Despite being raised in the Northeast, it feels safe to say that Alynda Segarra only truly grew up once she arrived in the Deep South.

Originally from the Bronx, New York, the founder and lead vocalist of indie band Hurray for the Riff Raff has never had a traditional approach to travel. Nowadays, most of her time on the road is spent on tour—but originally, it was running away from home that defined her sense of adventure.

After a childhood spent in one of the world’s biggest cities, she grew overwhelmed with a desire to see the rest of the country, from its largest metropolises to its tiniest towns. The need to explore all she’d missed out on called to her—and that was all she needed to pack her bags and go.

“I was 17 and kind of just followed my beatnik dream of riding freight trains and hitchhiking,” she says. “I was a little punk kid who traveled around with other kids and had no money and just wanted to see the world.”

Eventually, the artist found her way to the the Big Easy, where she settled, established her music career, and remains to this day. “When I came to New Orleans, I was like, ‘Okay, I gotta start figuring out my life.’”

And although Segarra has done just that—Hurray for the Riff Raff’s critically acclaimed music being just one indication that she has, in fact, successfully figured things out—her sense of adventure itself has yet to settle down. Here, she shares her travel routines, very favorite places to play, and how her Puerto Rican roots have shaped her identity over the years. 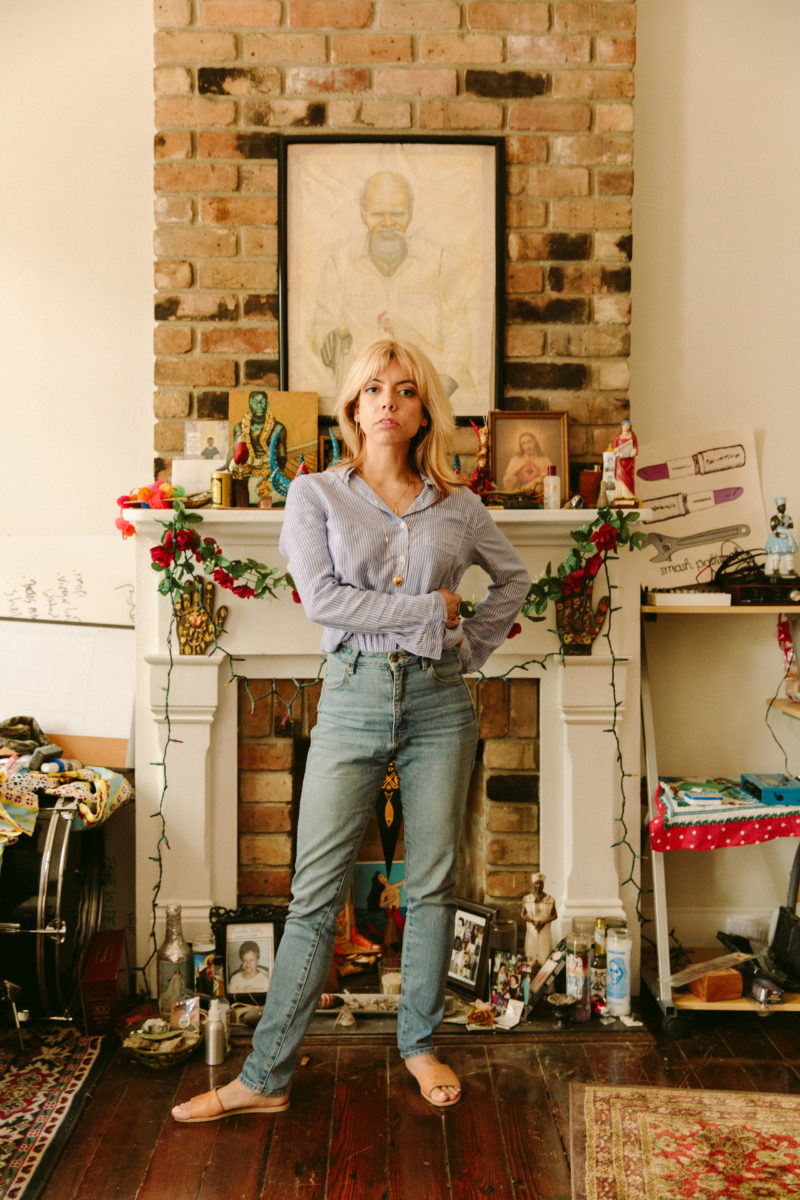 "I went all over the country, and I ended up in New Orleans eventually." 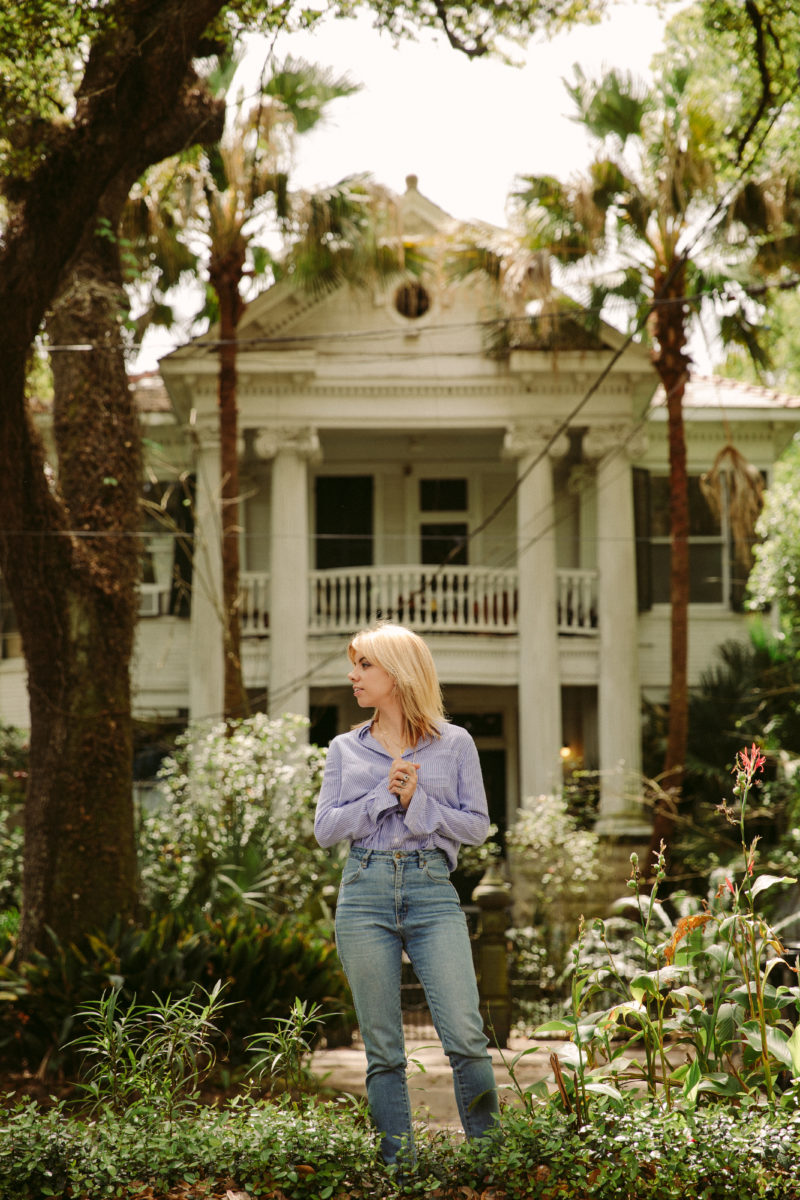 "Even though it was really fun, it was also such an endurance test and such an intense way to travel."

I’d always wanted to play music. I had always written poetry, and ever since I was a kid I sang, but I never thought I could do it for a living until I came here and I met all these other kids my age that wanted to play folk music, mostly because it was acoustic and we could travel with the instruments. I started singing on the street and playing banjo and guitar and washboard—that was my first instrument. Living in New Orleans, getting more confidence playing on the street, and taking in the history of the city, I started feeling like I could really do this.

My favorite place to play by far is Spain. Playing in Spain was like coming home. It felt like the audience was so there for it. People would meet me and be like, “Segarra, you’re from here! Welcome home!” My family is from Puerto Rico—and actually this past year, I got to play in Puerto Rico—and playing in Barcelona and Madrid, those were moments where I was like, “I can’t believe music brought me here.” It always feels like music is the vehicle, the vehicle that brings people and places into your life. I love being able to travel and give something. Being able to say, “Here’s my gift to you, thank you for welcoming me.” 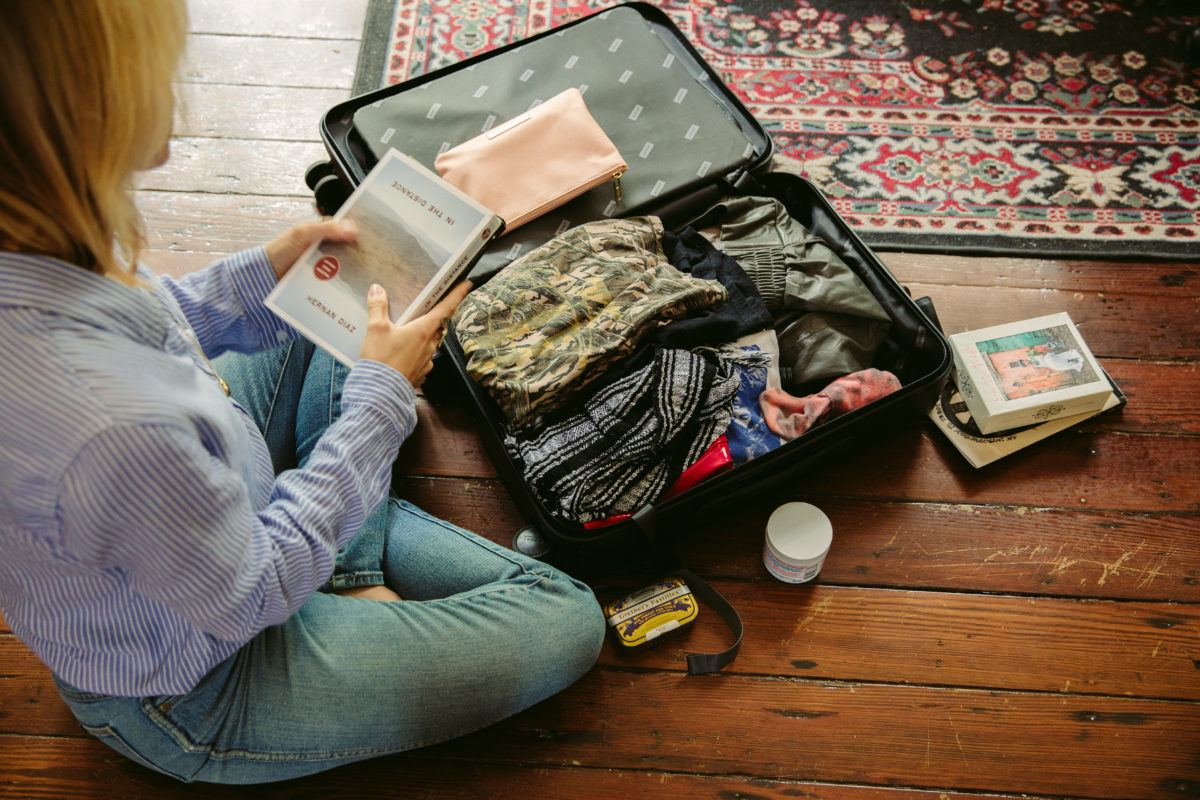 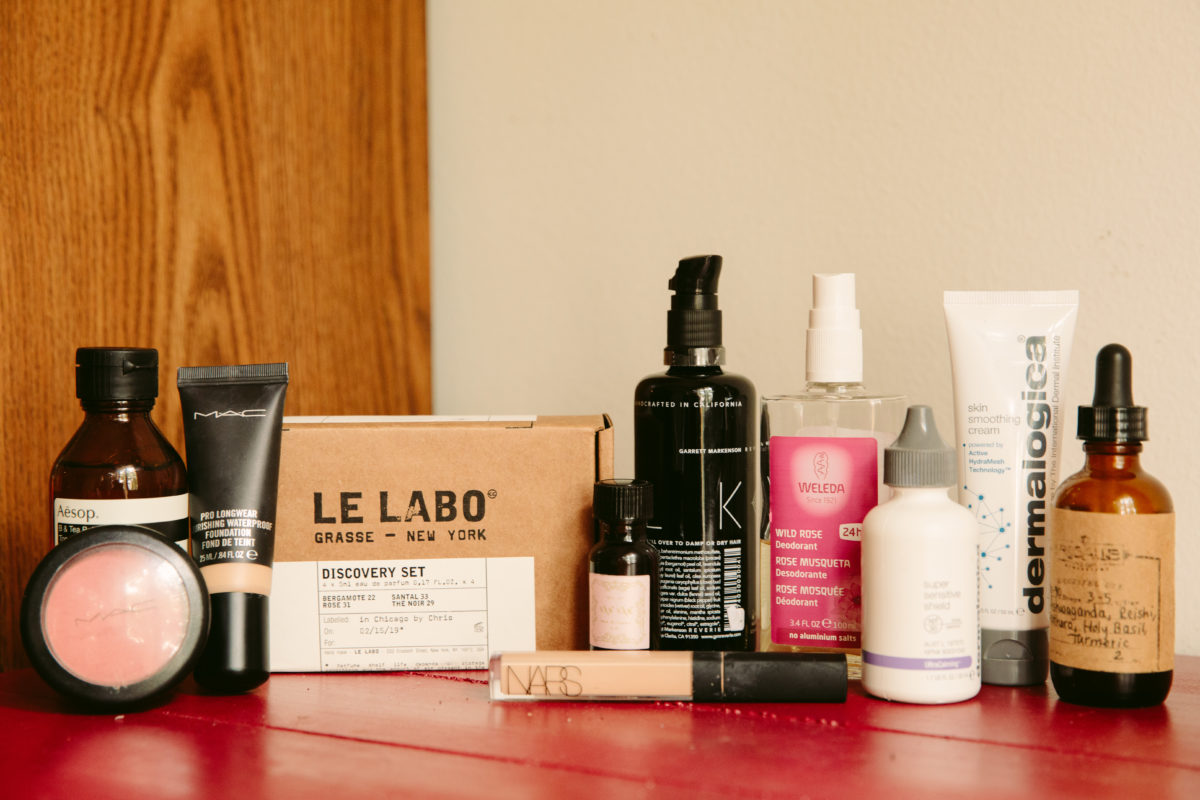 Some of Segarra's on the road must-haves. 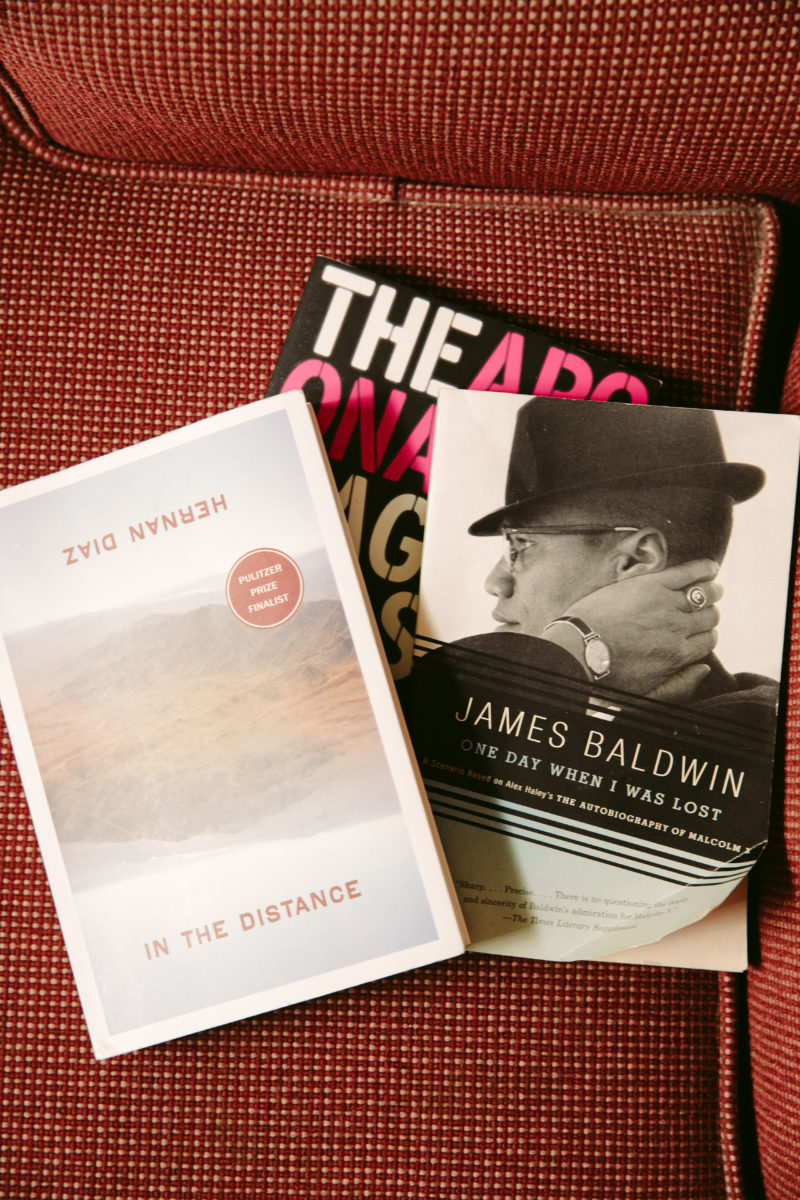 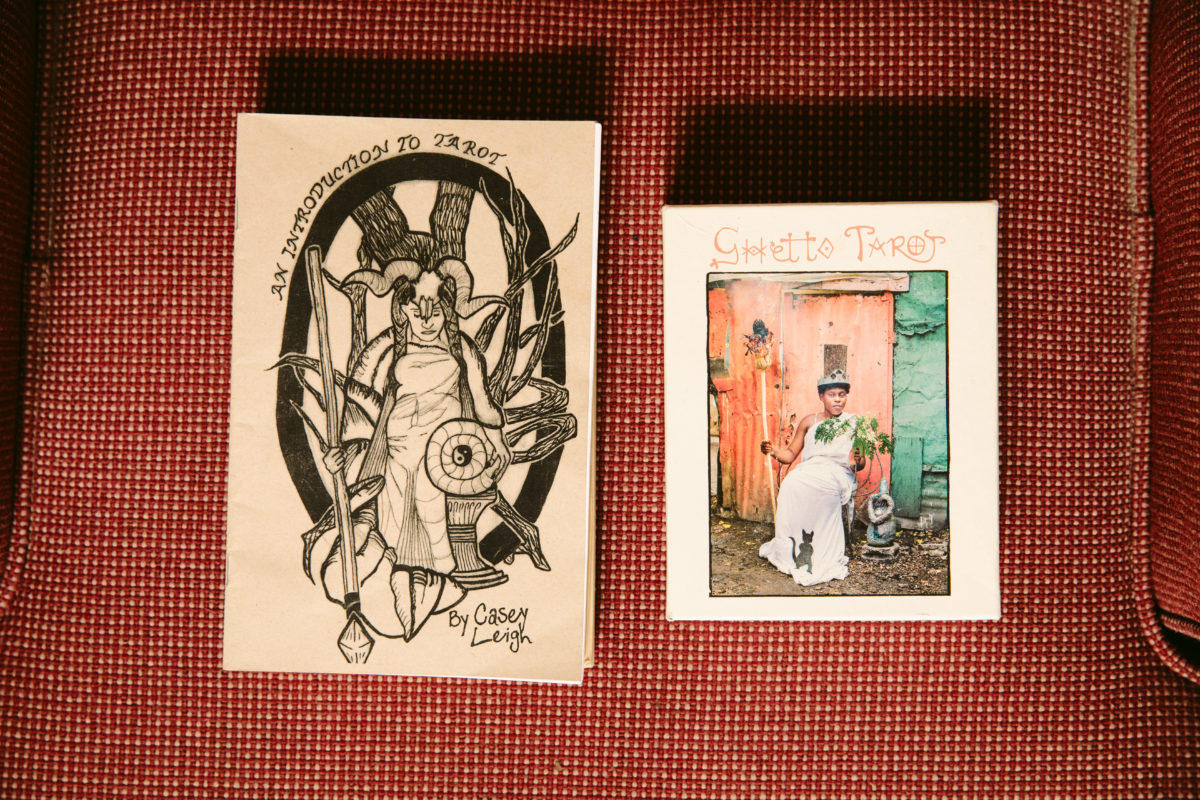 I grew up thinking that there was a certain way that Puerto Rican women were supposed to act, and I felt like I didn’t fit into that stereotype. It wasn’t until I got older that I started feeling like I really wanted to examine what it means to be a Puerto Rican woman. Through making my first album, The Navigator, I was able to read about all these amazing Puerto Rican women, artists, and rebels. I learned about the Nuyorican poetry scene, which is where my dad used to hang out when he was younger.

Learning about folks from that era, it was like, “I make perfect sense.” Those ideas of what a Puerto Rican is “supposed” to act like—all of a sudden I was like, “That’s so silly. We’re all humans. We’re gonna be complicated. We’re gonna be different. What’s going to tie us all together is a love of our culture and a love of our history and our music and our poetry.”

I normally start packing 2 days before, because I really love the day before I leave. I think I inherited this from my aunt. My aunt raised me and she’s always like, “I’m going on a trip next month, I’m already packed.” Since I know I love to have a lot of little things, I normally start getting my stuff together early.

I normally download music that I know I’m going to like listening to and start getting my books together before I travel. I’m also deep in the podcast world, so I download all my podcasts before I leave for a trip. I’m really obsessed with RuPaul’s Drag Race, so I download every podcast about it. It’s kind of like my football. It’s how you get into a sport and people listen to a podcast about their team and stuff. 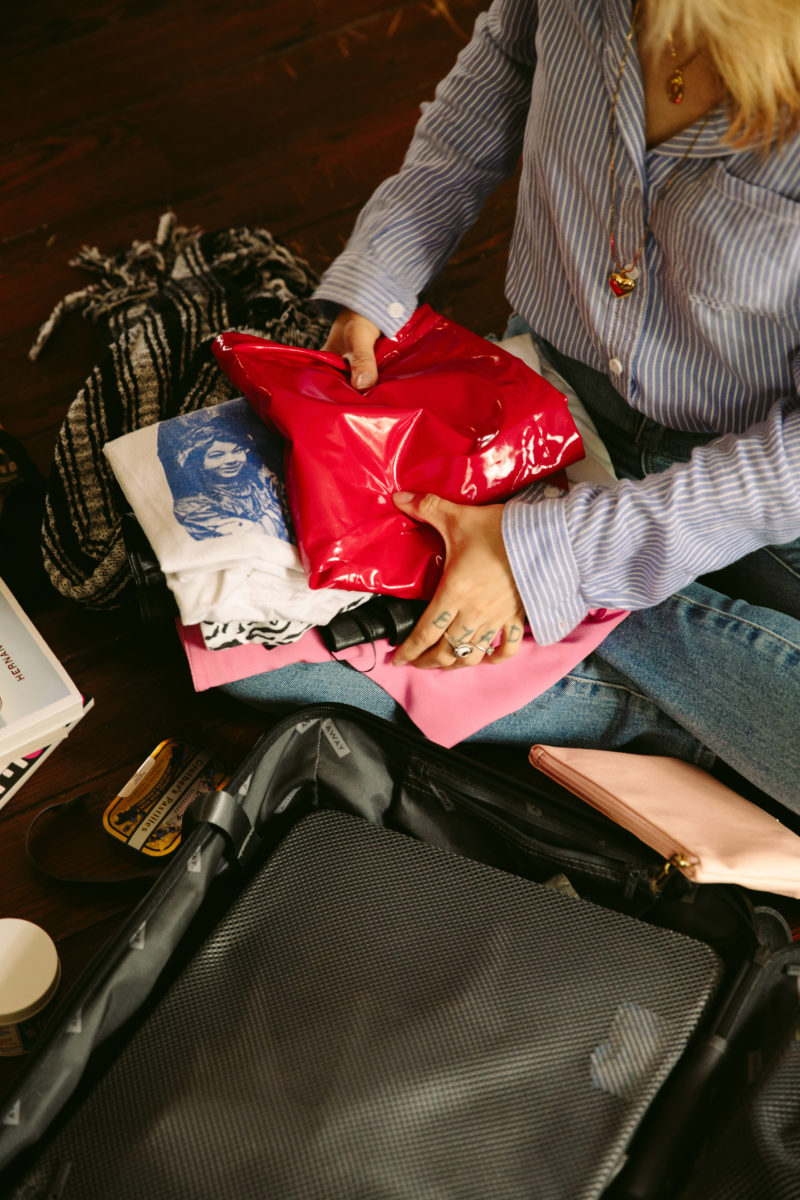 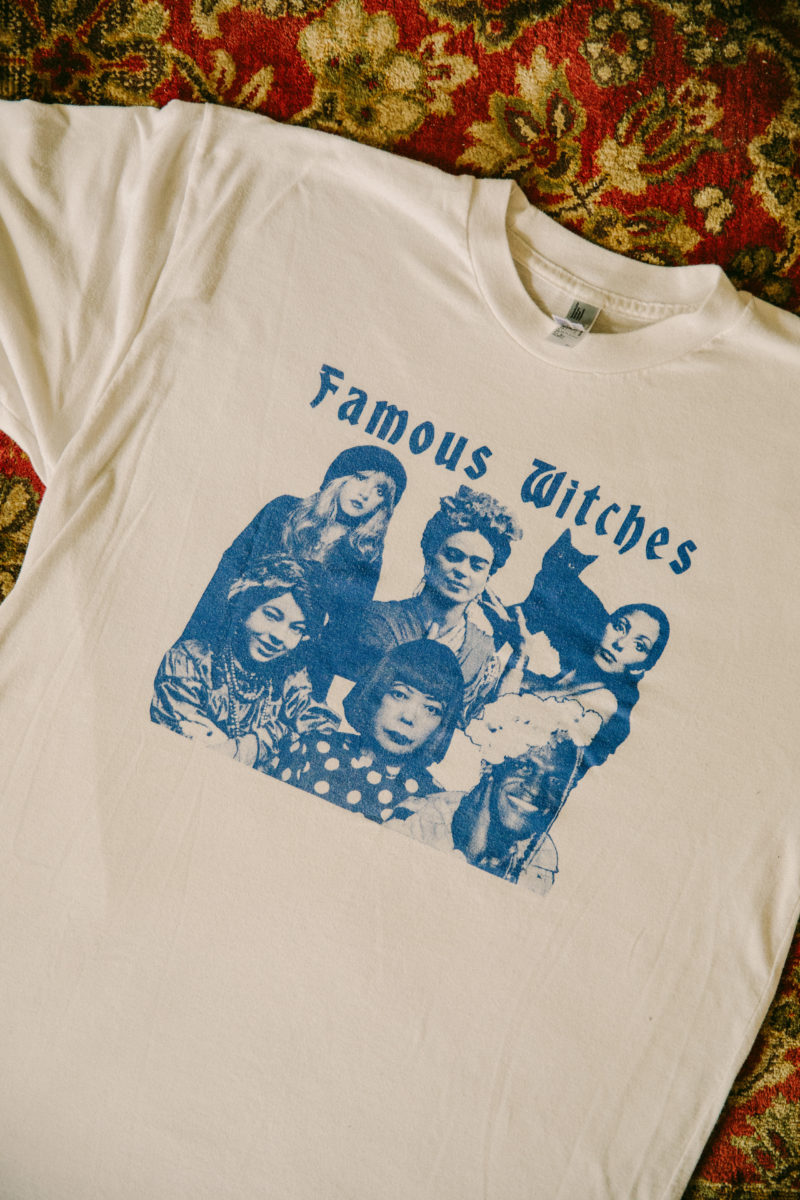 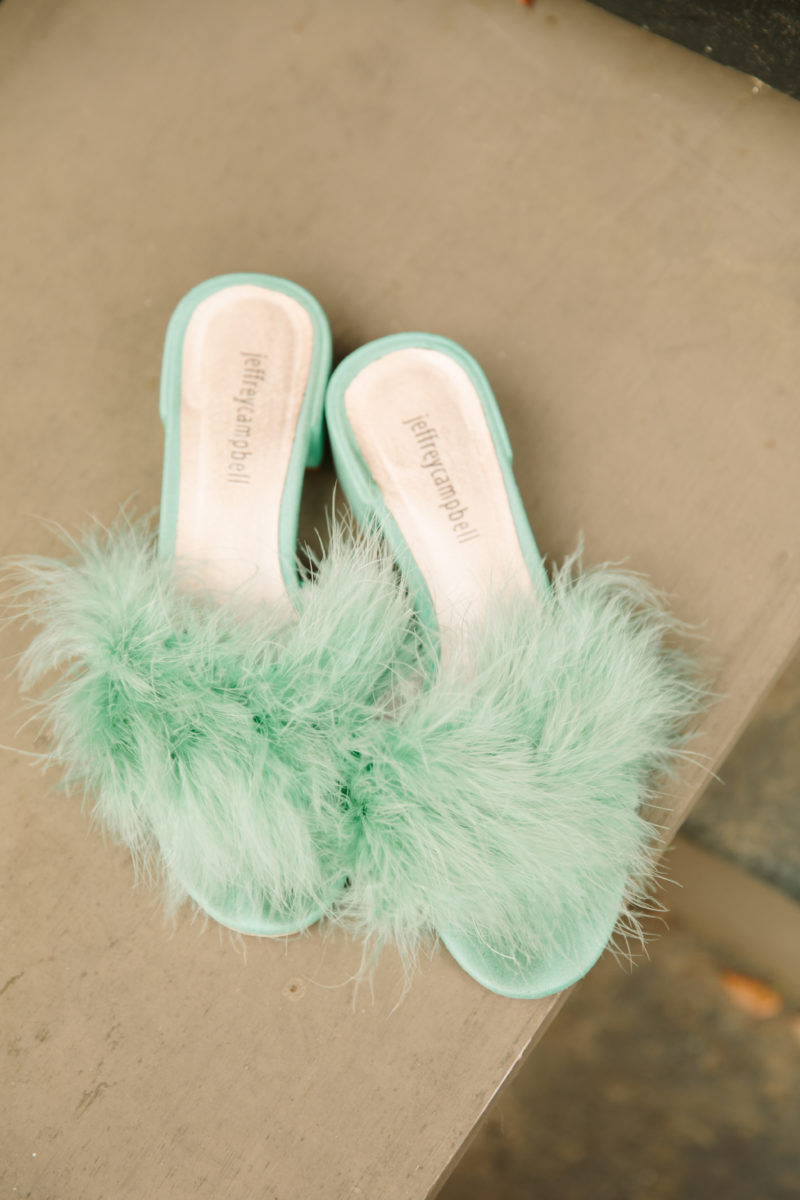 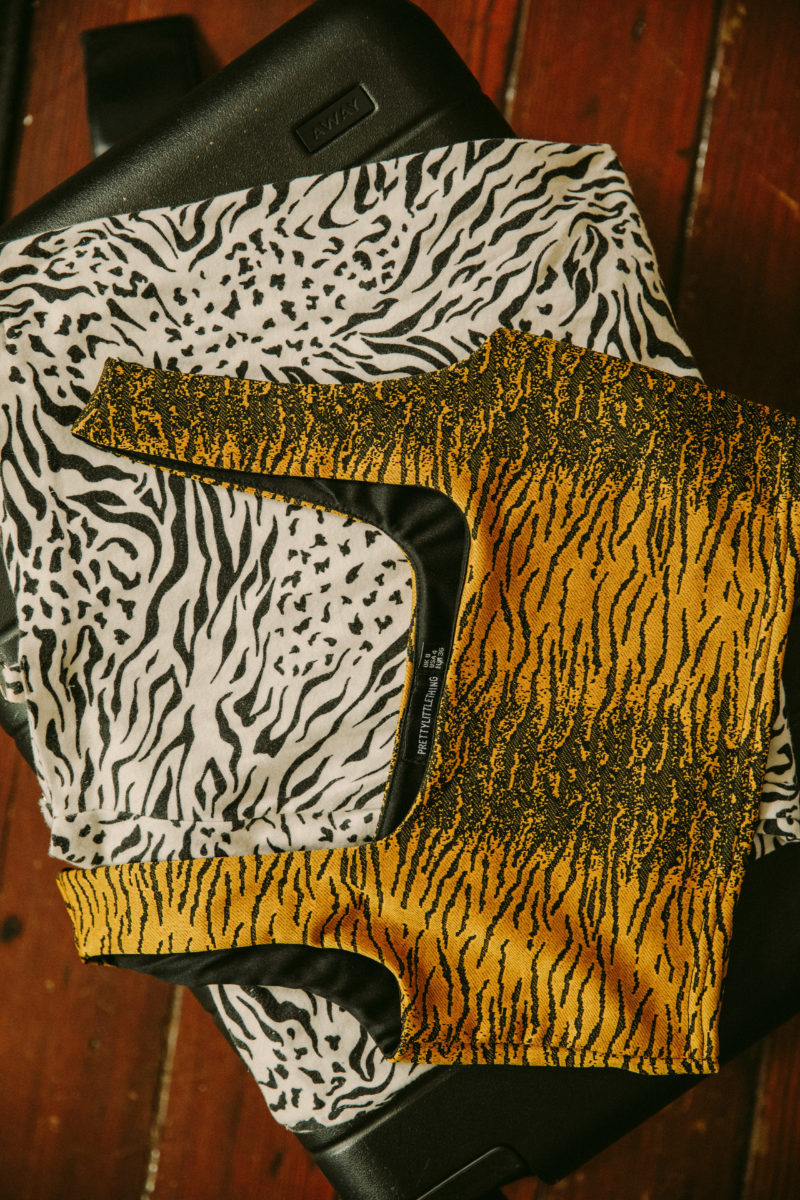 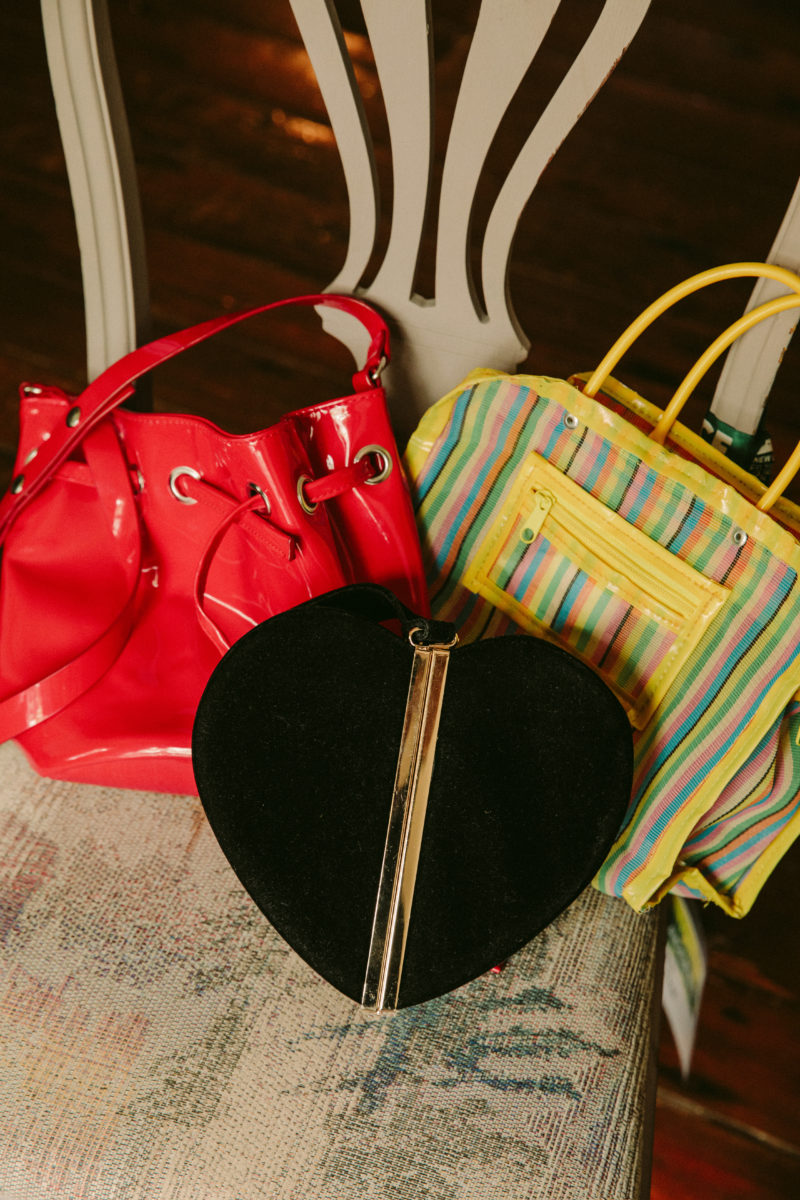 When I was a kid, I remember watching RuPaul on VH1. It was such a striking moment for me as a young weirdo. I think I was probably in 6th grade. Seeing these characters on stage, seeing this glamazon on VH1 at midnight, I remember being like, “How do I find you?” I remember thinking that this is my tribe. How do I find my tribe? How do I find the artists and the queens and the poets? That was always what I was searching for as a kid. I was so lonely and so weird.

It feels really great now to be a public weirdo, a bohemian artist. Thinking back on those moments that set me free as a kid, that made me feel like I could be my individual unique self and do my art and be as weird as I want to be. I think it’s so important to be that for kids now.

When I look at my suitcase sometimes, I’m like, “This is seven-year-old me playing dress up. Seven-year-old me would love those Jeffrey Campbell shoes.”  Where I grew up, I felt like society at the time was telling me that I had very limited options, so I needed to use my imagination. I needed to believe in the impossible, and [in] RuPaul saying, “You can dream up whoever you want to be.” In Rocky Horror, they say “don’t dream it, be it.” It’s this amazing idea of using your imagination. If you’re willing to be uncomfortable and willing to suffer a little bit, there can be so much growth and you can create the person that you’ve always wanted to be [since] you were six.