The Best Places to Travel in March 2020

Where to travel in March 2020 for last-minute spring breaks, ski breaks, and more.

Is March the most awkward month of the year? We would argue that the answer is a resounding “yes.” We’re caught between seasons (too warm to be winter, too cold to be spring); our wardrobes feel all out of whack; daylight savings is impending, throwing our sleep schedules for a loop; and to top it all off, Mercury is in retrograde and wreaking havoc on our lives once again. (Yes, we are choosing to sweat the small stuff.)

With that in mind, we feel entitled to some healthy escapism—and we think you’ve earned it, too. Whether you’re looking for last-minute spring break plans or squeezing in one last ski trip before the season ends, our top travel picks for March will give you just the getaway you need. 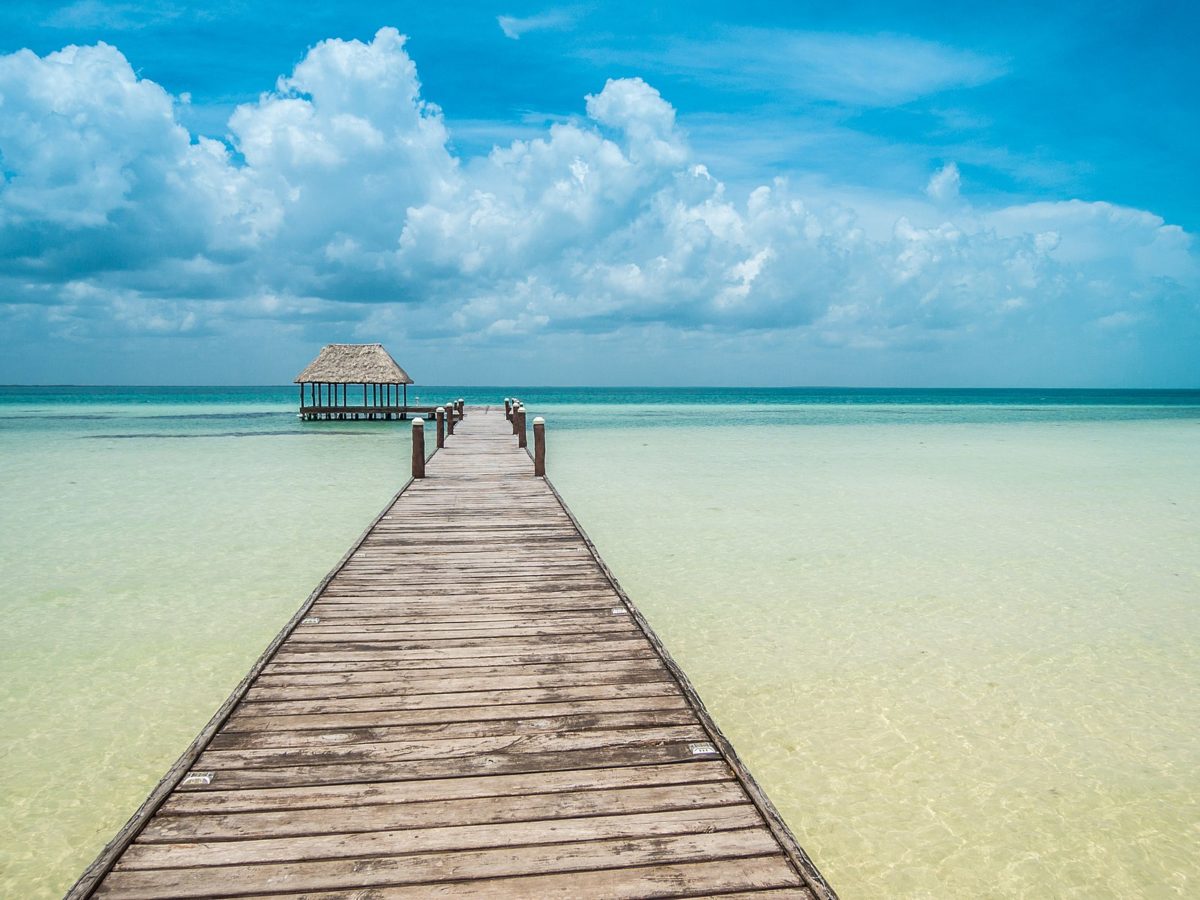 Just a quick ferry ride from Cancún, visit Isla Holbox for a chilled-out taste of island life. Photo by Dronepicr.

I’m not sure how “quick” this trip is from the mainland U.S., but if you’re one of the millions of Americans planning on heading to Cancún for spring break, opt for this secret island getaway instead. Just a quick ferry from the party city, Isla Holbox welcomes guests with laid-back island villas, fresh seafood, and—best of all—way fewer rowdy crowds. That way, you can have one too many margs on the beach in the comfort of your own chosen company. –Tiana Attride; Editorial Assistant 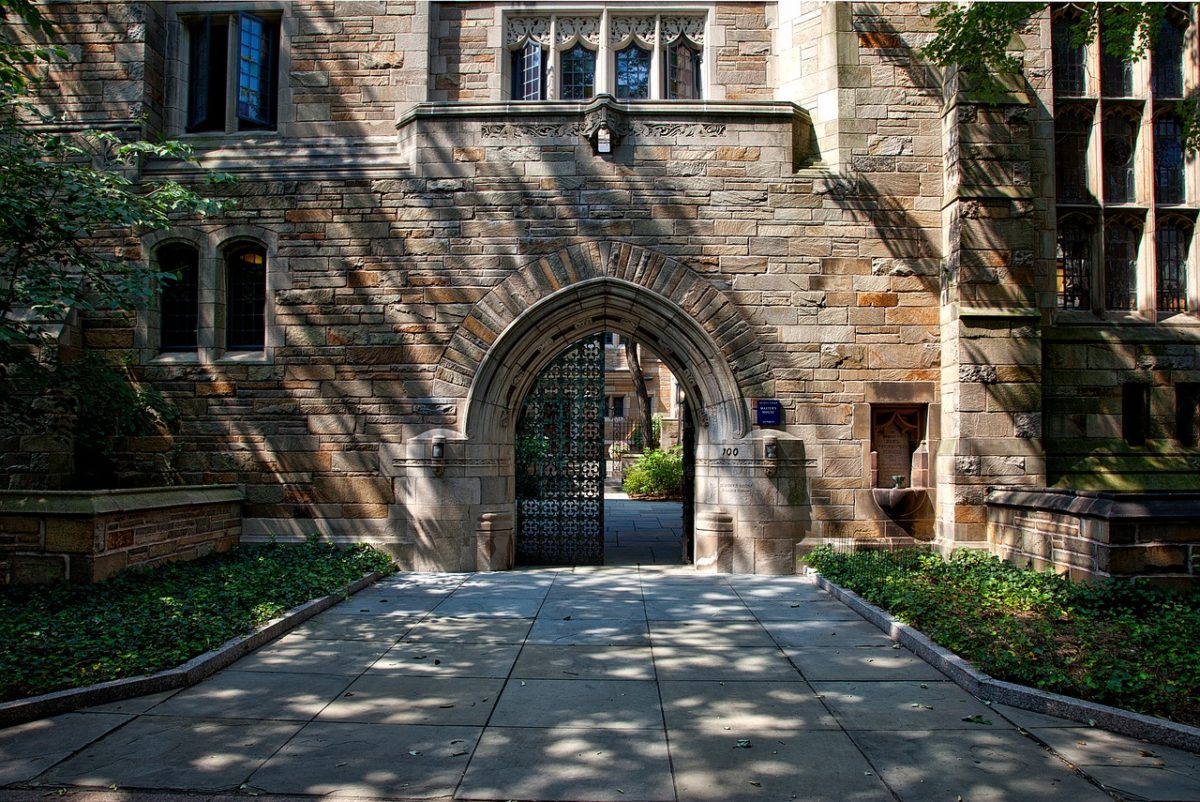 After a couple years of trying (and failing) to be dairy-free, I’m back on the cheese wheel of life, and I have to make up for lost time. Luckily, all it takes is two hours on the Metro-North to reach the mecca of thin-crust pizza (and also, consequently, my birthplace): beautiful New Haven, Connecticut. I’ll concede that the “beautiful” is up for debate, but the designation as the world’s best pizza city is not. Modern Apizza (no, that’s not a typo) is my family’s go-to for our time-tested favorite: the white clam pie. Mozzarella cheese, giant chunks of fresh garlic, fresh clams, and a squeeze of lemon juice—the perfect snack to ingest while watching the Yale hopefuls scurry along on campus tours. —Emma Glassman-Hughes; Senior Associate Editor, Print 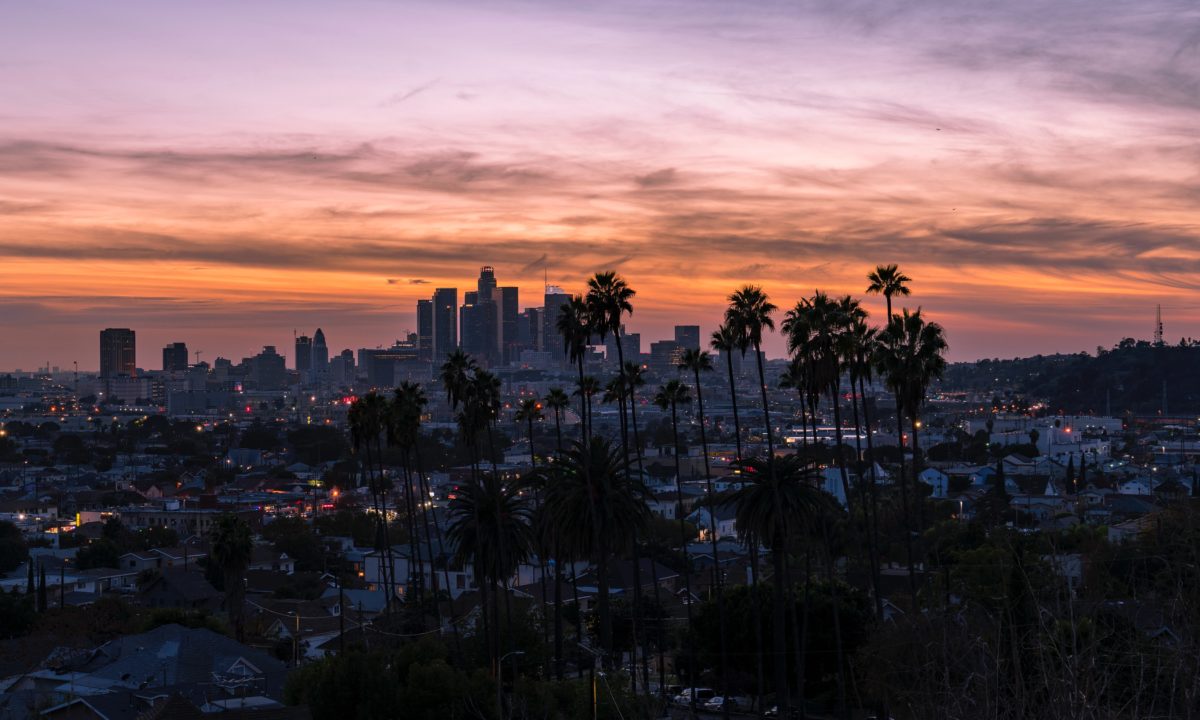 Los Angeles, California: a city with an "it" factor as undeniable as that of its residents. Photo by Sterling Davis.

There’s just something about it. For all you skeptics, I was very much among you before I tried it—but LA just has an innate coolness, a freshness that trumps the traffic and clichés. (It just does! Don’t fight it.) For me, it’s a tonic for stress and workaholism. Plus, stepping off a plane into 70° and soft sun after taking off in a more standard late-winter 45° can’t be beat. —Chloe Scheffe; Art Director 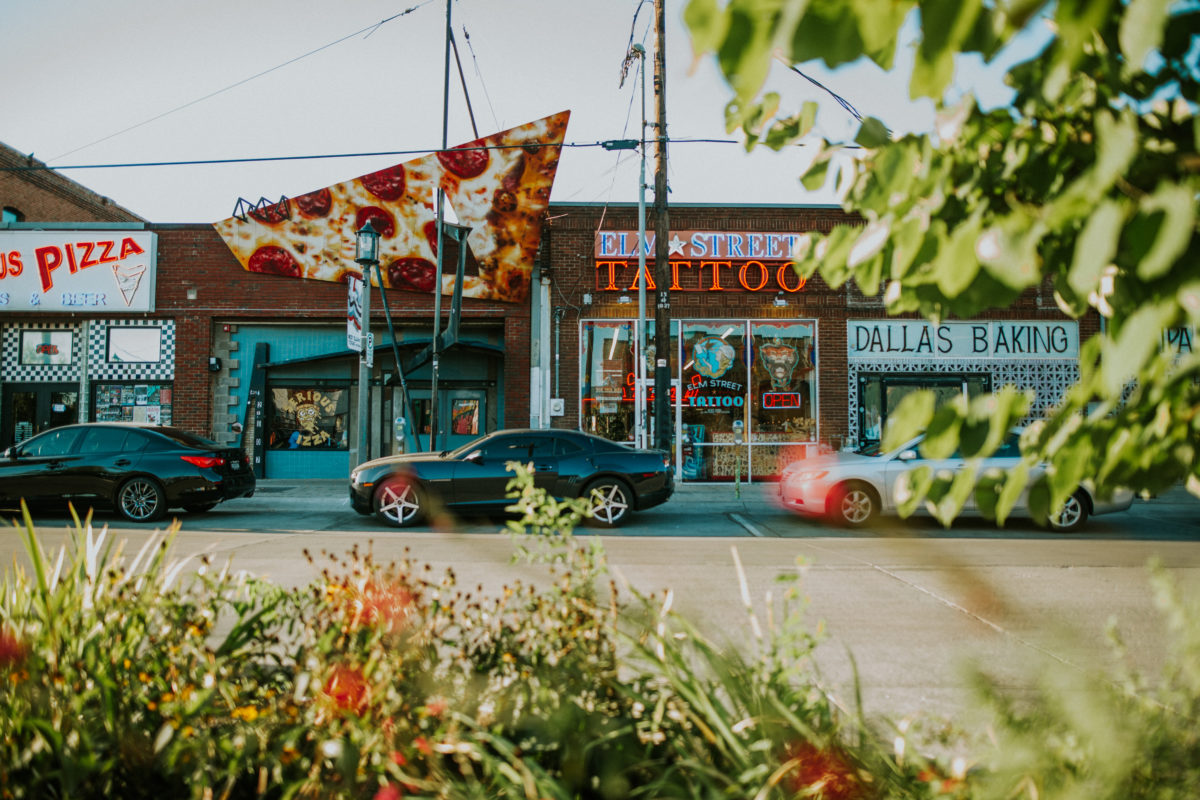 Deep Ellum is one of Dallas's most popular neighborhoods for good food, good drinks, and good times. Photo by Christina Childress.

Now is as good a time as any to experience Dallas’s burgeoning food and drink scenes—from the famous Nitrogen Margarita at Beto & Son to the envelope-pushing (and sustainable) menu at Petra & the Beast. Explore neighborhoods like Bishop Arts District or Deep Ellum for great shopping and we-could-totally-live-here vibes and finish the day off with a Lone Star beer at one of the state’s best music venues. —Annie Werner; Managing Editor, Digital 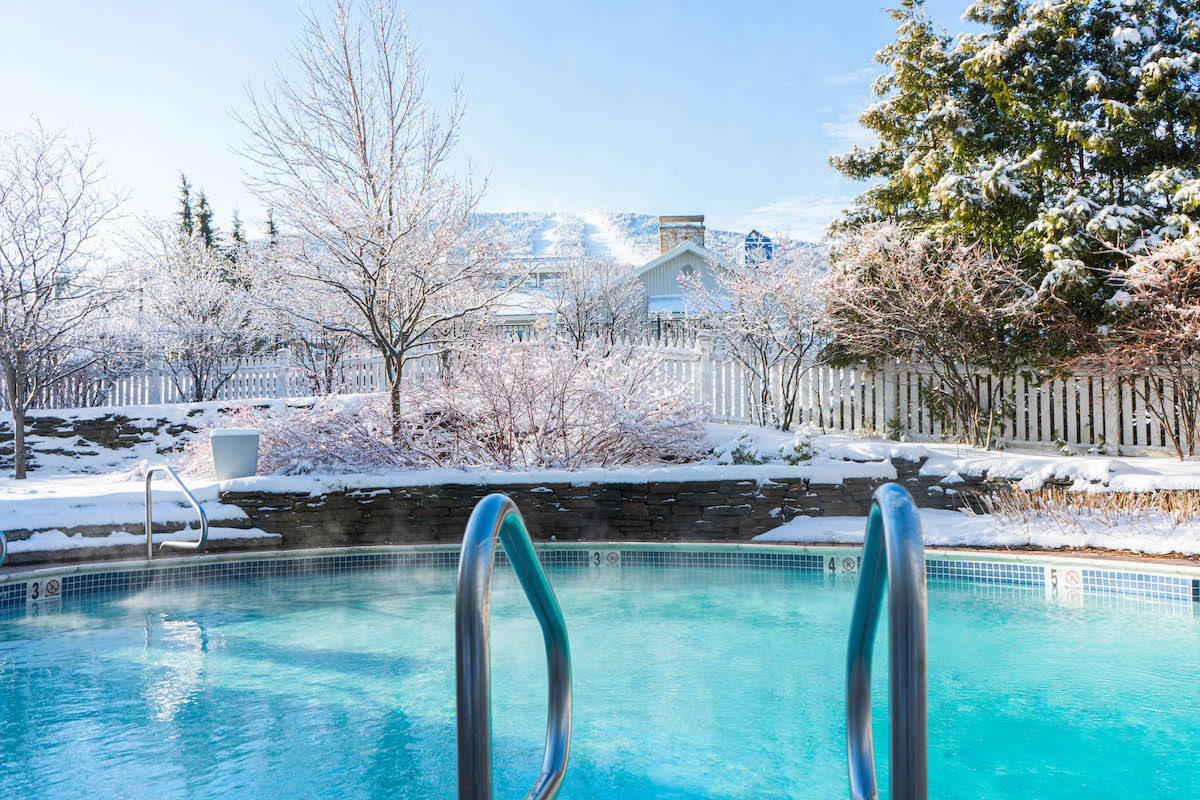 There’s lots of good last-minute trip inspiration in our round-up of the nine best female-friendly ski resorts around the world, but I have my eye on Stratton Mountain Resort in Vermont. Their three-day clinics also include meditation and yoga classes, making it the ideal escape from New York. —Ally Betker; Editorial Director 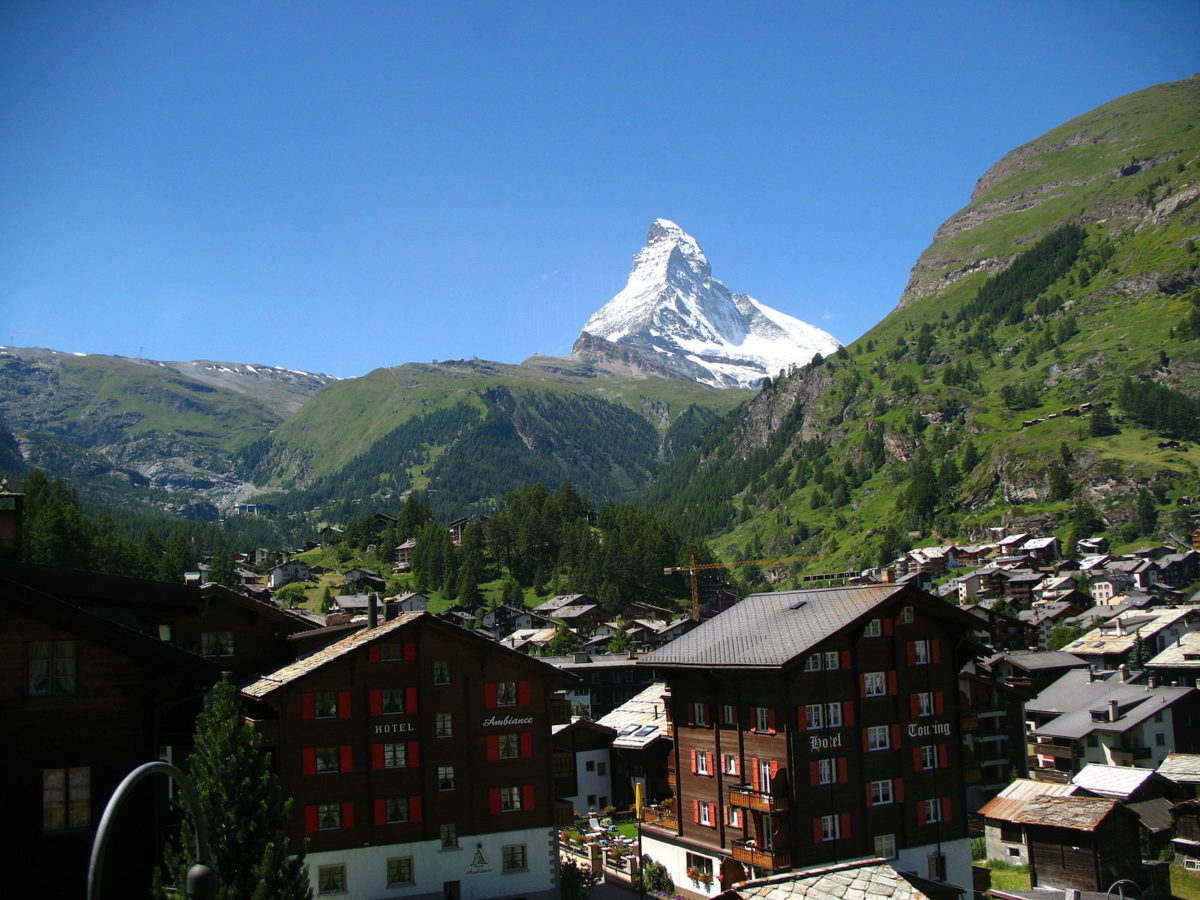 Zermatt is recognizable by the Matterhorn, the snow-capped mountain that overlooks the town. Photo by Andrew Bossi.

Is the view from this village perhaps one of the most iconic mountain scenes of all time? Probably—but no matter how many times it pops up on my Instagram feed, it never really gets old. The twisted facade of the Matterhorn towering in the distance, Zermatt may be one of the most fantastical ski towns on earth—plus, if you’re like me and have more interest in Swiss cheese and chocolate than winter sports, fondue with a view doesn’t sound half bad, either. Either way, it’s a win-win! —TA 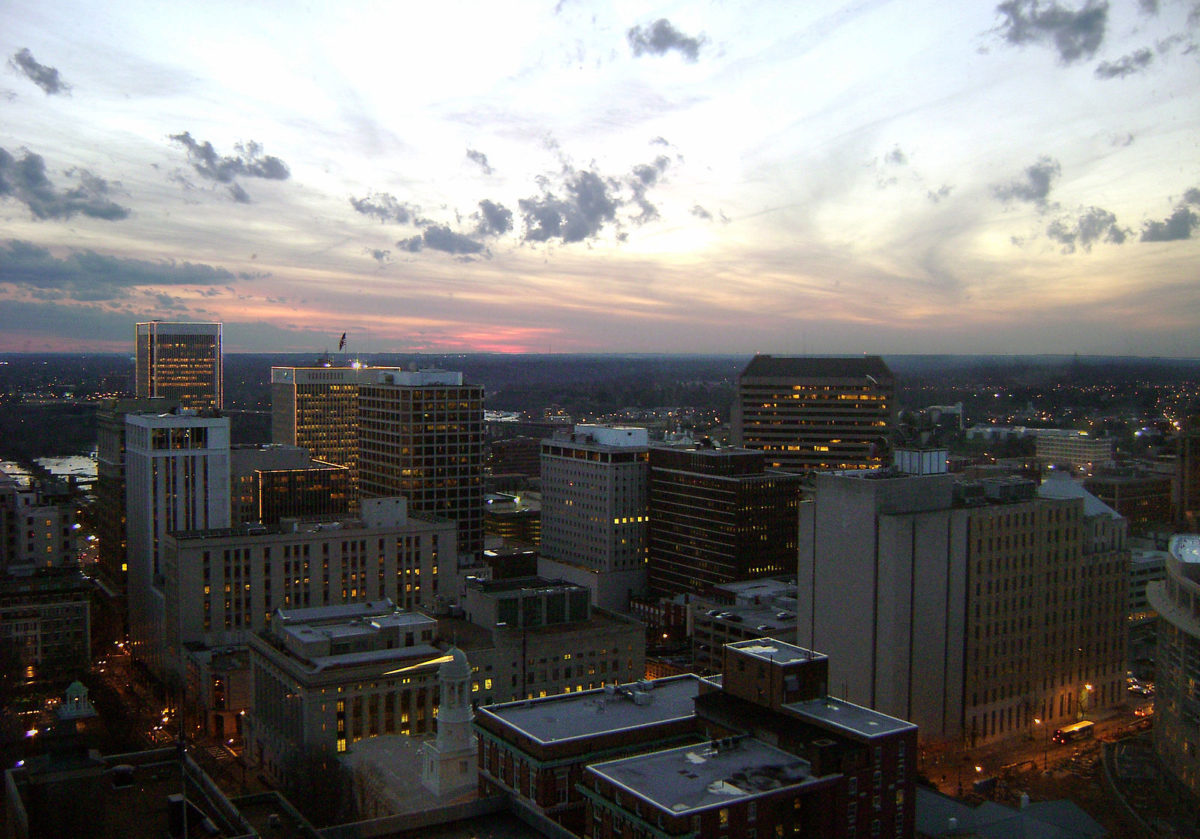 Richmond, Virgina is well known for its lively punk music scene. Photo by Will Weaver.

If you’re road-tripping down to Florida (godspeed), take a detour to Richmond, Virginia. It’s one of the country’s most underrated music cities, best known for its flourishing punk scene. Jazz and R&B are also growing in RVA, home to the annual Richmond Jazz Festival, which drew around 14,000 visitors in 2019 and features jazz, blues, R&B, soul, hip-hop, and funk. —EG-H 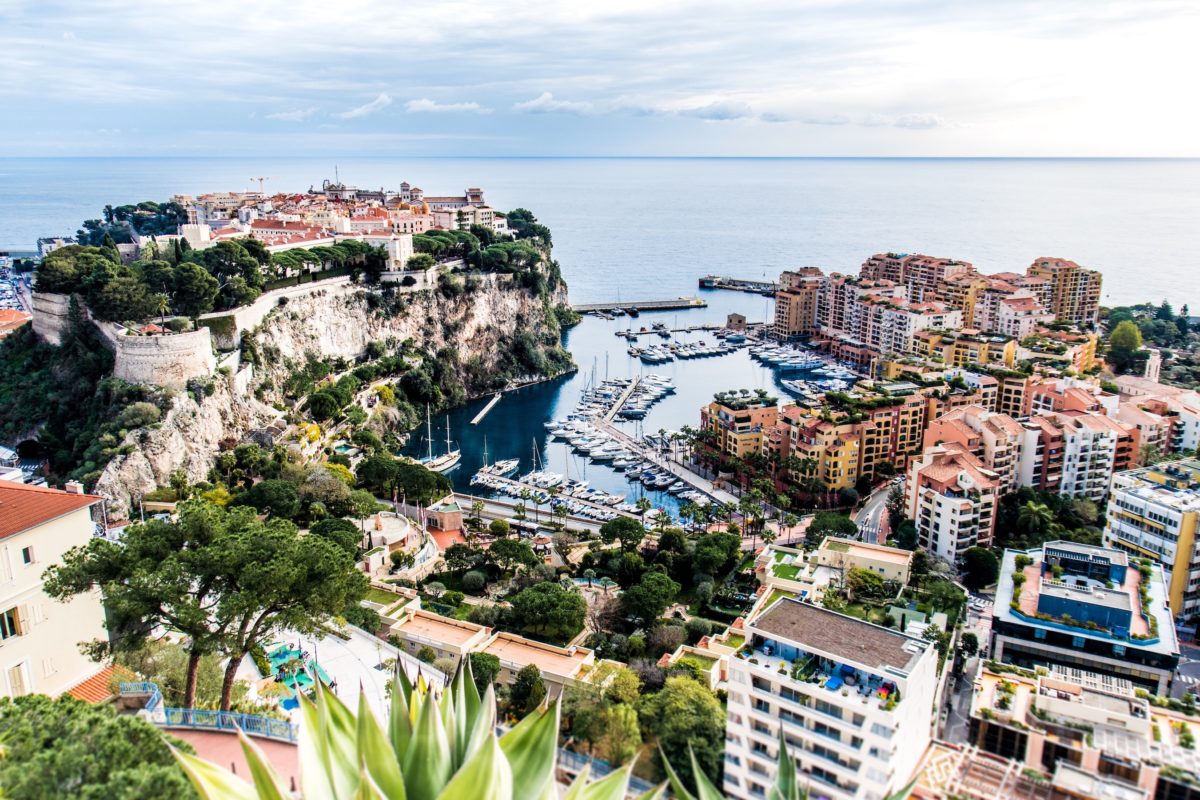 Monaco is known as playground for the rich, but it's become increasingly popular for everyday travelers in recent years. Photo by Julien Lanoy.

There’s a certain glamour to spring break, so why not take advantage of that precious time off and live it up? Like, properly. Cue Monaco, a destination literally synonymous with Grace Kelly and millionaires. Luckily, you don’t have to have big/old/new/fabulous money to fully enjoy this French-Mediterranean isle. *chef’s kiss* —CS 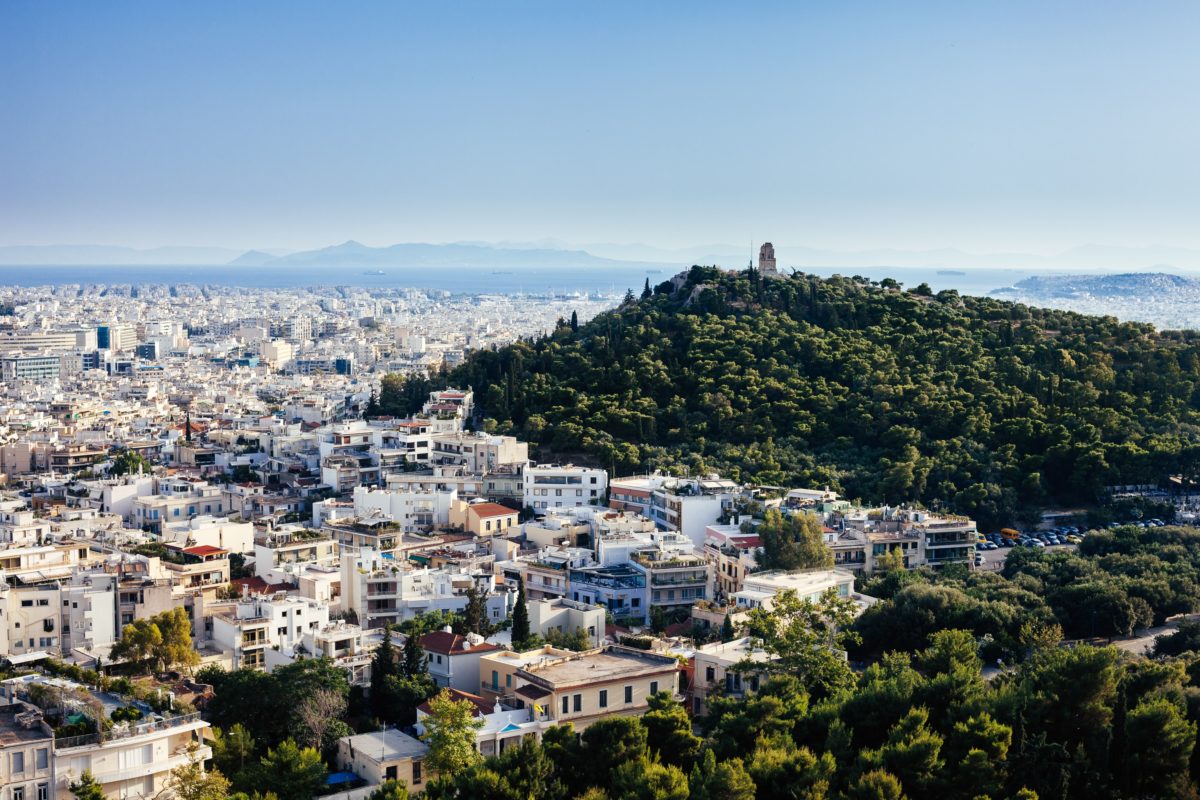 Athens, Greece is one of the oldest cities on earth. Photo by Oleksii Khodakivskiy.

While I’m due for a “proper” spring break with beaches, bikinis, and drinks mixed as sweetly as the DJs playlist, I’m truly a nerd at heart. I crave long walks through ancient ruins (I think you can see the beach from the Parthenon?) and learning about local wine from connoisseurs in nearby Attica. Also happy to hit up some of these cute design-y shops and hit the hay at the chic Periscope Hotel by 11 p.m. It’s spring break, bitches! —AW 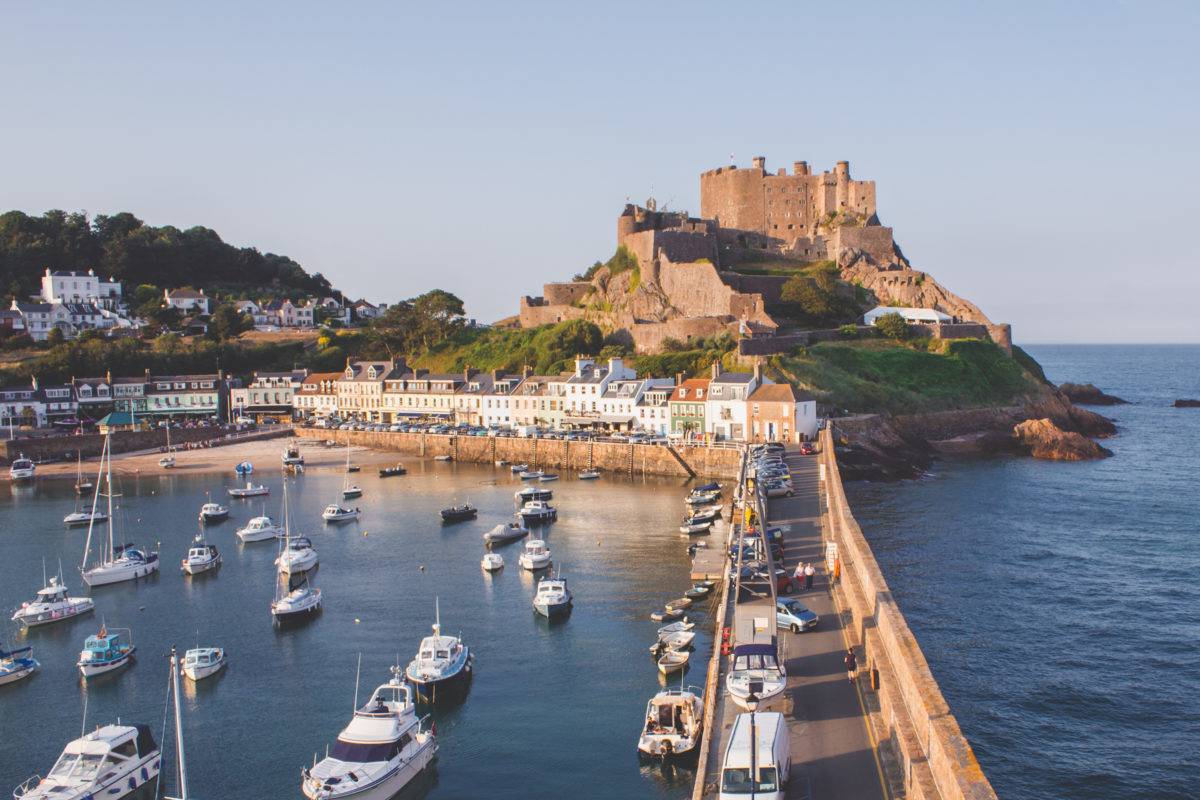 Although Great Britain isn't known for surfing, it's a popular pastime for residents of Jersey. Photo by Matt Porteous.

Great Britain may not be known for its beaches, but Jersey, the largest of the Channel Islands, is making me reconsider. According to the British royal family’s official photographer, Matt Porteous, it’s the perfect destination for surfing, World War II-era forts, and eating breakfast at a spot called Nude Beach. May not be the making of a traditional spring break, but I hate to be predictable! —AB 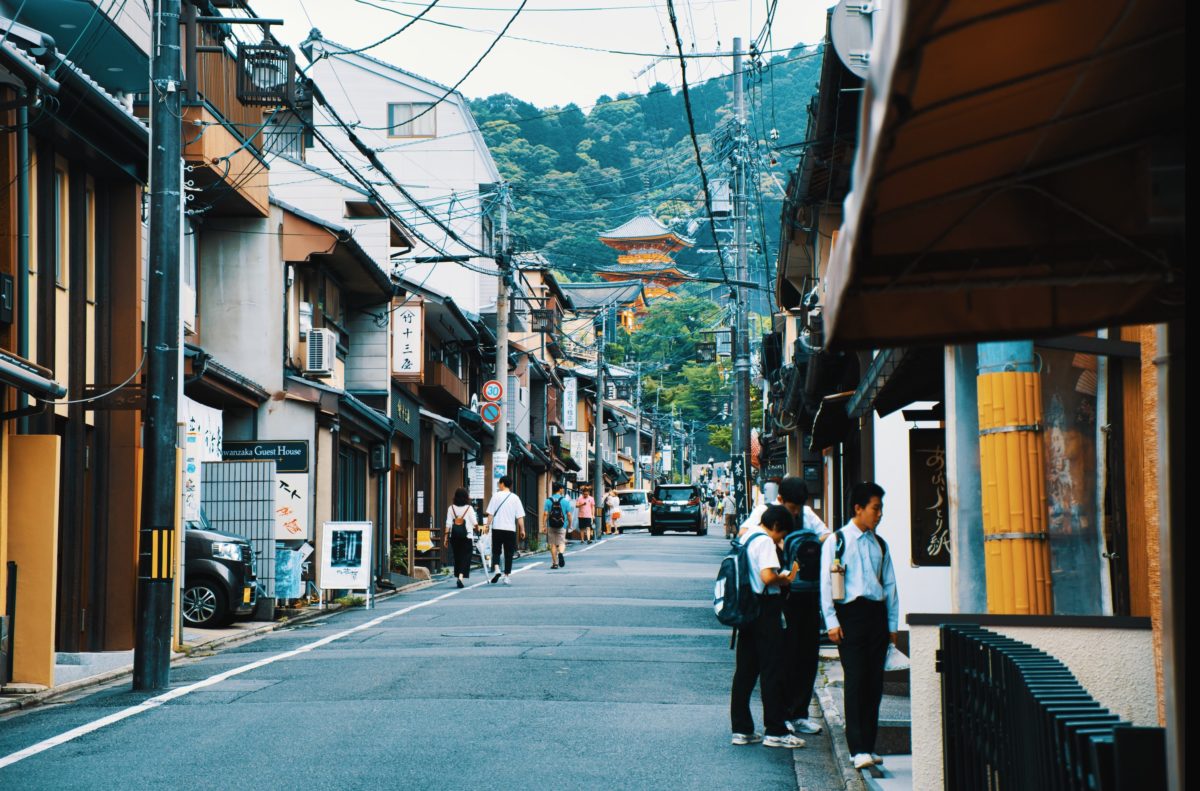 Kyoto was the capital of Japan until 1868. Photo by Juan Broullon.

This month (after a slight delay!), Japan is on the menu! After I hit Tokyo, I’ll be taking the shinkansen down to Kyoto, the former capital and traditional center of Japan. Along with several days of exploring world-famous temples and sampling everything along Ponto-chō, the narrow street lined with the best bars and restaurants in the city, there’s one more little thing I’m looking forward to: a visit to The Ramen Factory, the only restaurant in the world that lets you make (and, obviously, eat!) your own bowl of piping hot ramen from scratch—noodles, egg, tofu, and other toppings included. —TA 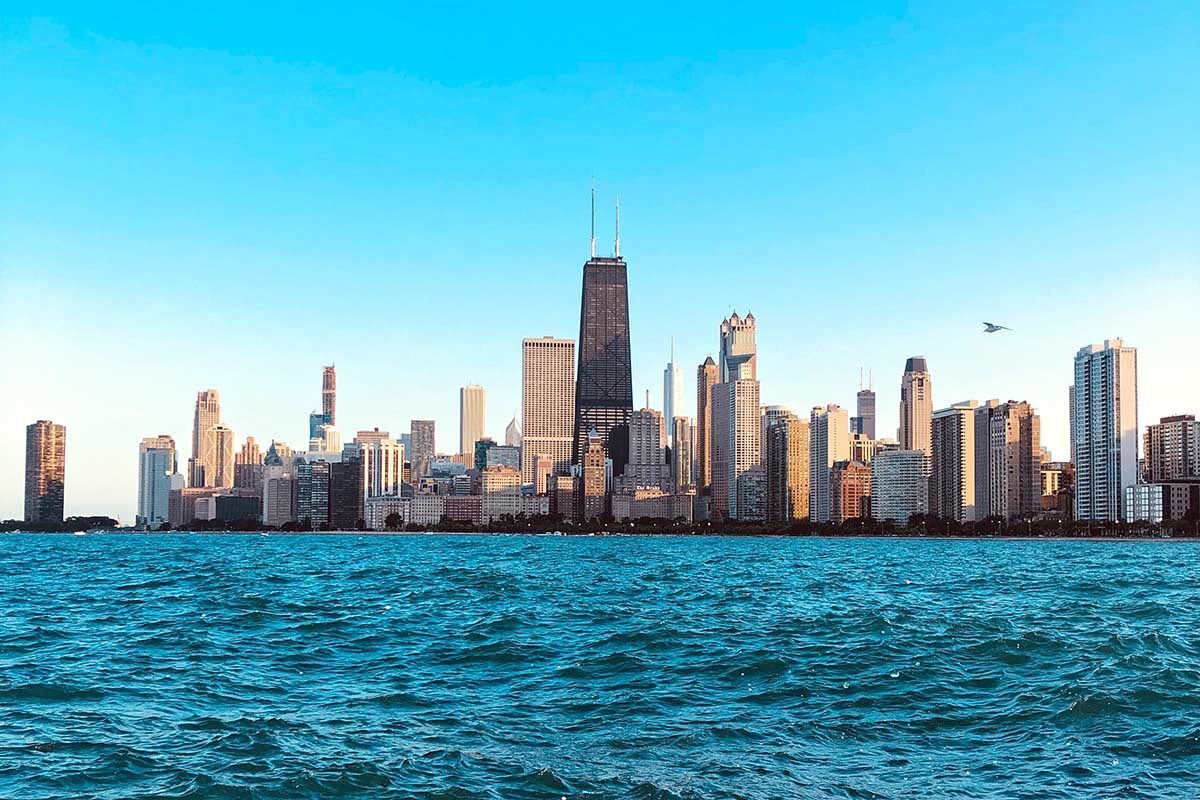 It’s been five years since I last visited the Windy City and to say I’m overdue is an understatement. From queer-friendly nightlife like the weekly Queen! dance party at Smart Bar to quirky museums like WNDR and vintage shopping at Knee Deep Vintage, there’s plenty new for me to explore when I drop in for a visit in March. —EG-H 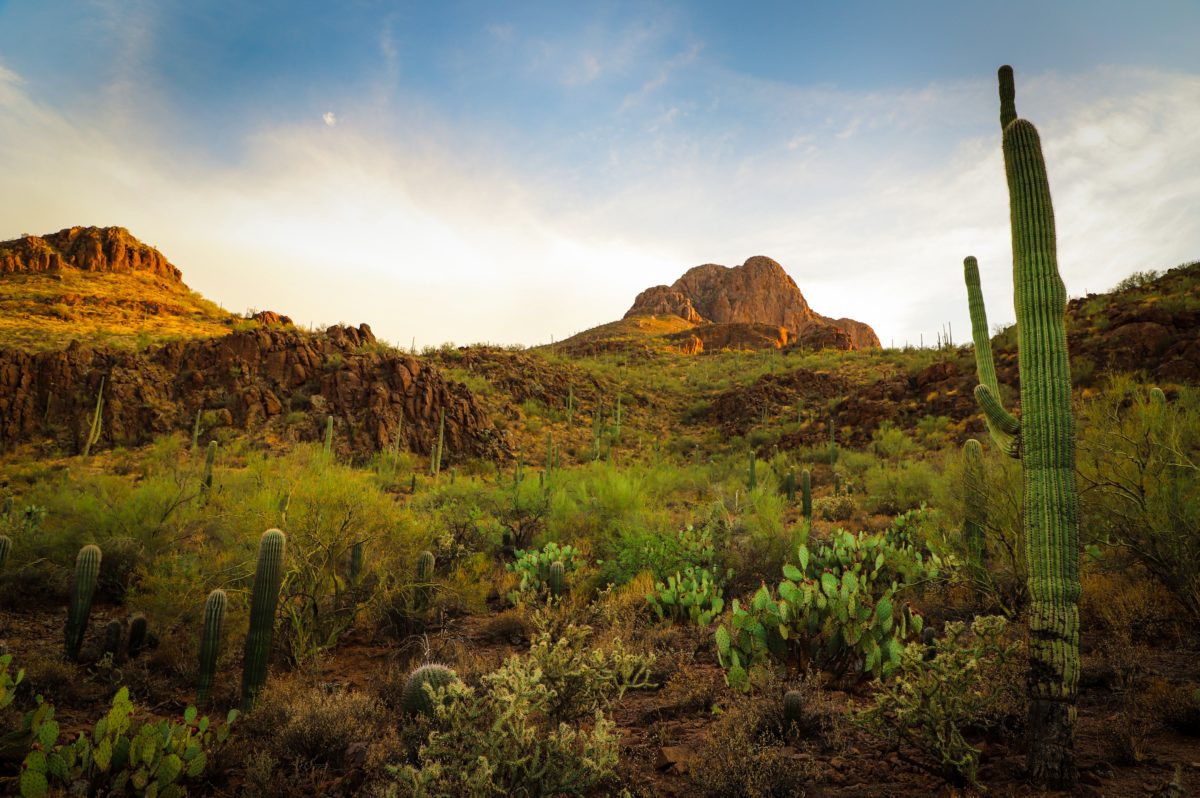 I’ve been yearning for an American Southwest moment and I’m finally getting my fix this month. I’ll be staying at Hacienda del Sol and eating all the carnitas and freshly baked local bread. I’m going to show bare legs and wear oversized sunglasses (bye, NYC winter!) and there’s nothing you can do to stop me!  —AW 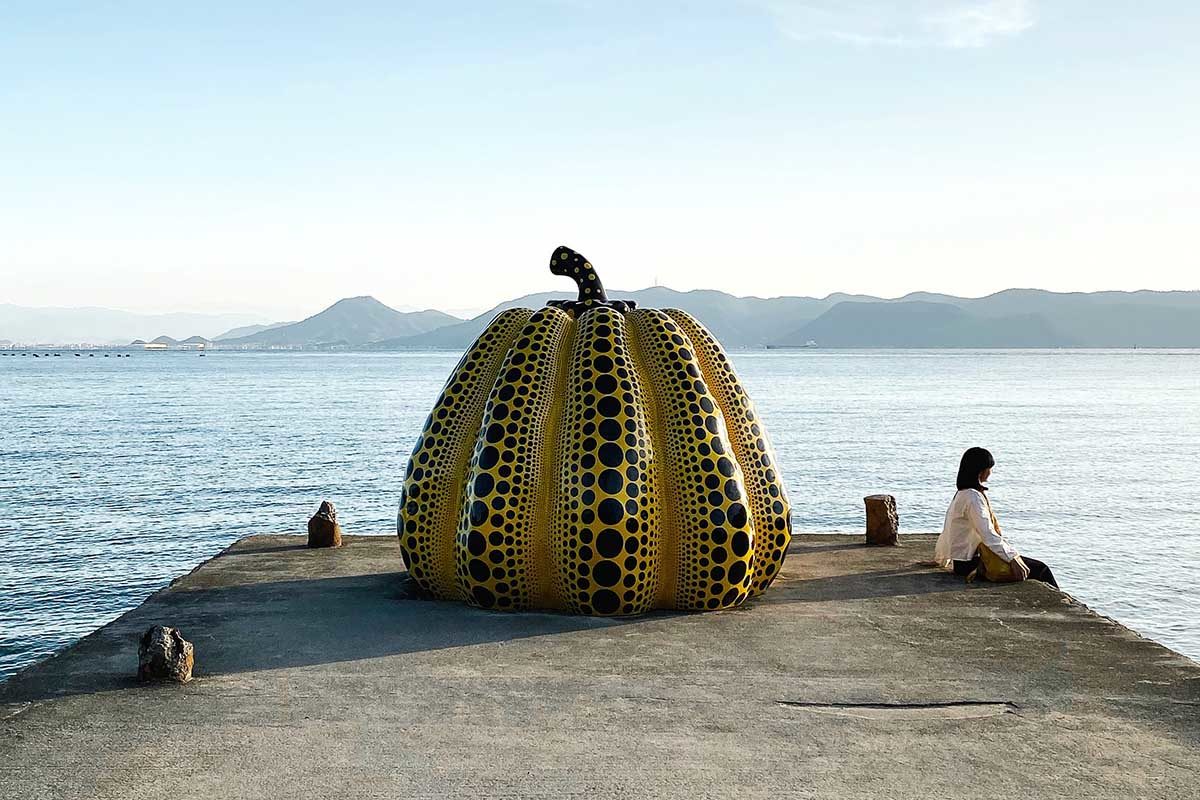 I’m also heading to Japan this month, and in addition to Tokyo, Kyoto, and Osaka, I’ll be spending two nights in Naoshima, Japan’s art island in the Seto Inland Sea. I’ll be taking in Yayoi Kusama’s iconic pumpkin sculpture on Miyanoura Port, a public bathhouse that’s also an art gallery, and the James Turrell pieces at the Chichu Art Museum. I’m booked in at Benesse House, a museum/hotel combo designed by Ando Tadao. Guests at the hotel have 24-hour access to the hotel’s modern art museum, which houses works by David Hockney, Walter De Maria, Andy Warhol, and Bruce Nauman. —AB