The Best Places to Travel in February 2020

Few things could be more romantic than views of Mt. Fuji over Tokyo. Photo by Yu Kato.
IndexHere Magazine

Where to travel in February 2020 for the world’s most romantic sunsets, self-love, and frankly phenomenal day-drinking.

It’s February, and you know what that means. With Valentine’s Day approaching, romance is in the air again—as is the team at Here Mag.

There’s hardly a better way to test the strength of a relationship than by traveling together. That being said, it would be our pleasure to eliminate the first potential debate between you and your beloved and help you decide: Where should we have our first romantic getaway?

Here’s where our editors are headed this month, as well as the best places—whether you’re single or taken—to travel in February. 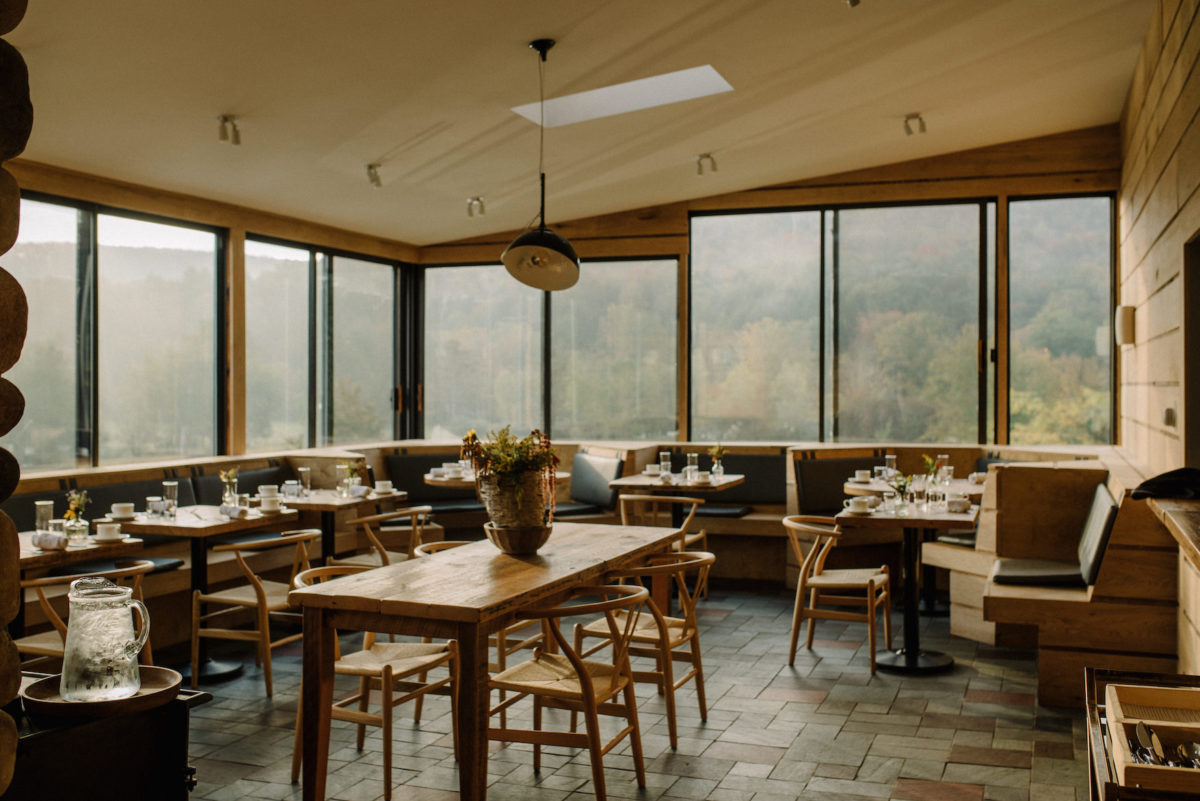 The dining room at the DeBruce overlooks the Willowemoc Valley in upstate New York. Photo by Lawrence Braun.

The beach is always a surefire way to kick off a romantic weekend, but in my opinion, getting snowed in with your boo is even better. There are a lot of places where real winter doesn’t kick in until January or February—including Upstate New York. Rent a cabin, get cozy in front of a fireplace, and don’t let bad weather discourage you—there’s always plenty of fun (ahem) to be had indoors. –Tiana Attride, Editorial Assistant

Newport isn’t a textbook destination for romance per se, but for bibliophiles of the Austen-Bronte-Tolstoy-McEwan persuasion, it’s just what the doctor ordered. This is primarily because of the Cliff Walk, a heart-melting three-mile walk along a cliff that faces the sea, dotted with historic mansions. Stay in Newport for true seaside village vibes, or spend the night in nearby Providence, which has more to offer in the way of bars and restaurants. Some favorites: The Dorrance for drinks, North for dinner, Pastiche for dessert.  —Chloe Scheffe, Art Director 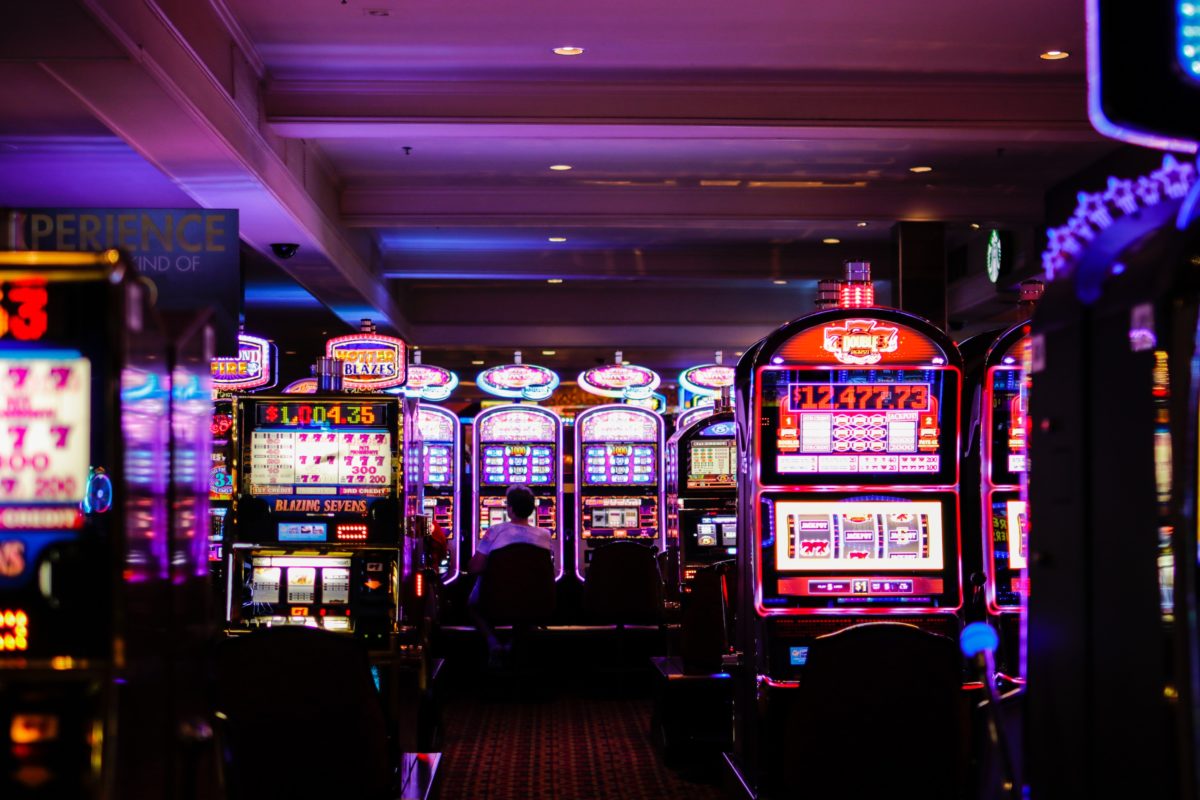 I’ve never been to Vegas, but if I went, I’d skip the bachelorette version and head there with my significant other. What better place to lean in to the Hallmark-ified holiday than by day drinking, hitting a pool party, and taking in the sweet sounds of Christina Aguilera? When that gets old (after approximately one day), there are plenty of local restaurants, live music venues, and even a botanical garden, all of which look genuinely appealing. Just be sure to skip the little white chapel. —Ally Betker, Editorial Director

I’m just as shocked as you are, but alas—what’s more romantic than nostalgia? After four years of undergrad at Emerson, I was more than ready to relocate to a bigger city (preferably one with bars that stay open past 11 p.m.). But now, almost three years later, the old college town is calling my name again. My perfect Boston Valentine’s Day includes a brisk stroll through the Common and the Public Gardens; tucking in for a beer at my old haunt, 21st Amendment; and either catching the T over to Central Square in Cambridge for a dinner of steamed mussels and leeks at Green Street or popping over to the North End for a spicy seafood fra diavolo at Carmelina’s. Cozy atmospheres, delicious food, and plenty of memories. —Emma Glassman-Hughes; Senior Associate Editor, Print

We’re crushing on the Caribbean island of Dominica for its pristine beaches, eco-lodging, and local cuisine, but it also seems like a great place to partake in the best kind of love: self-love. Hike the Asulukati River and then dive into the hot springs at Boiling Lake. Go for some world-class whale watching and listen for the giant sea mammal’s mating calls and then wind down with some yoga and a spa treatment at Jungle Bay.  —Annie Werner; Managing Editor, Digital 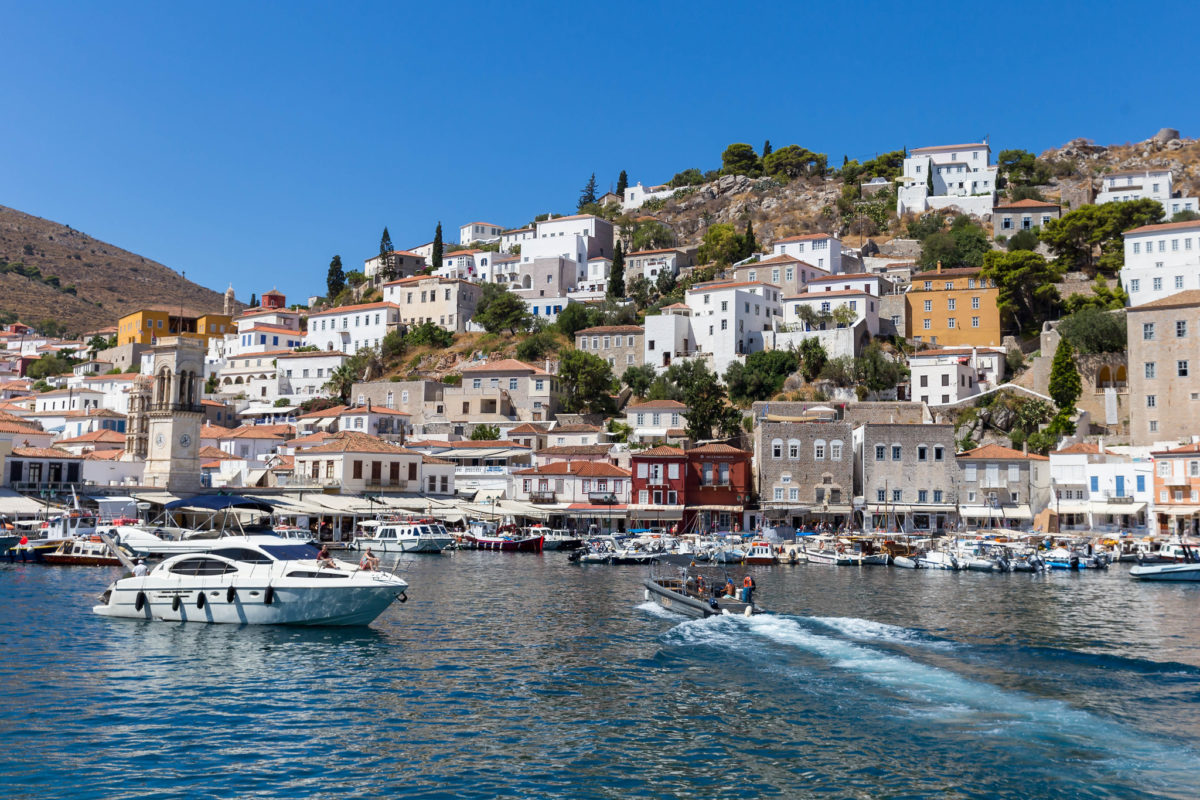 Yes, it’s a cop-out, but it’s called the City of Love for a reason (and the likelihood of a significant other being annoyed at a surprise ticket is incredibly low). Plus, after a few days in Paris, there are plenty of other dreamy places throughout the country to see. The Alsace wine region and Rennes are for lovers. –TA

Hello, my name is Chloe, and I think the most romantic thing on Earth is a sunset. Sunsets are best enjoyed in 360º—this we know—so I’ve got no choice but to recommend Hydra as the ideal escape for all you sunset-eyed romantics out there. This Greek island checks all the picturesque boxes. In addition to your fill of sky, you’ll get extremely fresh seafood and an art scene that holds its own on the global stage. —CS

If you’re really craving some alone time with or without your Valentine’s Day honey, head to Easter Island, where the population of humans is 6,000 and the population of Moai (giant man-made stone heads) is 1,000. Guided hikes, snorkeling, and the LEED-certified Explora Hotel (complete with spa) might just make this the unexpected romantic trip of a lifetime.—AB 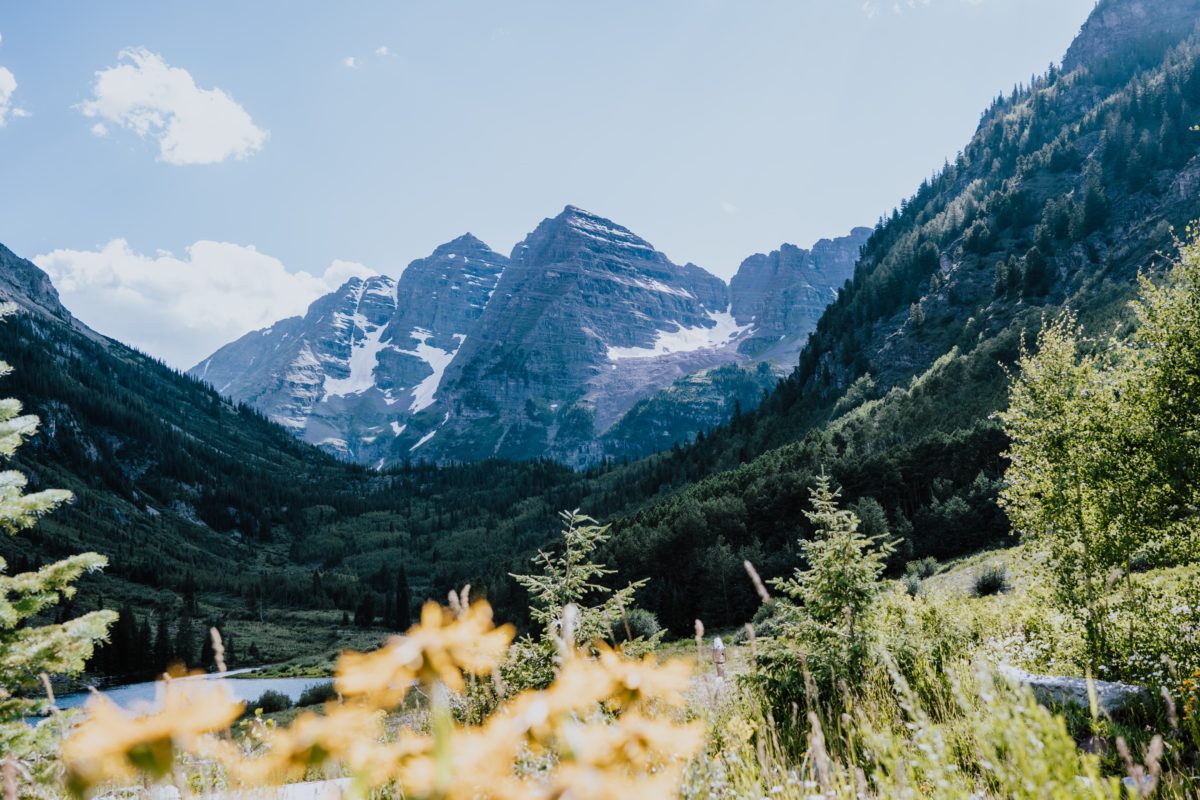 Grab your ski bunny and head for the hills—of Aspen, Colorado, that is. Even if you prefer elegant lodge culture to the slopes, there’s plenty of variety in one of the country’s best ski towns, just ask the founder of Aspen Brewing Co., who recommends gallery hopping and some delicious dining options. —AW

Romance is in the air year-round in Buenos Aires, where passion and care are the driving forces for practically everything. It’s as easy to fall in love as it is to stay in love here as delicious food, local art, and fiery music lull you into a kind of sensual trance. Plus any time you combine tango and Malbec, your evening is bound to heat up. —EG-H 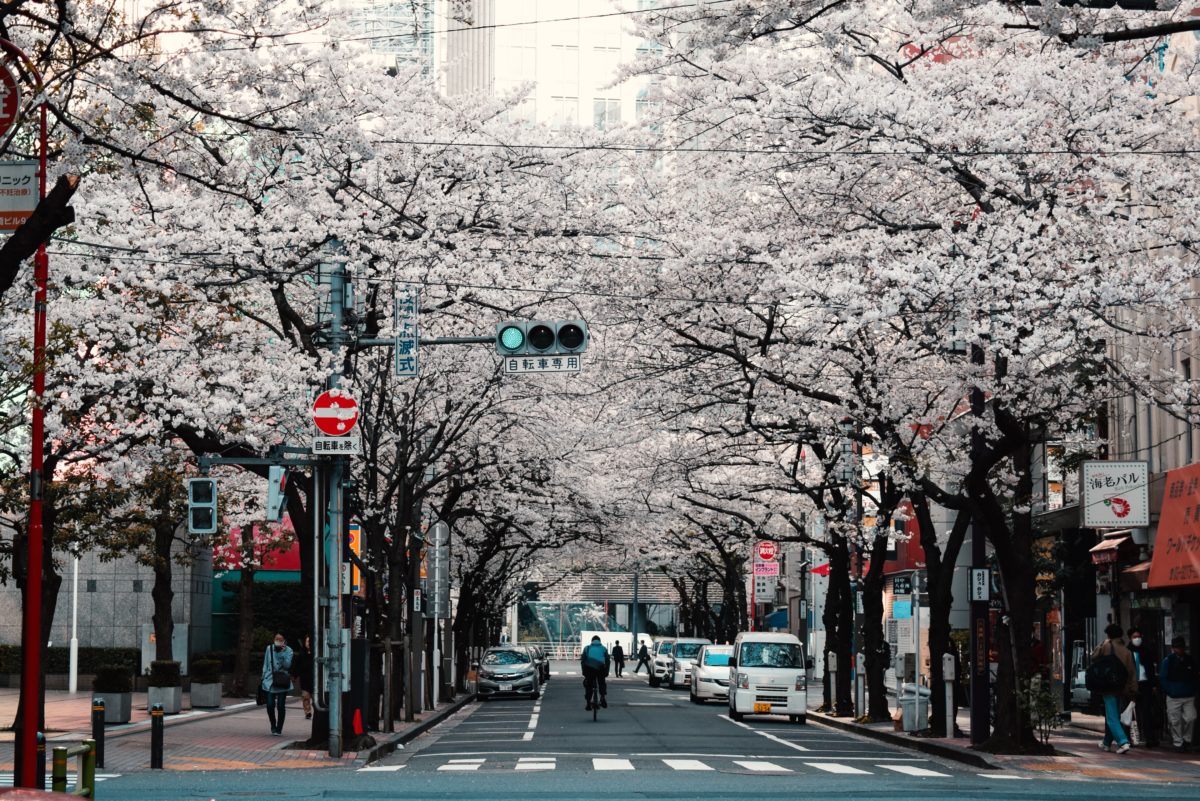 As spring approaches, Japan's sakura season will attract tourists from around the globe. Photo by Agathe Marty.

I’m finally fulfilling a lifelong dream and jetting off to Japan this month! I’ll be splitting my time primarily between Tokyo and Kyoto, and if I tried to list everything I’m excited for (Food! Shrines! Fashion! Speaking what little Japanese I know! Inevitably getting confused on the trains!), this travel roundup would quickly turn into a full-length novel. Tokyo, in particular, seems so massive that I could spend a lifetime exploring and never see it all, but my handy-dandy Google Maps list is steadily growing and I can’t wait to report back on all the goodies I find—and lessons I learn—for any fellow first-time travelers to Japan. –TA 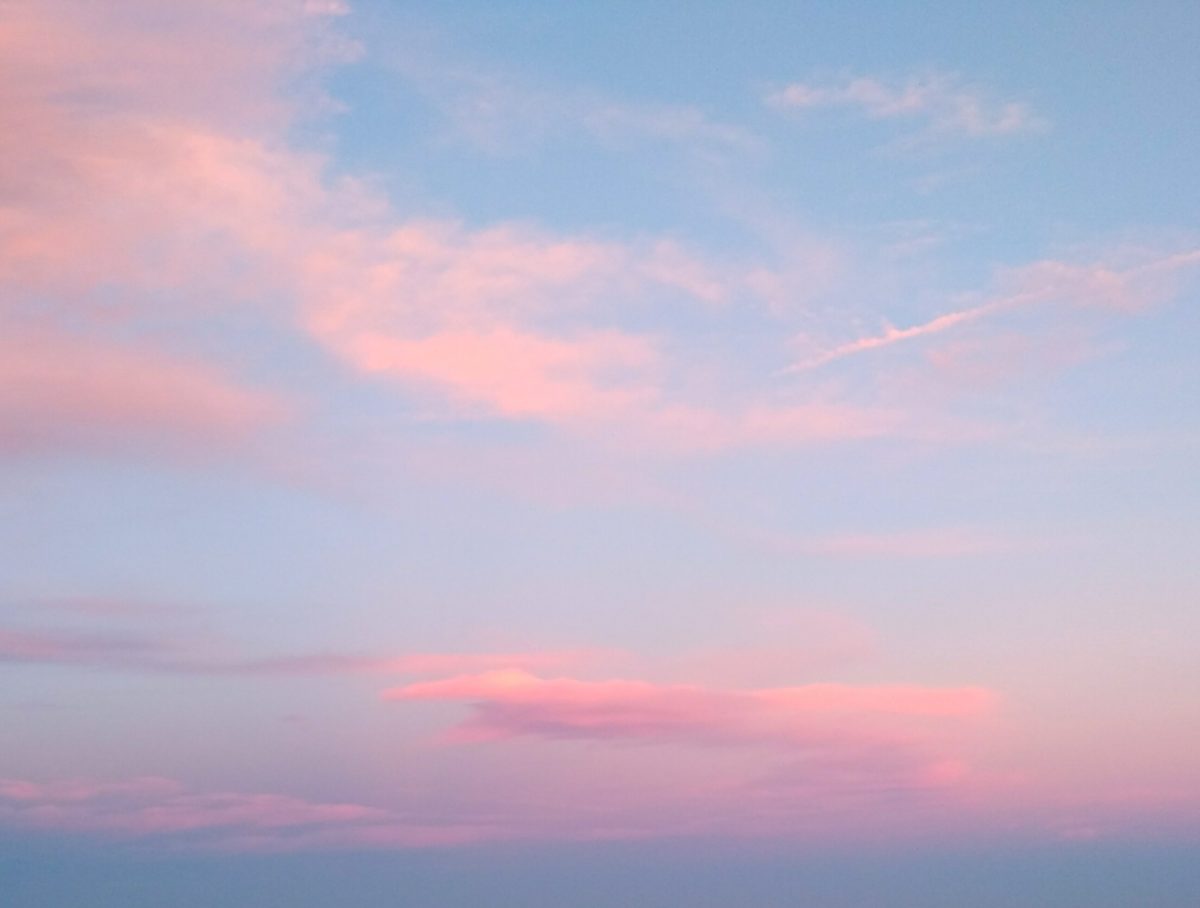 Sometimes, the best vacation is no vacation. Photo by Guillaume Galtier.

I’m big on the January trip—no better way to beat the post-holiday blues than by getting out of town—but come February, I’m all about hibernation and making good on those resolutions. February is also the ideal dry month (the shortest month of the year, amirite), and I recommend filling up typical time spent imbibing with wholesome activities like museums, movies, and the theater. The International Center for Photography in New York just opened a new space in the Lower East Side with exhibits on Tyler Mitchell and a visual history of hip hop. The IFC Center plays the Oscar-nominated shorts around this time each year, one of my favorite New York activities. And, I have tickets to Jacqueline Novak’s off-Broadway comedy Get On Your Knees—yes, it’s about exactly what it sounds like. —AB

I, too, am participating in No Travel February. —AW