This week’s travel crush takes us to the great outdoors with West Virginia’s best fly fishing.

I’ve been trying to plan a fly fishing trip since well before the pandemic put a damper on most travel plans. For a while I was scoping out far flung streams in the valleys of Alberta, Canada, and even mega-trout-filled rivers like Mongolia. But I’ve had to reel in (ha-ha) my angling aspirations—though I don’t believe this means the scenery or experience will be any less magical.

This is all speculation of course: I don’t have any experience fly fishing. But reports of the outdoor adventure hobby’s rising popularity, particularly among women in a historically male-dominated sport, has me wanting to join in on the fun. First-timers and hobbyists alike have celebrated the sport’s meditative qualities and conservationist predilection—I’ve also been more curious than ever about honing survivalist skills. No reason!

I believe the destination that’ll satisfy my scenic and relatively-close-proximity requirements is in a place called Monterville, West Virginia, which clocks in just shy of an eight hour drive from New York City and claims the title of best trout fishing in the Mountain State. 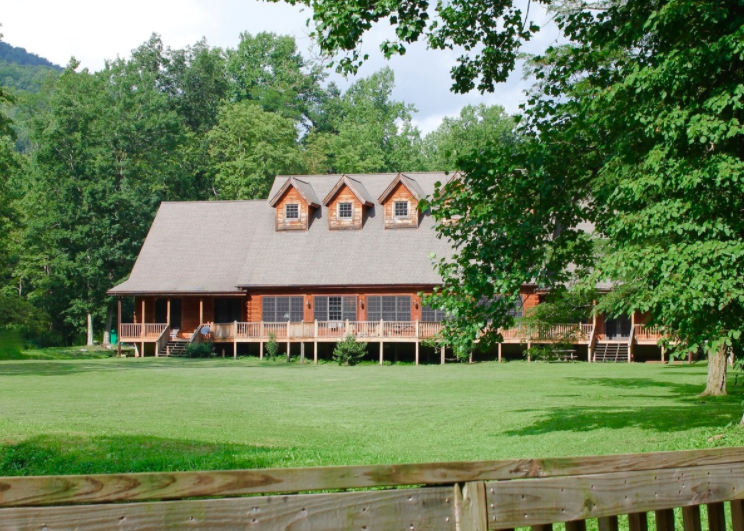 The anchor to such a high claim is the Elk Springs, which provides a robust fly fishing guide service through the resort with a fly shop on site. Guide services start at $375 for 2 person, four hour trip—not including the $30/day equipment rental if needed (I’ll need it). The Elk River boasts an “average of 10,000 fish netted annually” and can accommodate anglers of all levels.

Since most fly fishing is catch-and-release, I’ll want to fuel up at the on-site Ellie May’s Ole Mill restaurant for Appalachian comfort food (currently take out-only) unless I want to pay a visit to the pay ponds.

Nearby attractions include the Sharp Country Store, owned by the same family for eight generations selling homemade woolen goods and other general store items, as well as the Cass Scenic Railroad State Park, which boasts a steam-driven locomotive and breathtaking views. There’s also the Green Bank Observatory, nestled in the National Quiet Zone and home to a trailblazing history of radio astronomers. 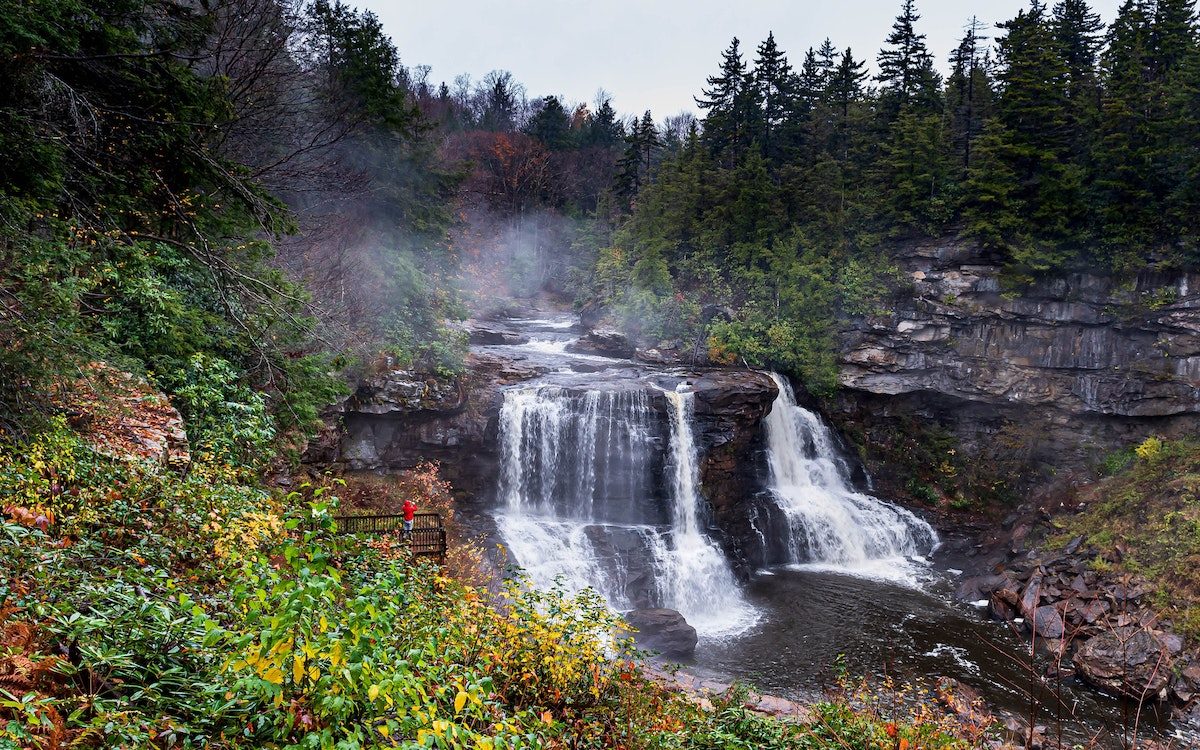 While I’m just a couple of hours away, I wouldn’t want to miss the 2,358-acre Blackwater Falls State Park. Nestled in West Virginia’s Allegheny Mountains, it’s is one of the most underrated public lands in the country—though it does boast the most photographed site in the entire state: the 62-foot “Great Falls” of Blackwater River.

It would also be an opportunity to test out my new fly fishing skills. According to CanaanValley.org, West Virginia is notoriously secretive when it comes to natural fly fishing spots in the state—word of mouth or familial knowledge passed down through generations keeps these sites sacred. But one of the few publicly advertised spots is Red Run, where the Red Run Falls are an oft-missed photo op.

If I want to do more than a day trip, there are some incredible unique lodging options on the park grounds, like the Thorny Mountain Fire Tower or the Tomlinson Run Yurts. Either way, I’d stock up on Appalachian Soup Bean ingredients, a super camp-friendly recipe, ahead of time.

The old Grist Mill in Babcock State Park in West Virginia. Photo by .

In 2014, a massive chemical spill devastated hundreds of thousands of West Virginia residents’ clean water supply as well as some of the Elk River’s endangered species. In response, West Virginia Rivers, an environmental nonprofit dedicated to protecting the state’s fresh water sources, started the Safe Drinking Water for WV program to help local communities keep drinking water safe. Their Twitter is a great resource for West Virginia outdoor inspiration and information—consider donating to their efforts.