In this week’s travel crush, we travel to Rio de Janeiro, Brazil, to seek harmony between humans and Mother Nature.

Remember that GoodReads book challenge you committed to at the beginning of this year?

Well, I certainly forgot about mine. But recently (after far too much doom-scrolling), I decided to return to the world of literature and pick up some new books to pass the time.

I began with Jeff VanderMeer’s award-winning science fiction novel Annihilation. The story follows a team of four women on an expedition through Area X, a remote wilderness where reality is warped and nature reigns in strange and frightening ways. The theme speaks to a human obsession with exercising control over our surroundings (although towards the end the protagonist, a withdrawn biologist, begins to see Area X’s new form of nature not as intentionally malicious or invasive, but as indifferent and natural, even as it created chaos). 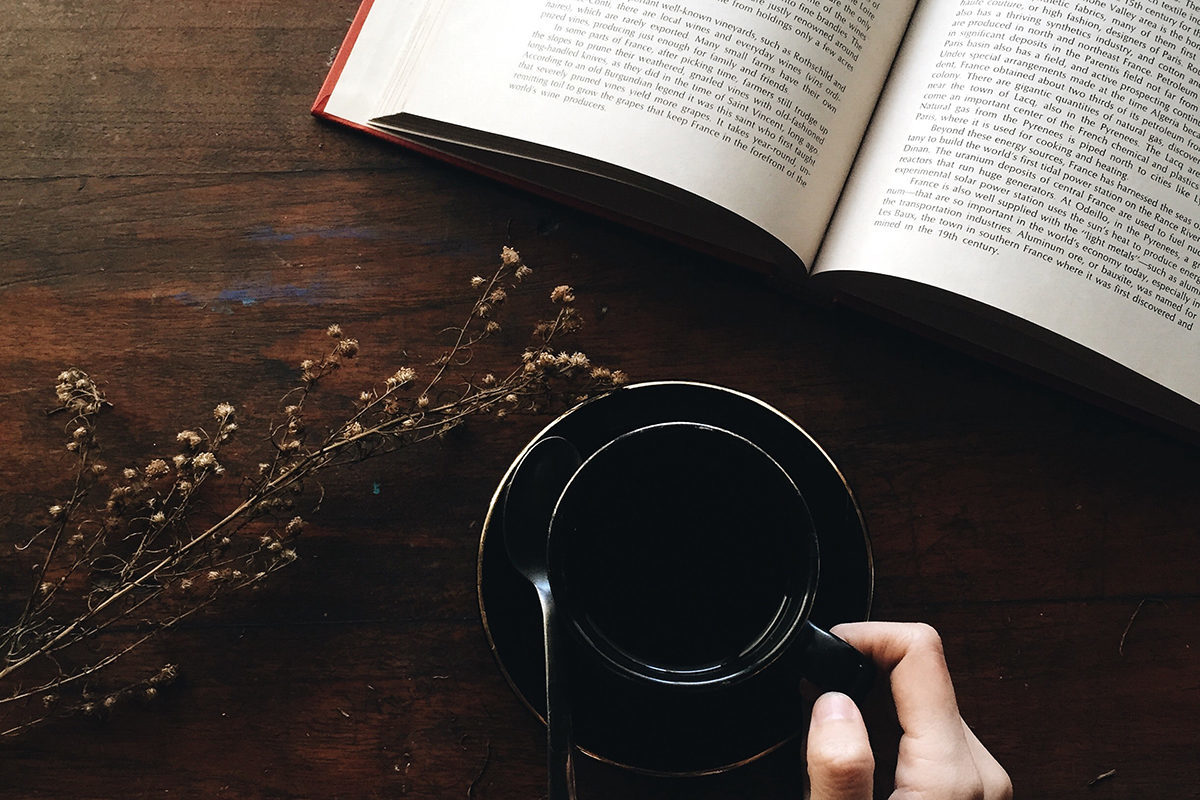 9 Books by Emerging International Authors to Check Out Now

Among other afflictions we’re facing right now (hello, global pandemic and political tensions—don’t worry, we haven’t forgotten about you and couldn’t if we tried), the effects of human intervention on the environment still lingers as a threat to life as we know it on planet earth.

But Annihilation made me dream of a world where man-made creations intertwine, rather than compete, with nature—and few were more talented at this than the late Brazilian landscape architect and modernist Roberto Burle Marx. 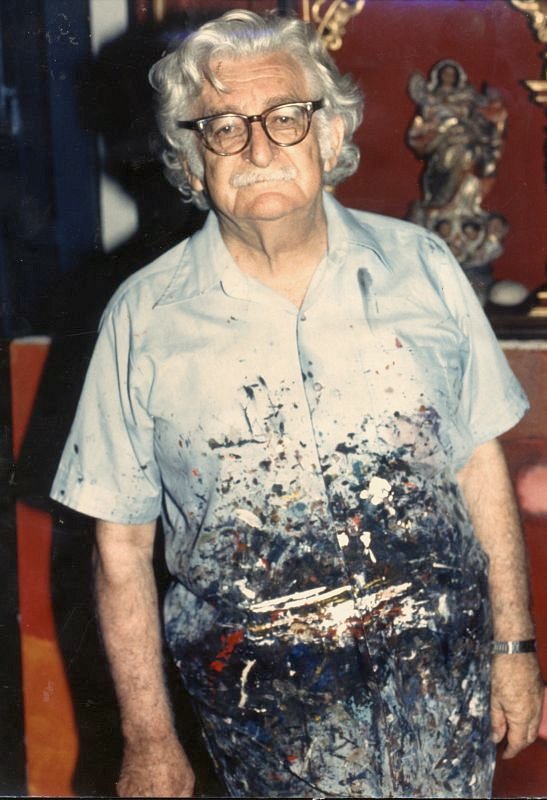 Burle Marx was known for his stunning botanical parks and gardens, in which art, design, and nature were woven together in a vibrant harmony, as well as for being one of the earliest advocates for the conservation of the Amazon rainforest.

Although Burle Marx was born in São Paulo, I’m dreaming of visiting Rio de Janeiro—the place where he spent the last years of his life, and where some of his most spectacular creations came to life.

Visit São Paulo from the comfort of your home → 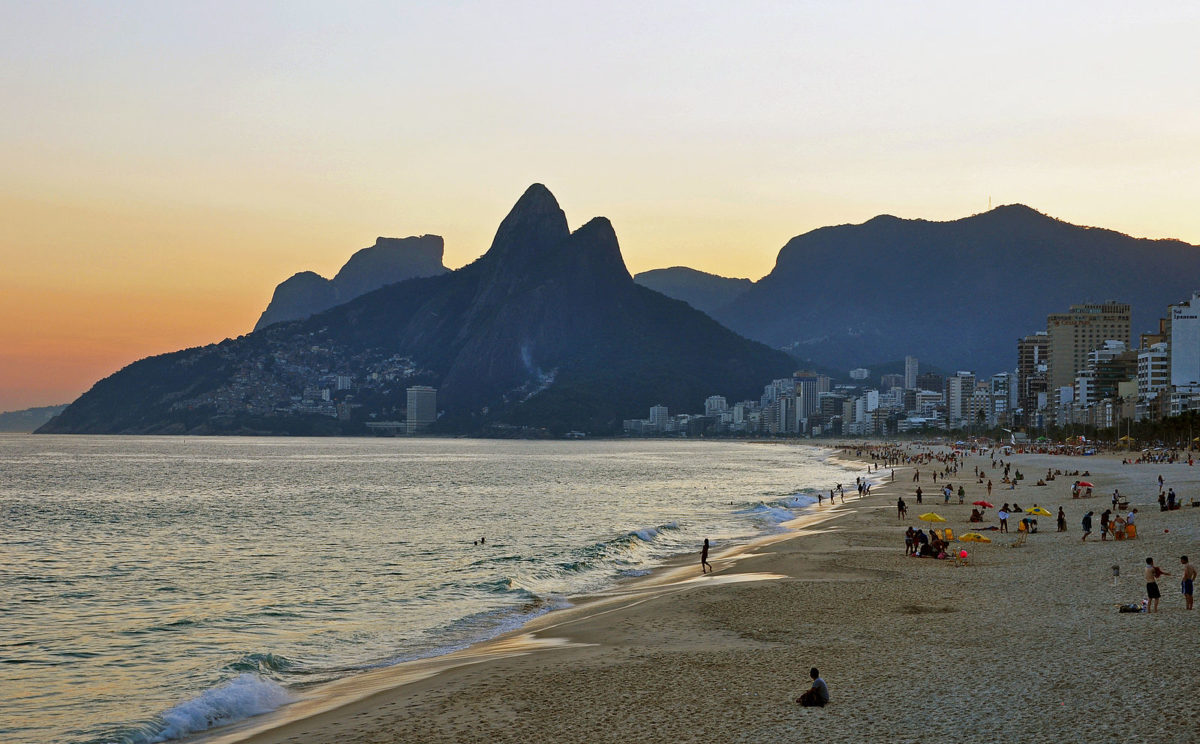 Ipanema is one of Rio's most popular beaches (and it's easy to see why). Photo by chensiyuan.

The Girl from Ipanema Goes Walking

If I’m going to pay my respects to nature, it goes without saying that I’ll want to stay at a hotel that puts eco-friendliness on the forefront. Hotel JANEIRO fits the bill, committing itself to sustainable practices and creating a quiet space away from crowds (while still keeping you near Ipanema Beach of both visual and musical fame). 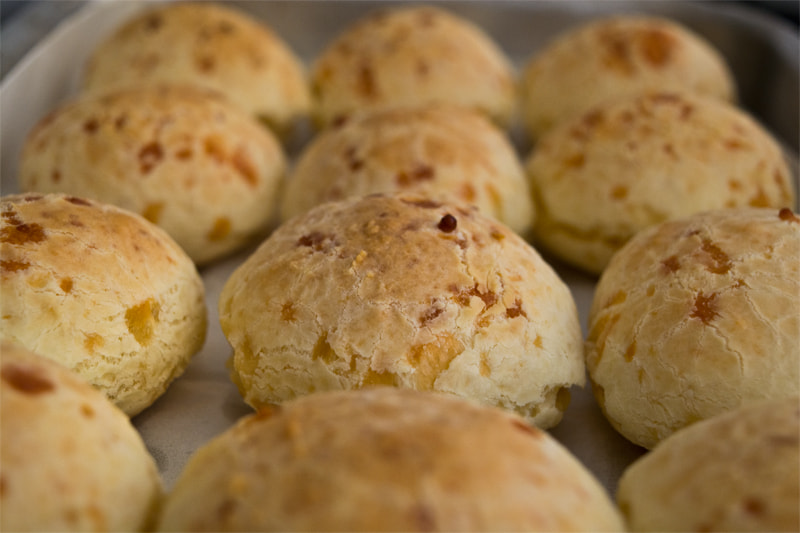 We love cheese and bread here at Here Mag. In keeping with editorial tradition, the Brazilian treat I’m most excited to try has to be pão de queijo, a soft roll with pockets of cheese stuffed inside—and it seems that those at Cultivar are a tried-and-true favorite of tourists and locals alike.

The underrated Brazilian city we’ve set our sights on → 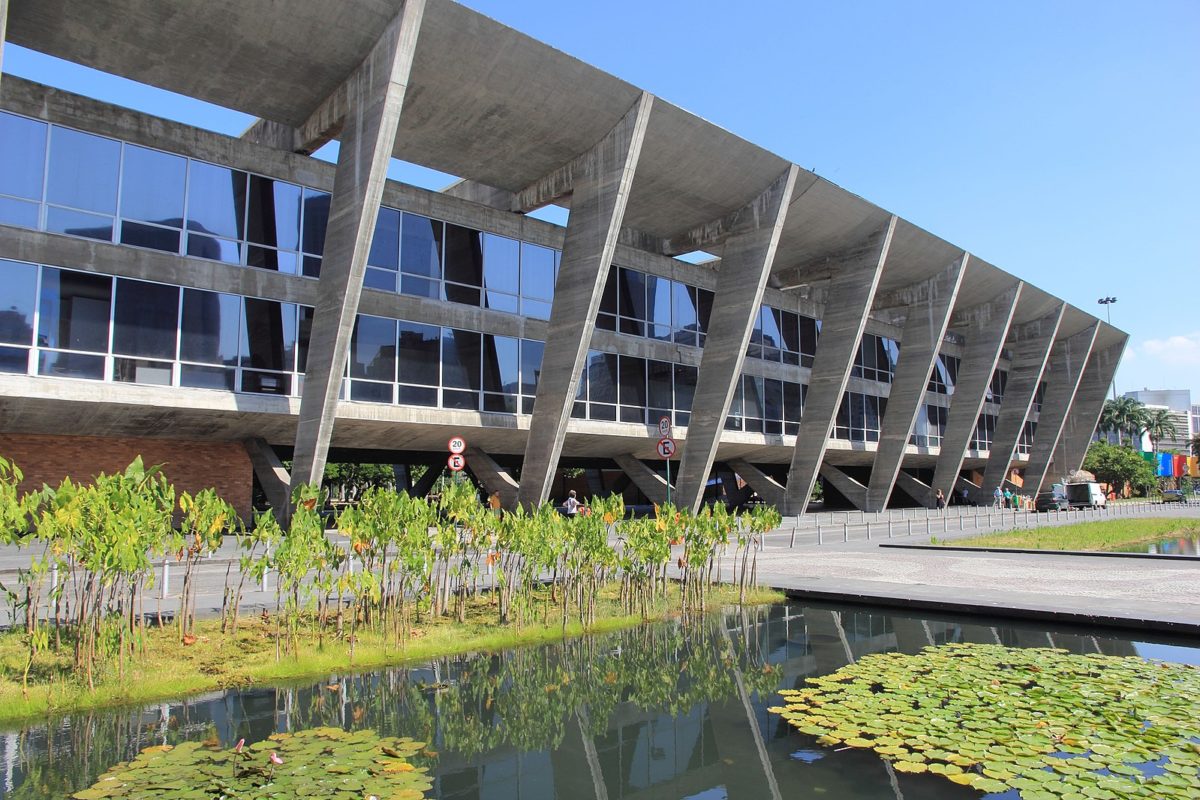 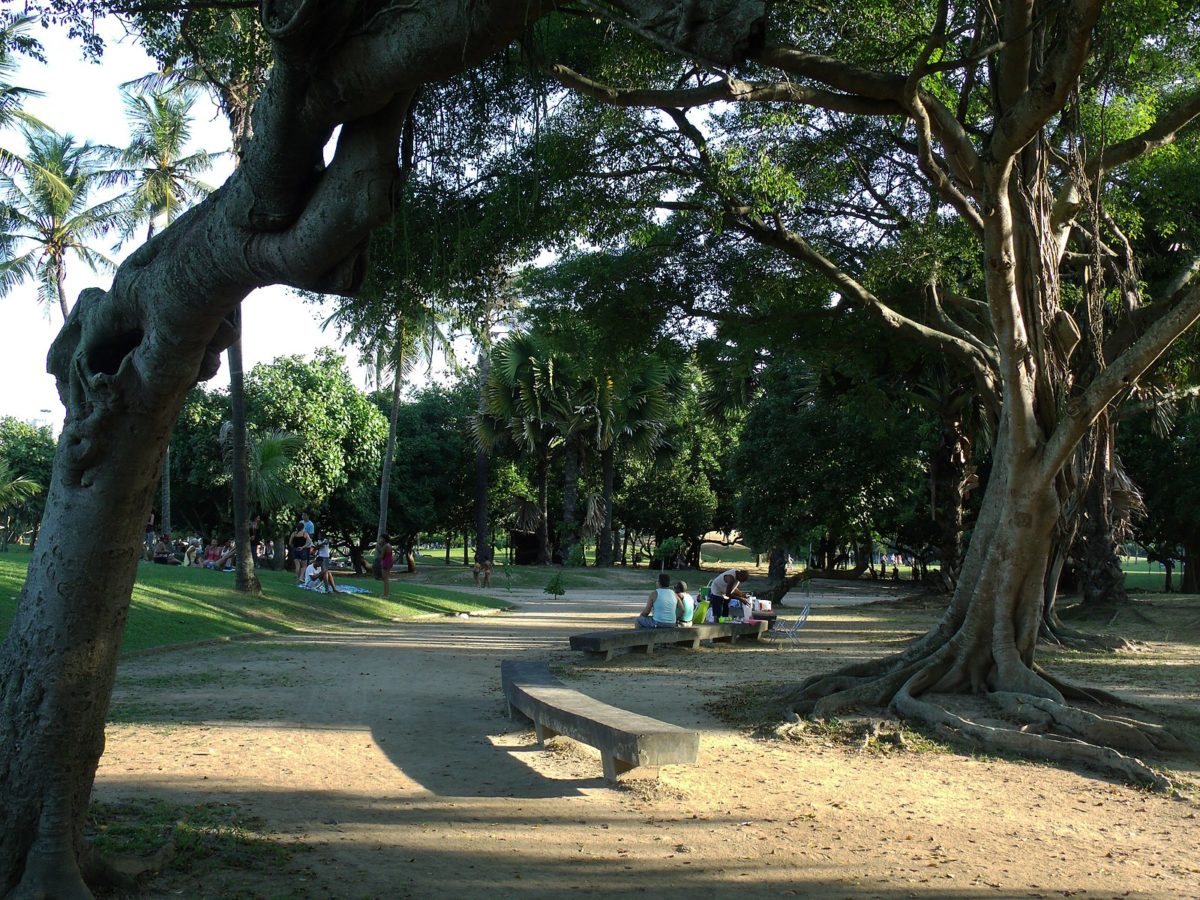 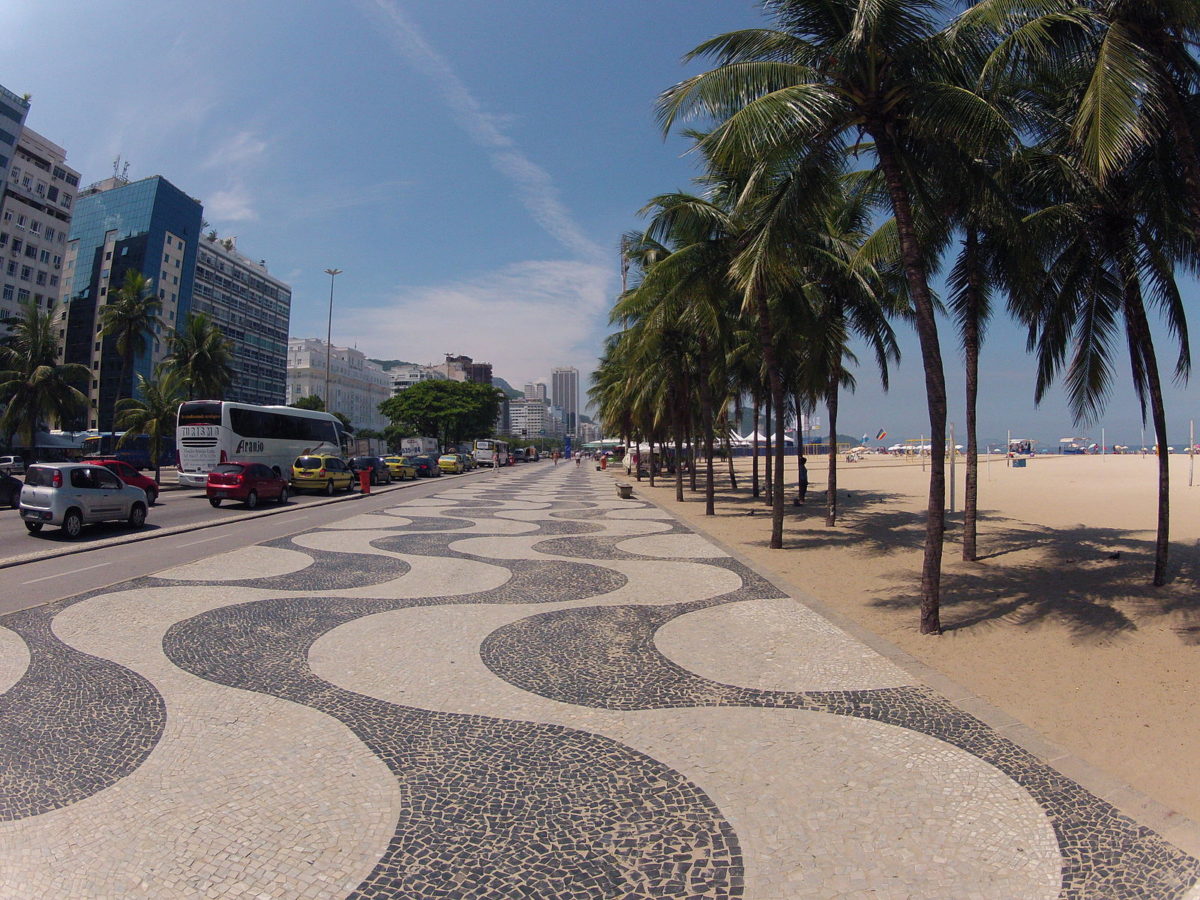 At Copacabana Beach, find Burle Marx's twisting mosaic sidewalk, which stretches on for over two miles. Photo by Allan Fraga.

We’re here specifically to take a technicolor adventure through a few Burle Marx’s most famous conceptions, which come in the form of both traditional gardens and unexpected urban destinations. Of the former, the courtyard outside the Museu de Arte Moderna inside Flamengo Park is especially beautiful. Of the latter, Burle Marx’s handiwork can be seen at the pathways outside the Ministry of Education and Health, as well as at the mosaic tile promenade at Copacabana Beach.