For Serena Williams, the Work Is Never Done

Serena Williams has won 23 major singles titles, more than any man or woman in the Open Era.

Aminatou Sow grew up, like so many people, watching Serena Williams play tennis. In fact, she credits her interest in visiting Australia to seeing Serena play the Open there. For Here issue 11, Sow interviews her childhood hero—and discovers some common ground with the world’s greatest athlete. 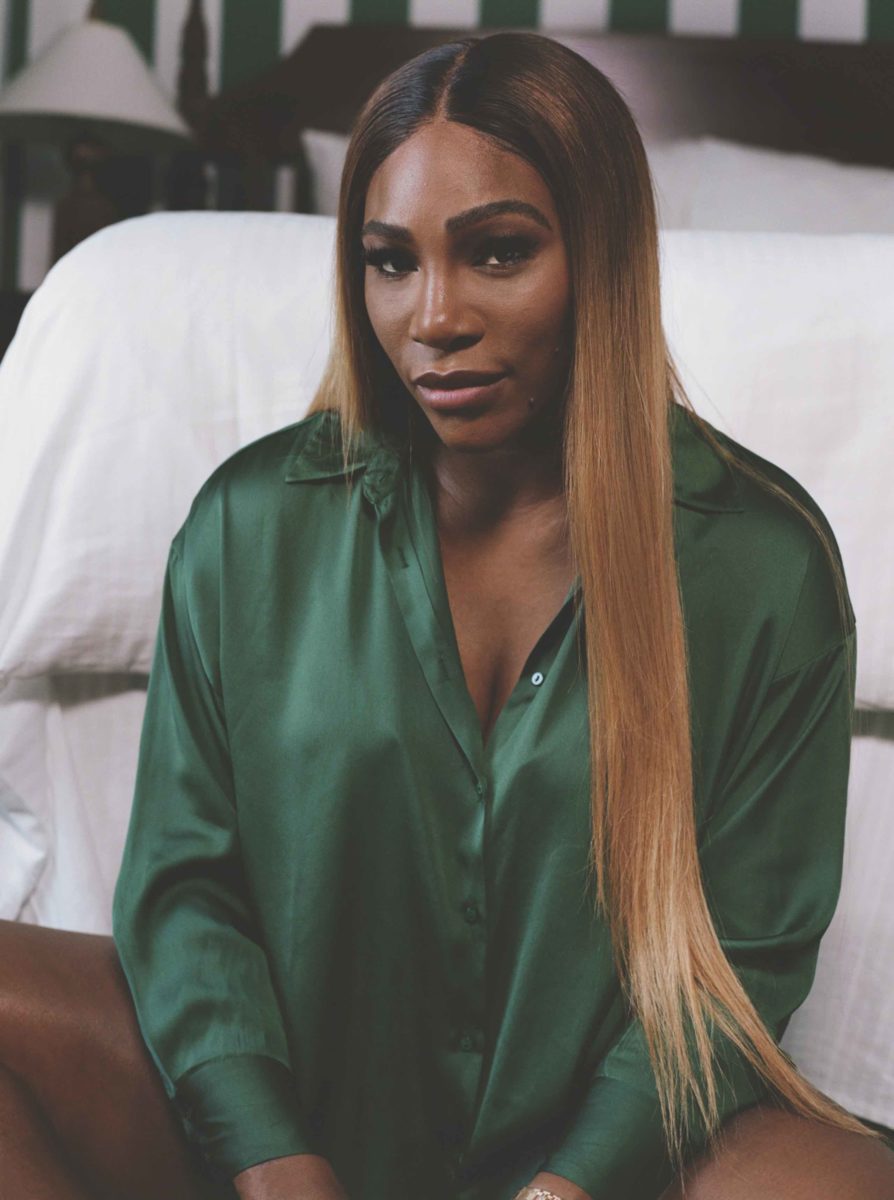 Williams travels so much for work, she jokes that if she magically had two weeks off, “At this point, I’m so tired that I would just stay home.”

Aminatou Sow: To kick things off, tell me about your top travel memory.

Serena Williams: In the ’90s, we played the French Open, and then we played a warm-up tournament before Wimbledon. I had never been to Europe, and I’d never been away from home that long—I was there for eight weeks. I have some of the best memories from that time. I was so young and I was able to travel and experience things that I can genuinely say I would never have experienced otherwise.

AS: What was it about Europe specifically that you think was so open and accessible to you?

SW: At that point I was simply Compton and I’d never been to a lot of places, so it was really cool to see. I mean also at that point the United States was using only big cars when everyone in Europe was using really small cars. Little things like that were just really cool and interesting. But as I got older one of my biggest goals was to go to Africa and that was really life-changing for me. 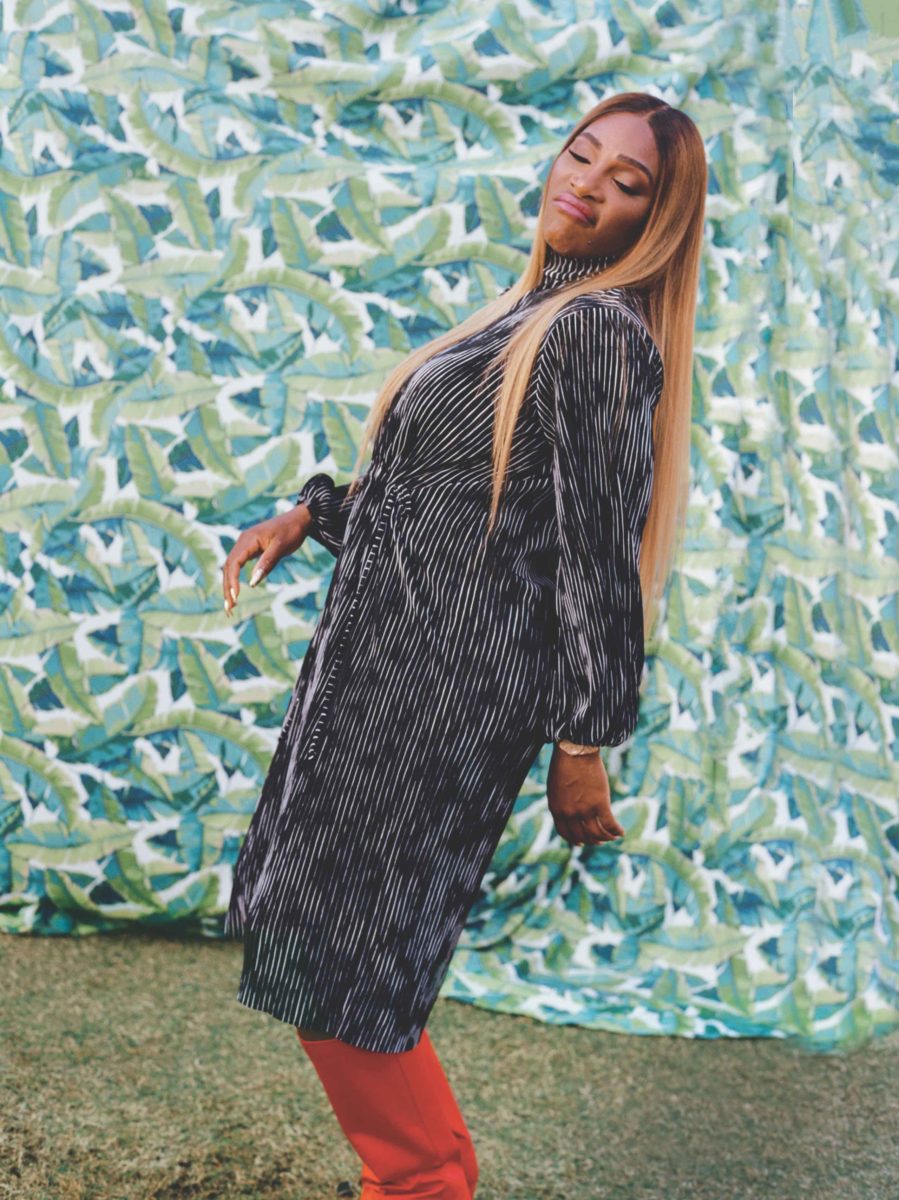 As a leader in the conversation around the wage gap and equal compensation, Williams says, “I think it’s important to speak up. If you listen to a chorus it’s louder than just the one person singing. So we have to use our words together and have a really loud voice.”

AS: What was your first trip to Africa like? Where did you go?

SW: I’ve been there several times now. I think the first time I went to Senegal, Nigeria, and Ghana. Africa is an amazing place, and I just felt… I didn’t stand out there. [Standing out] isn’t a bad thing—I love standing out. But for the first time, I just felt like I belonged. It’s hard…I mean, maybe you can understand it.

“For the first time, I just felt like I belonged.”

AS: I hear what you’re saying about belonging. When I moved to the United States it was such an education. Where I’m from in Guinea, and where I grew up in Nigeria, I was never a minority, you know? Everyone looked like me, and talked like me.

SW: Yeah, that’s how I’d describe it. I’m not the minority for once. I never felt that before. Because I go to Russia, you know, and I go to China, and I go to places where I’m the only black person there. And it’s great and cool to be in Russia, especially in the ’90s. But then you go to Africa and you’re just, like, one of the whole population. It’s like, yay! It’s a different feeling. And I appreciate all the feelings, you know? And obviously Paris and London, they have a plethora of different cultures. So that was different. You could see people of all colors and countries and everything. But it was really, truly magical to be someplace where everyone looks like me. And I think that was important for me to experience, along with the other experiences that I had. 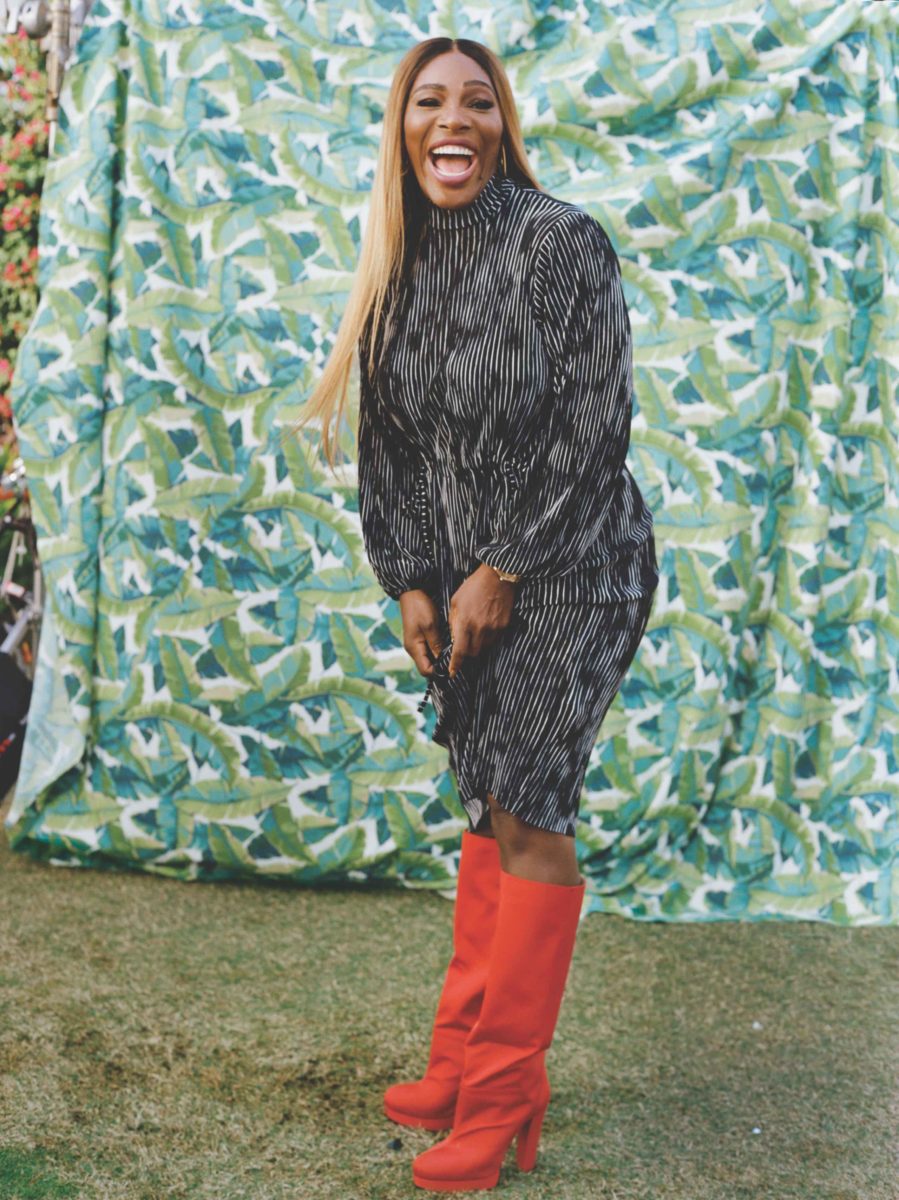 AS: I think you’re touching on something so important—the magic of travel, really. It’s not necessarily where you go, but it really is about what you learn about yourself. I think that [travel] really confronts you with your own ideas about how you think the world is, or how open-minded you are, or even how people perceive you or see you. You can’t put a price on that.

AS:  I know that you have homes in Florida and in Paris, and you do so much traveling. What’s your idea of home? Where do you feel at home and how do you find home when you’re away from it?

SW:  Home for me is being in my house on the East Coast. I honestly couldn’t be happier when I’m there. Because I do travel so much, it’s really cool to just kind of stay in one place, especially with the baby. The other day we got home and she said, “Yay!” And I was like, aww, she recognizes her home now.

SW: I think one of the coolest things is having an opportunity to go to a different country and understand what they’re saying and not feel too much like a fish out of water. You’re able to understand their culture a little bit more. And, you know, there’s more to the world than just English. It’s just something I have always liked to explore. 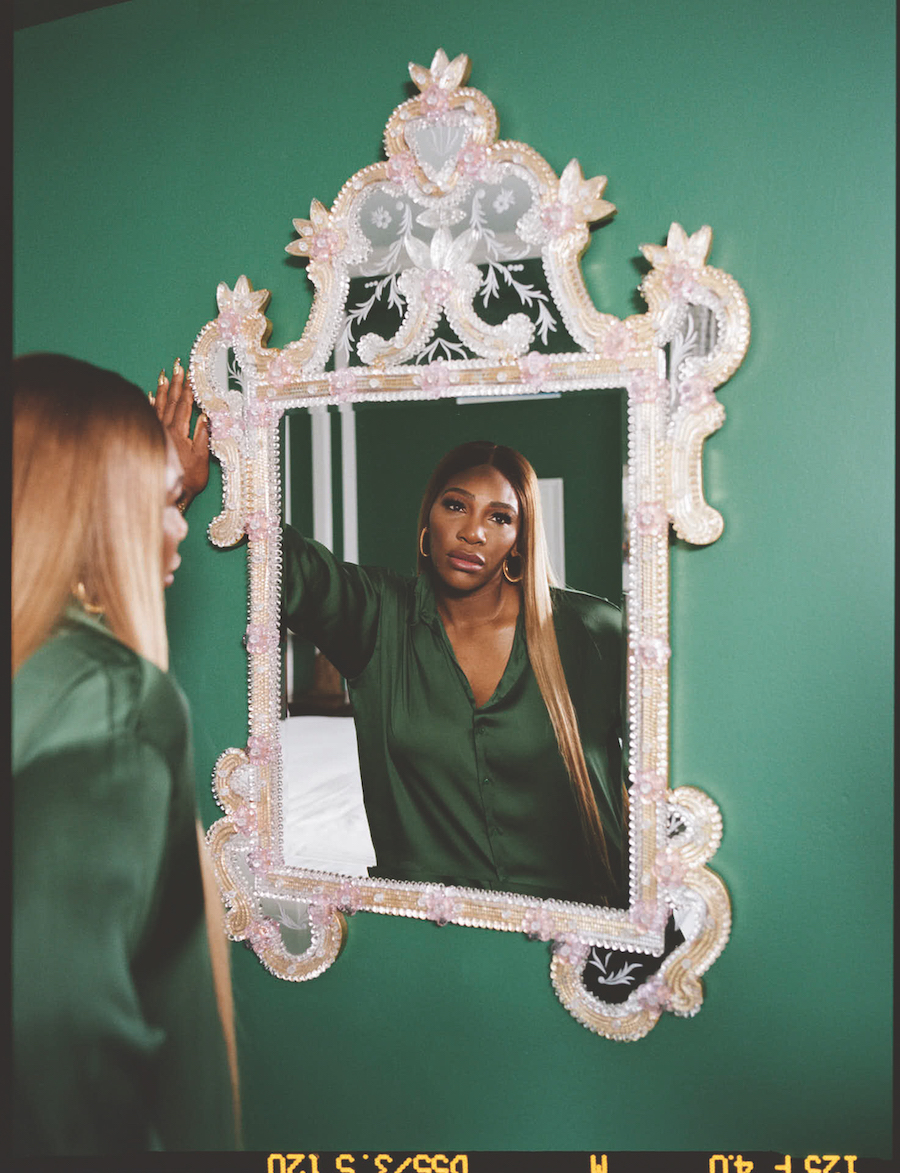 "You have to be responsible to make your own space, and it’s not easy and it’s never going to be easy."

AS: I want to switch gears a little bit and talk about how you are defining success. I’m curious how you define success for yourself and how it felt for you when you realized that you had found it.

SW: I don’t think about success like that. I think I try to continually just be humble and I can’t tell you when I found it, so I don’t think I’m the right person to ask.

AS: Are there really not days where you wake up and you’re like, okay, the thing that I was born to do, maybe I’m doing it right now? Without bragging, like, I’m doing exactly what I was born to do and I am throwing all of my resources and my mental energy and my physical energy towards doing that thing.

SW: Uh-huh… Yeah… Nope. [Laughs.] I just work very hard at what I do. I don’t think that I’m in a position to say I’ve made it. There are so many things I’m still working on and want to do. 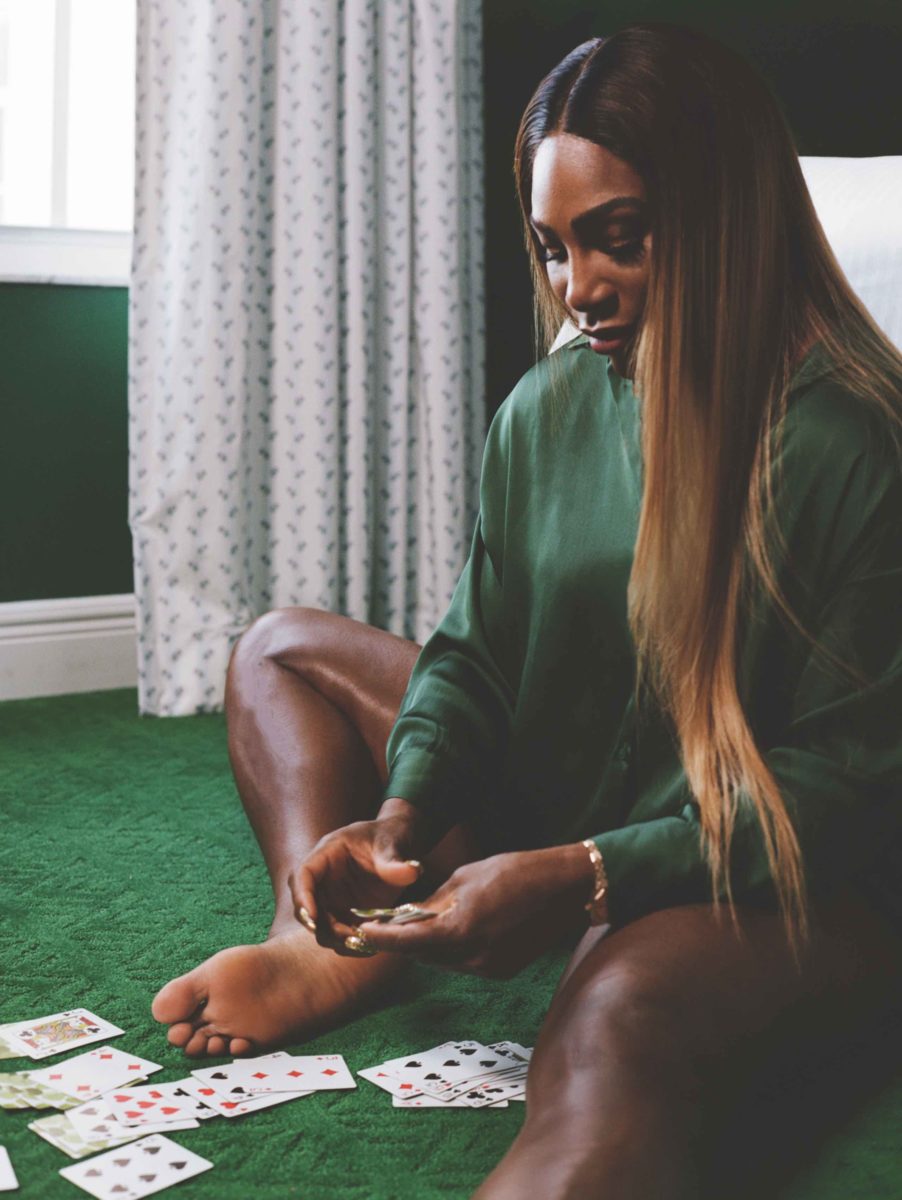 For Williams, there's often no place like being at home in Palm Beach, Florida.

AS: You have always been a leader in the sense that you express yourself and it has huge reverberations. I’m thinking about the response to the 2018 U.S. Open, and how that incident was characterized. Do you think that women of color, especially those that are in leadership roles, are given the space to fully express themselves?

SW: I think you have to be responsible to make your own space and it’s not easy and it’s never going to be easy. But you have to have the courage to continue.

AS: How do you deal with the hyper-criticism that surrounds anything you do? It seems to take on a life of its own.

“You have to have the courage to continue.” 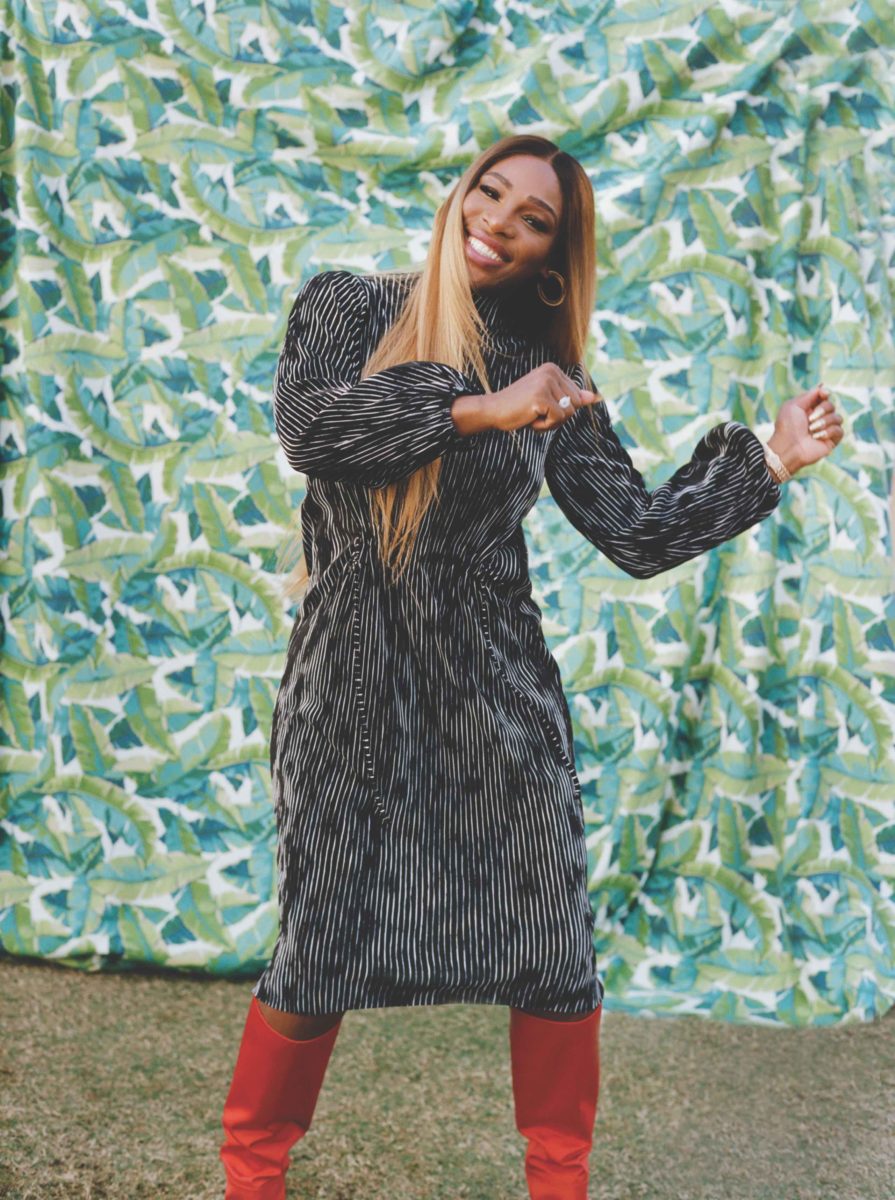 "There are so many things I’m still working on and want to do."

AS: That’s such an important thing to realize.

SW: Right? You know what I mean?

AS: You’ll hear a thousand nice things about yourself and one tiny thing can just eat at you. Do you have a personal practice for taking care of yourself or a way that you keep yourself in that zone of positivity you mentioned?

SW: No, I need to work on one. I’m kind of just a machine at times, and I just keep going and going and going, and I definitely need to be a little more [focused on] self-care. I take being a mom very seriously, sometimes too seriously, but…I’m trying. I always say it’s a work in progress.

Shop the Away x Serena Williams collection here. A version of this interview appeared in Here issue 11. It has been edited and condensed. Location: The Colony Palm Beach.