Why Reykjavík is the Ultimate City for Party Animals

Reykjavík, Iceland, brings more to the table than just stunning views. With fun that doesn’t kick off until nearly 2 a.m., it’s also home to one of the best nightlife scenes in Europe.

When I think of Iceland, it’s rarely the nature that jumps to mind. Instead, I think of taking naps as late as 10 p.m. with plans to throw on a coat and hustle to downtown Reykjavík in a few hours’ time; I think of watching the lead singer of local metal band Une Misère wailing in Icelandic at a crowd of raving, long-haired Nords at Dillon Whiskey Bar; I think of checking my phone after what seems like innumerable rounds of drinks, and learning that it’s 5 a.m.—and no one I’m out with is even close to calling it quits.

Don’t get me wrong: The Blue Lagoon is great (one of the few tourist traps genuinely worth a visit). So is the Golden Circle and beyond, where slightly more adventurous travelers seek the remains of the famous Sólheimasandur plane crash. There are beautiful black sand beaches in Vík to the east, and elusive waterfalls in the north, like Dettifoss, the most powerful waterfall in Europe.

But when the sun goes down and the winding Icelandic roads become too difficult for inexperienced drivers to navigate, it doesn’t mean the trip should come to a screeching halt; the Northern Lights aren’t the only sight to be seen after dark. There’s another side to the world’s most peaceful nation—a side that most visitors aren’t even aware of. 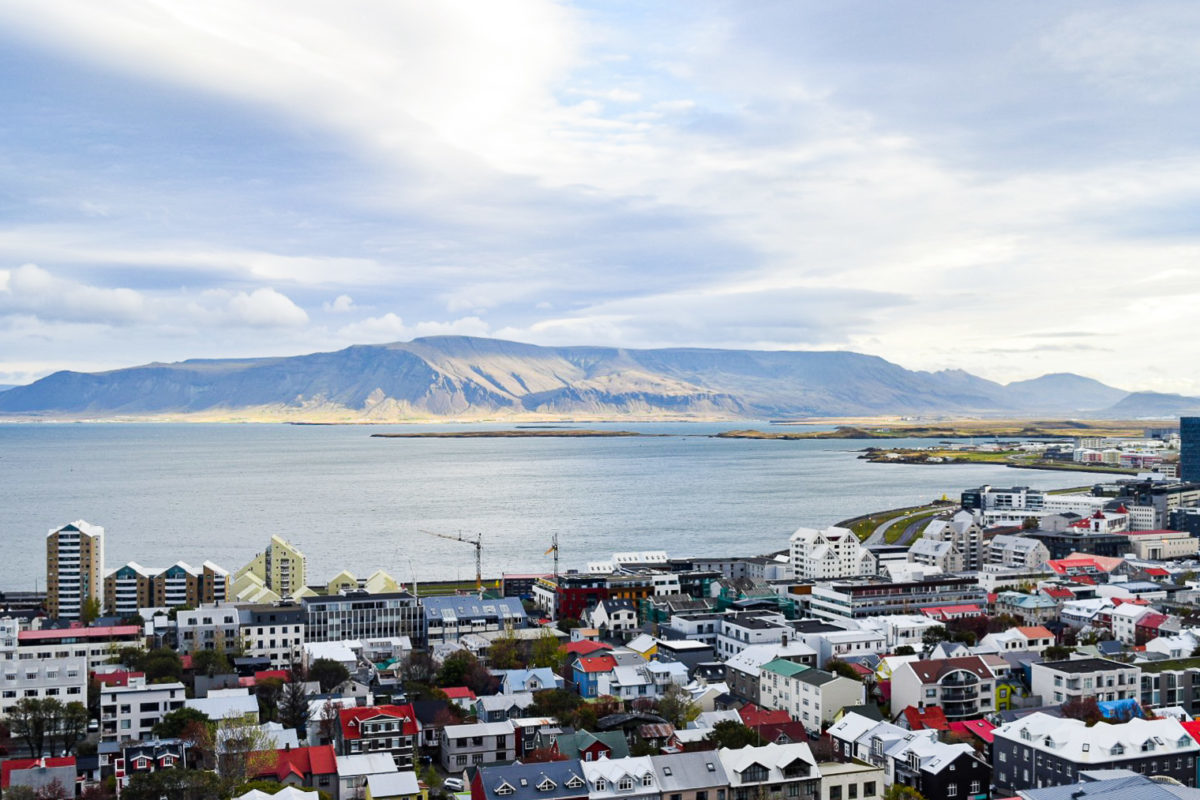 Reykjavík, the Icelandic capital, often goes unappreciated; to tourists, it’s a place to sample the country’s famous hot dogs (quirky, but true) and rest after long hours spent on the road, exploring the countryside.

Admittedly, compared to the enormity of Iceland’s mountains and fjords, Reykjavík does seem quaint during the day: Besides the tourists gathered around Hallgrímskirkja church and the guitar-heavy music rattling from the underground Icelandic Punk Museum at the corner of Bankastræti, the air stays calm in the waking hours.

In the middle of the night, however, everything comes to life as the streets of downtown Reykjavík suddenly flood with bar-hoppers and revelers—and they stay flooded until you can smell the first batch of vanilla rolls baking at Brauð & Co.. Here, no one shows up to bars and clubs until at least 2 a.m.. 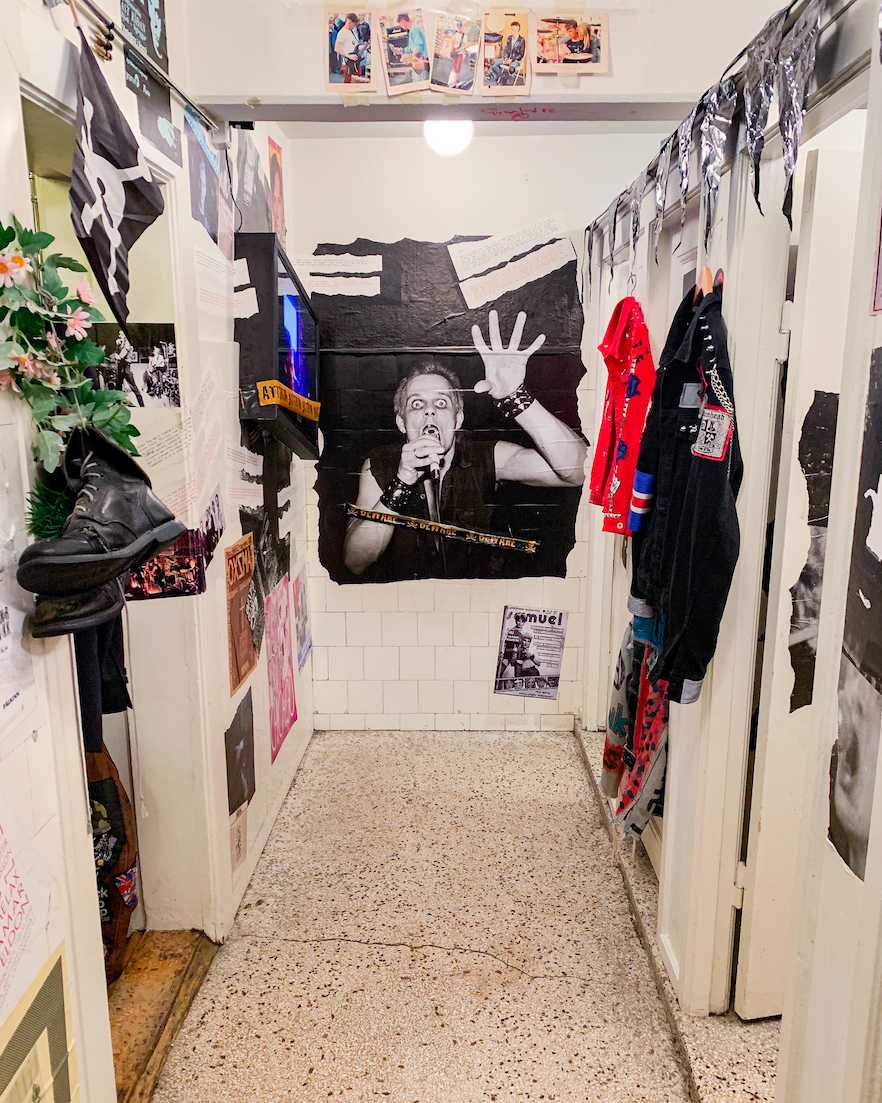 If you hear music streaming in the streets during the day, it's likely coming from the underground Icelandic Punk Museum.

Reykjavík’s rampant party scene could have dozens of origin stories. Perhaps a long, drawn-out act of rebellion: A period of strict prohibition began in Iceland in 1915. Alþingi (Al-thin-gi), the Icelandic parliament, legalized wine again in 1922 after Spain threatened to stop buying Icelandic fish as retribution for Iceland’s refusal to import Spanish wine. Spirits returned to shelves in 1935 after public outcry and a national referendum.

But the ban on beer remained firmly in place until the late ’80s—Alþingi argued that young people and the working class were more susceptible to overindulging on beer than they were on wine or hard liquor (the logic of the argument seemed just as odd then as it does now). Today’s Icelanders are striving to make up for lost time: Not only has beer since become the country’s alcohol of choice, locals celebrate “Beer Day” annually on March 1st, to commemorate the day in 1989 that they could raise their glasses once more. 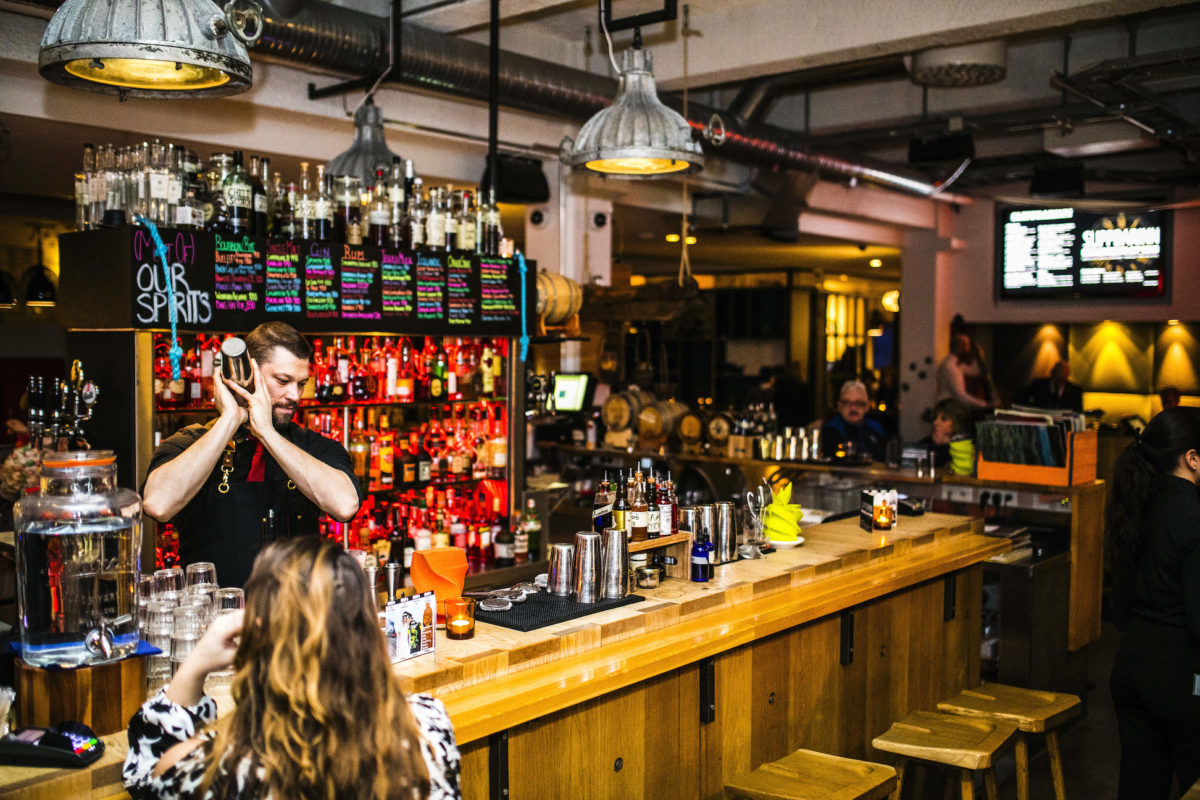 Alternatively, the high costs in town may have given birth to the long, late nights. Iceland is notoriously pricey (importing goods to the top of the world is no small feat). One of the world’s most expensive countries to live in, it’s also one of the most expensive to drink in—and while the bars in downtown Reykjavík can make a mean cocktail, one glance at the price tag will sober you right up.

Since whatever you pay on a night out will almost certainly cost twice as much as anything you drink in your own home (or in your Airbnb), Icelanders know that popping into the local vínbúðin for a few bottles and pregaming at home is key to boozy fun. 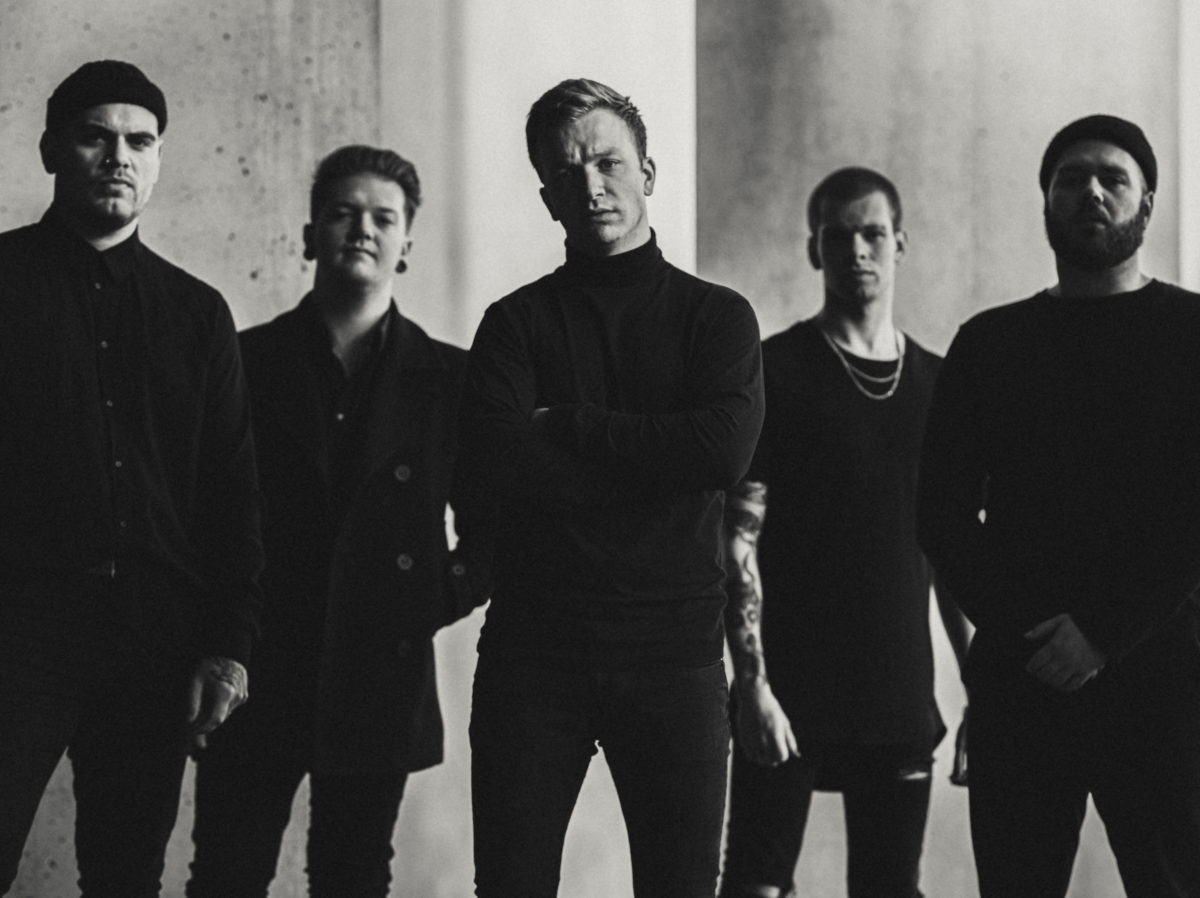 Une Misère's music is an outlet for the intense emotions that build up during Iceland's long winter nights.

But the best part of the night is when it’s finally time to go out and see the country’s creative scene on full display. Since several months of the year are spent in complete cold and darkness, Iceland’s small but mighty creative community knows that artistic pursuits are essential to everyday life.

“We have a lot of shit to talk about that explains why we are this band: Our environment, how we grew up, and how we want to integrate our feelings and surroundings into the music,” explains Fannar Oddsson, guitarist for Une Misère. The band is a major player in Reykjavík’s music scene: In addition to performing, they organize events like the annual PrikPort festival, which brings together musicians and artists from across genres.

“There’s a lot of isolation that comes with being here; there are a lot of things absent,” Oddsson says. “But this is why I think art, music, and creativity are all very common in Iceland: If you want something to be here, you need to create it yourself.” 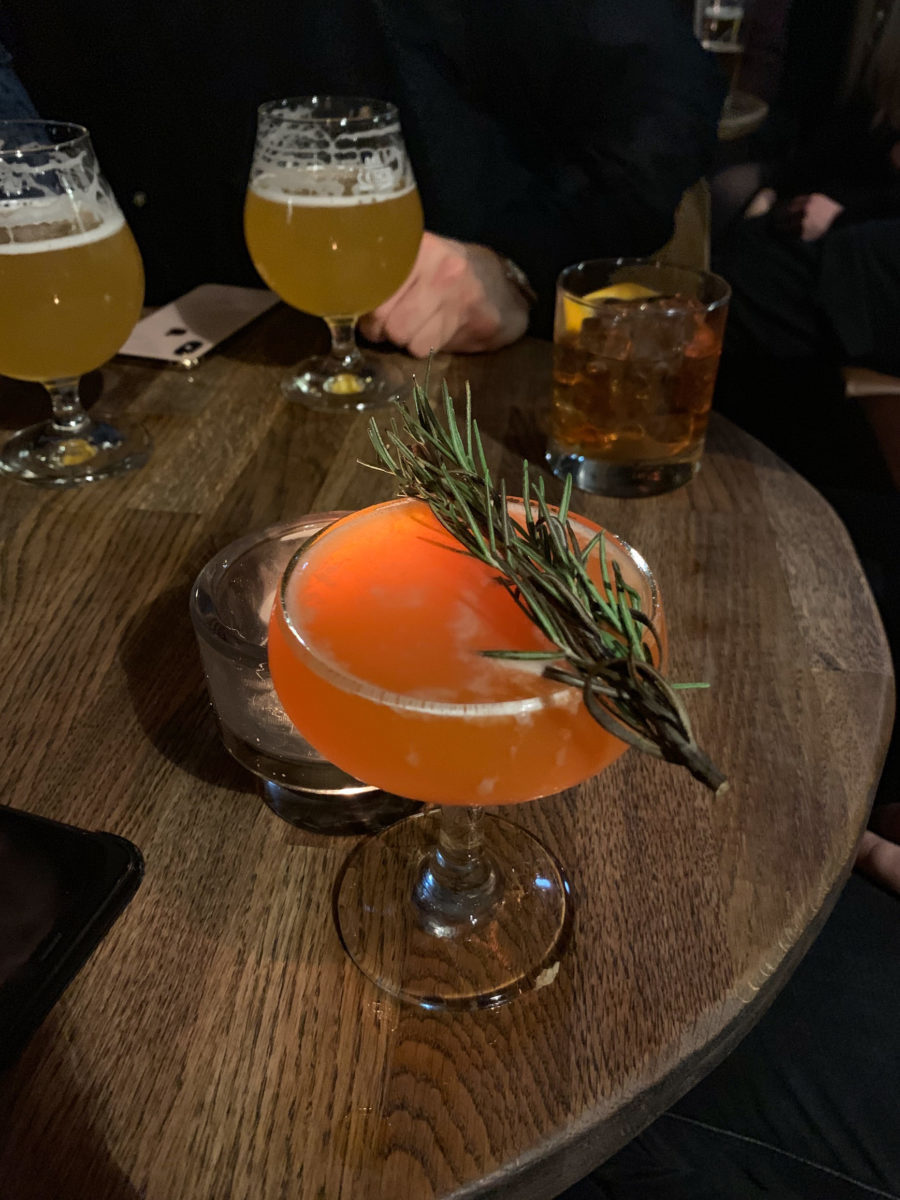 At Veðurbarinn, grab wine and cheese and charcuterie boards at happy hour before sipping cocktails throughout the evening.

So long as there is demand, the city’s bars are happy to supply, accommodating the Icelandic love for partying into the wee hours. The selection on Laugavegur is essentially inexhaustible: At Prikið, dance to hip hop tracks until 4:30 a.m. and return a few hours later for their popular brunch menu. The skilled bartenders at Veðurbarinn, open until 3 a.m., make the bar one of the champions of Iceland’s cocktail scene (and an easy pick for one more round); the same could be said of Slippbarinn in the Icelandair Reykjavík Marina Hotel, which is famous for introducing cocktails to Iceland in the first place.

The Laundromat Café and Lebowski Bar—one a book-filled coffee shop and bar, the other named after 1998’s The Big Lebowski—attract tourists and locals alike until they close at 4:30 a.m.; Kex Hostel, with its 24-hour bar overlooking Mt. Esja, attracts a similar crowd and doesn’t ever truly shut down. And at Paloma, a dance club on Naustin, three floors of house, techno, and DJ sets may be what finally sends you lumbering toward bed.

Pick your poison; so long as you keep the 2:00 a.m. call time in mind, it’s difficult to make a bad pick on a Friday or Saturday night in Reykjavík. Set your alarm and sacrifice your sleep schedule, and you’ll quickly find yourself stopping in for one more (and one more, and one more) before you call it a night—or, technically, a morning.

A version of this story appeared in
Here Magazine issue 11.