19 Stories About People Making a Difference All Over the World

International stories about people from all walks of life improving their communities through food, art, music, tourism, entrepreneurship, and activism.

Since Here Magazine formed in 2017, our editors have taken some incredible trips. We’ve ascended dormant volcanoes in Hawaii and witnessed the diverse flora and fauna of the Galápagos; we’ve traversed the winding roads (and rowdy bars) of Iceland; we’ve witnessed the untamed wildlife of Zambia and sought out Shanghai’s elusive speakeasies; hell, we’ve eaten more Roman pasta than we previously thought humanly possible.

Still, nothing will ever be quite as amazing as the folks we’ve met along the way.

People are at the heart of what we do at Here. The spirit of our work lies in the beauty of connection—not only with places, but with the creatives, entrepreneurs, social activists, distillers, restaurateurs, and others who inhabit them. From the travel advice we give (“Always ask your bartender for the best places to hang out” makes the list every time) to the enterprises and causes we support, locals remain the key element that ties our community and our stories together.

Below, join us in celebrating humanity with stories about people from all walks of life changing the world for the better, one community at a time. And once you’re done catching up, consider visiting each venture on the web or social media to listen and learn about the best ways to support them in the coming months.

Consider buying their artwork, ordering their food, streaming their music, purchasing gift cards, donating, and sending words of encouragement. Now more than ever is a time to uplift small, local businesses. 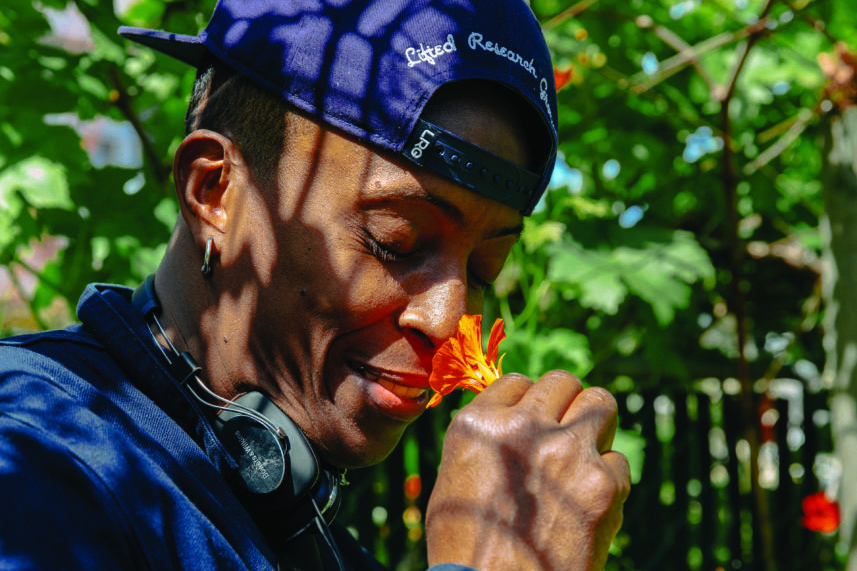 Amidst a Housing Crisis, Oakland’s Chefs Protect the Local Flavor

Oakland’s new reputation as a tourist- and foodie-friendly destination has triggered a housing crisis that has displaced thousands. Now, as expansion continues, the city’s chefs are standing in to defend the local flavor. 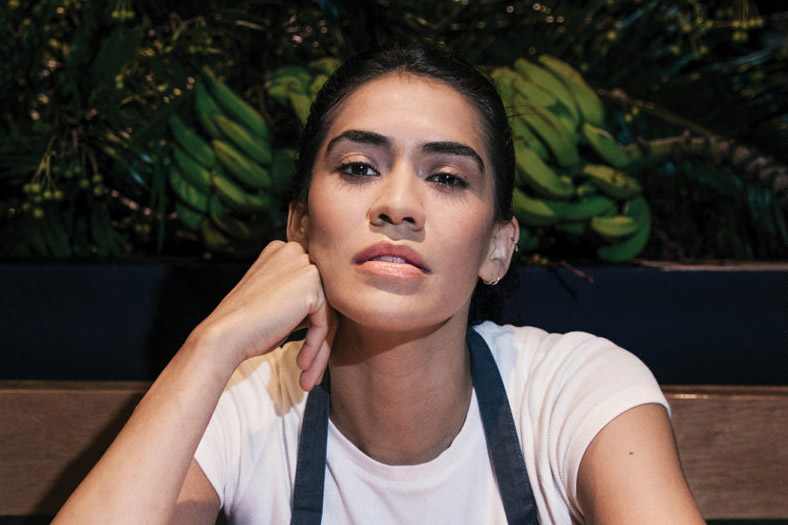 At 23, Daniela Soto-Innes became the head chef at Cosme, New York City’s hottest Mexican restaurant. Almost six years and many awards later, it’s her innovative leadership that has had the greatest impact. 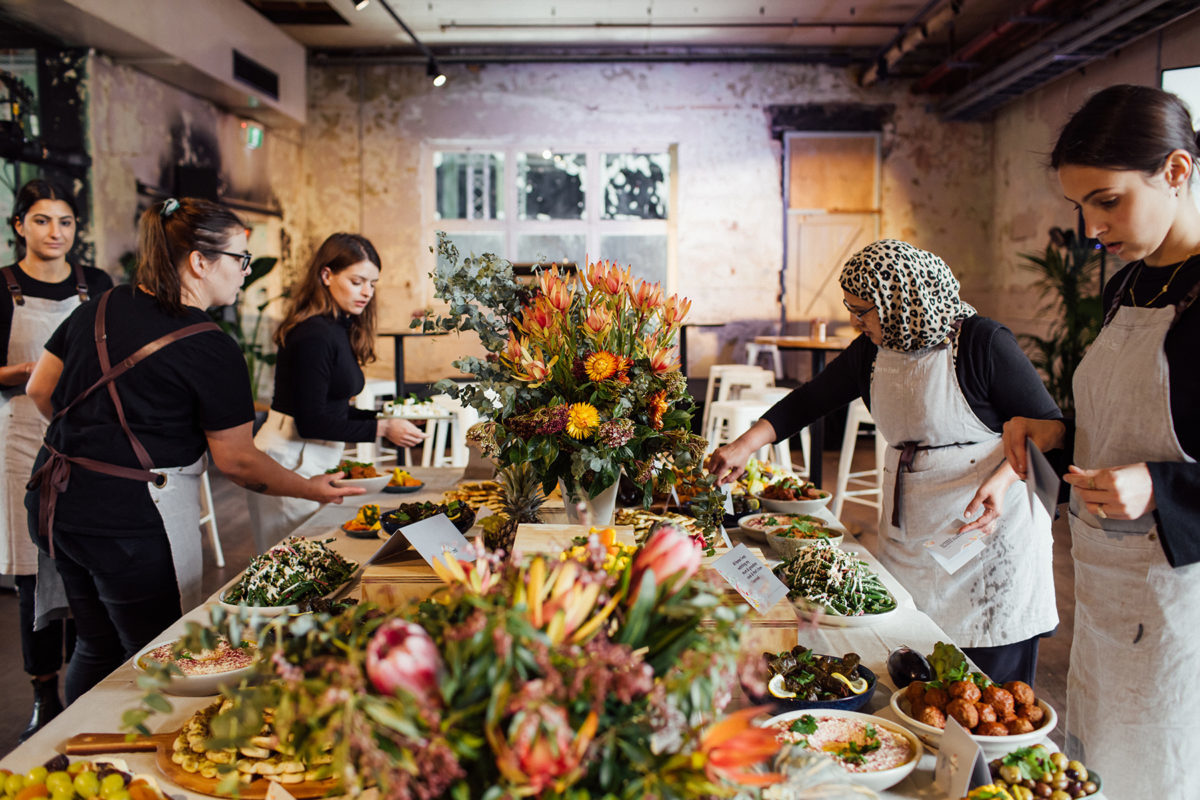 Free to Feed founder Loretta Bolotin, third from left, preparing to cater a conference in Melbourne with her team.

In a country known for its particularly harsh immigration laws, these food-centric social enterprises welcome refugees to Melbourne with a seat at the dinner table. 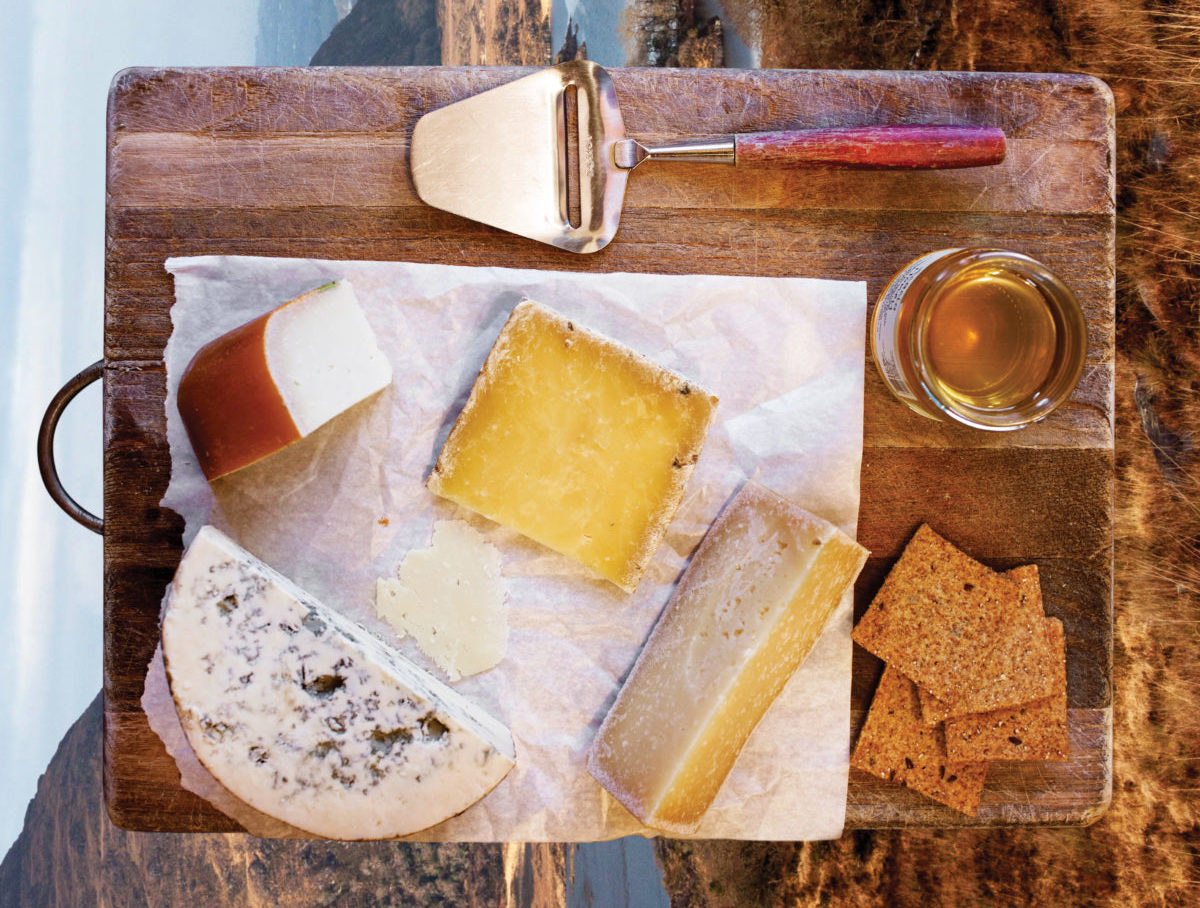 A spread of Irish cheeses from Sheridans Cheesemongers.

Everything You Need to Know About Dublin’s Culinary Comeback

Over 150 years after the Irish Potato Famine, chefs in Dublin are making the most of what is now the world’s most food-secure nation. Against all odds, Ireland’s capital city has become a veritable foodie destination with a thriving culinary scene that’s both eclectic and progressive while also embracing tradition. 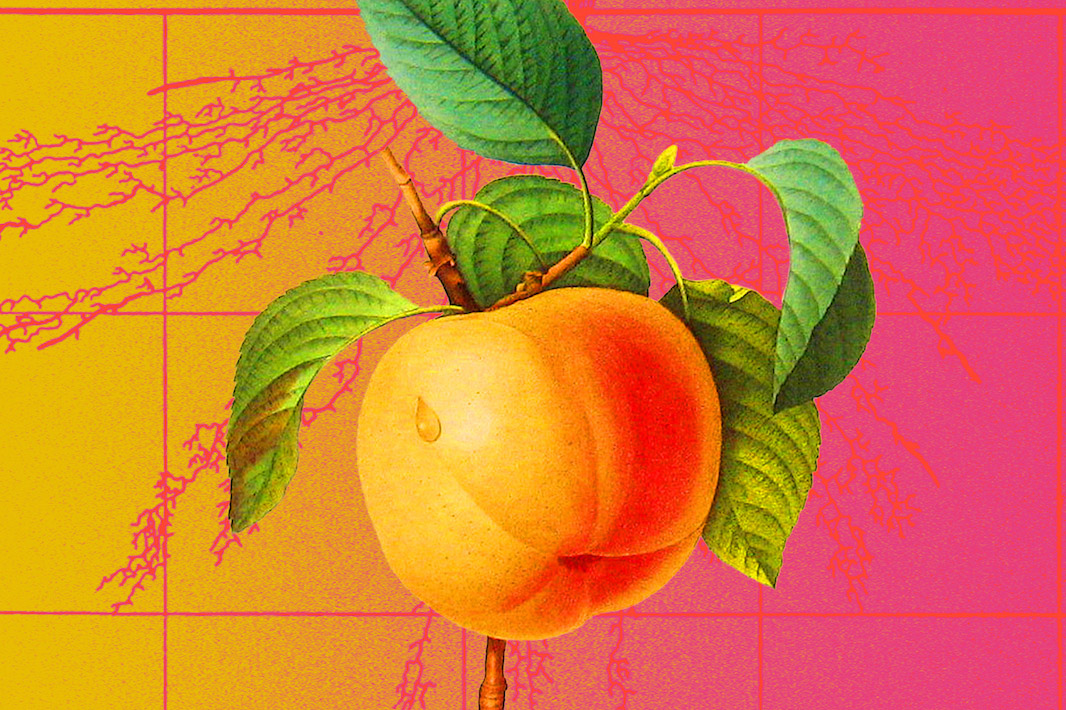 "After Maria, Puerto Ricans realized how important it was for us to have our own and be self-reliant," says Efrén David Robles. "The hurricane shook us up and scared us, but it also made us get creative."

In the wake of natural disasters, Puerto Ricans have turned to the land for sustenance—rediscovering a rich heritage in the process. 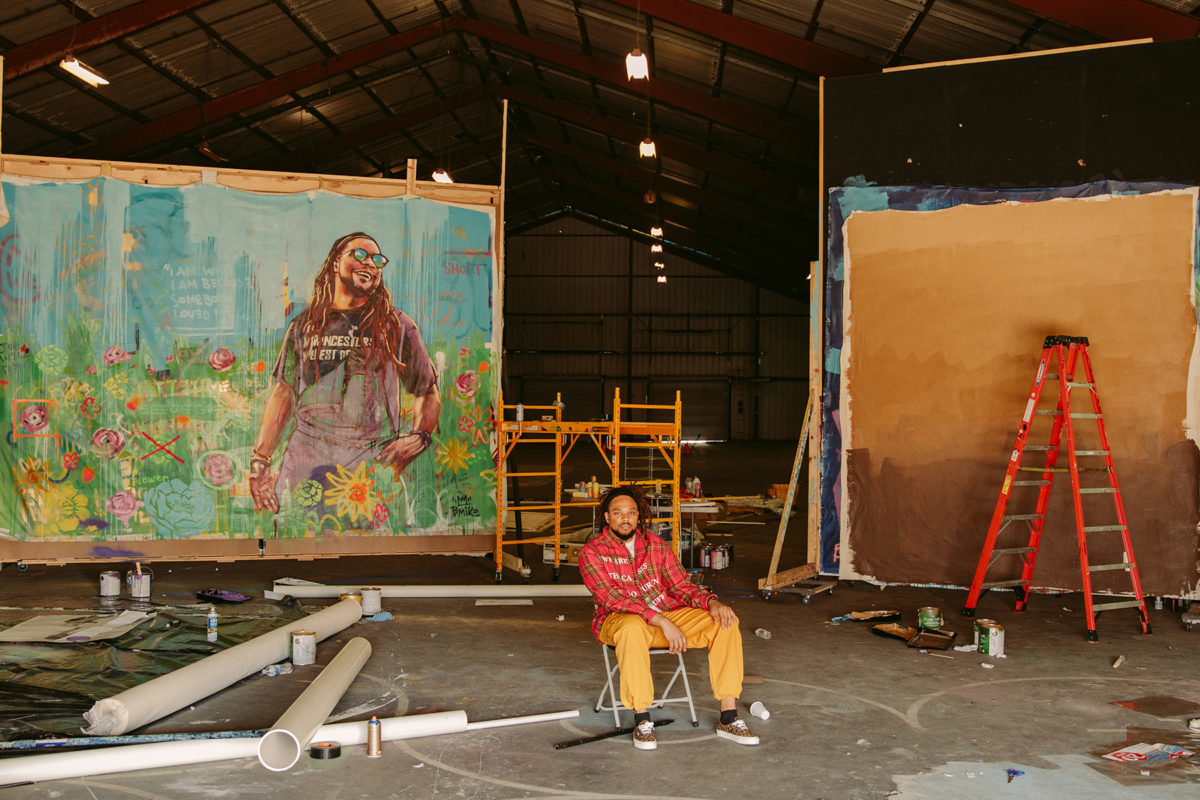 The Survival of New Orleans’s Arts Community After Katrina

Fourteen years after Hurricane Katrina, some areas of New Orleans remain abandoned, while others are bursting with tourists. As the community grapples with both, local artists—themselves a mix of natives and new arrivals—struggle to make it in the city that inspires them. 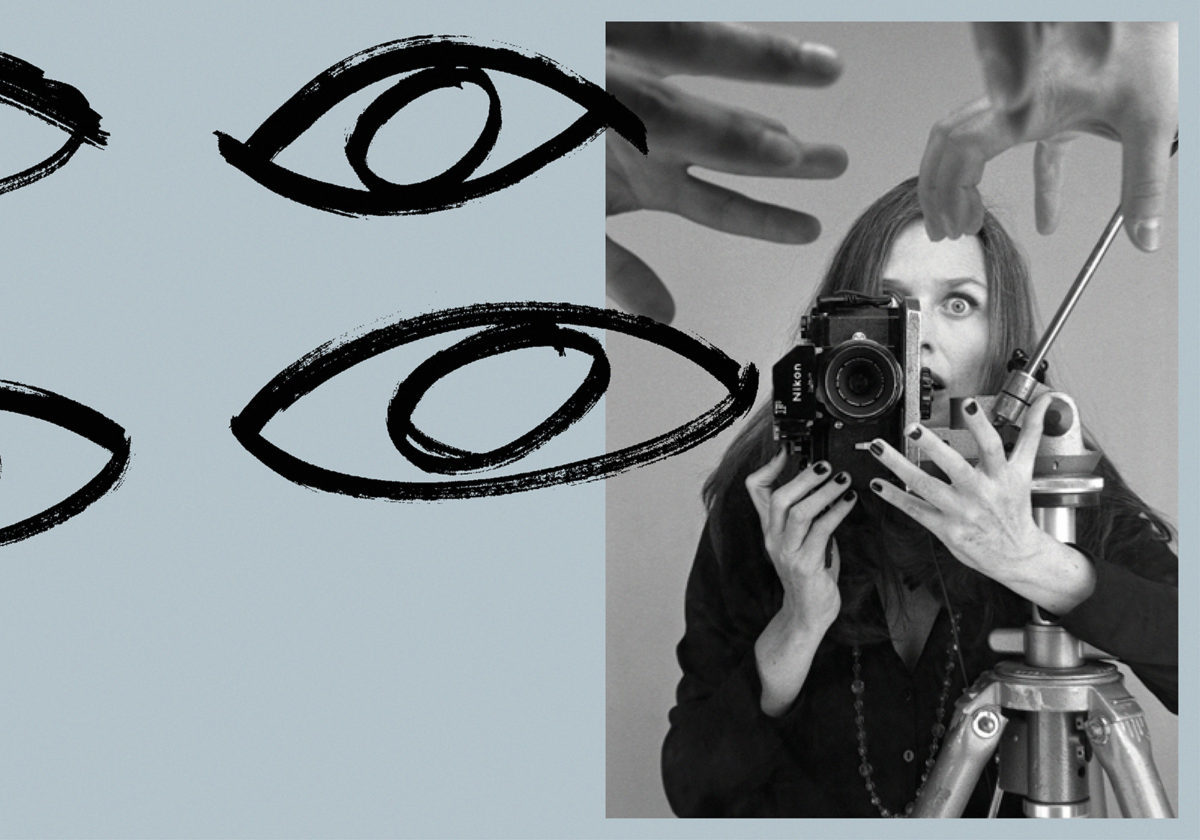 How the Female Artists of Madrid Are Finally Getting Their Due

Male artists have dominated Madrid’s art world for centuries. But now—ahead of Museo Nacional del Prado’s second-ever exhibit to highlight only female artists—it’s clear that women are its future. 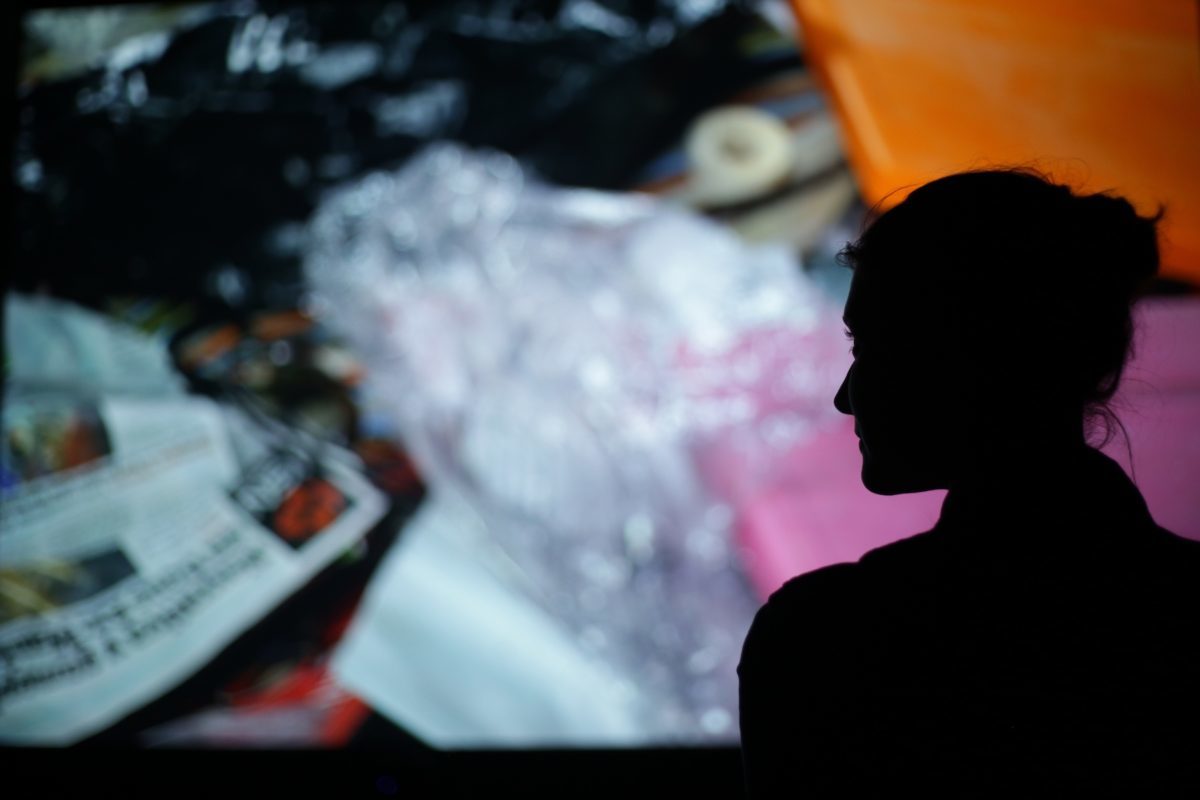 Inside MUAC in Mexico City.

Art Gets Political in Mexico City

Artists in Mexico City have been known to get political, figuratively inviting bureaucracy into their studios—and sometimes literally. 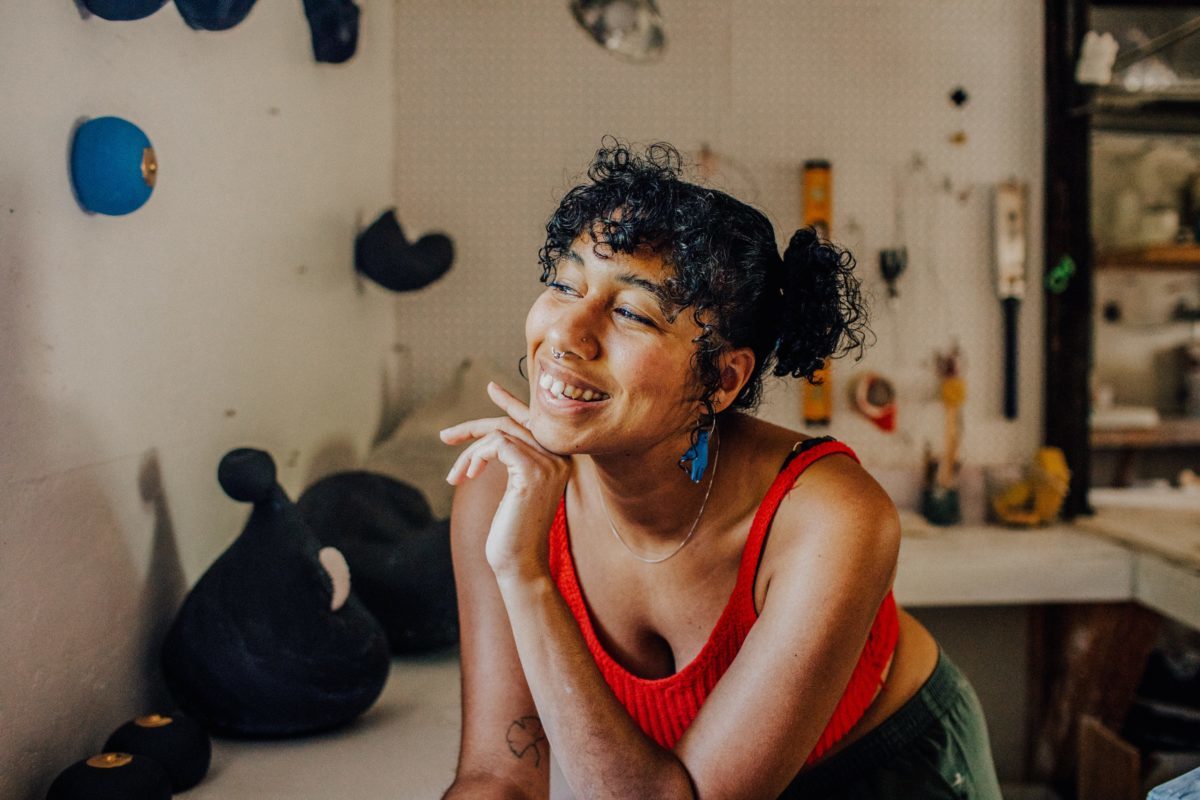 “Making it” as an artist, musician, or winemaker is challenging for anyone; the people of color in Portland, Oregon, are working overtime not only to achieve creative success, but to shed the labels that follow them to the top. 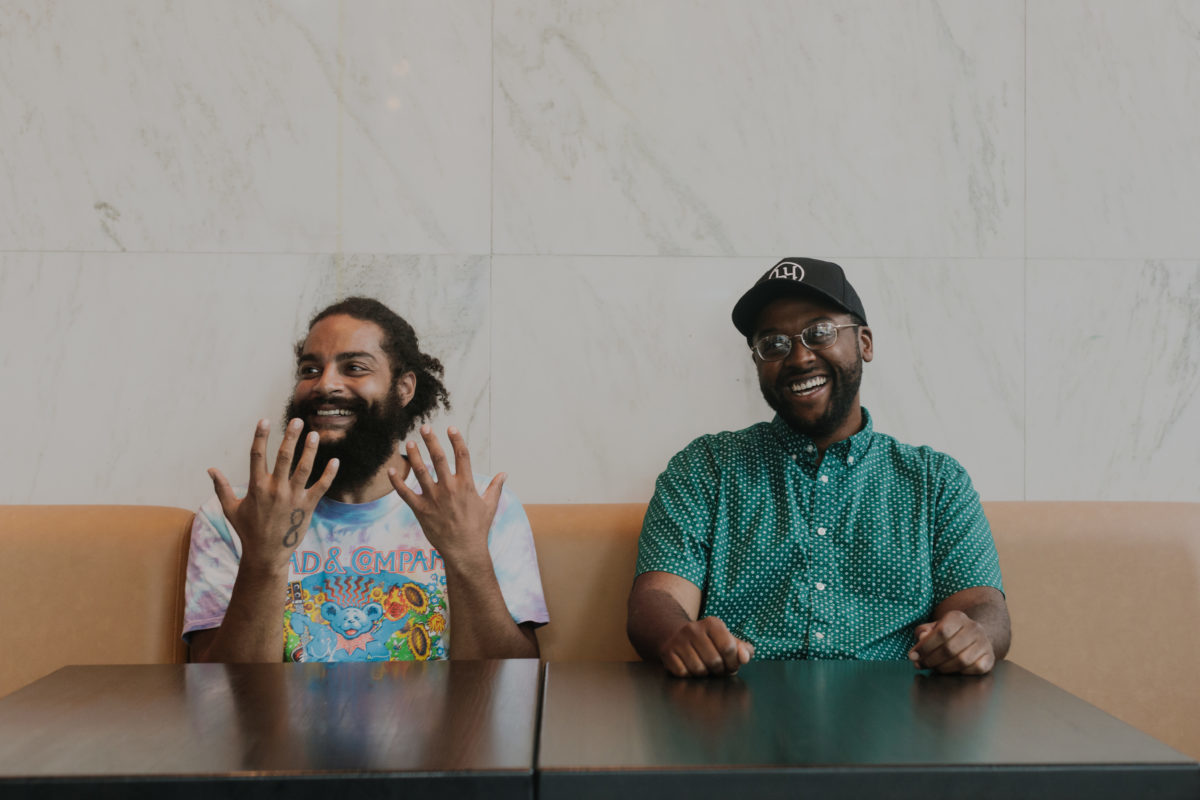 In Louisville, Kentucky, the scene hitting its stride the hardest is hip hop, as a multitude of styles and sounds flood the streets. And while diversity is a way of life here, the city’s artists are united in one shared interest: showing their hometown, and the people who live there, the love they deserve. 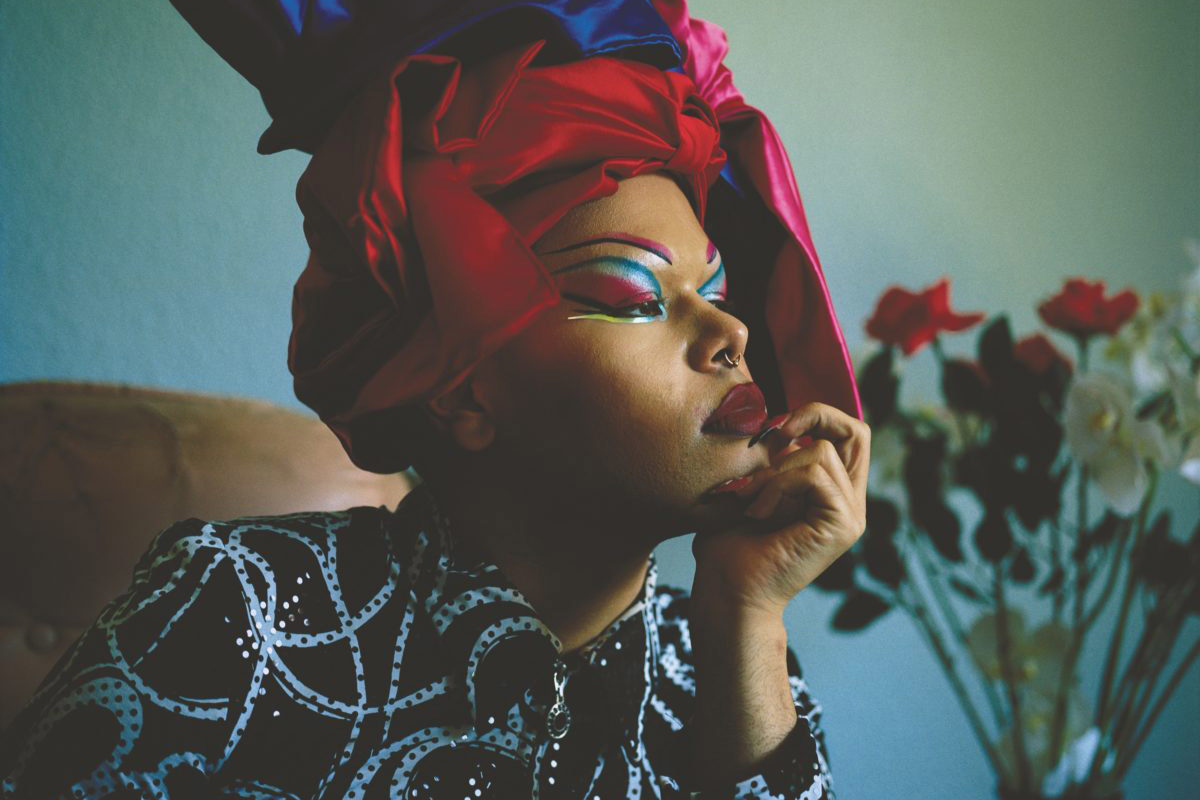 In Cape Town, queer musicians have spent years marching to the beat of their own drum—and now, they’re ready for their city to follow suit. 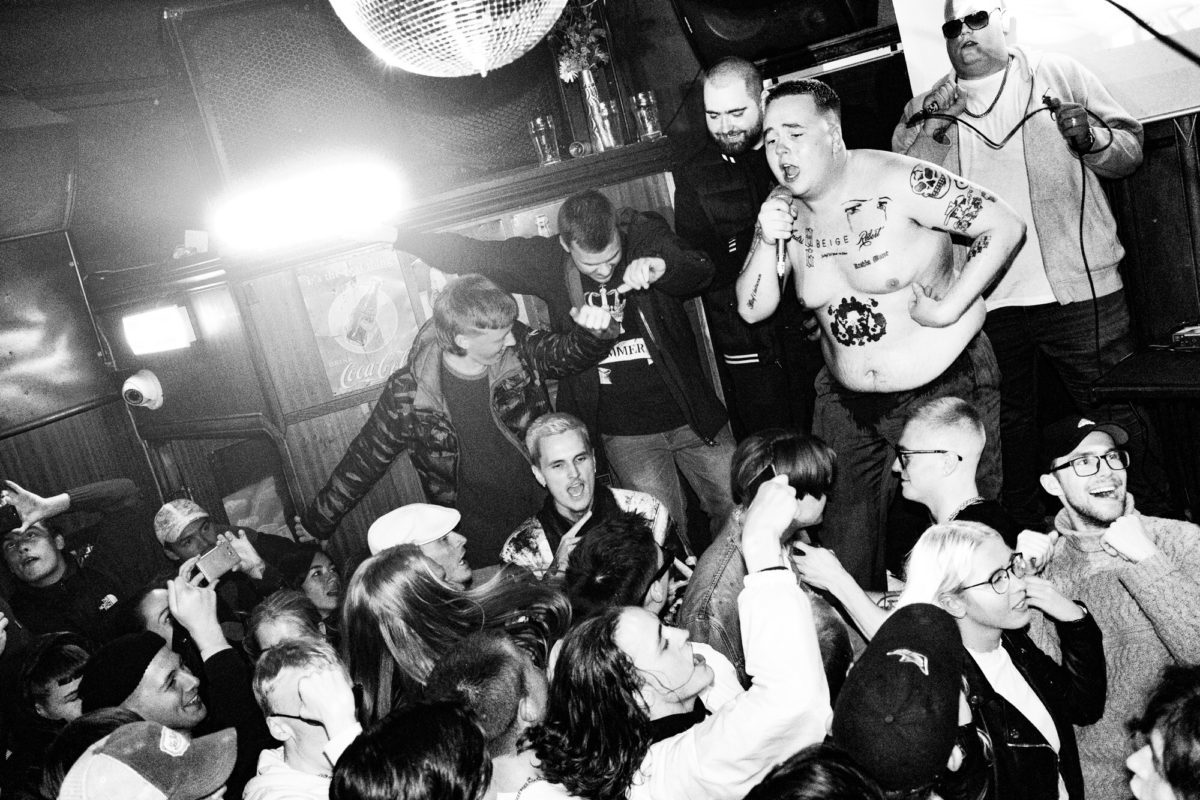 Inside Prikið, a bar and local favorite amongst the bands and fans that comprise Reykjavík's music scene. Photo by Berglaug Garðarsdóttir.

Metal is a genre largely misunderstood—but in a place like Reykjavík, Iceland, it’s a necessary outlet for creatives whose lives exist at the mercy of an environment far beyond their control. 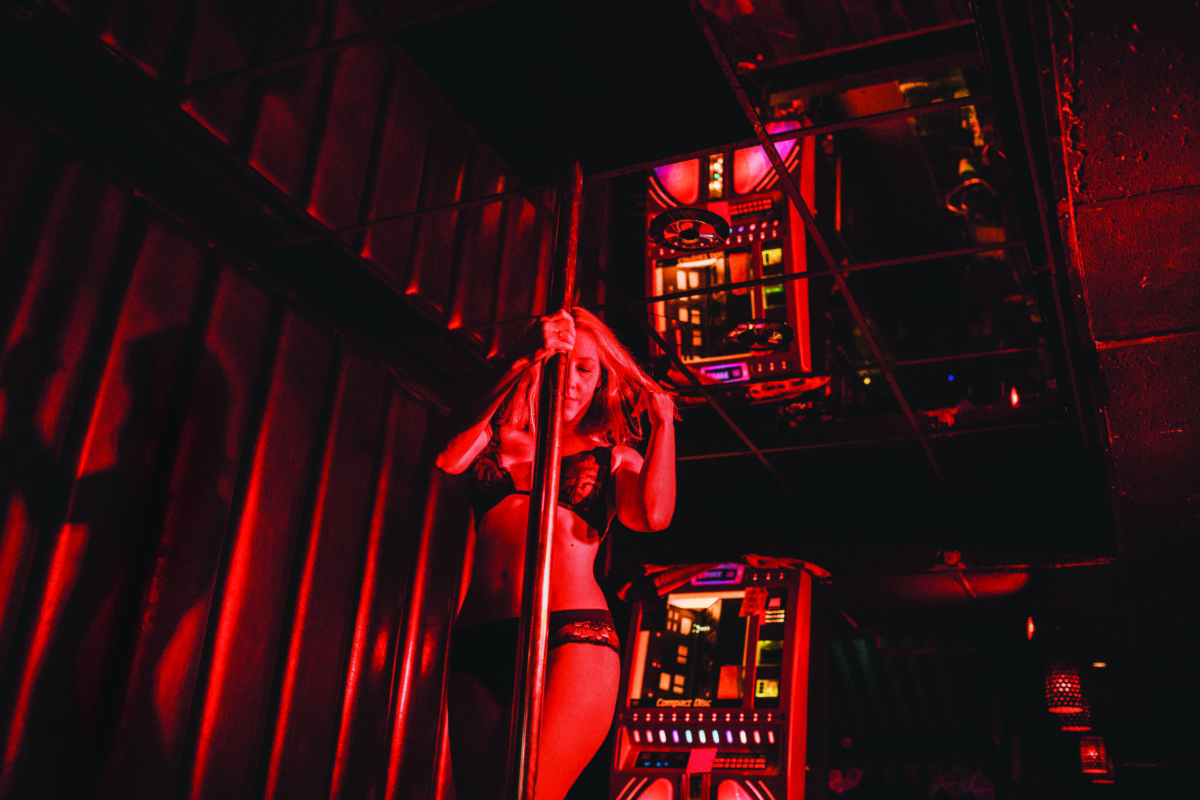 Liv Osthus, known locally as "Viva," has been stripping for 23 years.

Welcome to PDXXX, Where Strippers Are Keeping Portland Weird

Portland, Oregon, has long been a haven for nonconformists. And though the punk of the ’70s might be long gone, there’s a different group keeping Portland’s tradition of radical performance alive; one that’s more Courtney Love and less Kurt Cobain. 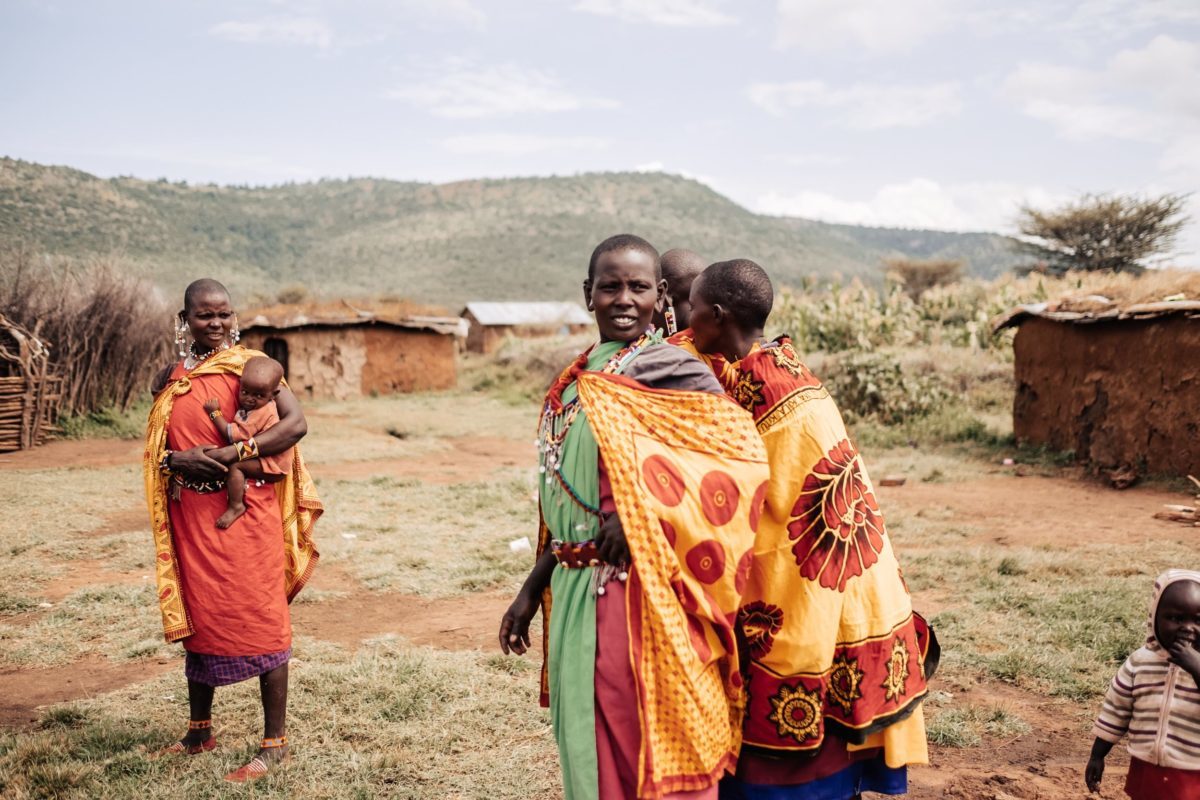 Tour company Kin Travel partners with hotels like Cottar's Safaris in Kenya to introduce tourists to a more responsible way of traveling.

In an industry dominated by hospitality companies that prioritize profitability over responsibility, these socially-conscious hotels and agencies are working to protect the communities they call home. 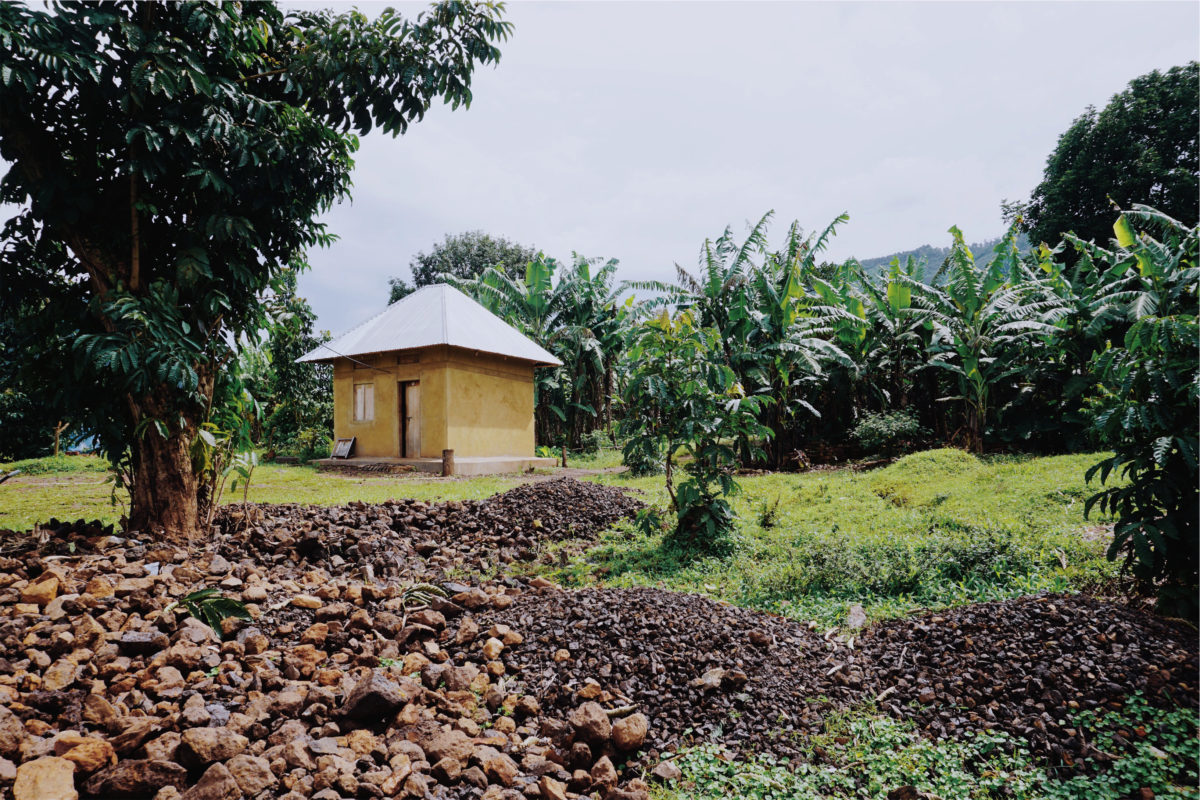 In much of this East African country, the balance between people, wildlife, and the growing tourism industry is delicate, marred by strained relationships in need of healing—and Robert Byarugaba’s agricultural initiative in the southwestern region of Bwindi is on track to provide the antidote. 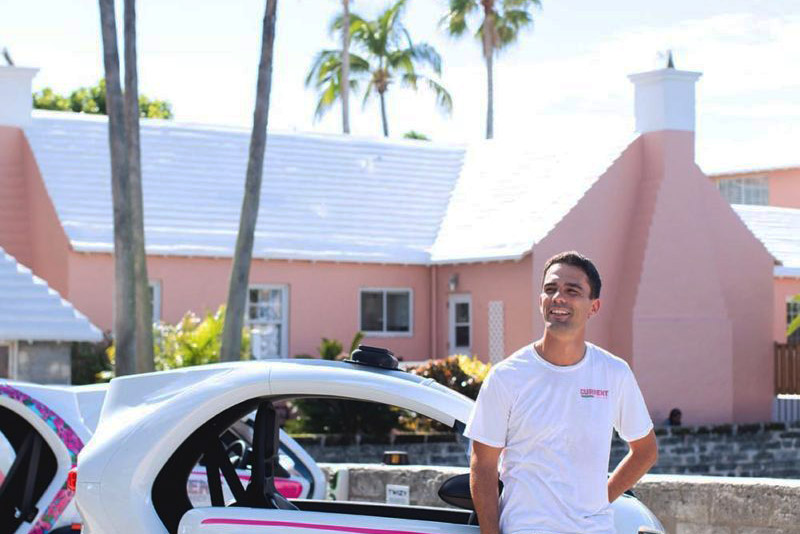 How Bermuda’s Entrepreneurs Are Transforming Tourism on the Island

From apps to surfboards to two-seater cars, entrepreneurs in Bermuda are opening up possibilities for visitors looking to venture beyond resorts. 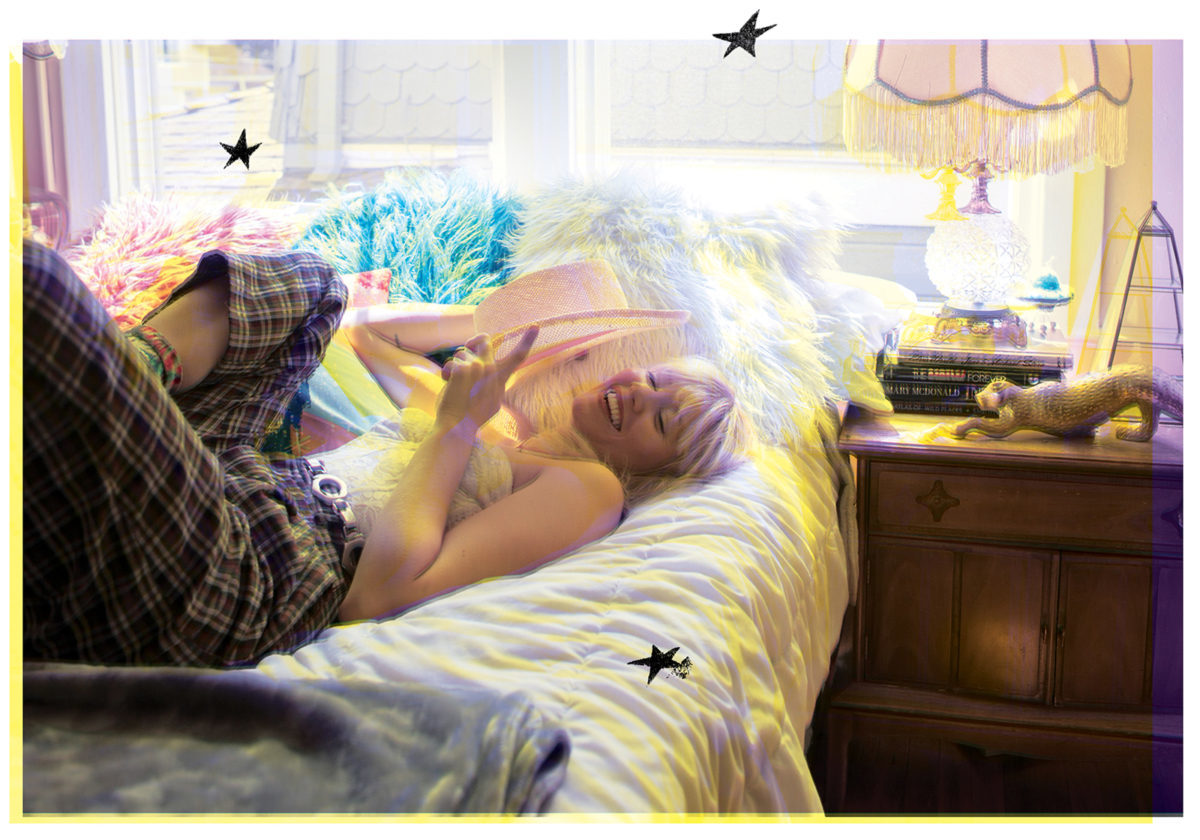 Don’t let the partying and the sparkles fool you: Harlee Case is all business. She just happens to be in the business of fun. The Portland-based founder of cannabis company Ladies of Paradise shares her philosophies on packing, being a woman in the weed industry, and relieving anxiety with her good friend Mary Jane. 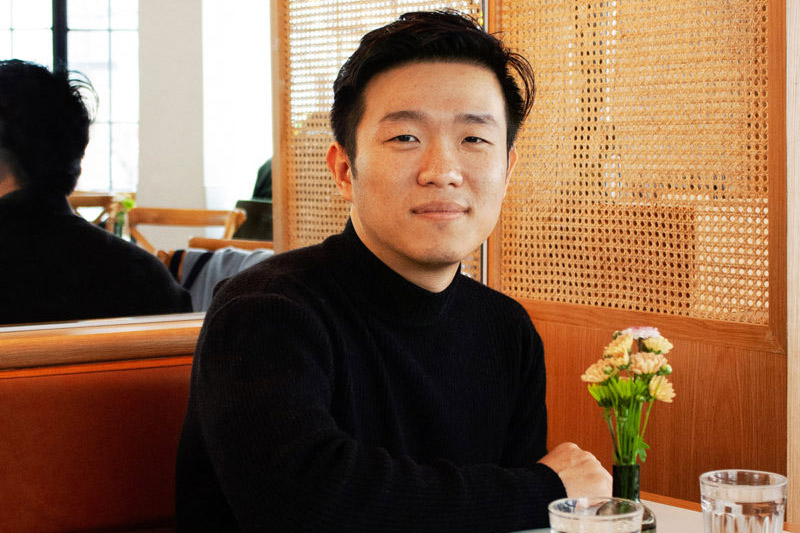 As Shanghai hurtles into the future, technological and commercial advancements would appear to threaten real-life connections. Still, the city’s entrepreneurs and creators support conscious expansion, pushing the city forward while protecting the very things that make us human. 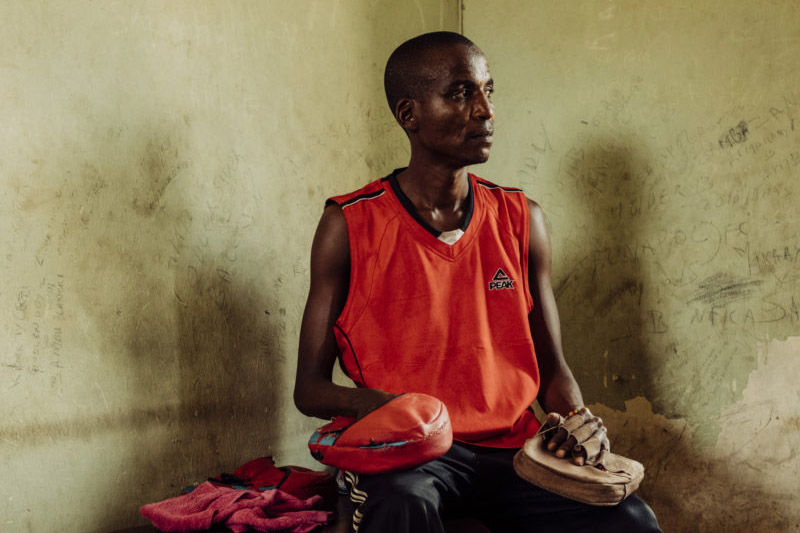 Boxing for Peace in Northern Nigeria

The Kano Amateur Boxing Association hinders gang recruitment in the area, rehabilitating ex-gang members through boxing and giving at-risk children and young men a community and a new purpose. The one key tenet all participants must adhere to? No fighting of any form outside the boxing club.