Where to Travel in October 2019

If September is the best month for travel, October isn’t too far behind. Delving even deeper into shoulder season, October travel is a great time to get away from the crowds and escape to warmer weather as fall and winter creep in. There’s also a tinge of zany Halloween energy that any traveler can tap into, and we’re here for it. See below for our editors’ picks for the ideal October getaways, longer vacations, and where we’re actually heading off to this month. 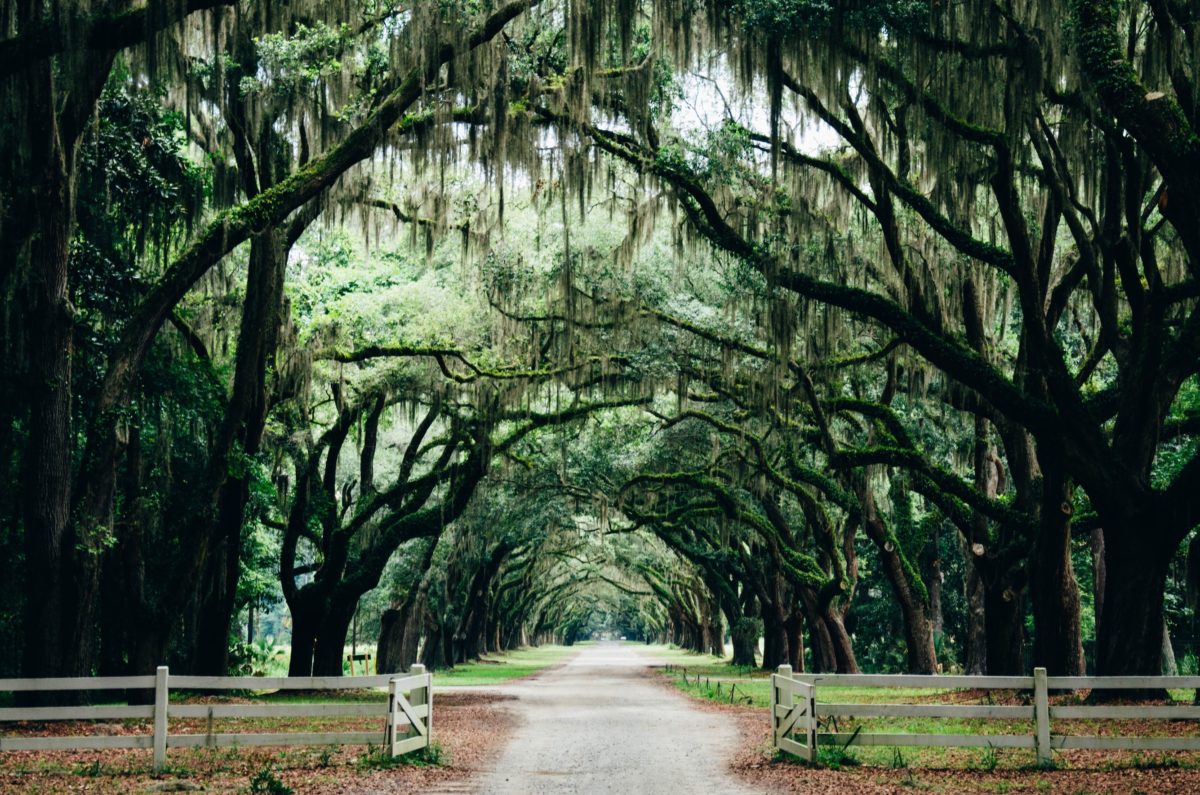 Savannah, Georgia, is famed for its abundance of Spanish moss.

Being from Georgia, I grew up taking short trips further south to Savannah—famously one of the most haunted cities in the United States. “Chicken Little” is my middle name, so most of the ghost tours spooked me pretty easily, but a select few places around town—for example, 17Hundred90 (Room 204, specifically) and Moon River Brewing Co.—have been known to make believers of even the most skeptical souls. Luckily, if you really freak yourself out, there’s also plenty of art and food in Savannah to distract you. Hopefully, things like oysters and fried chicken will keep the nightmares at bay. —Tiana Attride; Editorial Assistant

This month I am, with trademark subtlety, recommending a literal ghost town. By ghost town standards, Bodie is a stunner. Located in the desert of central California, it’s a compound of 170 stark-in-a-pretty-way Western-style buildings—including a church, two movie theaters, and a graveyard, all unused since the 1930s—against a backdrop of long grass, scrub-dotted hills, and a huge, pale sky. The weather is as gothic as the town: 100-mph winds are common; and after dark, because of the altitude, temperatures can plummet below freezing year-round. Bodie is like a film set at the end of the world. If you need to cheer yourself up, Reno is 2.5 hours away by car. —Chloe Scheffe; Senior Editorial Designer 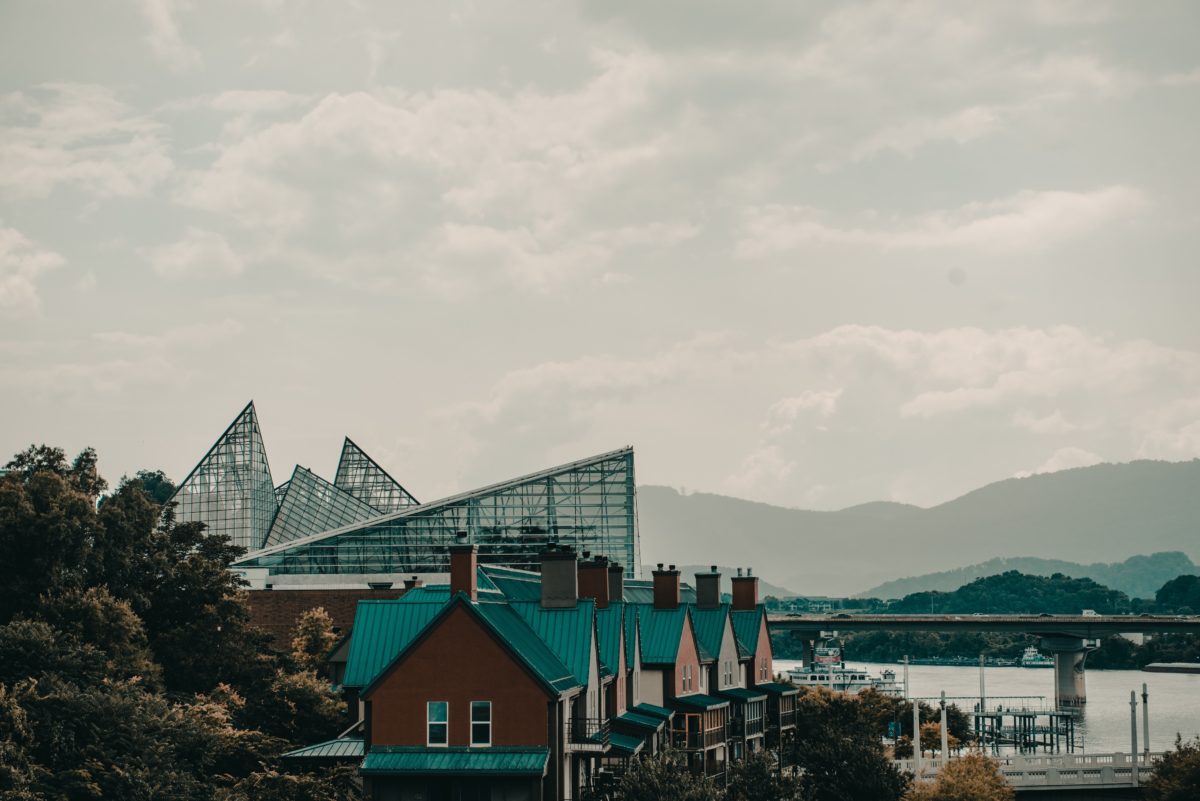 The Tennessee Aquarium in Chattanooga is a popular destination for people traveling down South.

Apparently Chatta-boo-ga is home to some of the scariest ~haunted~ sites in the country: the Ruby Falls Haunted Cavern and Dread Hollow. We’re talking escape rooms, pitch-black darkness, lots of shadows, and lots of screaming. Considering how I still have nightmares about Joel Schumacher’s 2004 live-action film Phantom of the Opera, haunted houses are not exactly my scene—instead, catch me on the Chattanooga River, mint julep to my lips, enjoying a Boo-ze cruise on a nice, wholesome riverboat. Undead not welcome. —Emma Glassman-Hughes; Senior Associate Editor, Print

I hate scary things so I am going to suggest an Alpaca Farm. Google for one near you—they’re everywhere. Nothing sounds more ecstatically fall to me than wearing mittens and a giant scarf, leaf-peeping on a short drive, and petting those furry friends with the absolutely perfect faces. Faraway Farm Alpacas is my choice in the Tri-State Area. —Annie Werner; Managing Editor, Digital

If it’s not clear yet, the Here Magazine team is a bunch of wimps, myself included. (And isn’t the real world scary enough?!) My favorite fall escape is to Storm King Art Center in Upstate New York, which is beautiful year-round but most especially when the leaves start to turn. Find obligatory apple picking at nearby Apple Dave’s Orchards. —Ally Betker, Editorial Director 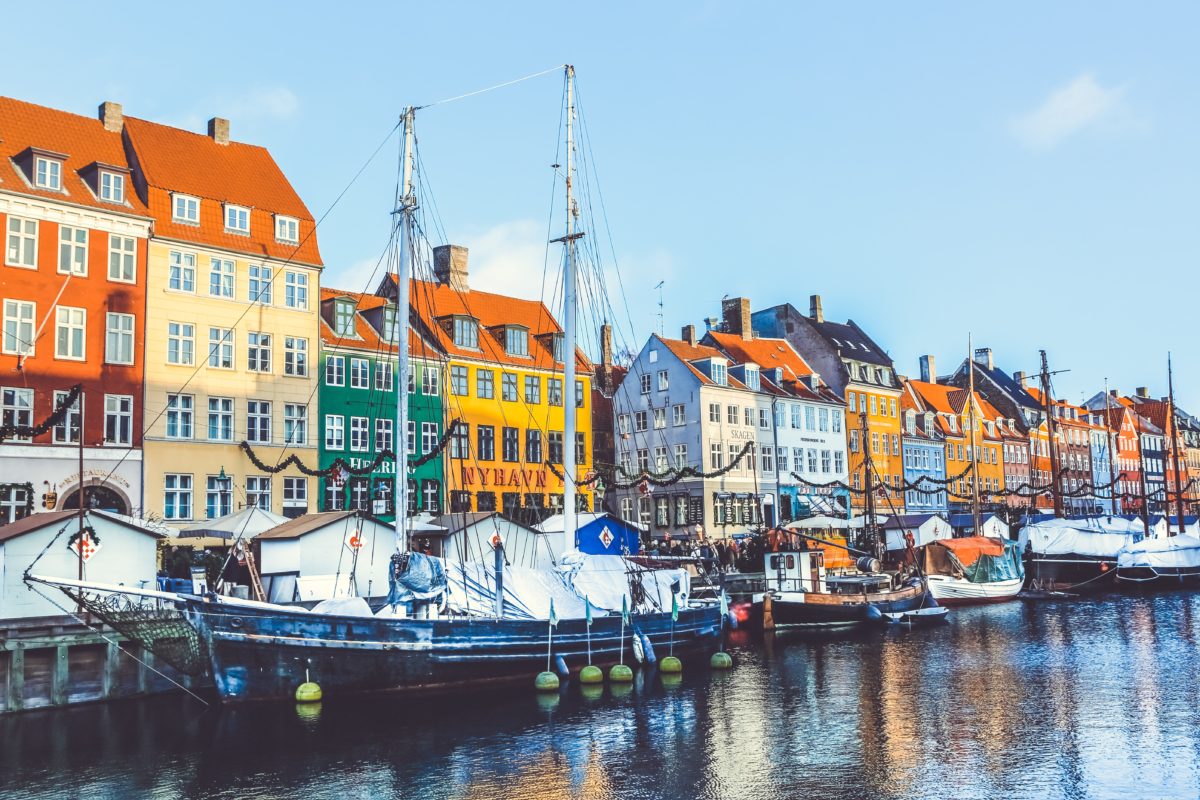 Copenhagen is easily explored on foot, by bike, or by boat.

For anybody generally unfamiliar with New Orleans, three things immediately come to mind when they think of the city: food, alcohol, and Voodoo. Being another city I frequented growing up, my associations are more oriented towards family and pre-Katrina memories—but things like Marie Laveau’s shop in the French Quarter still linger in the back of my mind whenever I visit. I always think of the shrine that sits just inside the door—there’s a sign above it warning visitors not to touch or else they’ll face dangerous consequences from the spirit world. I’m not sure if it’s true or not, but I have zero plans to test it and find out! —TA

I recently read A Work in Progress, Rene Redzepi’s diary of a year in the test kitchen at Noma, and his vivid descriptions of the turn of seasons, particularly late summer to fall, had me longing all over again to experience Copenhagen for myself. Aside from its vibrant food scene, modernist design sensibility, and a level of navigability that puts most of Europe to shame, Copenhagen is well-known as one of the world’s happiest cities. If you’re anything like me, you’ll want to stock up on happiness before winter hits. (If Halloween is top of mind, check out Copenhagen Weirdwalks. They specialize in themed walking tours: Try the Dark Tour, Lucifer Tour, or Crime Tour, to name a few.) —CS

Dracula fans unite: Transylvania is only four hours from Romania’s capital city of Bucharest, where you can enjoy all the splendors of a Euro vacay on a tighter budget. Beyond the vampiric allure and mythology, Transylvania’s Carpathian mountains make for an unsung white wine region (I know what you’re thinking—wouldn’t vampires rather drink red?). —EG-H 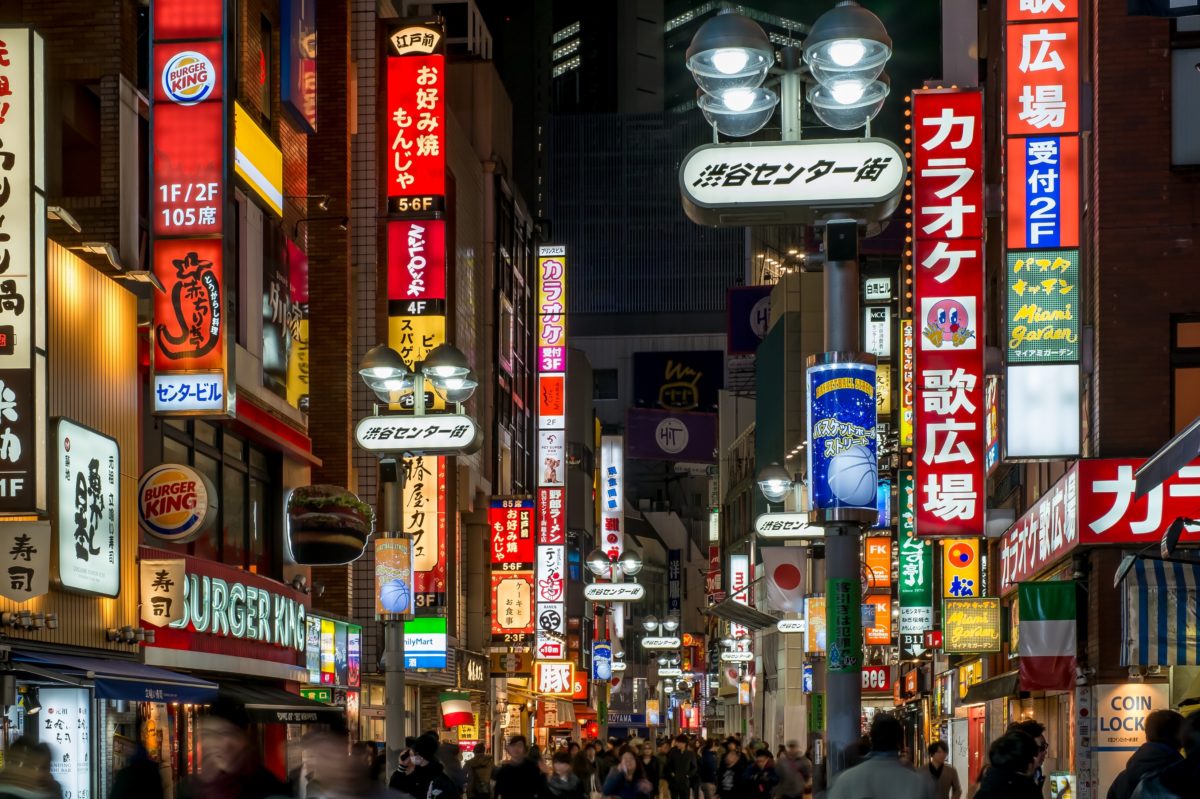 Tokyo is often popular for spring and winter travel, so avoid the crowds with a fall trip.

I’m pretty convinced that October is the best month to visit the best city—it’s hot and rainy in the summer, cold in the winter, and spring is overcrowded with cherry blossom tourists. Go for a 20 minute pour-over coffee at Satai Hato to really lean into the cozy fall vibes. —AW

If you needed a sign to convince you to plan a trip around the fall foliage, this is it. Estes Park serves as a gateway to the Rocky Mountains and puts on a dazzling display when the leaves on the Aspens turn bright shades of gold. Choose to take in the views by paddleboat, aerial tram, or by foot. And if you feel the need for a little more civilization, The Mile High City is a short 1.5 hour drive away. —Eunice Cancino; Associate Manager, Social Media

I hate to state the obvious here, but October = Oktoberfest = Germany! I’m actually not a huge beer or brats fan, but this green guide to Munich has me rethinking the city’s offerings (think: vegan restaurants and Japanese spas). Plus, there are plenty of places in Munich to chill out and read, which is my ideal way to spend a vacation. —AB 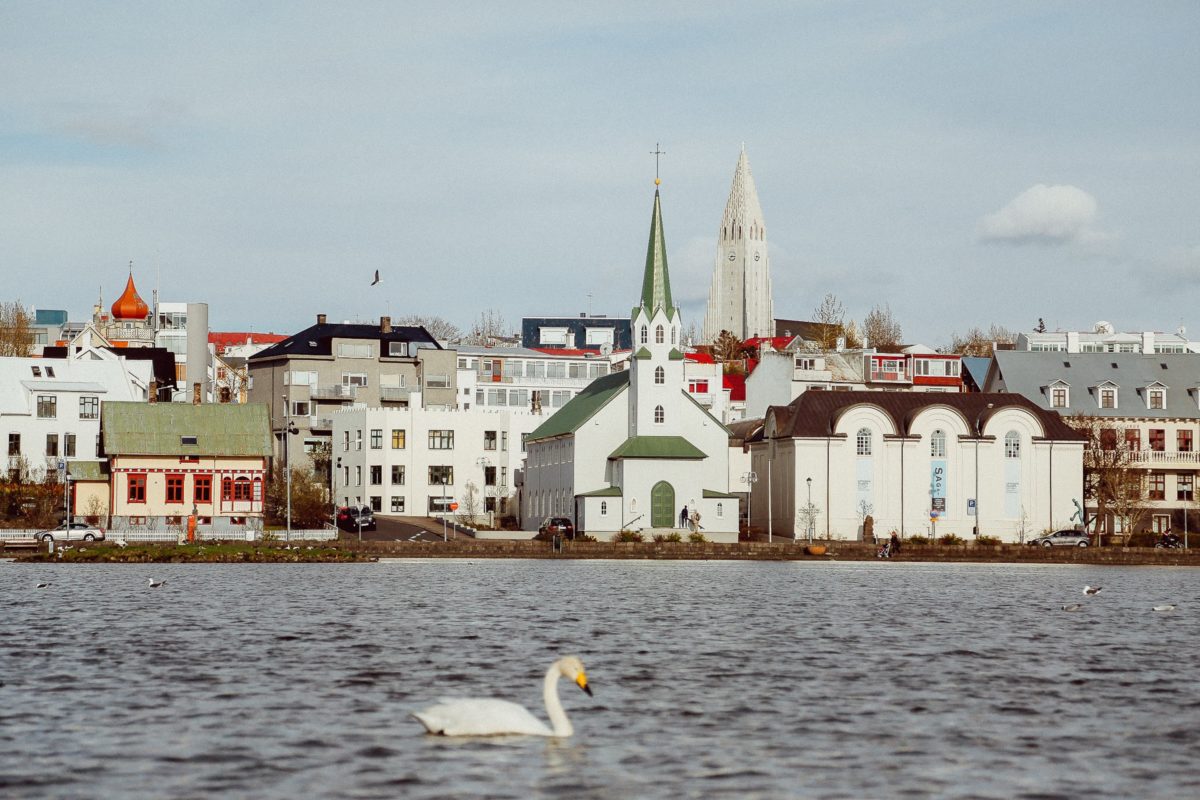 I visited for the first time last October and knew immediately that I wanted it to become a yearly adventure. Last time, I road tripped with friends around the country’s perimeter and fell in love with the landscape. This time, I’m excited to get a second shot at exploring the capital city, Reykjavík. I only hit a few bars and restaurants last time I was in town (Café Loki and Icelandic Street Food, I miss you!), so I can’t wait to find some new go-tos. Plus, fall is the perfect time of year to visit: fewer crowds than in the peak of summer or winter means that even heavily-touristed attractions like the nearby Golden Circle and the iconic Blue Lagoon become quiet and soothing. —TA

Queue up the Chris Daughtry because I’m going home! After what’s been my longest stretch away, I’m popping by for a quick visit to mom, dad, brother, and grandparents. Plenty of craft beer awaits: I’ll be heading to Eppig for their waterfront tasting room (the only in the city!), Modern Times for their Fruitlands guava gose, and Blind Lady Ale House because it’s walking distance from my parents’ place. A visit to Balboa Park with my grandma and a hike along my beloved Torrey Pines trail (complete with a beachside fish taco from Roberto’s) are also in my future. —EG-H 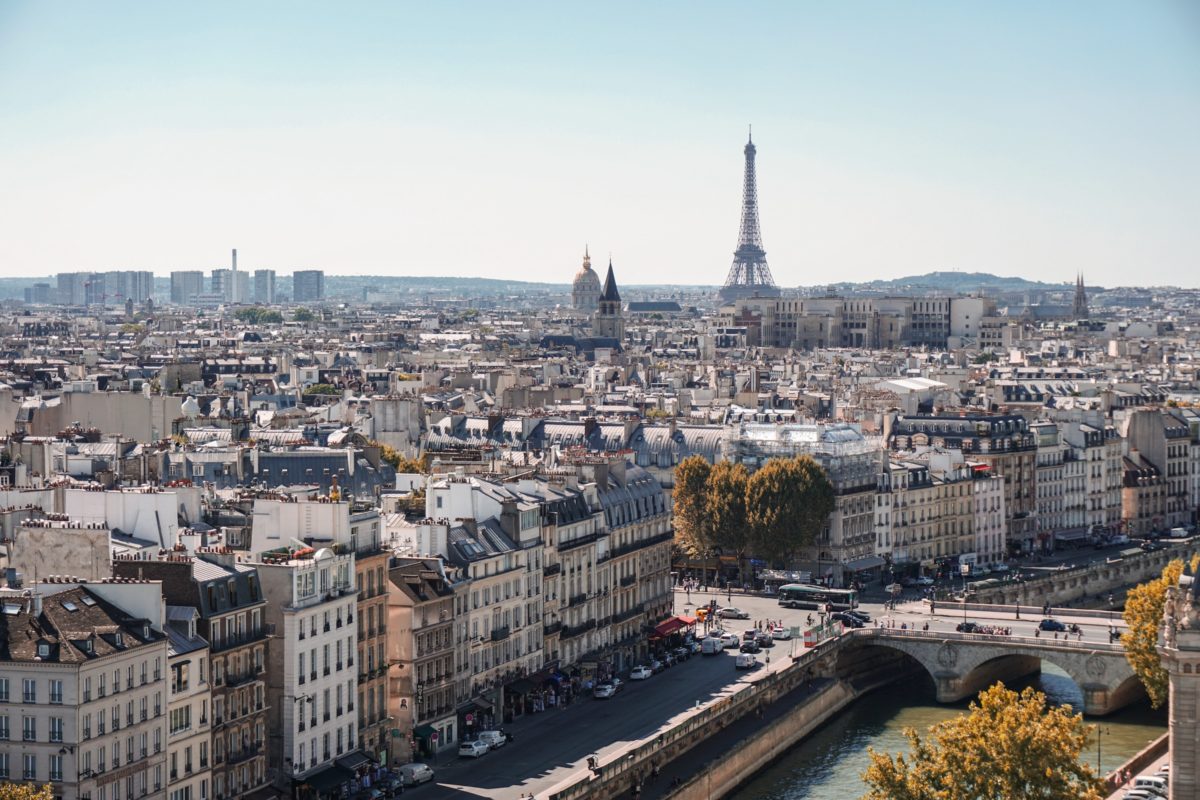 We love Paris any time of year—but especially in fall.

I haven’t been á Paris in over 10 years! It’s time. I’m going solo for my 30th birthday and will be hanging around the 10th and 11th arrondissements, taking part in the area’s stellar food and wine scene—I have a reminder set to make a reservation at Septime—but I also have my heart set on exploring the inner-city vineyard near Montmartre. —AW

This is a trip that was postponed in August, but I think October is probably the perfect time to head to the desert anyway. During my 48 hours in Santa Fe, I’m excited for vintage shopping, margarita drinking, and art viewing. In smaller, sleepier Taos, I’ll be hiking, resting, and figuring out why New Mexico is a state that’s attracted artists for decades. —AB