The Best Restaurants in Oakland, California

Three of Oakland’s best chefs share their favorite places to eat in their respective Oakland neighborhoods.

In Oakland, California, the tech boom has caused a massive transformation. A city that once had a reputation for violent crime is now tourist- and foodie-friendly—but, at the same time, the Bay Area finds itself in the grip of a housing crisis that’s left thousands displaced or homeless.

As expansion inevitably continues, Oakland’s chefs are standing in to defend the local flavor, acting both as food ambassadors and community leaders. And if there’s anyone to introduce you to the Oakland restaurant scene, it’s them. Here, we’ve compiled a food guide to each Oakland neighborhood from three of the city’s best chefs: Sarah Kirnon of Miss Ollie’s, James Syhabout of Commis, and James Beard Award nominee Tu David Phu. 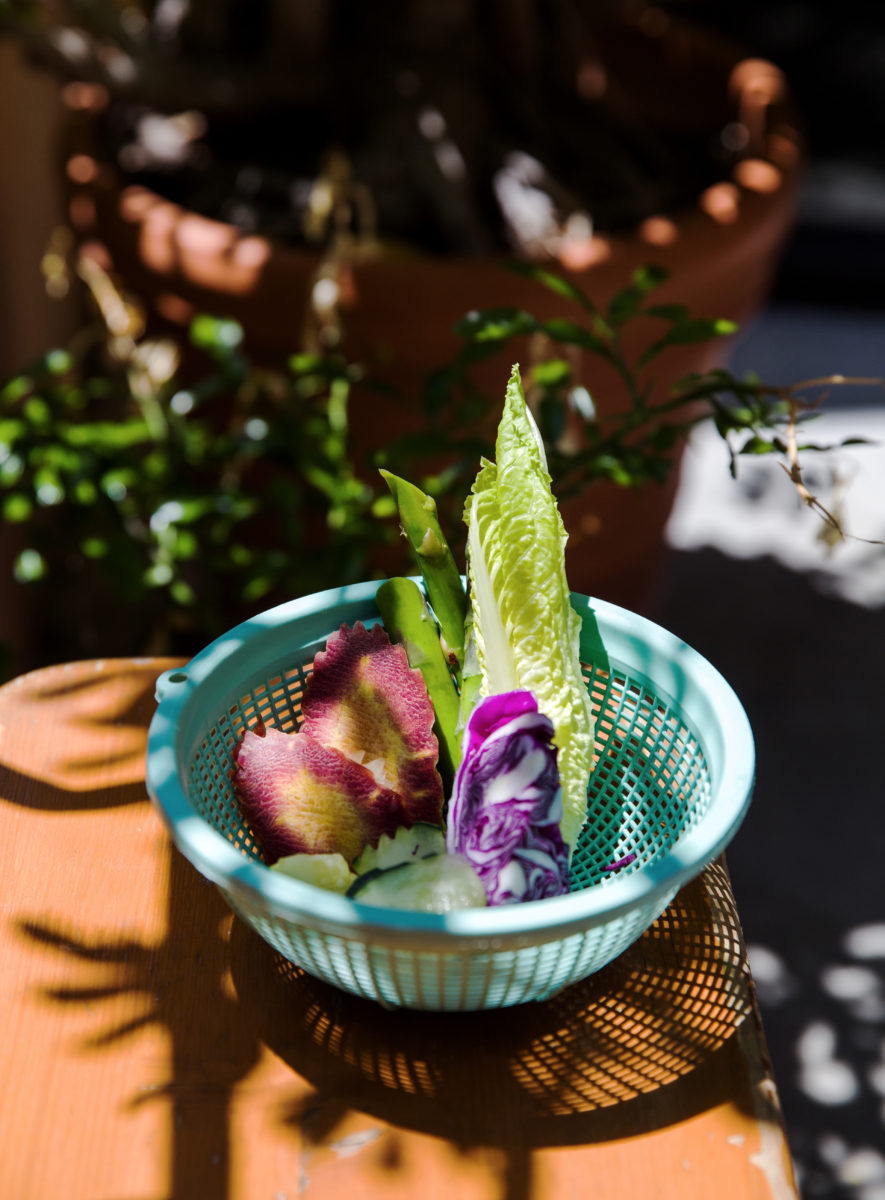 Chef Sarah Kirnon’s Caribbean soul food cafe, Miss Ollie’s, is named after Kirnon’s maternal grandmother and immediately feels like home when you walk inside (plus the whole place smells like the creole donuts on the menu). Other standouts include the fried chicken, jerk shrimp, and phoularie (split pea and okra fritters). From the bar, expect some twists on your classic cocktails, like the Creole Margarita, made with sustainably sourced mezcal. Among the rotation of frequent visitors to Miss Ollie’s? Bay Area icons Dave Chapelle and Mos Def. 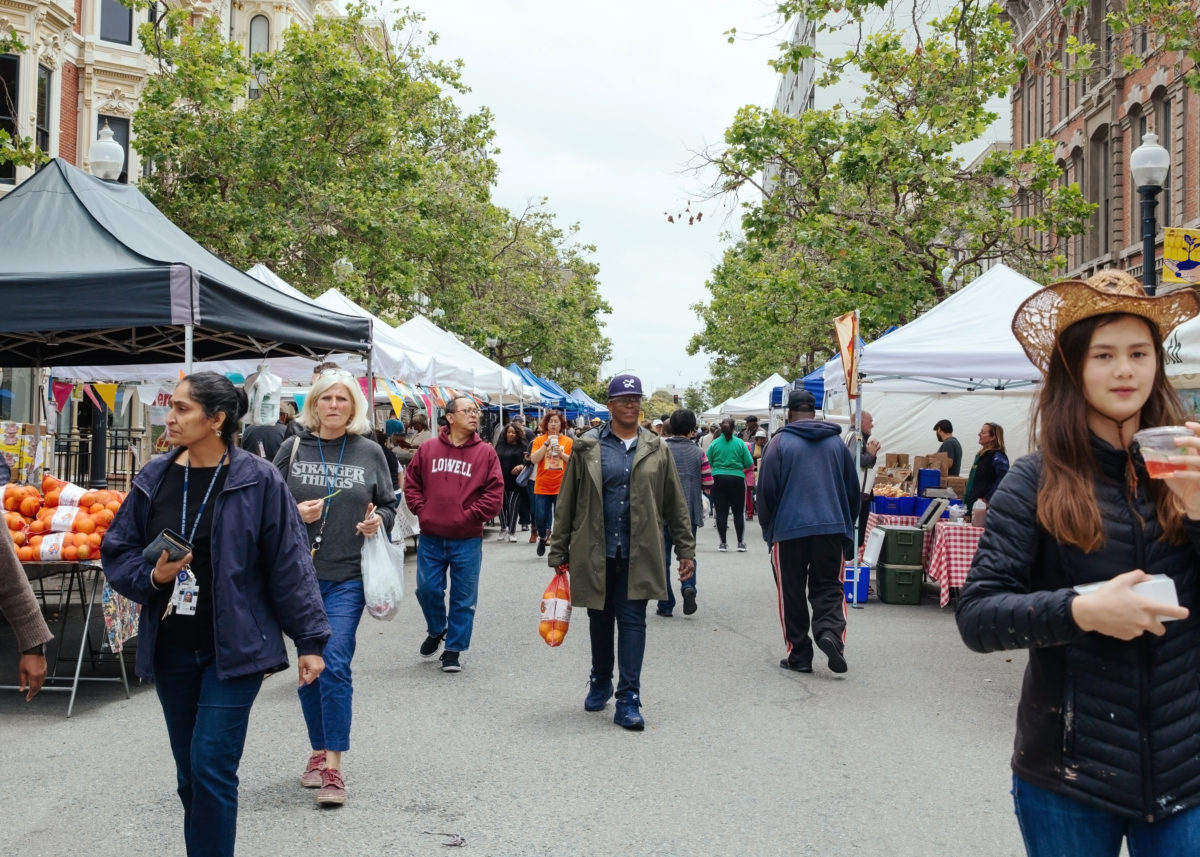 Urban Village Farmers Market pops up weekly in Old Oakland, just outside Miss Ollie’s on the corner of Washington and 9th Street. “What I really love about this farmers market is that it’s majority POC (people of color). People are primarily Hmong or Vietnamese,” Sarah Kirnon says. “Some of these people can’t be certified as organic because they can’t afford it. But if you go over to Berkeley, the produce is like three times the price.” Most of the purveyors here are smaller family farms, and Kirnon has a running tab.

For Black art in this area, Kirnon recommends the Alena Museum: a non-profit space with an emphasis on Afro-futurism, dedicated to “creating a vibrant work and social hub for the African Diaspora to gather and celebrate,” according to their website. In May (Oakland’s Art Month), the museum debuted Nassi {Rebirth}: An Afrofuturistic Vision Quest, a free and public exhibition intended to present “a space that embodies the past and present to envision how we imagine the future.” 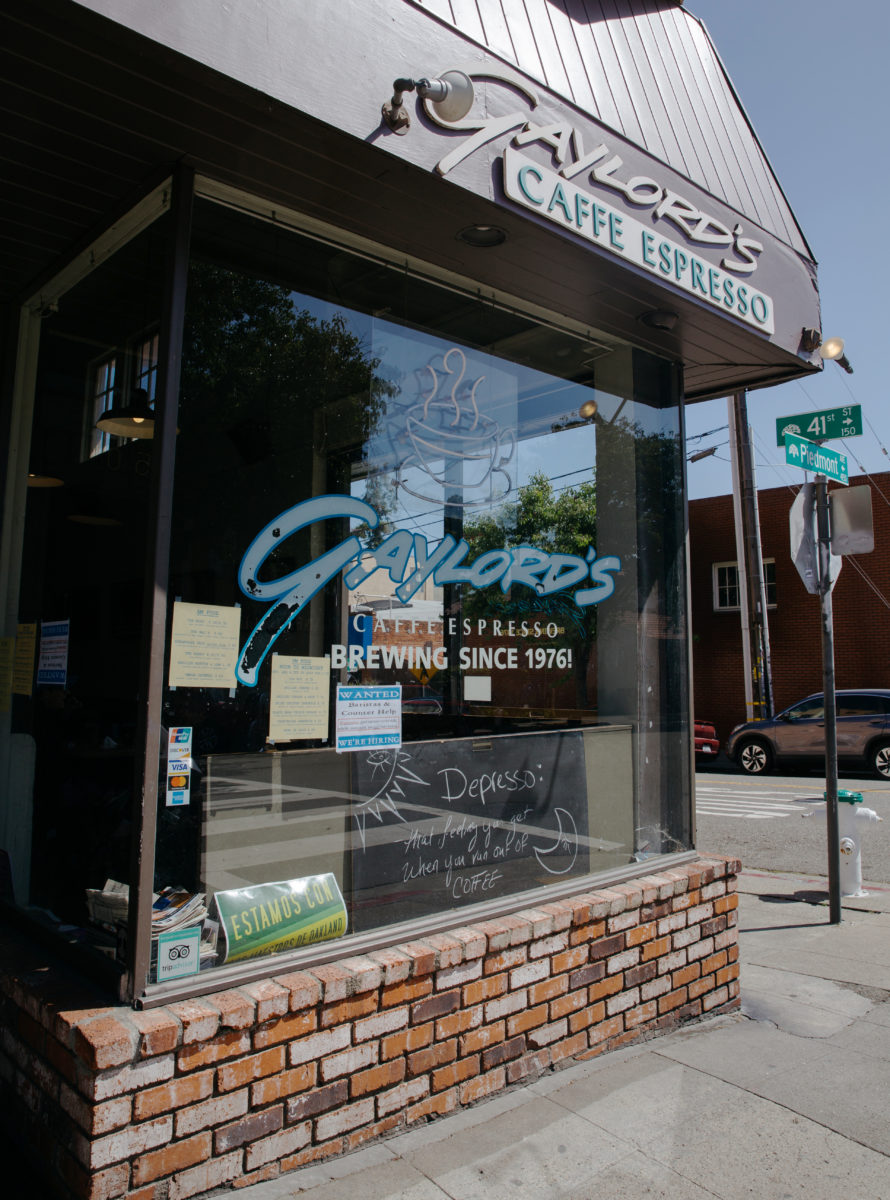 Commis opened in 2009 as a pioneer of fine dining in the East Bay and remains the only Michelin-starred restaurant in the area. The eight-course prix fixe doesn’t come cheap ($175 per person! Yowza) but chef and owner James Syhabout is dedicated to preserving the “blue collar roots” of his hometown by welcoming people of all backgrounds—including those who may never have heard of the Michelin Guide before.

Just up the street from Commis is Syhabout’s favorite neighborhood coffee shop, Gaylord’s Caffe Espresso. It’s a great stop for an iced coffee and an avocado toast as you explore Piedmont Ave. 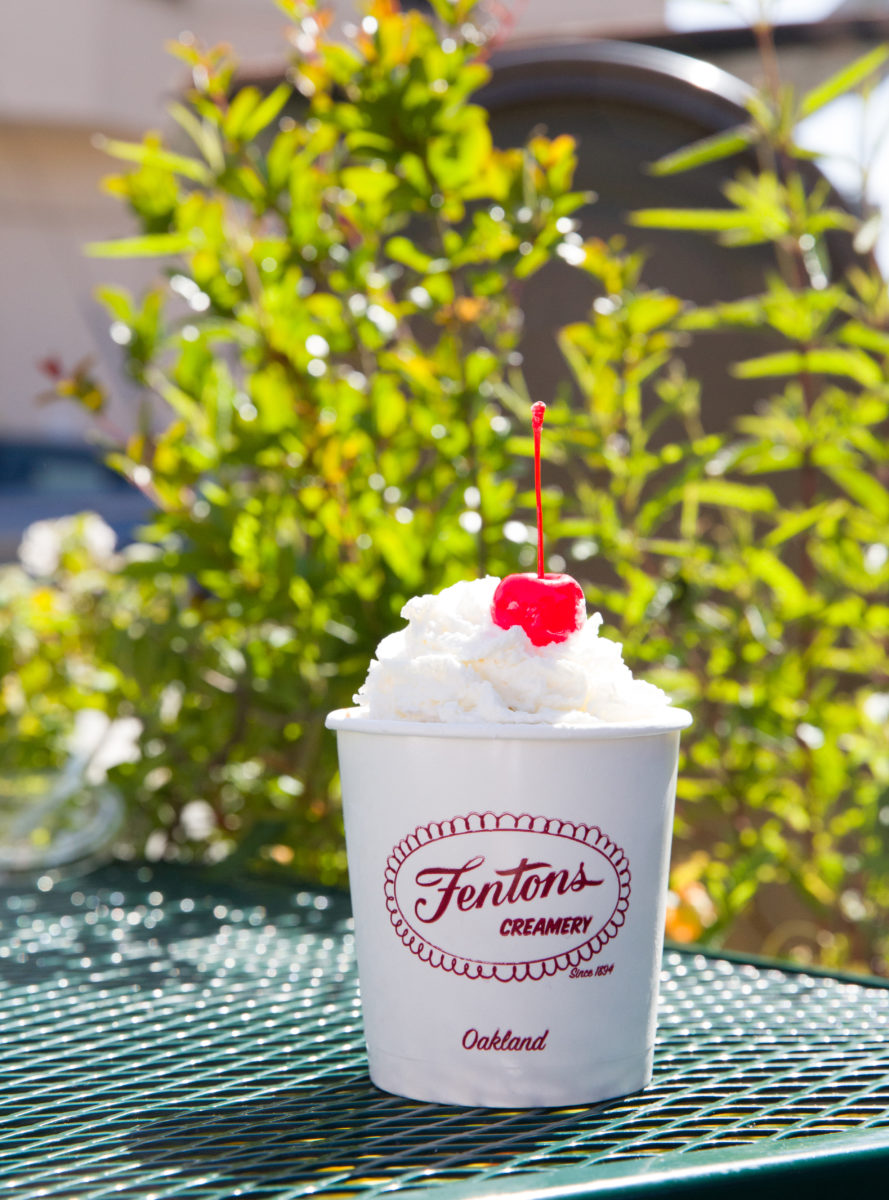 For hole-in-the-wall sushi, Syhabout heads to Geta. It’s tiny and closes between 2:00 and 5:00 p.m. (and on Sundays)—but if you can get a seat, dig into one (or three) of their fresh rolls. Or just opt for takeout.

Don’t be intimidated by the lines that snake out the door of Fentons Creamery—they move quickly. Nothing quite like a classic hot fudge sundae from an old-school ice cream parlor (a favorite of Syhabout’s kids) to set you straight.

You’d be forgiven if the first thing on your Oakland itinerary wasn’t hunting down the local hot springs. But trust us, after a full day of galavanting around the city in search of your new favorite foods, you’re going to need to unwind. Do as Syhabout does and soak in the hot tubs at Piedmont Springs for $20/hour. Also here? Saunas, steam rooms, and a menu full of facials. 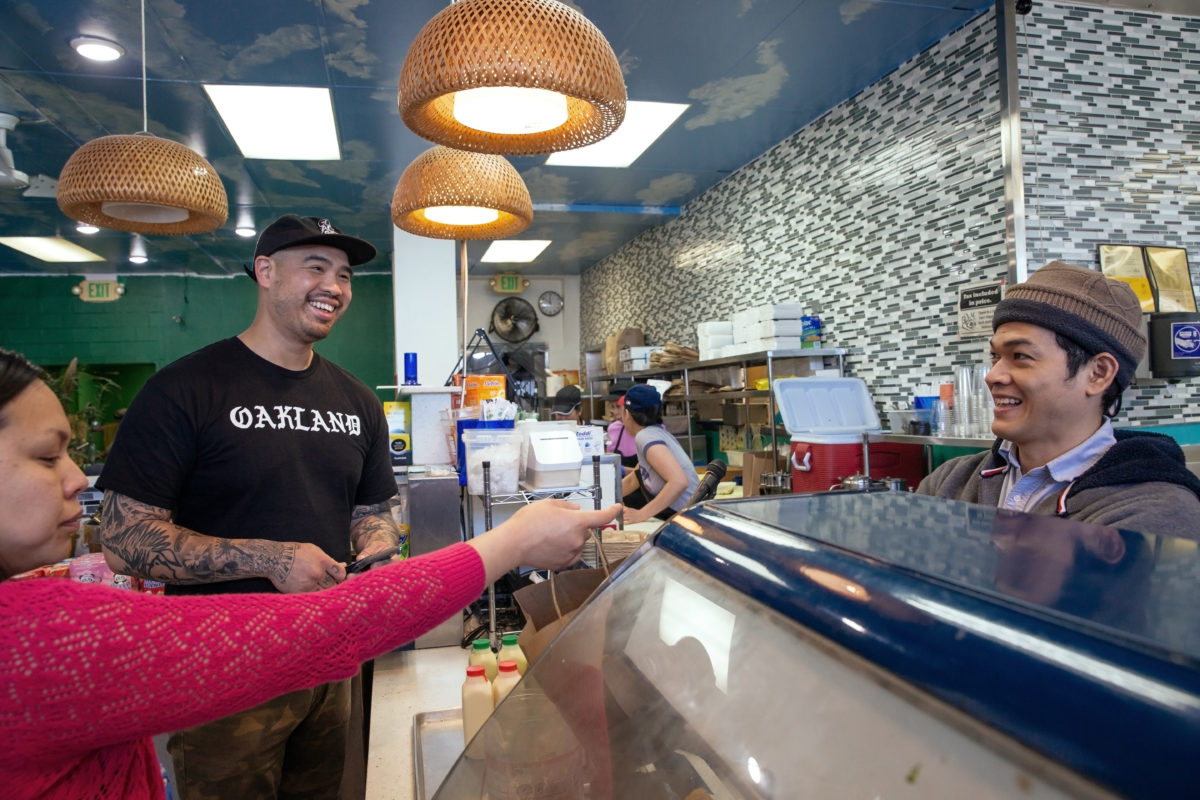 The chicken pho at woman-owned Huong Que Cafe is plenty delicious as is—but follow chef Tu David Phu’s lead and stir in a couple spoonfuls of the pale green ginger garlic paste and you’re done for. The flavor is so punchy, the texture so silky, and the aroma so enticing, you’ll come back for more and more.

Tu’s favorite banh mi shop looks more like a warehouse than a restaurant—from the outside, you’d never guess that they’re slinging some of Oakland’s best Vietnamese snacks. Stop in for the timeless classic, sandwiched between two slices of perfectly chewy baguette. 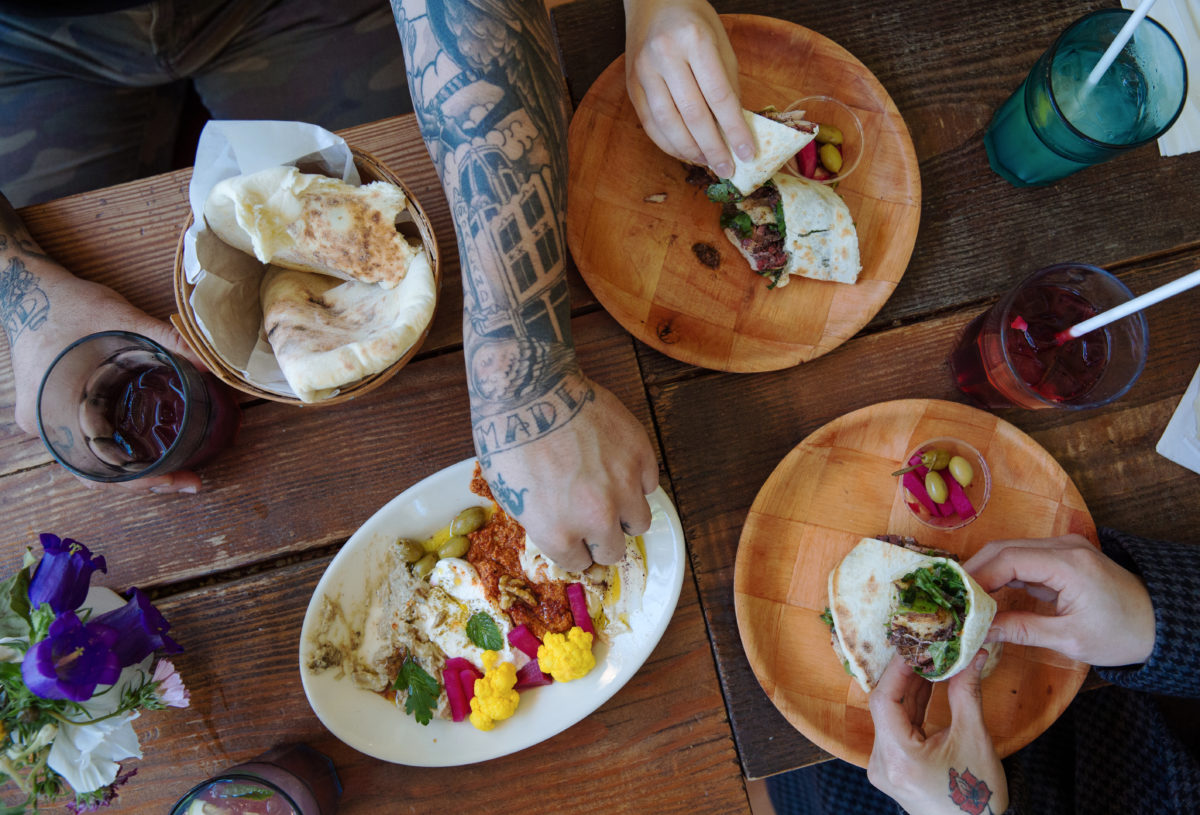 Everything at Reem’s Bakery, owned by Phu's friend Reem Assil, is delicious (and beautiful).

Phu and his girlfriend Jean frequent tiny Cambodian cafe Nyum Bai, owned by their good friend, Chef Nite Yun. Earlier this year, Yun was named one of Food & Wine’s Best New Chefs of 2019 and it’s not hard to see why: Everything—from the curry noodles to the glazed chicken wings and the green papaya salad with soft shell crab—is bright and full of flavor.