A performer at The Bluebird Cafe.
IndexRobert Crawford

Beginning at the western bank of the Cumberland River and running all the way until the Bridgestone Arena, Nashville’s Lower Broadway stretches across downtown for four long, music-filled blocks. Honky-tonks line the streets, every last one of them stocked with a rotating lineup of bar bands and country-star hopefuls. Music kicks off around 10 a.m. and runs until 3 a.m., with nighttime crowds swelling to Mardi Gras levels every weekend. At first glance, the district looks like Nashville’s own version of musical nirvana and is one of the city’s most-visited destinations.

For those in search of original music, however, Lower Broadway leaves much to be desired. After all, this is “Cover Town,” a place where bands are expected to arrive to each gig with a setlist of country standards and pop/rock favorites. It’s no place for songwriting enthusiasts to get their fill of new music.

What’s a music fan to do? Fortunately, some of Nashville’s best listening rooms can be found just miles from Broadway’s neon lights, offering a different side of Music City for those willing to take a chance. 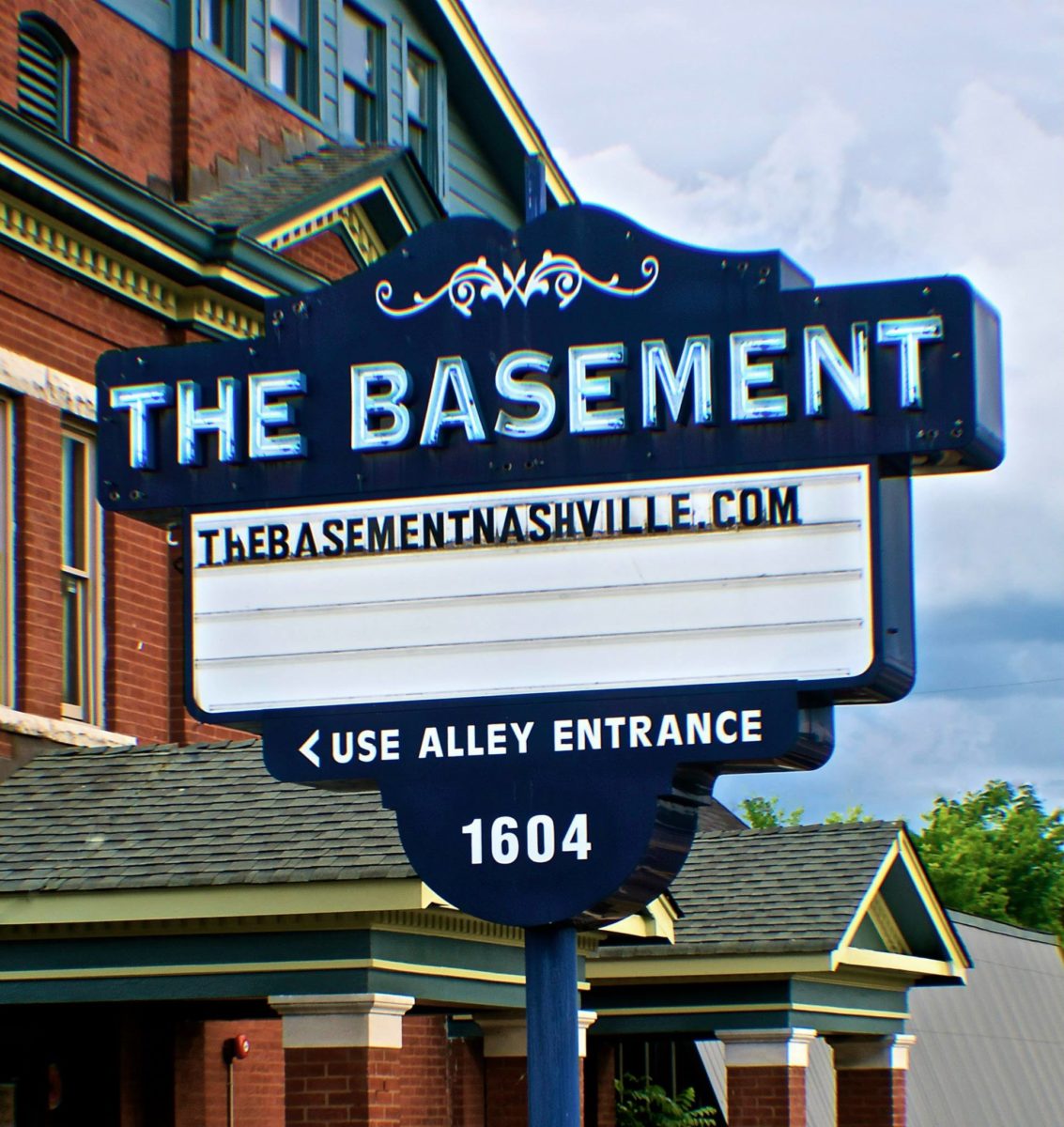 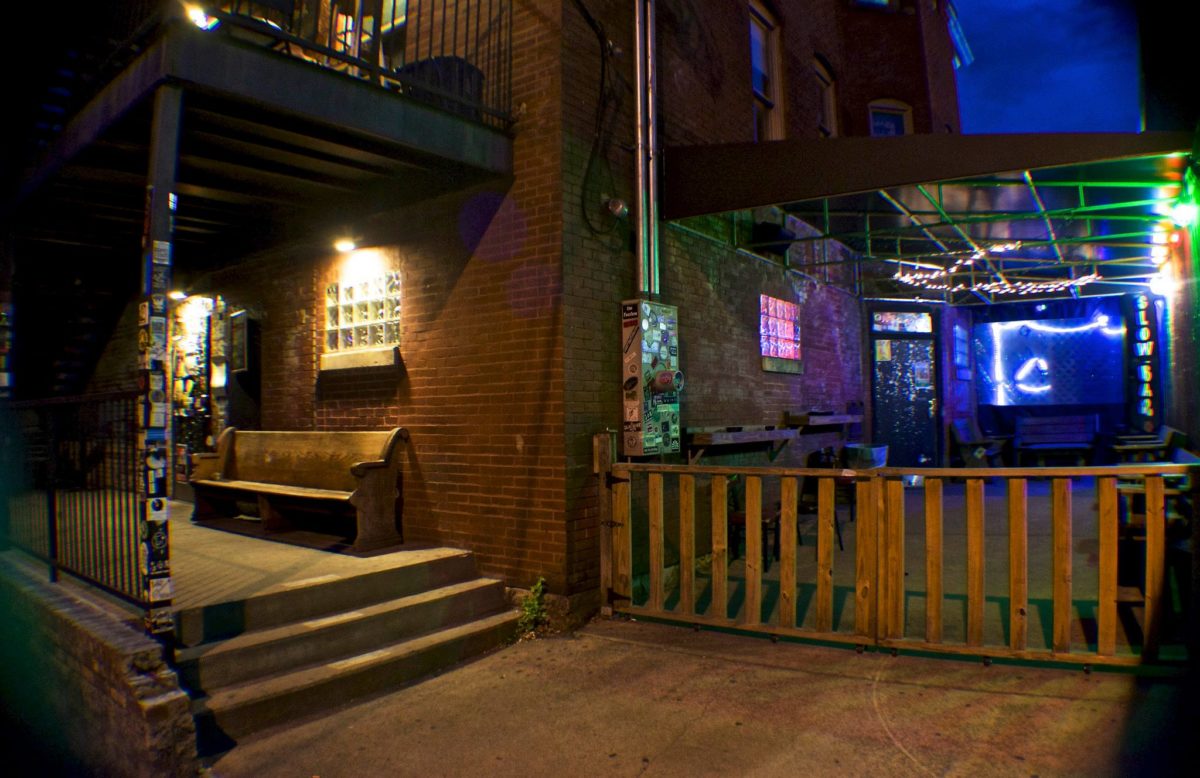 Outdoor area at The Basement. Photo by Jen M. Silver.

This is Nashville’s up-close-and-personal venue. Run by the owner of Nashville’s most popular record store, Grimey’s, this single-story venue is tucked into the ground floor of a narrow building. The room is cozy and compact with a stage that rises only a handful of inches off the ground. The result is an intimate venue that caters to locals and touring bands alike. It’s also the location of an infamous Metallica show in June 2008, when the rock band was traveling through Tennessee for a performance at Bonnaroo. On most nights, though, The Basement is one of the smallest, snuggest places to catch up-and-comers. If you’re on the other side of the Cumberland River, head to The Basement East, the largest music venue in East Nashville.

Lady Gaga packed The 5 Spot for a private performance back in 2016, but this dive’s modestly-sized stage is usually occupied by local luminaries and mid-level touring acts. The vibe is unparalleled: cheap local beers, old show posters covering the walls, and a handful of local musicians behind the bar. The weekly “$2 Tuesday” concert series, hosted for years by songwriter Derek Hoke, can’t be beat. As far as East Nashville’s music community is concerned, this is ground zero. 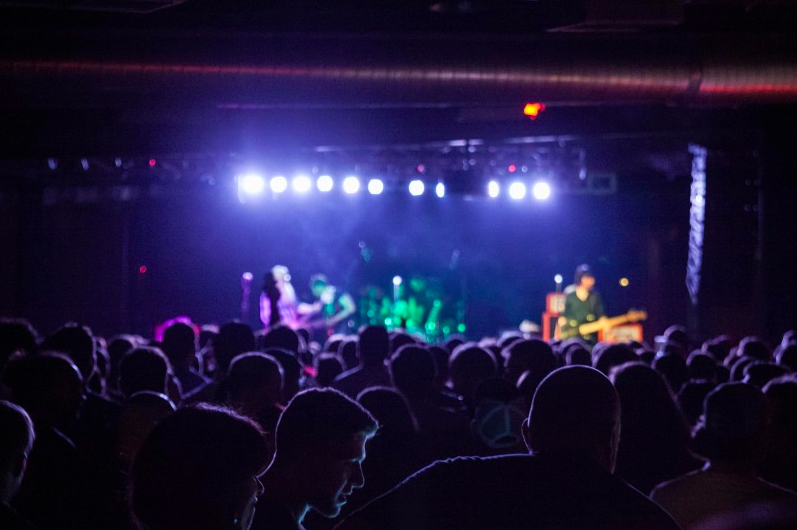 With three venues—Mercy Lounge, Cannery Ballroom, and High Watt—stacked inside the same 19th-century warehouse, The Cannery Complex hosts as many as 2,000 music fans every night. The Ballroom, with its long wooden bar and tall stage, can hold the biggest crowd, while the 500-capacity Mercy Lounge is the oldest of the bunch, having hosted bands since 2003. Tired of country songs? These three venues host musicians of all stripes.

With tall ceilings and unbroken views of the stage from virtually every seat, City Winery is a high-scale venue serving gourmet food and wine. It’s great for a date night or special occasion. The entrée prices are steep, but the crystal-clear sound—and the food itself—is worth the price of admission (it varies depending on the night). Take it from the pros: Steve Earle plays here multiple times a year, and John Prine headlined a sold-out performance  here during AmericanaFest 2018. If the show you’re heading to is sold-out, arrive early and look for street parking. Otherwise, the parking valet is mandatory, which can lead to long lines and exasperated patrons at the end of every show. 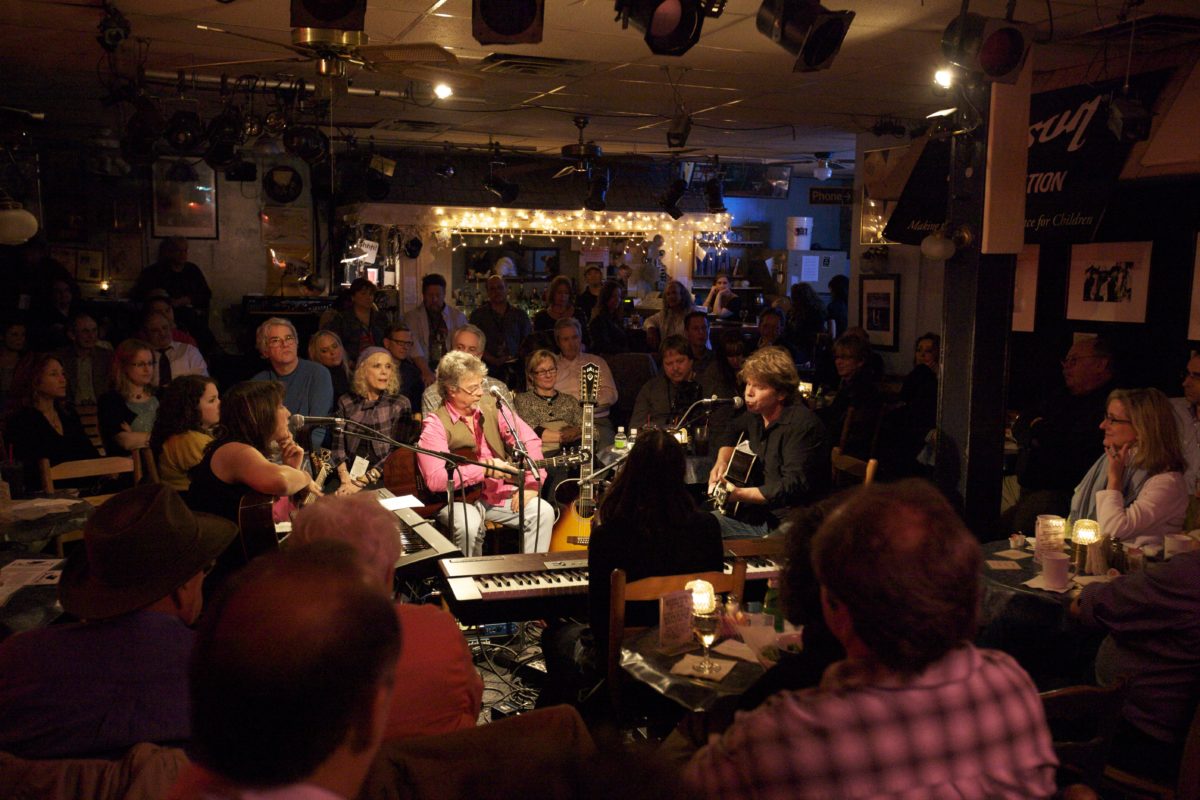 A "writer's round" at The Bluebird Cafe. 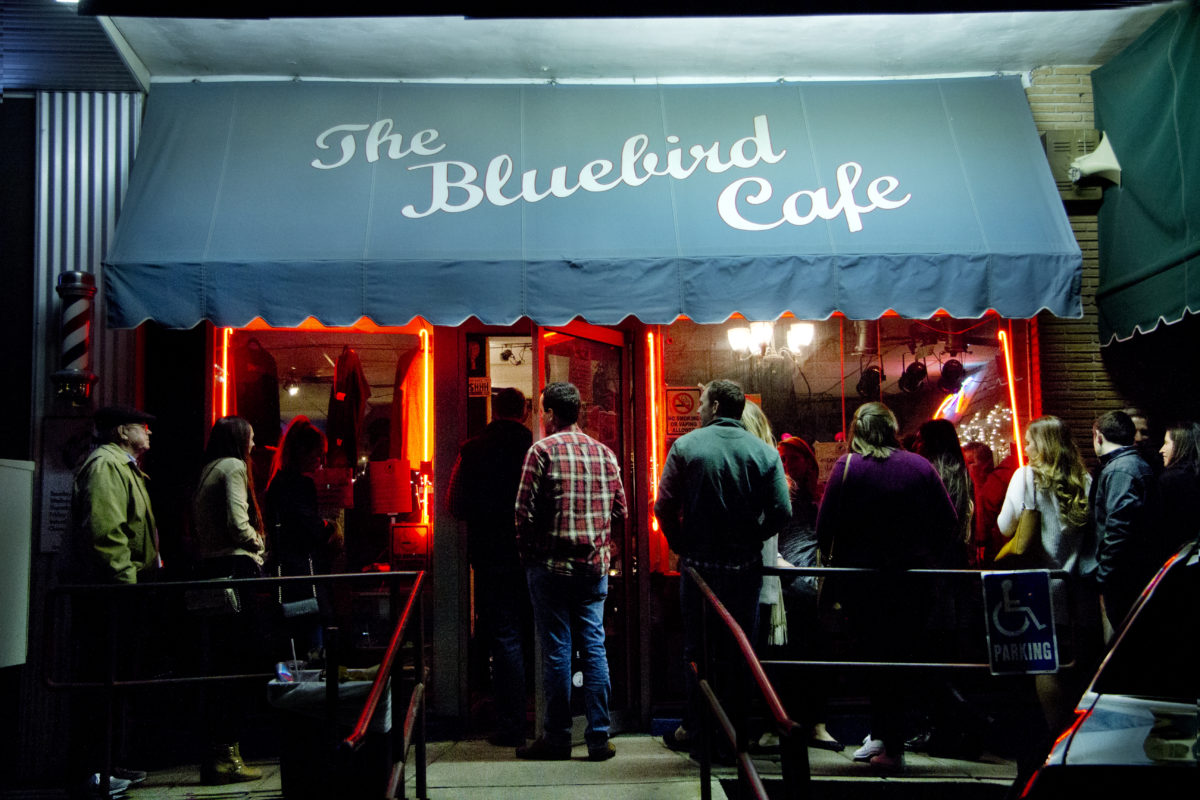 As one of the longest-running venues in a city filled with new development, The Bluebird is one of Nashville’s must-sees. Icons like Taylor Swift and Garth Brooks famously played some of their earliest gigs at The Bluebird, which only holds 90 people. Songwriters routinely perform in the middle of the venue’s only room, surrounded by the seated audience. This “writer’s round” arrangement has since made its way to many of Nashville’s listening rooms, but it originated here.

This is considered Nashville’s old-school bluegrass venue. Located in The Gulch neighborhood, which has become one of Nashville’s most densely-built areas over the past decades, The Station Inn now sits in the shadow of its skyscraper neighbors. Even so, this 40 year-old venue stands tall with history. Alison Krauss, Ricky Skaggs, and other legends have played here, while the frills-free decorations that line the inside—wood paneling and exposed ductwork—make The Station Inn look like posh downtown Nashville’s only country store.