26-year-old Alex Lahey has a knack for writing catchy, upbeat pop-punk songs, and her sophomore album, The Best of Luck Club (out May 17, 2019) upholds that very same tradition. For recording, Lahey returned to her home of Melbourne, Australia, for inspiration. “It’s a real melting pot of a city,” she says. “There is nothing homogeneous about it. Built on migration, there are so many cultures that make up the character of the city that I can tap in and out of, making it a really exciting place to create and explore.”

A veteran of the Melbourne music scene, Lahey says the Australian city is unique, “because, despite being a relatively small scene, it doesn’t foster a sense of competitiveness or a need to get further ahead than the next person. Everyone wants everyone to do well in their own way.”

“I feel forever indebted to The Ev—this was the venue that gave me my first ever experience of playing live music when I was in a band that used to play relentlessly through Melbourne. The Ev is the place to see local bands before anyone else knows about them. It’s a very special place.”

“For many Melbourne bands, The Corner is the apex of where they want their band to go. The Corner gets not only the best of the best of local bands and Australian touring acts, but it is a mainstay venue on the international circuit before bands get seriously massive. Rumour has it that Jack White wrote the riff to Seven Nation Army during soundcheck at The Corner before a White Stripes show. I don’t know how true that is, but I’m more than happy to go with it.” 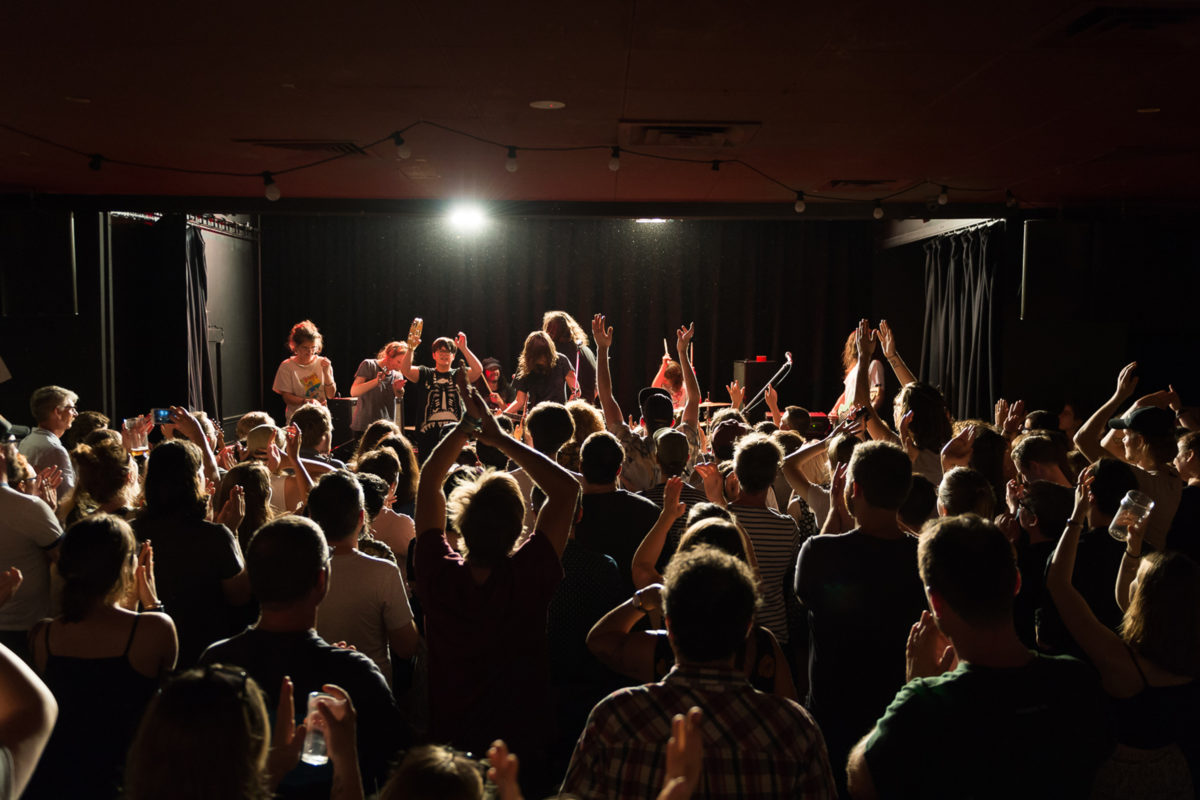 The Corner Hotel in Melbourne, Australia.

“Whenever I go overseas, I love finding the local dive bars in whichever town I’m in. Dive bars aren’t really a massive part of Australian culture, but I reckon Old Bar is about as close as it gets. Stools at the bar, friendly bartenders, sticky carpets, and a straight up drinks selection along with f*ck-off rock bands on a low stage. Seems pretty legit to me.”

“No one can stop The Tote. Seriously. There was a time where it looked like The Tote was going to be shut down, but protests from the Melbourne music community were so massive, there was no choice but to leave it untouched. It has since become the unofficial church of Melbourne music. Three band rooms in one building, amazing staff, iconic regulars—you really can have it all here.”

“I love The Retreat because it books outside of the typical indie rock sphere of Melbourne. Here you’ll find some of the best local country, blues, and bluegrass acts Melbourne has to offer. Also, it has perhaps the best beer garden in town, which means you’ll want to start early and finish late.”