In Lexington, Kentucky, a Restaurant Scene Beyond Bourbon and Hot Browns

Like everyone else, we’re taking a pause from travel to do our part in protecting global health. In the meantime, we’re bringing you stories that bring you closer to the world at large. Here, we explore the unexpected food scene of Lexington, Kentucky.

On my way into the city from the Blue Grass Airport, I settled into the backseat of a Lyft, poised to take in the distinctly Lexingtonian scenery of sweeping green horse farms. I came here to interview female entrepreneurs ahead of the construction of the city’s first monument to honor women’s history, but I was equally excited to try a “hot brown”—the cheese-smothered Kentucky sandwich delicacy—and maybe some rare Pappy Van Winkle bourbon. (My Lyft driver, who also happened to be a bourbon distributor, said it’s his favorite.) I’m always in the mood for some classic Southern comfort food, and I was sure the Lexington restaurant scene wouldn’t disappoint.

Spoiler alert: It didn’t, but it wasn’t exactly as I expected either. 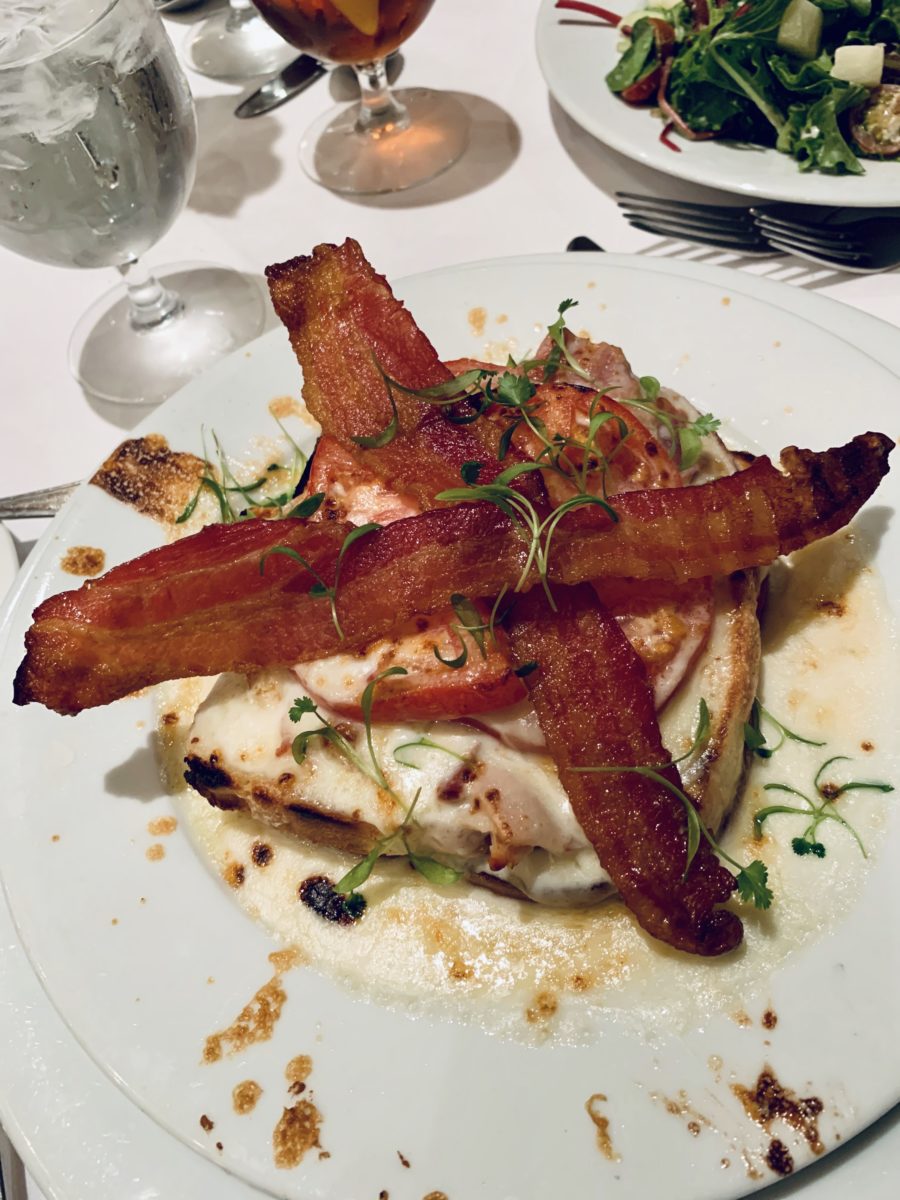 Look, we're not against hot browns, especially when they're as decadent as the version at Dudley's on Short.

I quickly learned that the buzziest restaurant in Lexington isn’t a restaurant at all. It’s the kitchen and creations of a woman by the name of Samantha Fore, who started cooking Sri Lankan-inspired, Kentucky-style fusion at home without any formal training.

“It’s amazing to see how many ingredients are consistent across borders,” says Fore. “If you think of something like okra—okra came through the African diaspora, but it also moved through the spice trade in Asia.”

Fore, whose parents immigrated to the States from Sri Lanka in the ’70s, started out by making braised ribs with Sri Lankan spices. She soon moved on to other inventions like fried chicken with curry mixed into the buttermilk batter (yum). 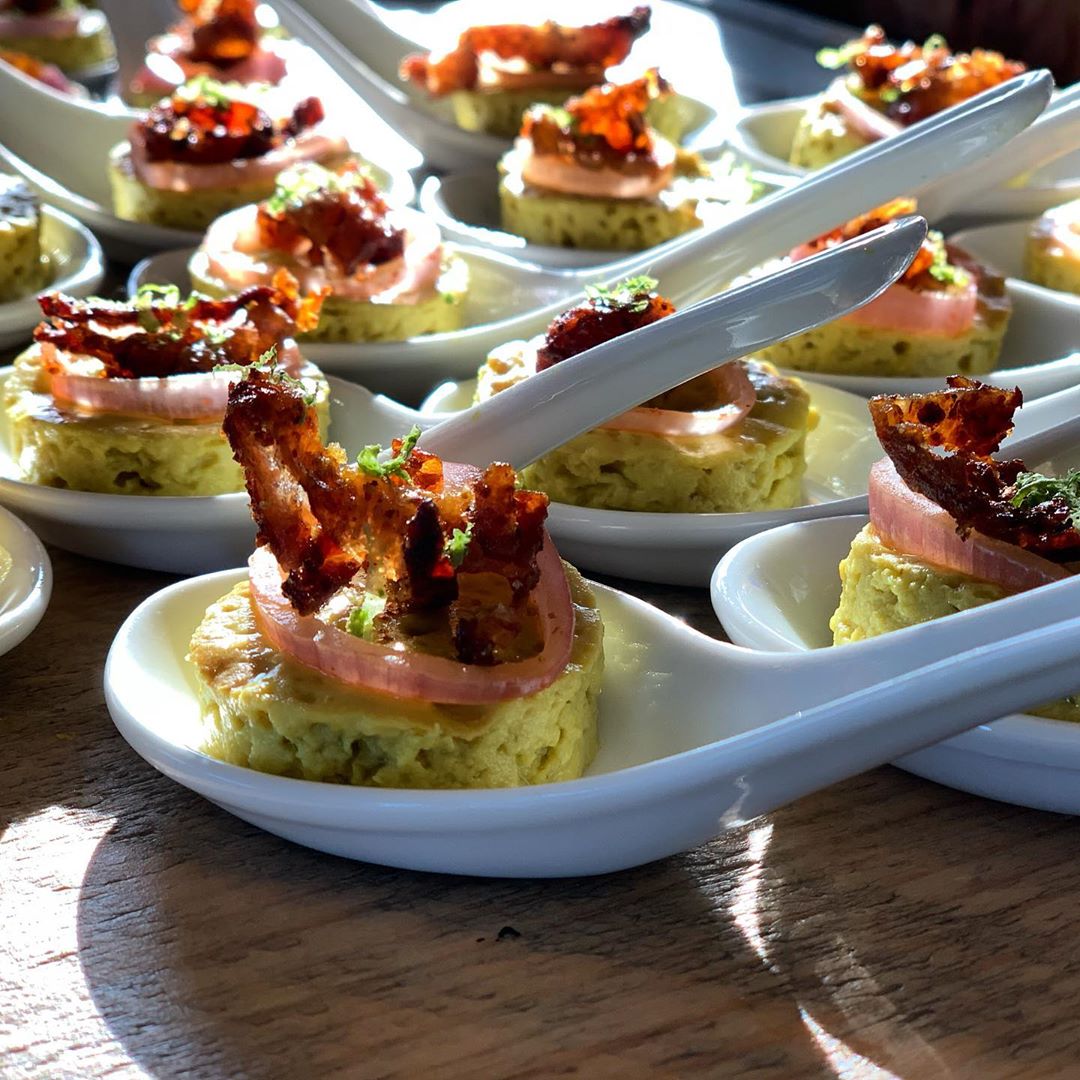 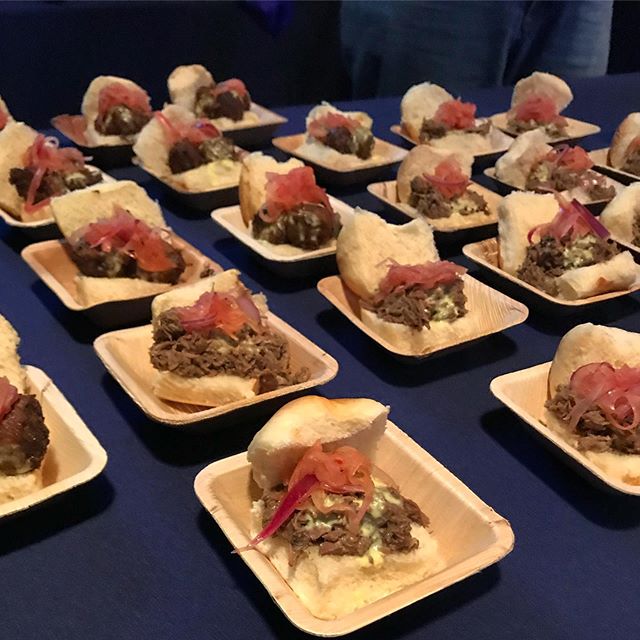 Tamarind pork sandwiches are a twist on the BBQ classic at Fore's Best Friend Bar popup in Lexington. Photo via tuktuklex.

The home cooking turned into a pop-up. The pop-up turned into a world tour (from dinners at Nate Lemley’s Foreign & Domestic in Austin, Texas, to the Gastronomika festival in San Sebastián, Spain) and a glowing profile in Bon Appétit. Even one Padma Lakshmi had caught wind of Fore’s cooking and personally requested it while in Lexington for a Top Chef event (“Padma is hungry,” her people reportedly said).

“I don’t think this concept would have taken off anywhere else,” says Fore, who spent 11 years in Boston before moving back to her native Lexington seven years ago. I wonder if there might be too much noise in more culinarily diverse places like New York or L.A., but Fore shakes her head: “It’s not just that—it’s the people who set Lexington apart. It’s the only place I’ve been where people didn’t ask me what I could do for them, but what they could do for me.”

In particular, one person who has bolstered such a strong sense of community is Chef Ouita Michel, whose influence looms large over Lexington. With eight different restaurant concepts executed in a relatively small market, Michel is a culinary leader in the area. She got her start with her flagship, Holly Hill Inn, a Kentucky fine-dining restaurant in the heart of horse country.

“The farms here are incredible, and the relationships here—if you look at someone like Ouita, she contracts an entire local farm,” says Fore. “And at a time when the farming industry is in significant trouble, especially when it’s the lifeblood of places like this, it’s important to set that example.” 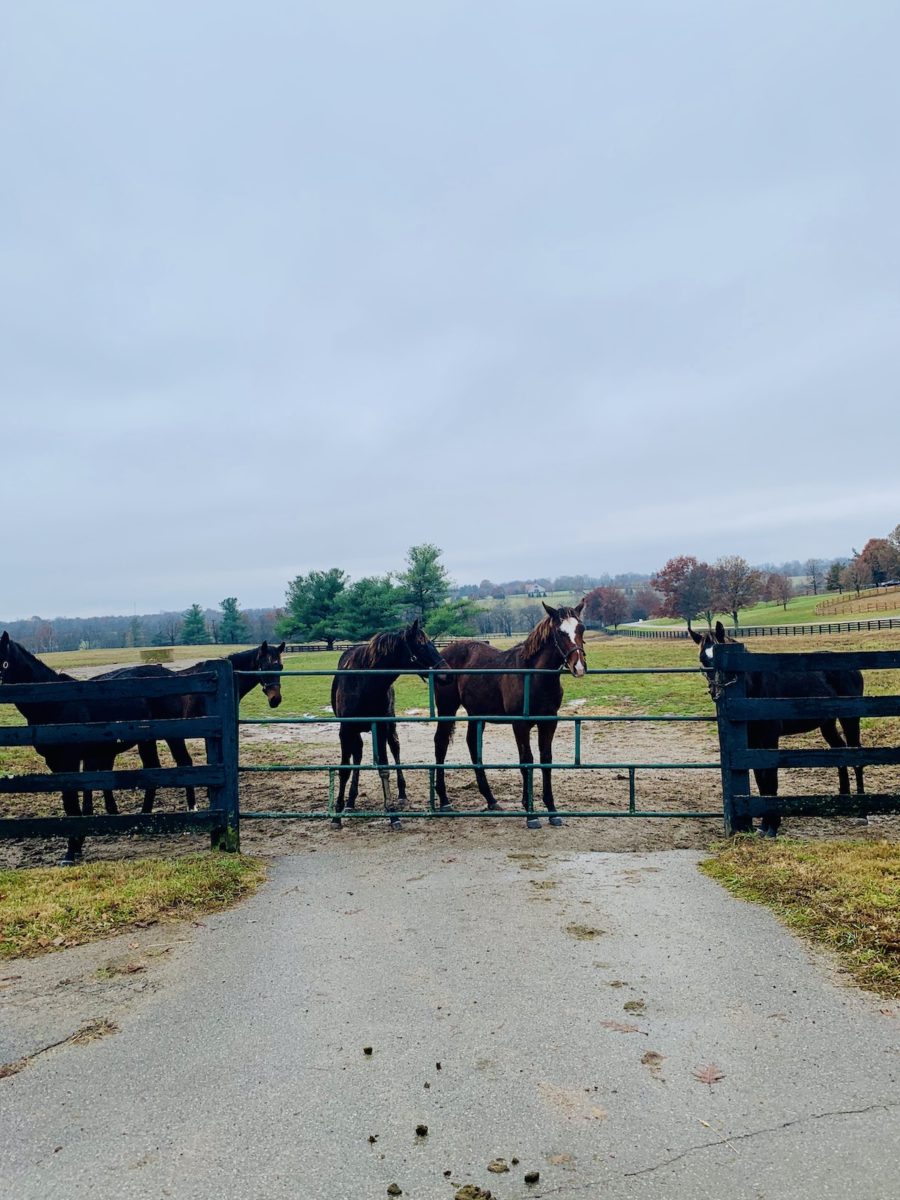 Millford Horse Farm in Lexington, Kentucky—come for the horses, stay for the food. 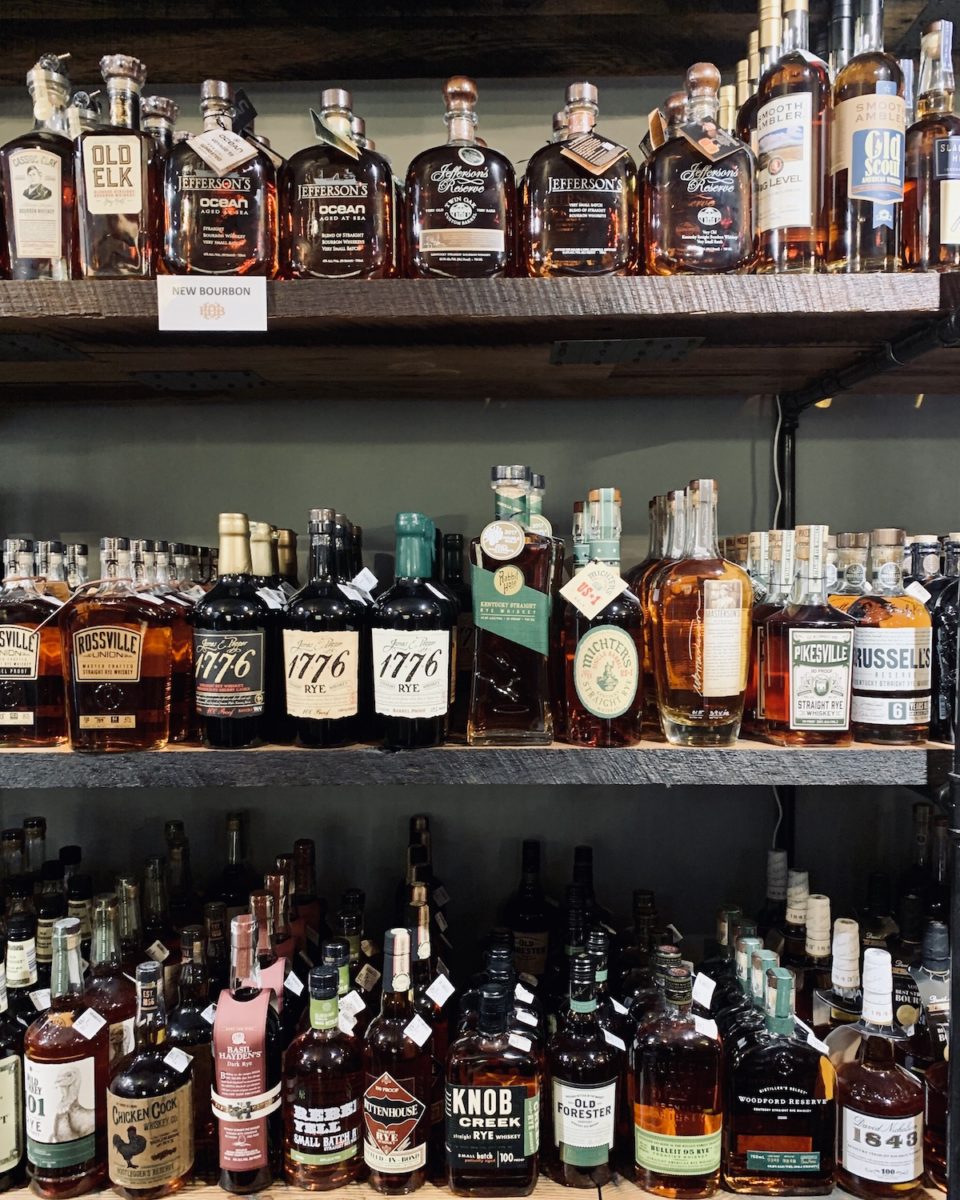 You'd be remiss not to do at least one bourbon tasting. Justin's House of Bourbon in downtown Lexington offers a sample of the city's best.

But the bounty doesn’t reach every part of the Lexington community, something Smithtown Seafood, a seafood counter and another Michel concept, takes part in rectifying.

Located in northern Lexington, a historically black neighborhood and veritable food desert, Smithtown Seafood sources their produce and fresh fish from an urban aquaponics farm called FoodChain, located in the back of the same building complex (along with a brewery and other local businesses that have retrofitted an old Rainbo Bread factory).

FoodChain raises trout, freshwater shrimp, lettuces, microgreens, and herbs in a low-ceiling, 3,500-square-foot warehouse unit that supplies both Smithtown locations. They plan to open a grocery store on the property in the near future. In the meantime, they offer tours of the farm, cooking classes, and kitchen skills courses. 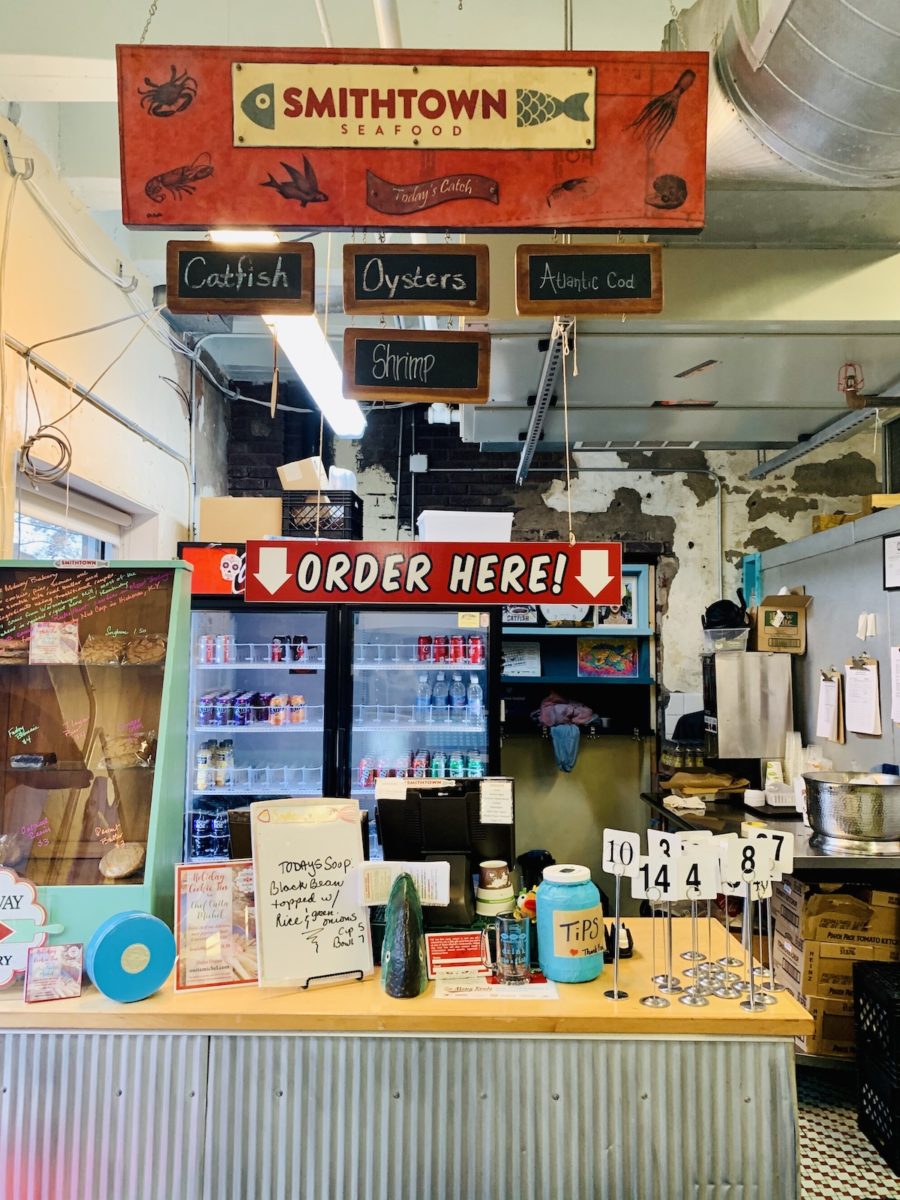 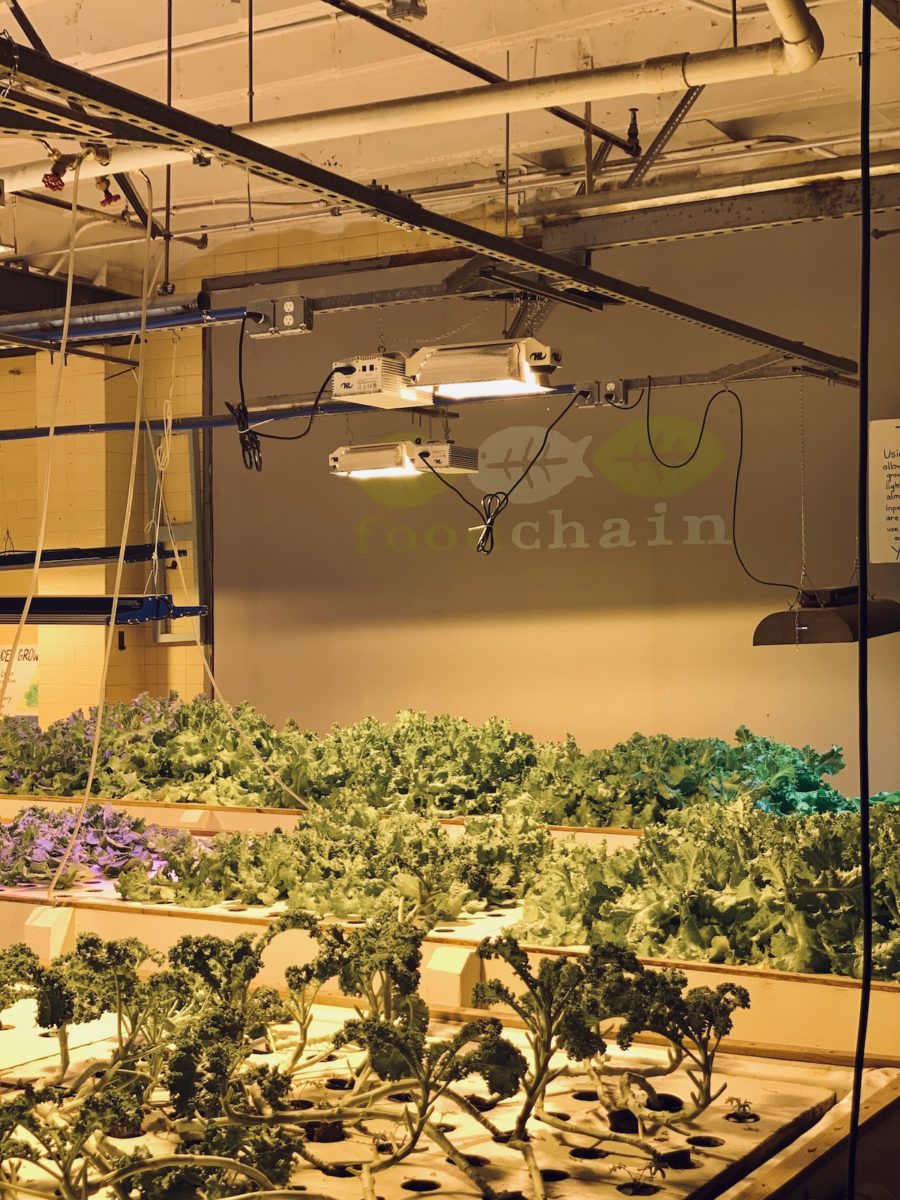 The aquaponics farm behind Smithtown Seafood.

“Lexington is an enormous sleeper underdog,” says Lexington native Becca Self, the founder and executive director of FoodChain. “It’s the kind of place where you really can move the needle if you have the passion to make an impact.”

FoodChain has grown over 5,000 pounds of greens in their aquaponics farm and educated almost 10,000 visitors at the facility since 2013, all with the mission of making fresh food more accessible to their community.

There’s also Melissa Jackson at Doodles, an employee-owned joint that serves locally sourced “comfort food with a conscience” in a bustling refurbished gas station; DV8 Kitchen, owned by Rob Perez, who only employs addicts in recovery and makes the best biscuit in Lexington; and Third Street Stuff, a colorfully funky coffeehouse and craft goods shop with menus celebrating the Black Lives Matter movement and Native American leaders throughout history. 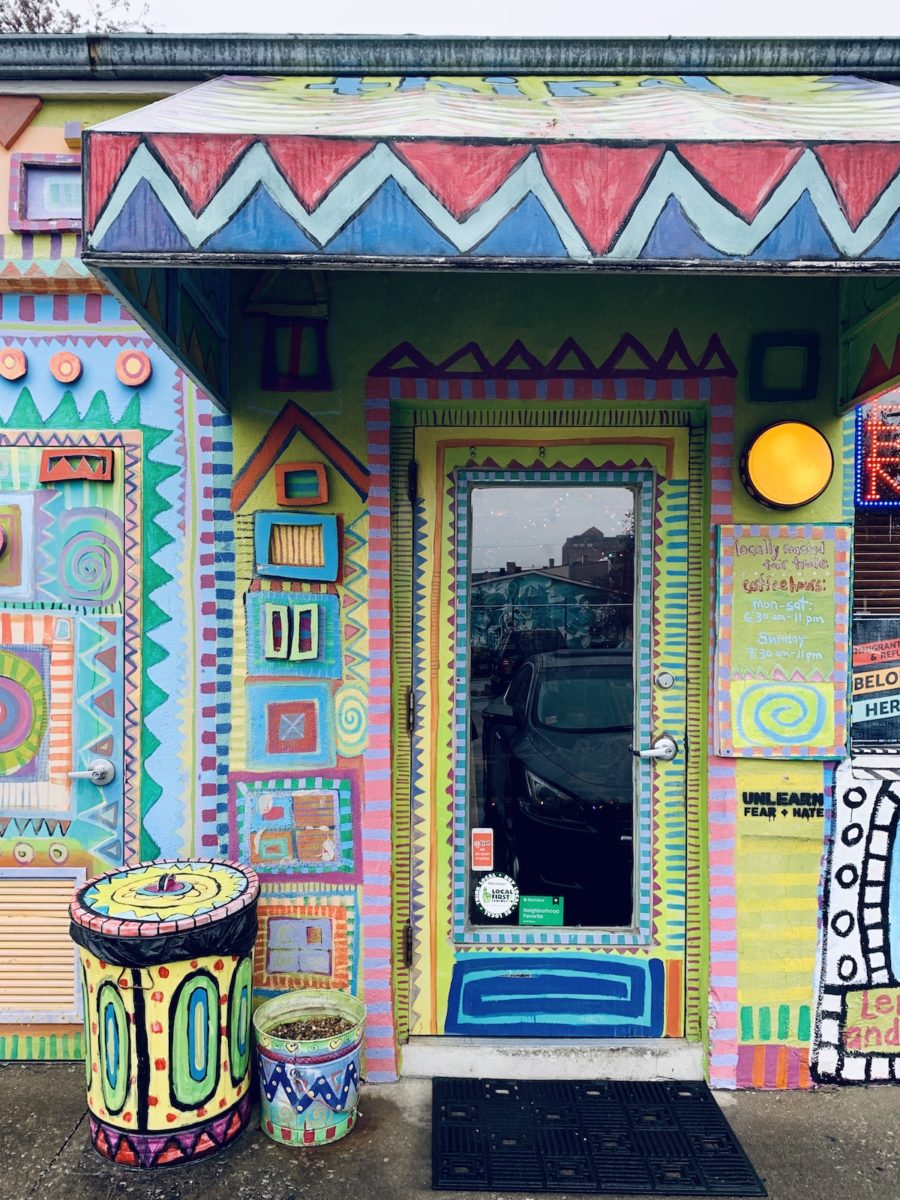 Third Street Stuff is a coffeehouse and community hangout that is colorful inside and out. 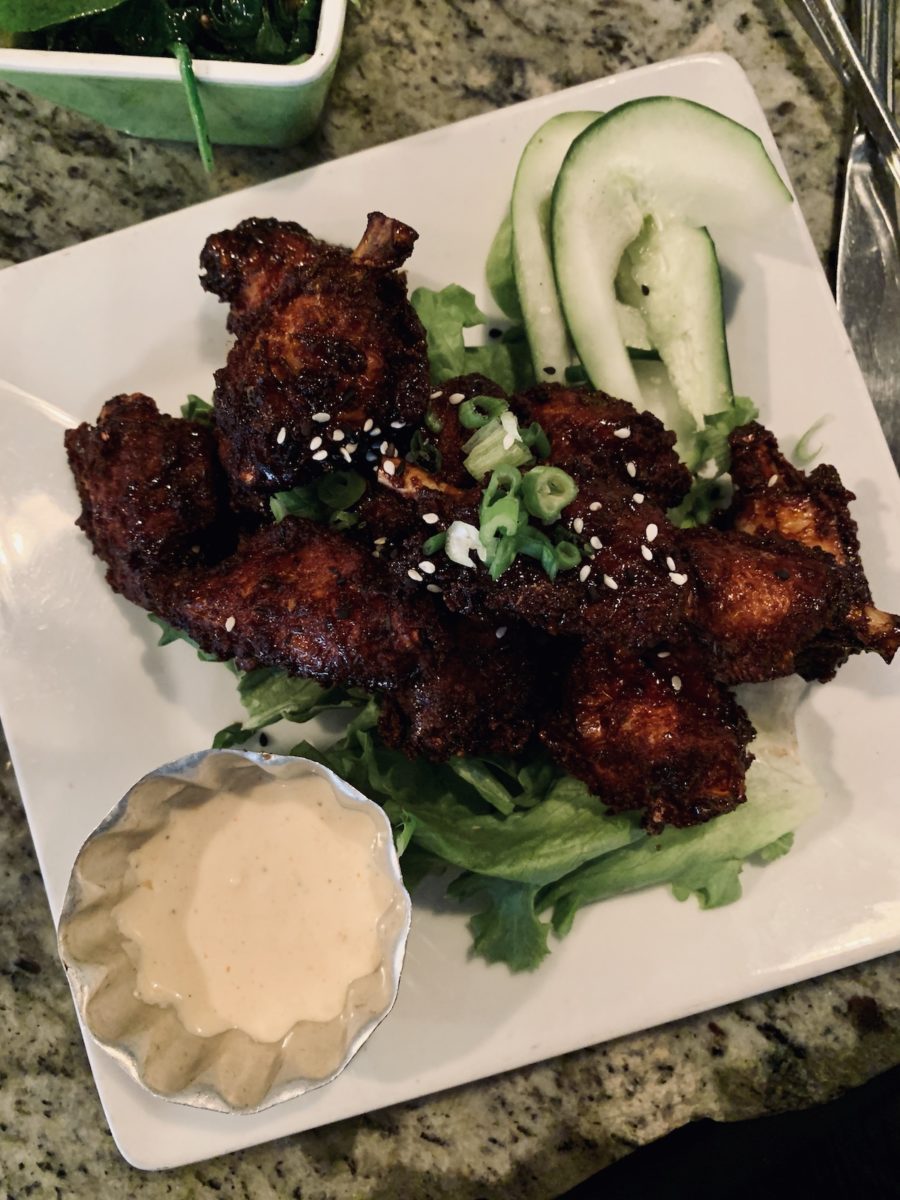 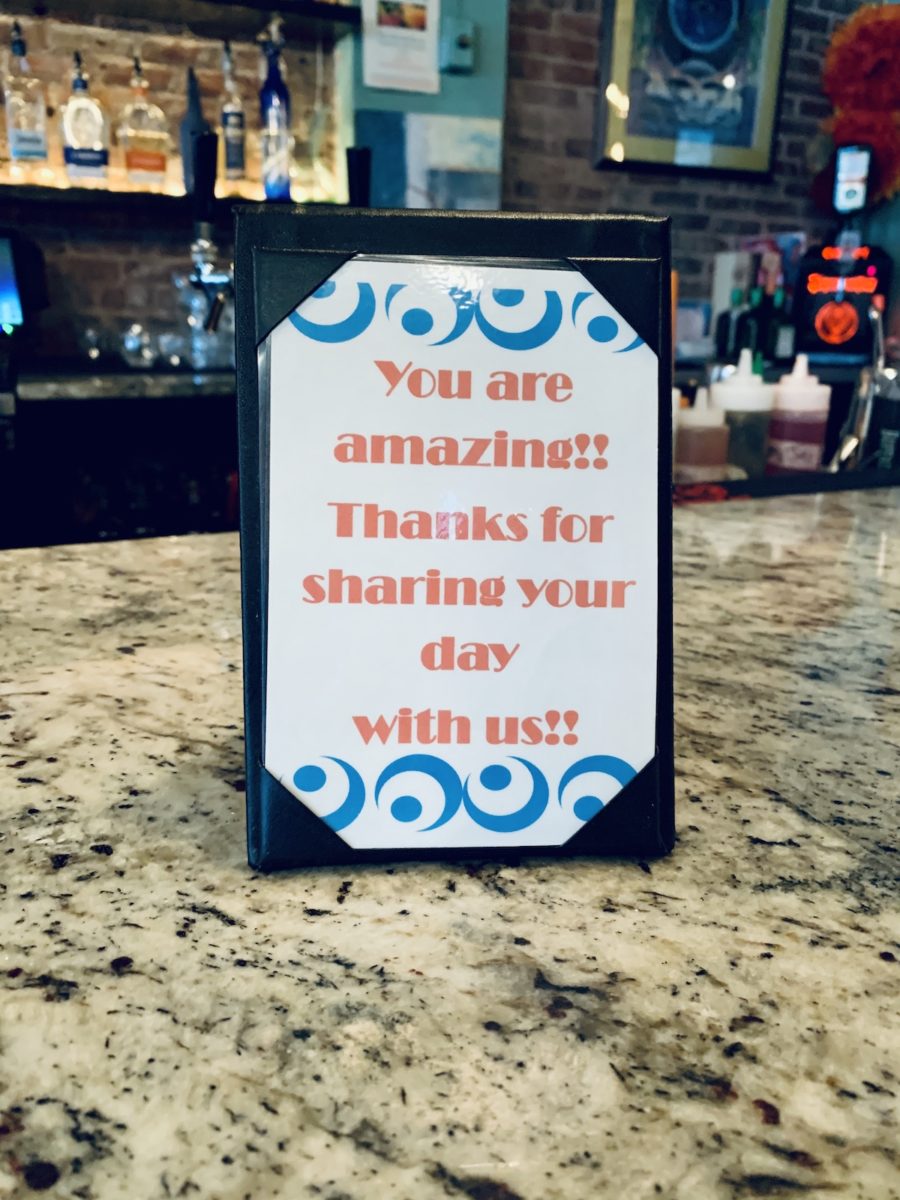 There’s also Minglewood (the easygoing, eclectic spot downtown that introduced the city to its first CBD cocktail and the juiciest Asian-inspired French-style chicken wings), and Bar Ona, which has successfully liberated Lexington from the predilection of a single-spirit town with inventive sherry cocktails and something called the Blizzard of ’93—a gin, fig, balsamic, and soda concoction that somehow manages to be both refreshing and cozy, not unlike Lexington itself.

So while you may come to the Horse Capital of the World for bourbon and classic Southern comforts—which you can and should enjoy at a local staple like Dudley’s on Short—what you’ll find is a progressive community of entrepreneurs who will make you rethink what it means to visit a place as steeped in tradition as Lexington.

“Food is the best way that we can eliminate borders,” says Samantha Fore, and while greater diversity in Lexington’s food scene is finding unprecedented success, still, “we all have very, very common roots when we cook.”