Leon Bridges has just placed his order at the bar of the Ludlow Hotel: “Something brown,” he says, a glint in his eye. “It’s just a prop, but not a prop,” he banters, taking a taste and turning to pose for the camera. It takes a few more sips for the singer to open up, his quiet drawl giving way to song and small dance moves at our table.

Perhaps it’s not surprising that the artist hasn’t polished his interview skills to a shine—he’s been more or less behind the scenes since releasing his debut album, Coming Home, in 2015. And while that’s all about to change—his second album, Good Thing, something he would call “new territory,” comes out May 4—here’s hoping his aw-shucks charm stays exactly the same.

With Coming Home, Bridges, 28, burst onto the scene as a 1960s-throwback R&B singer-songwriter, garnering several comparisons to Sam Cooke. “I wanted to honor black music from that era,” he says. “I wanted to prove to people that this is black music as well—because I’ve heard ignorant comments from people who say that it isn’t.” It only took one single—the album’s title track, “Coming Home”—to prove his point. “That was incredible to see because I was happy with the art, but I didn’t know how people outside my circle would receive it,” he says. “So it was amazing to see that song blow up and to see that I could do the music thing for a living.” 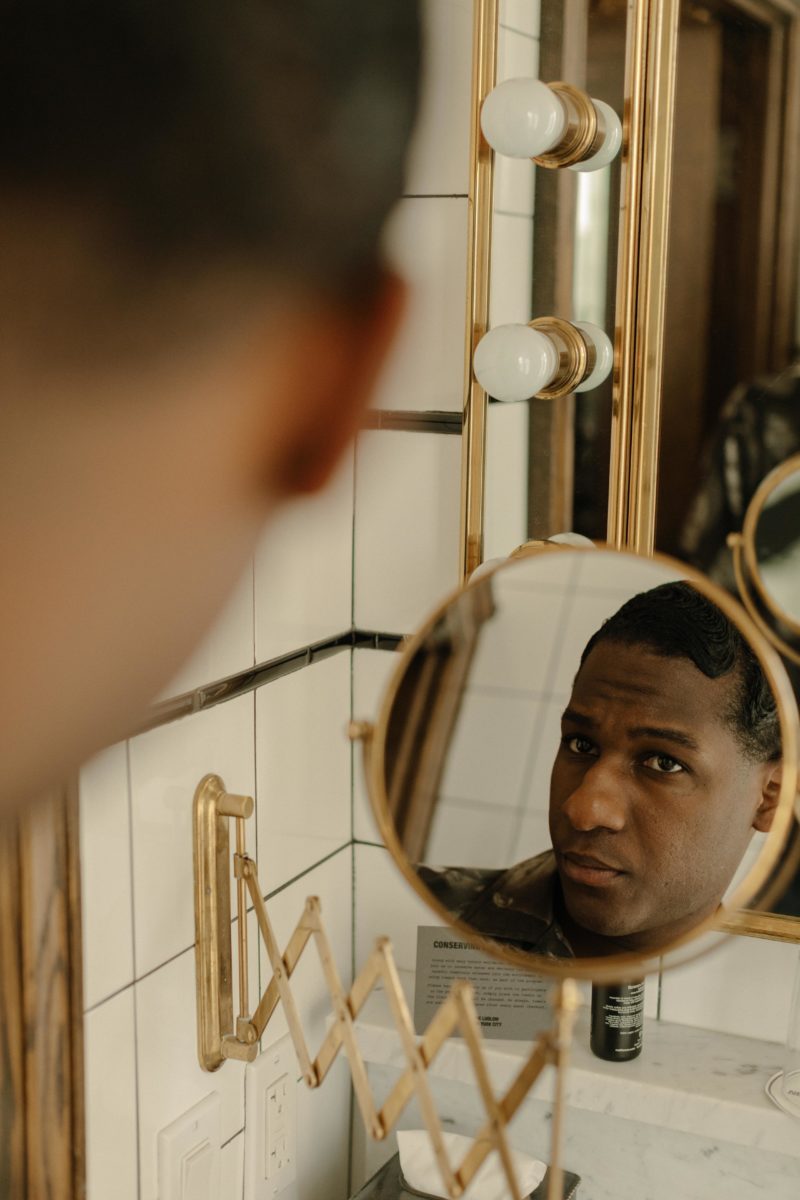 Immediately Bridges was plucked out of his hometown of Fort Worth, Texas, and thrust onto an international stage—quite literally. His second-ever red carpet was the Metropolitan Museum of Art Costume Institute benefit, a.k.a. the Met Gala, intimidating to even the most seasoned celebrities. “That felt like being dropped off at the first day of high school,” he says. “I was super nervous, being around all the celebrities. I wanted to interact with people, but I was kind of the new kid on the block—I still am—and so I was, like, trying to make friends with the servers. Like, ‘Hey man, how’s it going?’”

One reason Bridges has hung on to his self-effacing manner might be the fact that he still lives in Fort Worth, where he can be largely anonymous. Growing up, though, he was anxious to leave. “For me, it was about seeing what the world was like outside of Texas. A lot of people where I’m from, they’re not able to see the world,” he says. “I remember when I was in high school, wanting to go places like France or even New York.” He’s certainly seen the world since then, performing as an opener for the Rolling Stones in Holland, at a Tom Ford fragrance launch in Milan, and for a Tory Burch and Vogue event in Paris, to name a few. When he travels for gigs, he makes it a point to actually explore, too, recalling one time when he crashed an open mic in Colorado. “It’s like, where’s the good food at? Where’s the dope bar? Where’s the dance spot? And where’s the beautiful ladies?” he laughs, breaking into song. “What should I do tonight?” 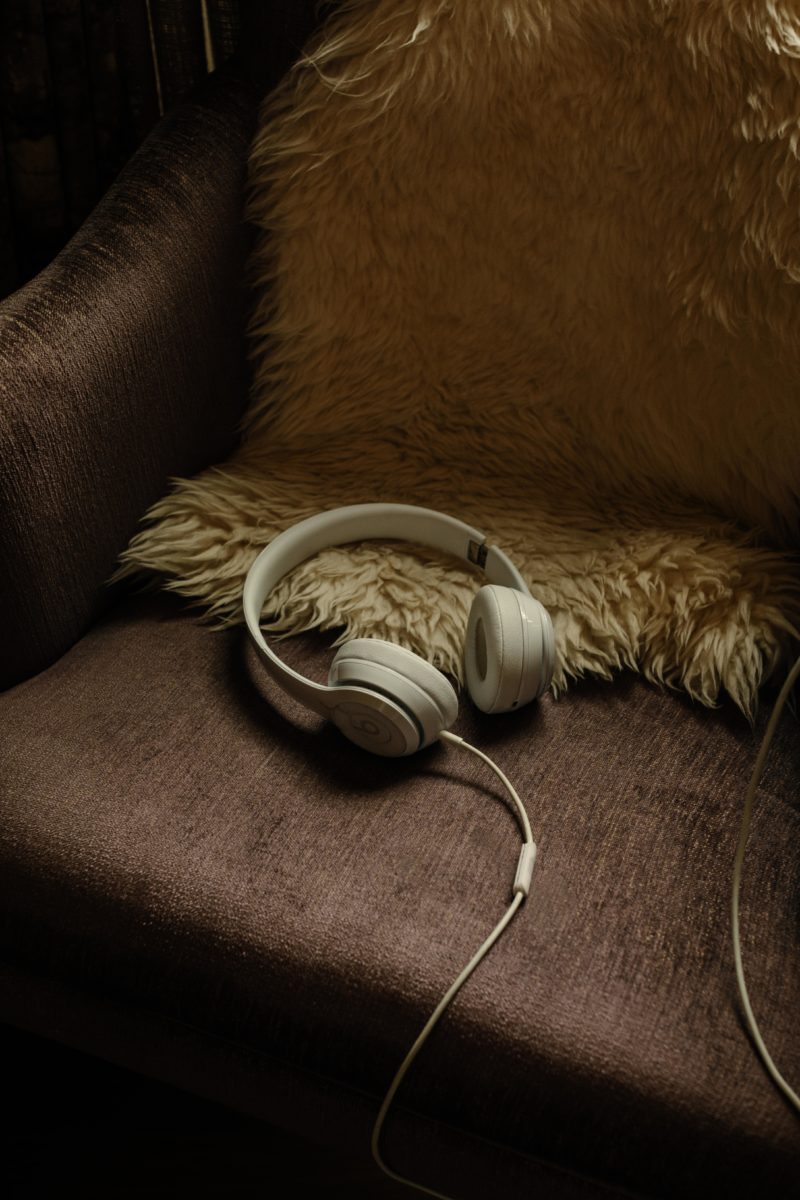 Beats by Dre Headphones
“Recently I’ve been listening to a lot of trap stuff like Migos, Young Thug, Little Young. It’s kind of cool to go back and listen to ‘Coming Home’—that was a special time in my life, when I was making those tracks and seeing people respond.” 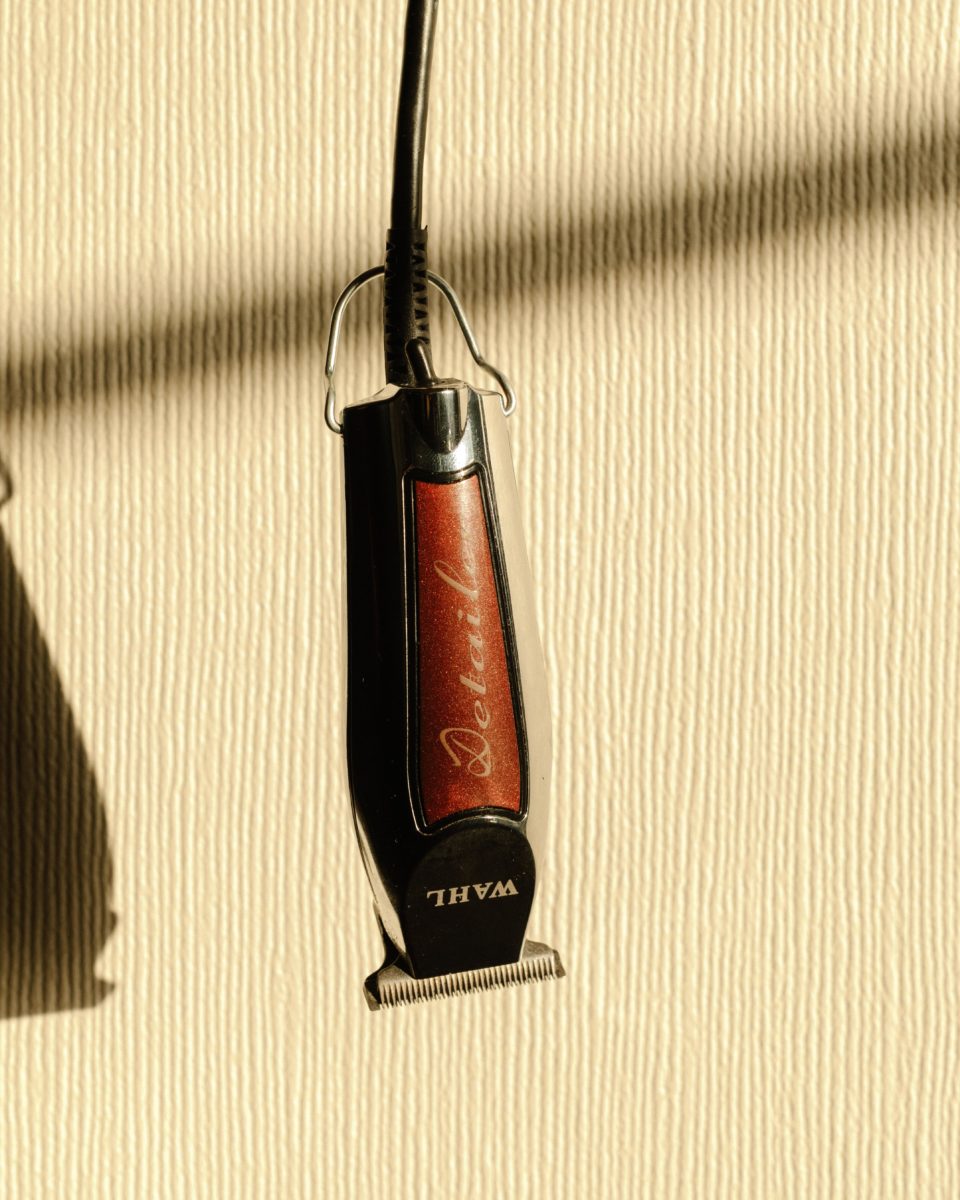 Wahl Trimmer
“I had aspirations to be a barber before I had the music stuff. Right now I’m rocking finger waves. I don't really ever use it as a razor, but I use it to fade." 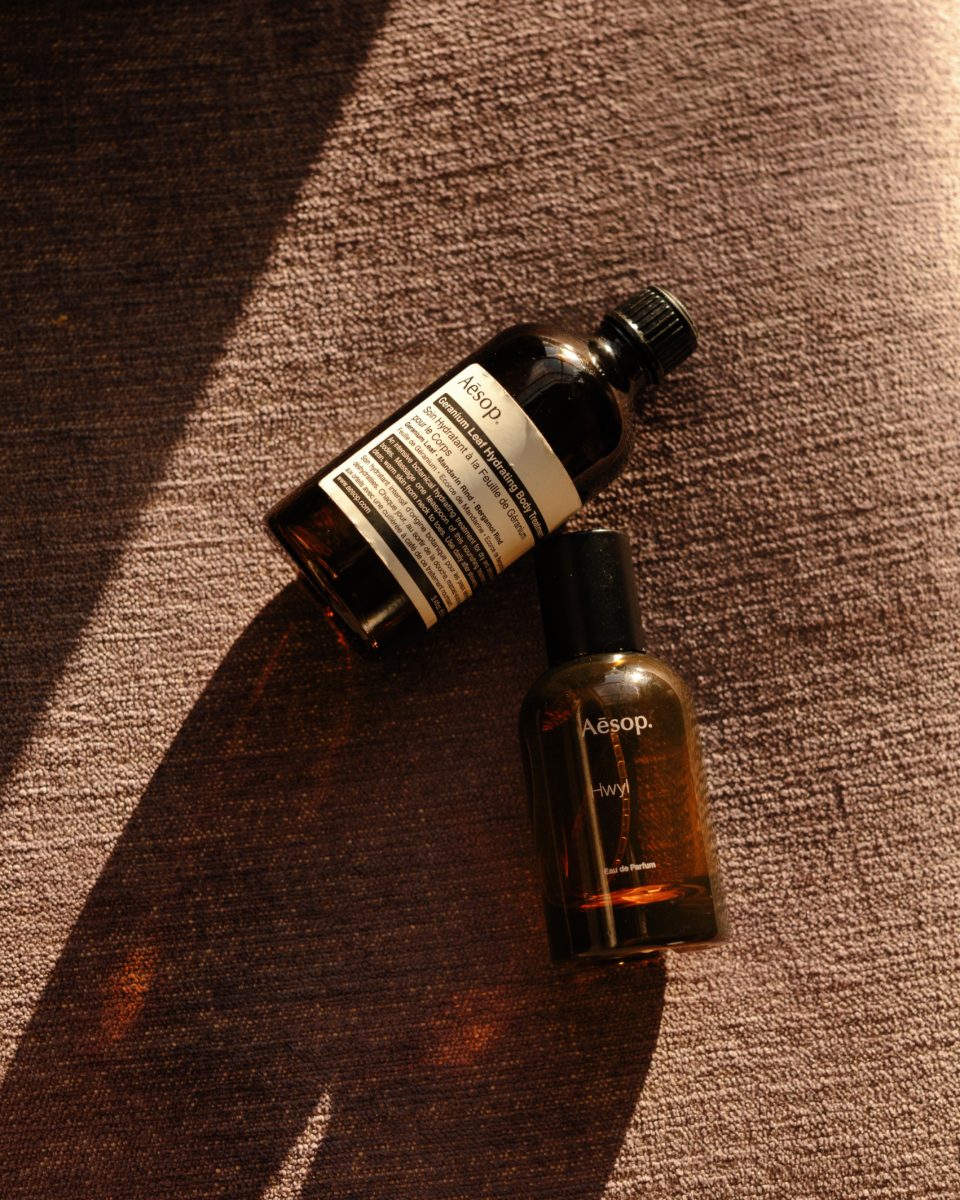 Aesop Lotion and Fragrance
“Aesop’s products are simple yet effective, and they smell amazing,” Bridges says.

He tells me about his first tour, a southern run through Mississippi, Arkansas, and over to South by Southwest, in Austin, Texas. “In the beginning, it was kind of rough because we didn’t have access to normal stuff like cleaners, and now it’s a little bit more fluid,” he says. “There were a lot of times when I had to wear this frickin’ funky blazer because I just didn’t have the time to get it cleaned.”Bridges’s favorite place to visit is Australia, where he played the Splendour in the Grass festival in 2016. “I had never seen people under 20 years old so excited for our music,” he says. “It really transcends age. I’ve seen the music nerds love it, and I’ve also seen cats from the ‘hood love it. I think it’s beautiful that my music can be enjoyed by everybody.” He’ll be heading to South America this spring and into summer, touring with Harry Styles. “My demographic is predominantly white—not mad at that at all, but it will be a nice shift to perform in front of people of color.”

With Good Thing, Bridges wants to expand his audience even further. “I want to show people that I can exist in any kind of genre,” he says. “I’m pumped and scared at the same time. With this album I feel that I’ll no longer be the underdog.”Don’t forget that all of this—the fame, the recognition—is still a revelation to Bridges. His entry into music came by way of a group of guys at his community college in Fort Worth, who, believe it or not, were taking ballet classes. Eager to refine his own skills (“When I was younger, I was inspired by Michael Jackson, Ginuwine, Usher; I remember I used to practice in the mirror before I went to school just to make sure I had my moves down”), he enrolled in ballet, jazz, and African dance. As a group, they began meeting at the student center, creating songs. “That was my way into writing,” says Bridges. “The beautiful thing is that it’s coming full circle, because now that I’m expanding my sound, I’m able to put my homies that I grew up with in the videos. We always aspired for this freakin’ moment. To do dance at this level.” 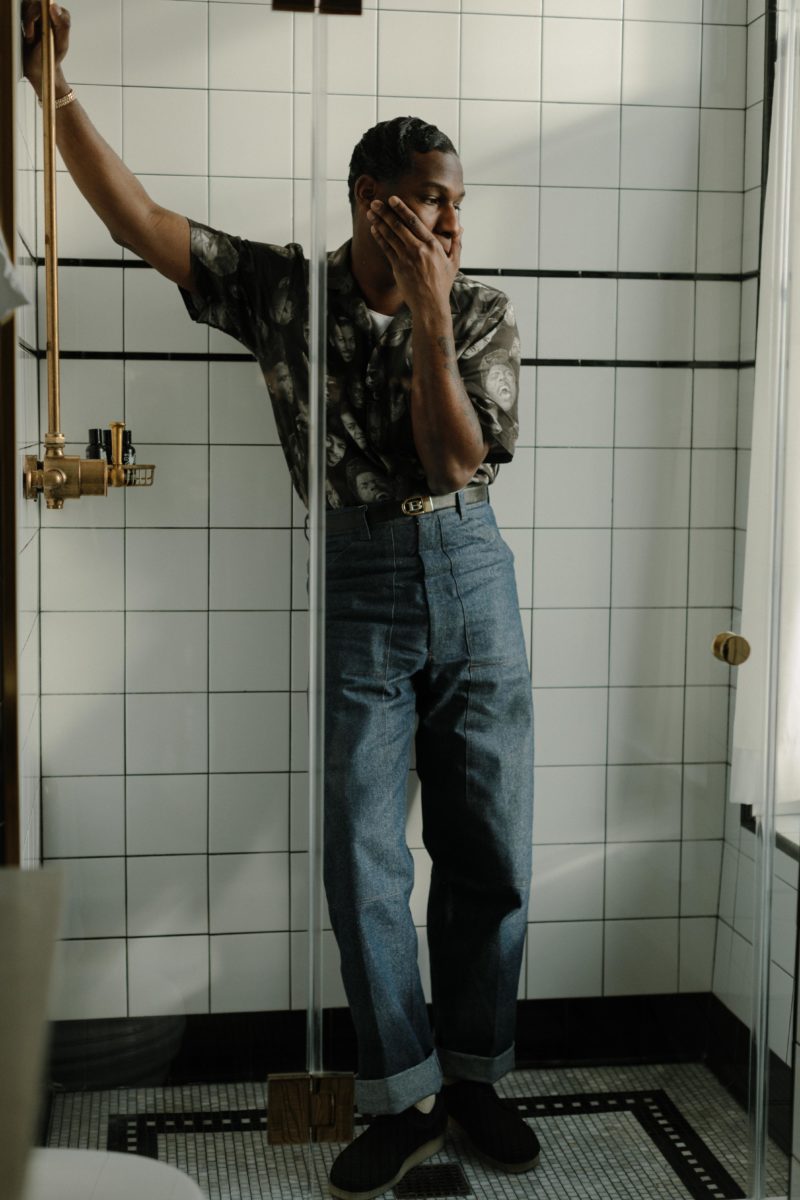 Along with Good Thing, Bridges will release a song with Detroit rapper DeJ Loaf this spring. He’ll get a second go at the Met Gala in a scene in “Ocean’s 8,” out this June, and a recent “Saturday Night Live” appearance alongside Ryan Gosling points to more movie appearances this year. All this happened after his song “River” attracted a whole new demographic (“it put me onto soccer moms!”) when it was featured on HBO’s Golden Globe–winning “Big Little Lies.”

In other words, it’s getting harder to remain anonymous in Fort Worth. But for Bridges, after all his traveling, the best part is coming home. “For me, escaping is coming back home and being with friends and family; being away from the music and traveling—all the stuff,” he says. “I had aspirations to see the world before all of this, and now that I’ve seen most of it, coming home is the best place to be.”