You thought Thai food was spicy? HA. Try eating literal fire ants. For this week’s Travel Crush, one Here editor sets her sights on Luang Prabang, Laos—home to exceptional riverfront views, cascading waterfalls, and street food that’ll have you reaching for more and more (and a bottle of water).

On a recent trip to Japan, I was veritably berated for never having visited any of Southeast Asia. “You don’t have an interest in the cultures or what?” I was asked, incredulously. “Interest!? No, I just haven’t had the opportunity!” That excuse didn’t suffice. I was shamed. And for good reason.

The late, great Anthony Bourdain convinced me years ago with his coverage of the cuisine that Vietnam was one of the most exciting places in the world for a food-lover to visit, and Netflix’s Street Food only heightened my pining. Viet Thanh Nguyen’s 2017 book The Refugees—primarily about Vietnamese refugees fleeing to the U.S. after the Vietnam War—offered perspectives on Southeast Asia that I had never encountered. But then, after learning a bit about Laotian cuisine from star chefs like James Syhabout of Oakland’s Commis and Donny Sirisavath of Dallas’s Khao Noodle Shop, my interest in visiting the small, mountainous country of Laos—situated between Thailand and Vietnam—now rivals my interest in visiting Vietnam.

In northern Laos lies Luang Prabang, a city known for its numerous temples and sweeping vistas. The town itself—or at least 33 of the surrounding villages—is actually a UNESCO World Heritage Site for its “fusion of traditional architecture and Lao urban structures with those built by the European colonial authorities in the 19th and 20th centuries.” From the captivating landscape to the tongue-tinglingly spicy flavors of the street food, my crush on Luang Prabang is getting harder and harder to contain. 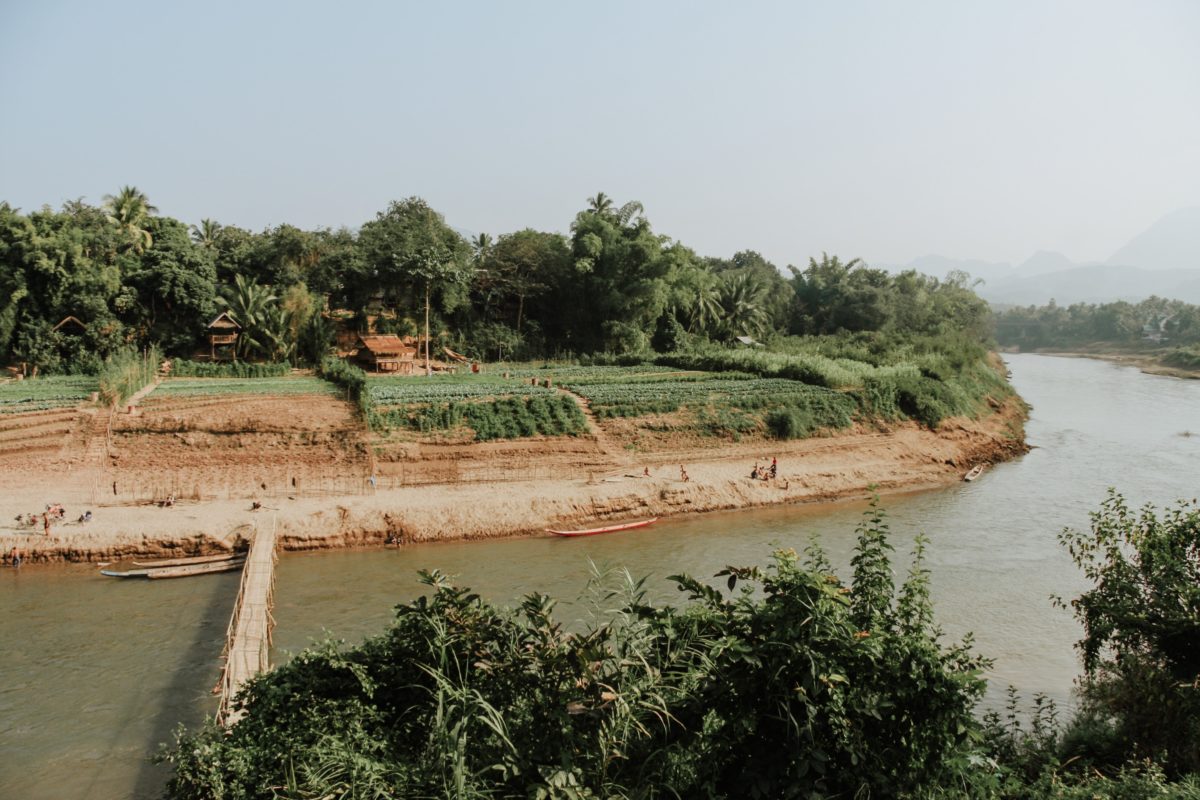 The Apsara Hotel is located on the northern peninsula of Luang Prabang, between the Mekong and the Nam Khan rivers. 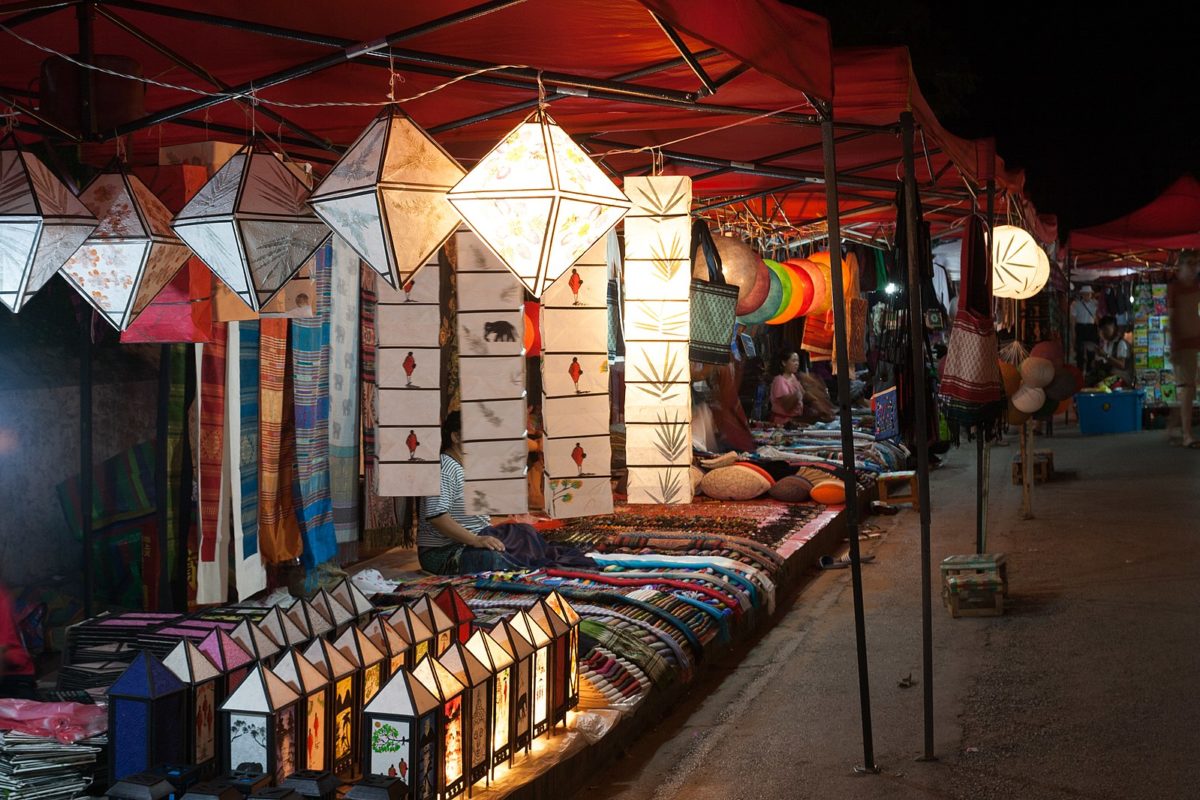 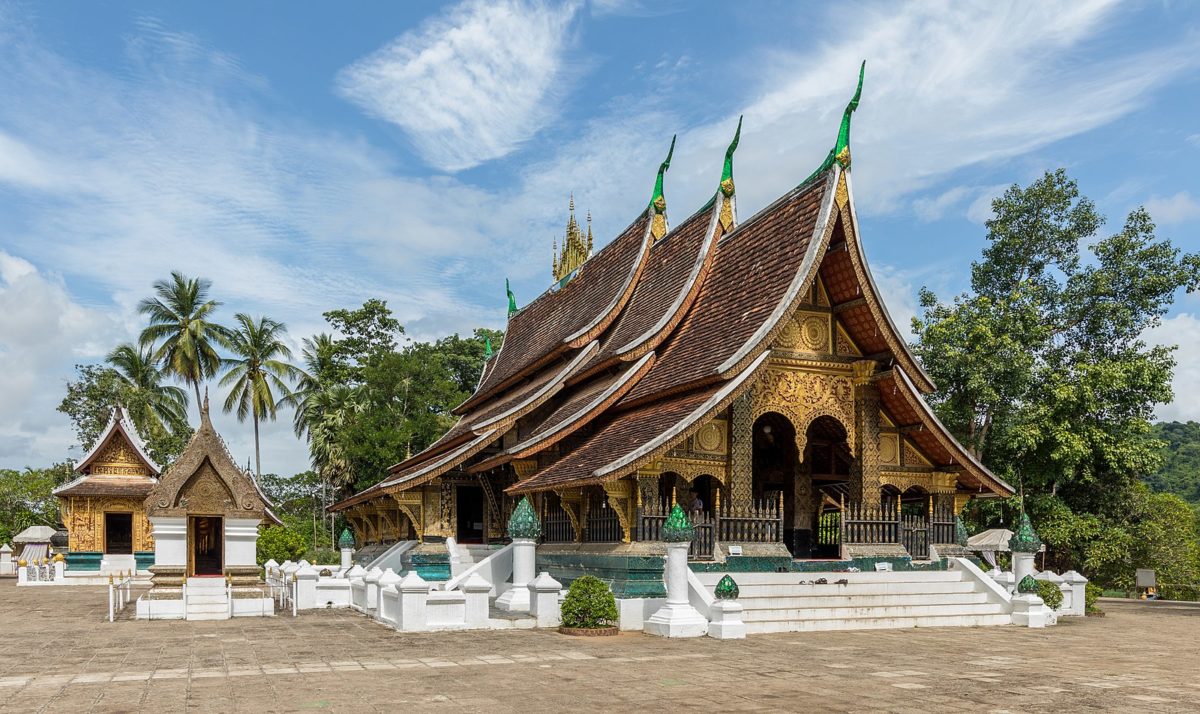 Many visit Luang Prabang for its numerous temples, including Wat Xieng Thong on the northern tip of the peninsula.

The food is fire in Luang Prabang

In an interview with NPR for his book Hawker Fare: Stories & Recipes from a Refugee Chef’s Isan Thai & Lao Roots, James Syhabout calls the Thai food that most Americans are familiar with a “gateway drug” for Lao food, which is supposedly much spicier and uses ingredients that are more foreign to American palates—like fire ants. Street food in Luang Prabang incorporates those ingredients, as well as sticky rice, taro leaves, and sai oua (northern Laotian sausage).

For a more luxurious meal, I’m heading to Paste at the Apsara, Bee Satongun’s Laotian outpost of her franchise (the original Michelin-starred Paste is in Bangkok). Featured dishes include crunchy fermented rice balls with sour sausage, kaffir lime zest, red curry paste, river weed, and rose pepper leaf. According to the Paste website, it’s like “getting the mountains of Luang Prabang on a plate.” 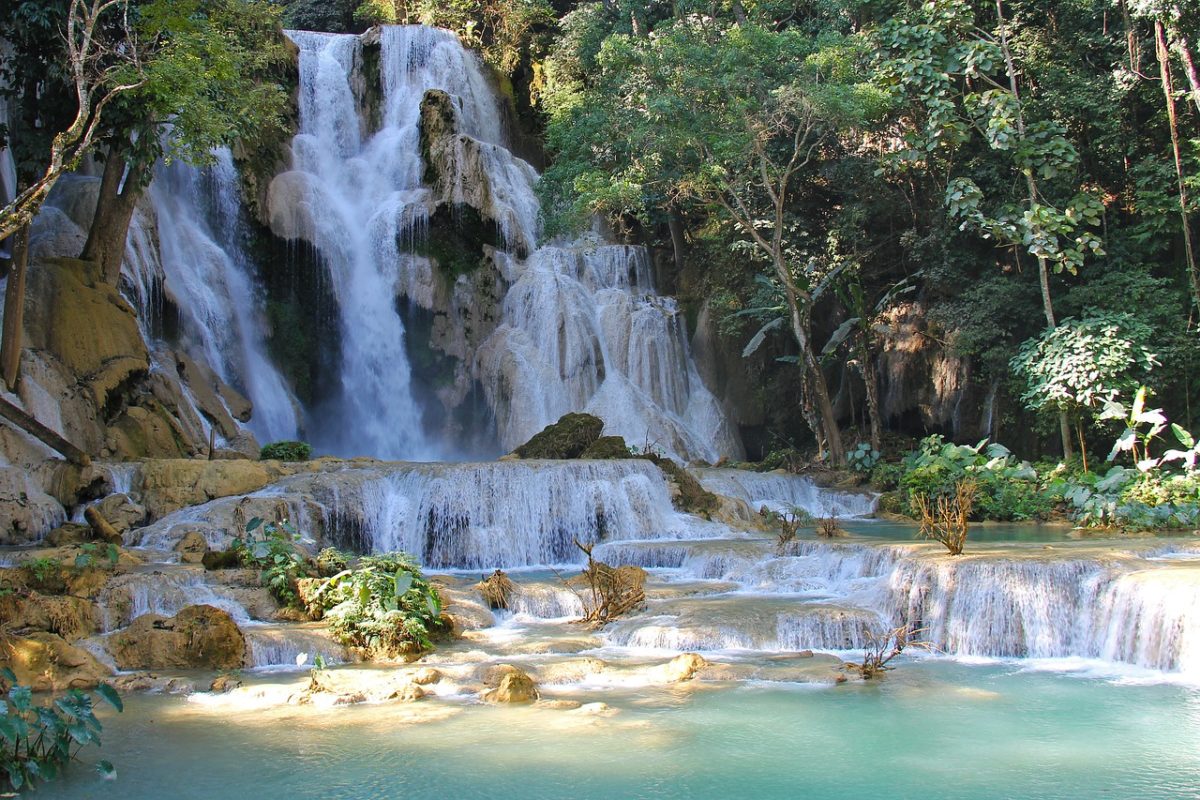 Kuang Si, Tat Sae, and Tad Thong are some of Luang Prabang's most famous surrounding waterfalls. 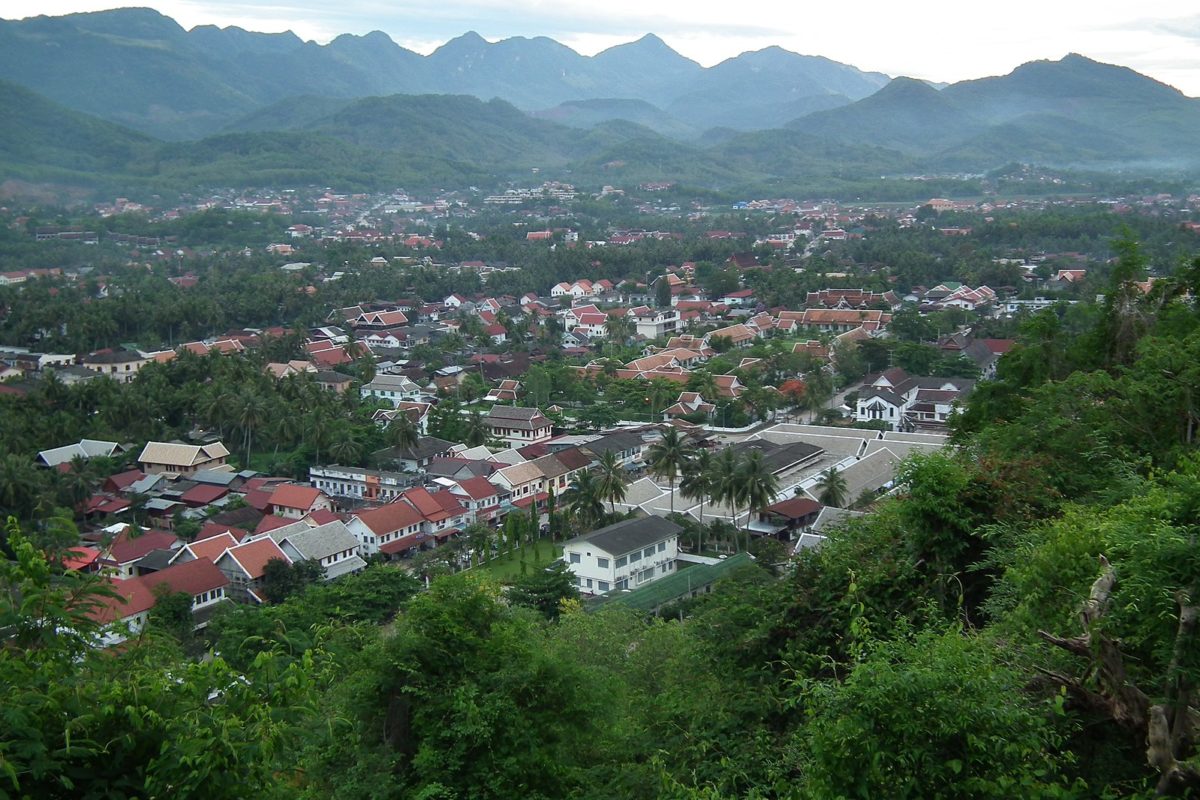 The city is lush, having been built on the fertile banks of the two rivers, the Mekong and the Nom Khan.

For a homey-yet-comfortable stay in what might be Luang Prabang’s most beautiful corner, I’ll stay at The Apsara, home to the amazing Paste, above. The hotel itself is historic, having been built on the banks of the Nam Khan River originally as a rice warehouse. Plus, they discourage the use of single-use plastics by offering one of the city’s 30 water refill stations for tourists on site!

There’s no shortage of temples and outdoor markets to visit in Luang Prabang, and I’ll certainly be heading to Wat Phon Phao and the Luang Prabang Night Market during my stay. But what I’m most looking forward to in Luang Prabang? Waterfall hopping and paying a visit to Free the Bears sanctuary and Laos Buffalo Dairy. You can eat ice cream, cheese, and feed baby buffalo—otherwise known as the perfect day.