This week’s travel crush takes us to the underrated Istrian Peninsula in northern Croatia.

It’s now been several months since the pandemic first canceled our entire calendars, and for a while it hurt too much to think about all the places we were no longer able to travel to. But this week I am finally ready to talk about the lost trip I was most excited about this past spring—exploring Croatia’s underrated Istrian Peninsula.

One of my favorite ways to figure out where I want to travel is to ask a simple question: Where do the European’s go? Those lucky continental residents live in excess of unique destinations, easily hopping from one country and culture to the next. They’re closer to both Asia and Africa, and they (rightfully) love to keep their favorite places secret from us Americans. 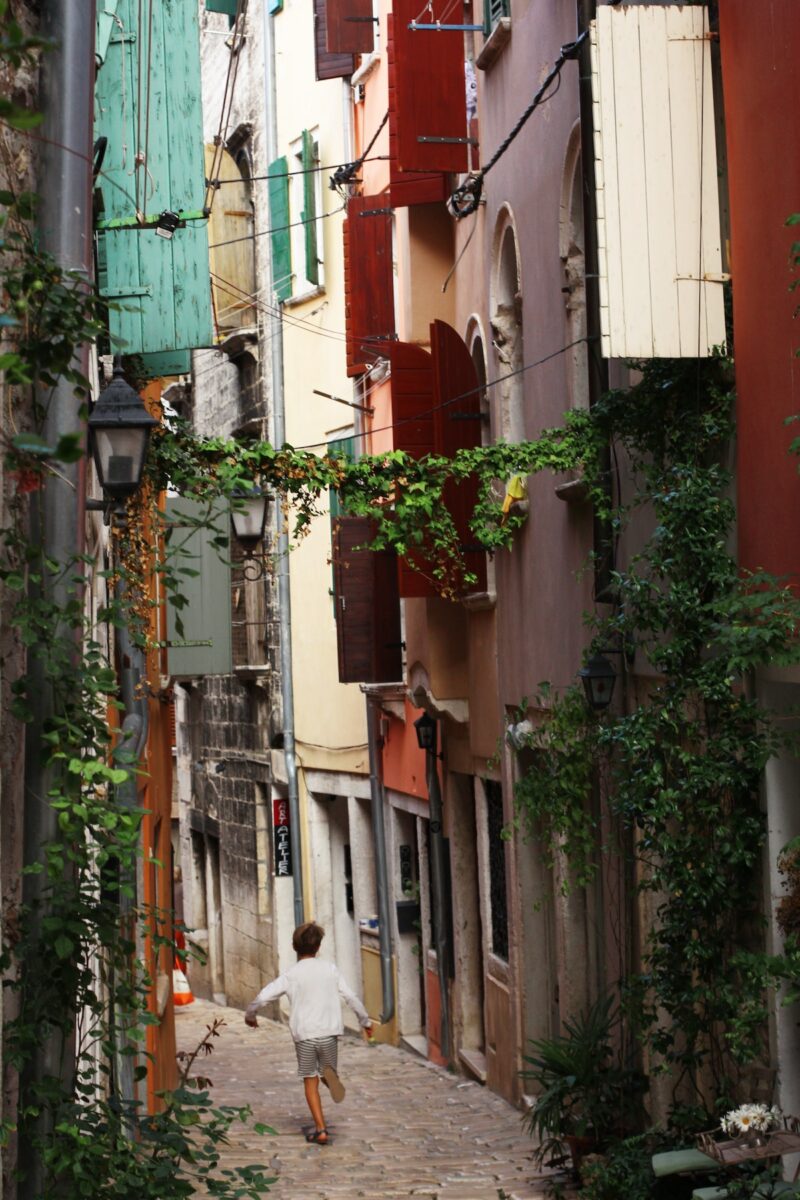 Running through the cobblestone streets of Rovinj, Croatia. Photo by Denis Tuksar.

While cheap flights and Game of Thrones fandom skyrocketed the country’s capital, Dubrovnik, to tourism hotspot fame, Croatia’s northern region, specifically Istria, quietly continued on as a regional vacation destination for nearby visitors from Italy. They’ve been doing this for so long that there’s even a local dialect known as Istriot that melds the two languages together. Think about it: You’d be hard-pressed to find a traveler who didn’t love Italy, ergo we’d probably have some interest in where Italians themselves go for a nice getaway, no?

As a result of cultures from Italy, Slovenia, and Croatia convening on this single peninsula, Istria has become a culinary melting pot and a bohemian enclave—and still manages to be relatively inexpensive compared to other tourism spots around Europe.

There’s also this sizable elephant in the room: Americans can currently travel there with proof of a negative COVID-19 test in the last 48 hours. I’m not quite ready for that yet, but I am ready to start dreaming again—for one day soon. 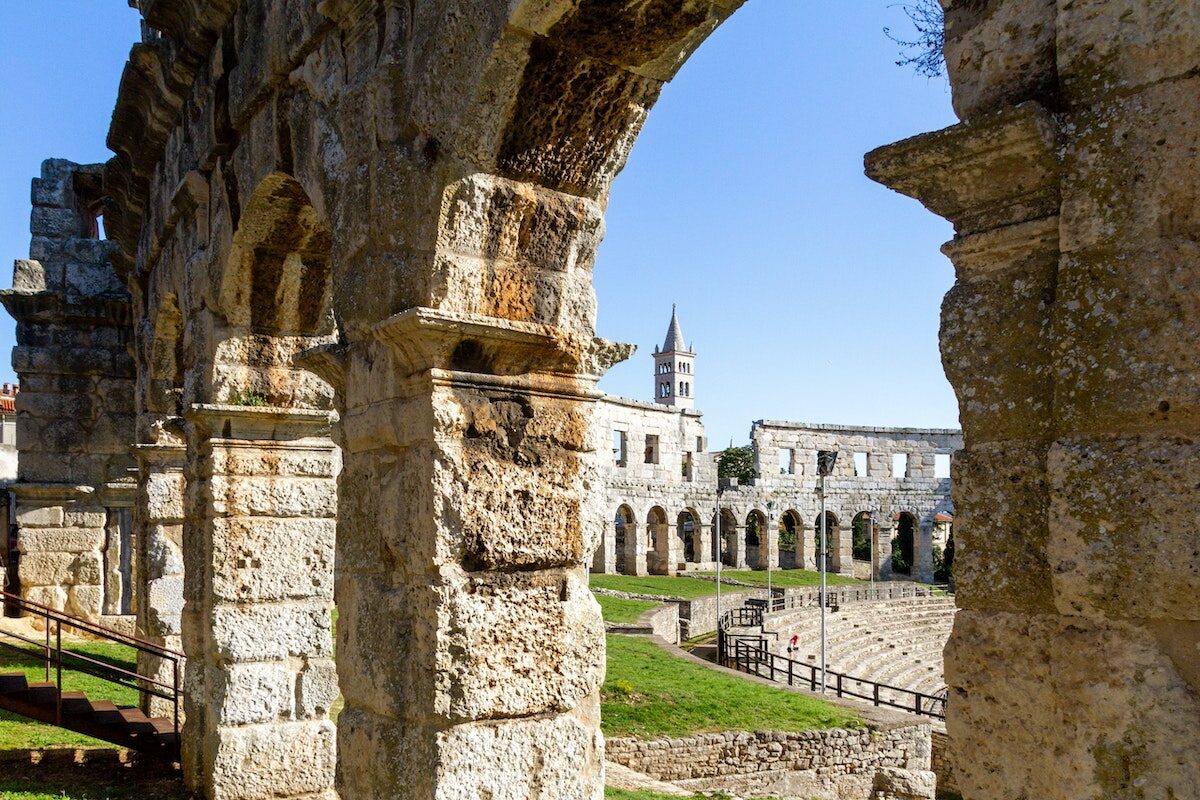 The Roman colosseum in Pula is the 6th largest in the world. Photo by Dimitry Anikin.

You’re not traveling to Istria to stay in one place, but rather to plan a trip around roaming the wealth of small towns all around the peninsula—it’s probably best to rent a car. Pula is the largest city and a compression of everything great about Istria: Roman-era ruins, amazing beaches, and good food. But there’s also Rovinj, a small fishing port with abundant cobblestone streets. And what about Motovun, a medieval hilltop town where the number one tourist activity is paragliding over the Istrian countryside? Or Groznjan, the “village of artists,” full of galleries, sculpture, and an Austro-Hungarian Empire-era railroad track converted into a bike trail. A good day trip would be to Hum, where 100% of the population (around 30 people) speaks Italian and they make miska brandy, a local specialty made from mistletoe. I also wouldn’t be able to pass up the oyster farm on the Lim Fjord. There’s just so much to see—my head is spinning! 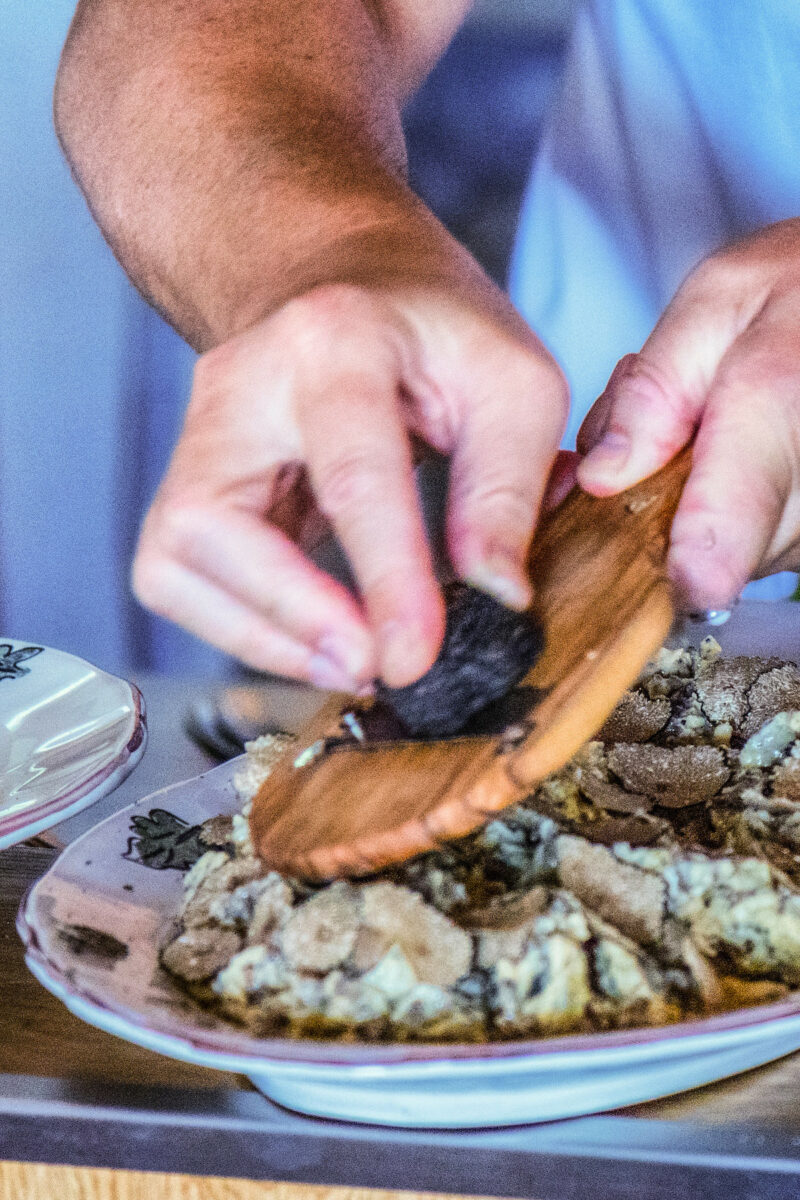 They may not look like much, but Istrian truffles are some of the finest in the world. Photo by Arnie Papp.

What if I told you that Istria was one of the great truffle capitals of the world, rivaling Italy’s Piedmont and and France’s Perigord, but without the astronomical prices? Though they’ve been foraged in the region for centuries, Istrian truffles have been slowly gaining recognition and can be easily enjoyed at unpretentious restaurants like Konoba Mondo or through truffle hunting experiences like that of the Karlić Tartufi. The tubers pair well with some uniquely regional Croatian wine varietals like the malvasia istriana (a floral and complex white) and teran (for deep reds). Wineries across the region offer low-key wine tasting experiences, like Kozlavik Winery and Franc Arman. 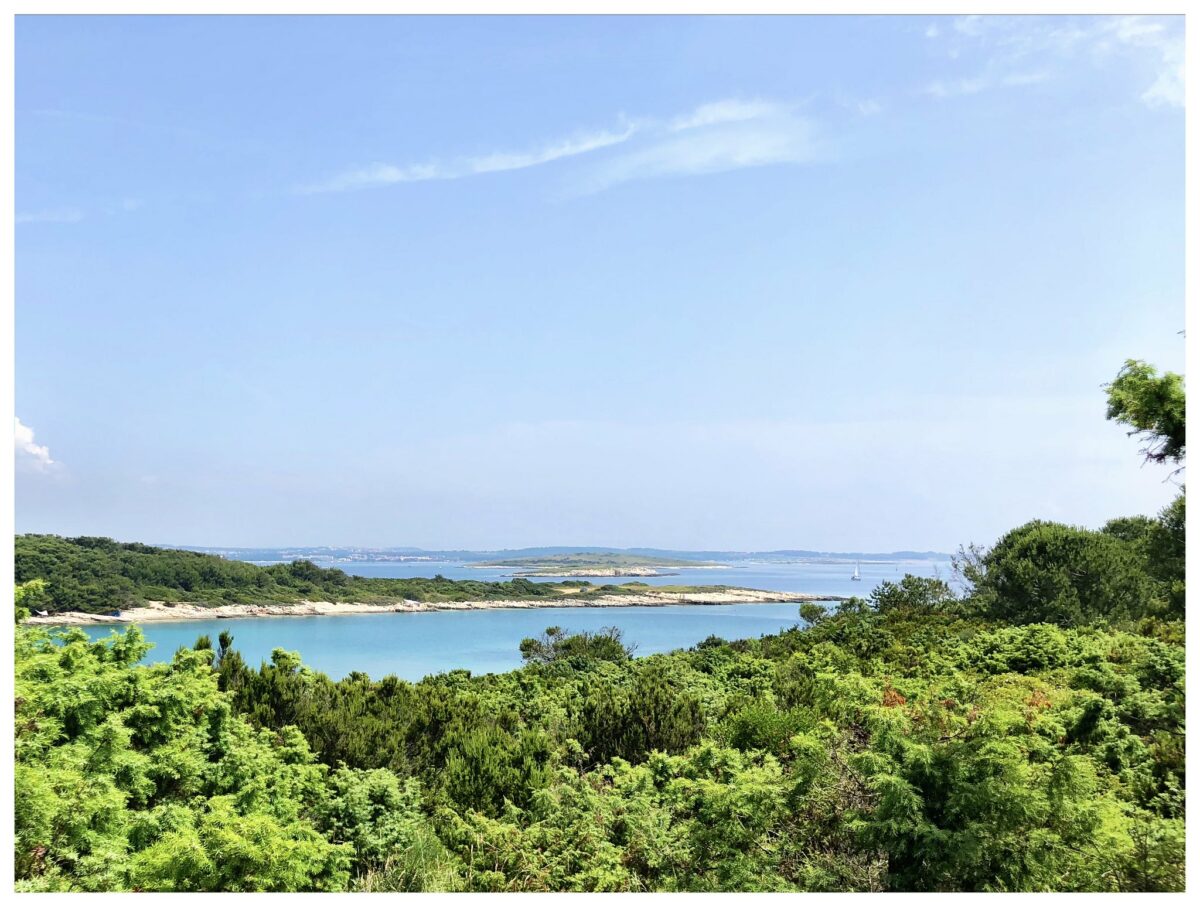 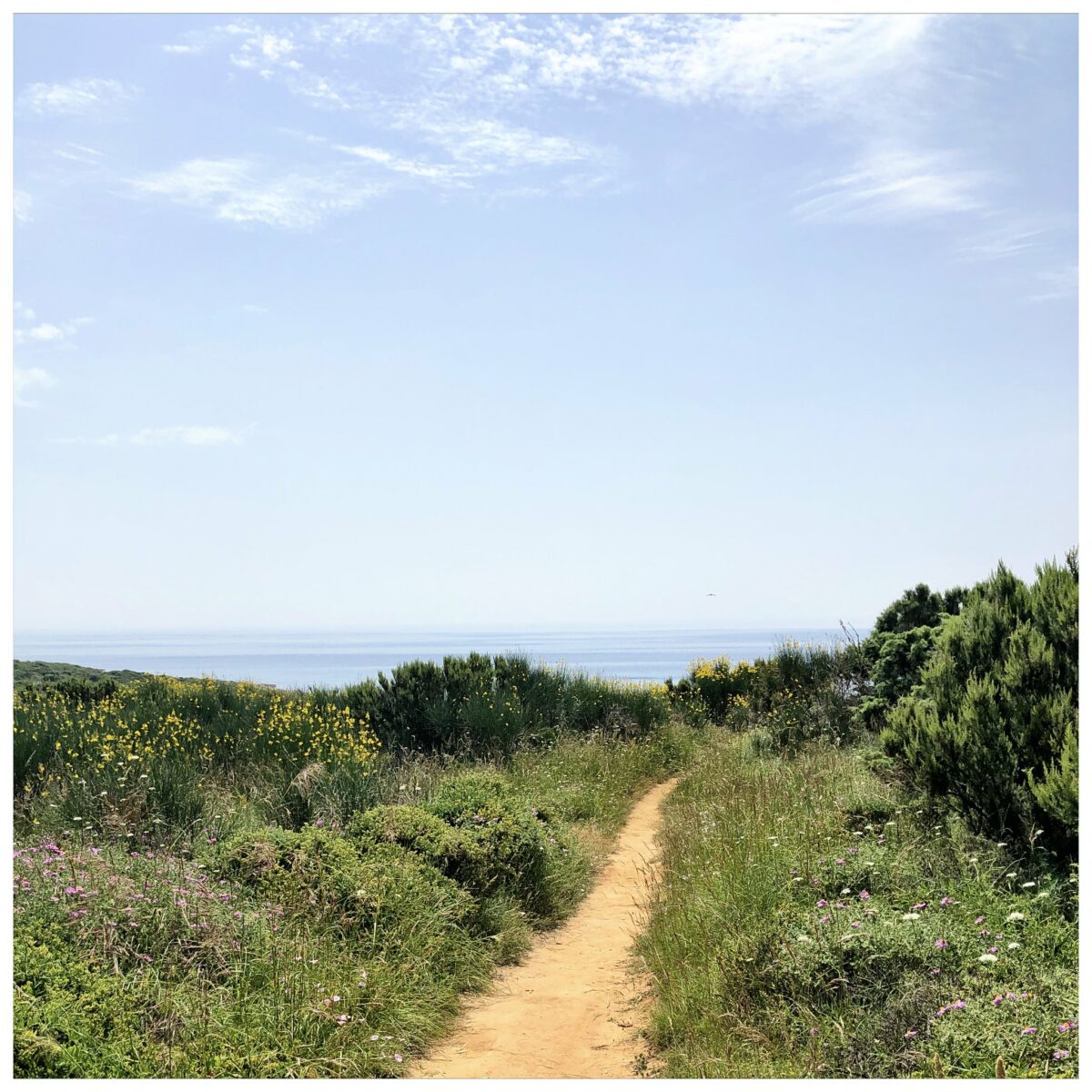 A secluded path to Cape Kamenjak. Photo by Aiva.

I’d Rather Be in Dalmatia

Croatia’s Dalmatian Coast, which stretches all along the country’s border with the Adriatic Sea, is a major draw, especially around the Istrian Peninsula. The beaches are breathtaking, with craggy cliffs and deep blue waters. Both Pula and Rovinj offer stunning beaches not far from the old town city centers, but for something more remote, I’d try Cape Kamenjak, which is part of a wild nature reserve just south of Pula known as a great diving spot.