Inside Chez Away, Paris Fashion Week's Coolest Pop Up Hotel

Noisy neighbors be warned—in Paris, it’s normal for nearby residents to toss water onto unassuming revelers. And that’s exactly what set the tone for Chez Away, a week-long total takeover of the Amastan Paris, a boutique hotel in the 1st Arrondissement. During Paris Fashion Week, the likes of Charli XCX, Arizona Muse, Emily Ratajkowski, Alexa Chung, and many more stayed, hosted events, or attended parties at the 25-room property turned second home, work space, and club.

The water in question came on night two, during a dinner hosted by Phoebe Lovatt and Madeline Poole, in celebration of their new projects—The Working Women’s Handbook and Fantasy nail salon, respectively. Before a raucous outdoor dinner turned soggy, guests were rushed inside and handed tequila shots to stave off any damp feelings. Instead of being a seated affair, bowls of pasta were passed around the dance floor, and the DJ turned the music up. Nearby, the Haiku Guys hosted “bedtime stories,” where they turned out personalized poems after listening to individual stories—which quickly spiraled into mini-therapy sessions.

Needless to say, mornings at Chez Away were challenging, but there was a solution for that too. Sky Ting Yoga hosted classes in the garden, and Nike trainer Kirsty Godso led HIIT sessions and group runs along the Seine. MNDFL led a meditation session in a street-facing room, where the passersby speaking in French only added to the experience.

Paintbox nail salon was on-hand to give manicures—the Haim sisters went for Amastan’s signature blue marble pattern, which they sported on the front row of the Chanel show. If all else failed, happy hour classes hosted by Grey Goose did the trick, where everyone learned how to make Le Grande Fizz (1.5 parts Gray Goose, 1 part St. Germaine, 1 half-part fresh lime juice, ice, soda water, and 3 to 4 lime wedges for good measure.) 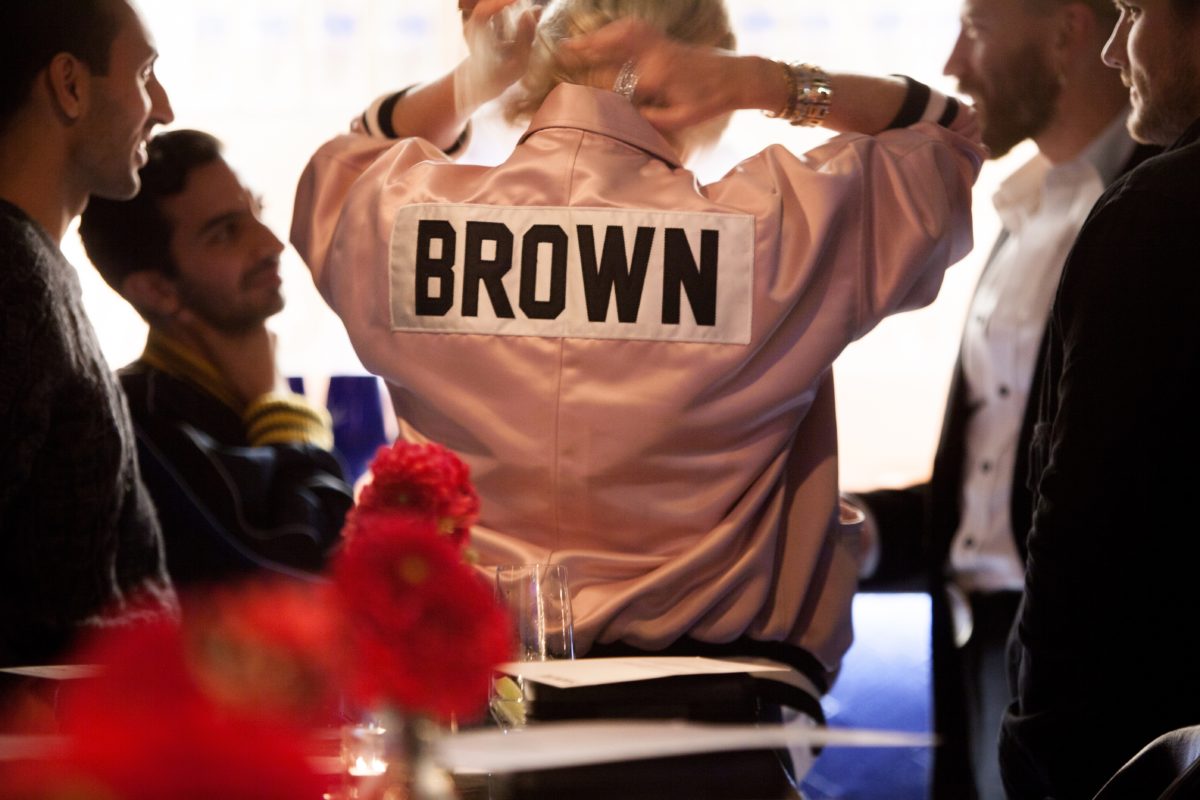 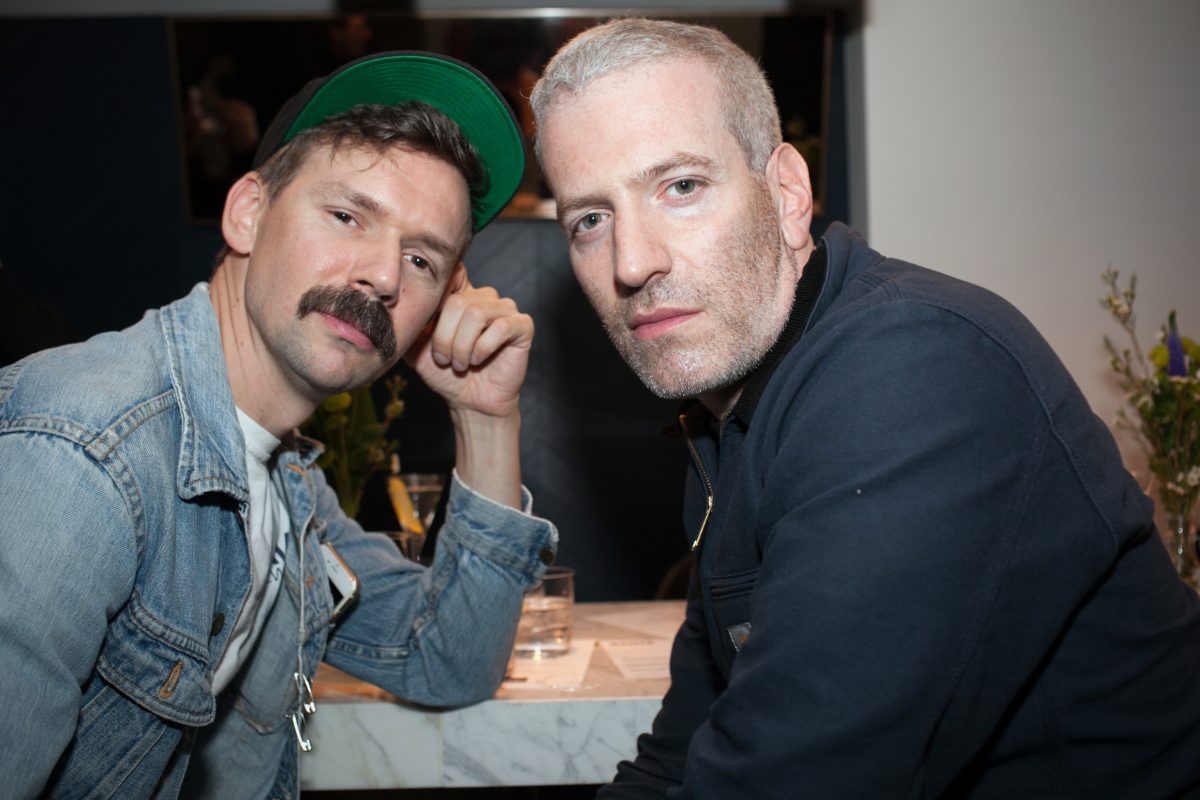 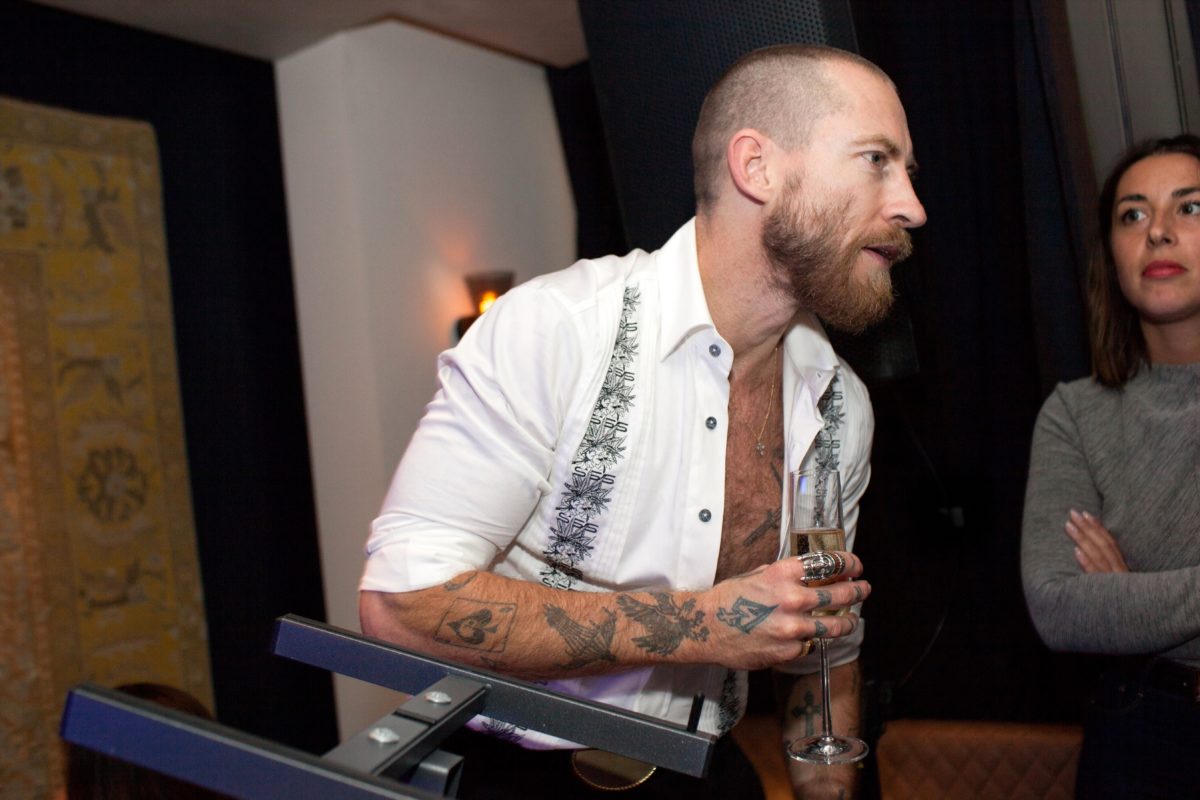 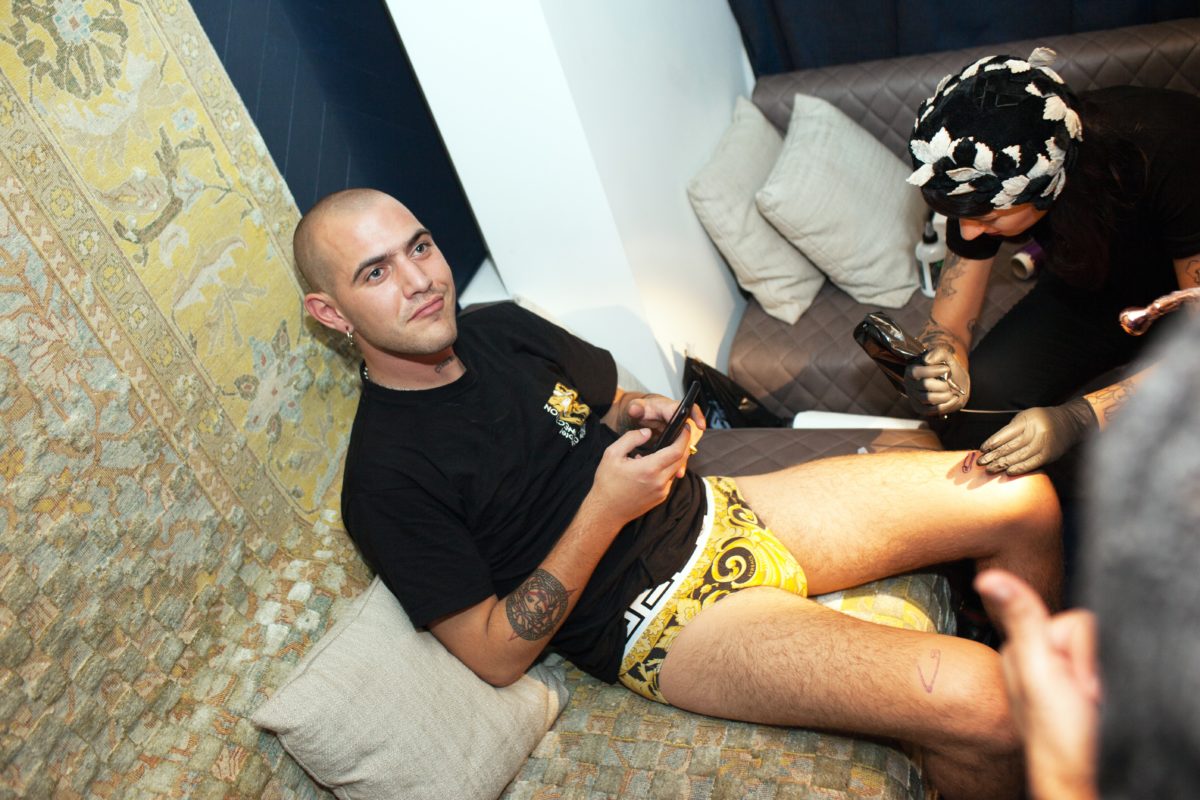 The pop up tattoo parlor inside Chez Away. 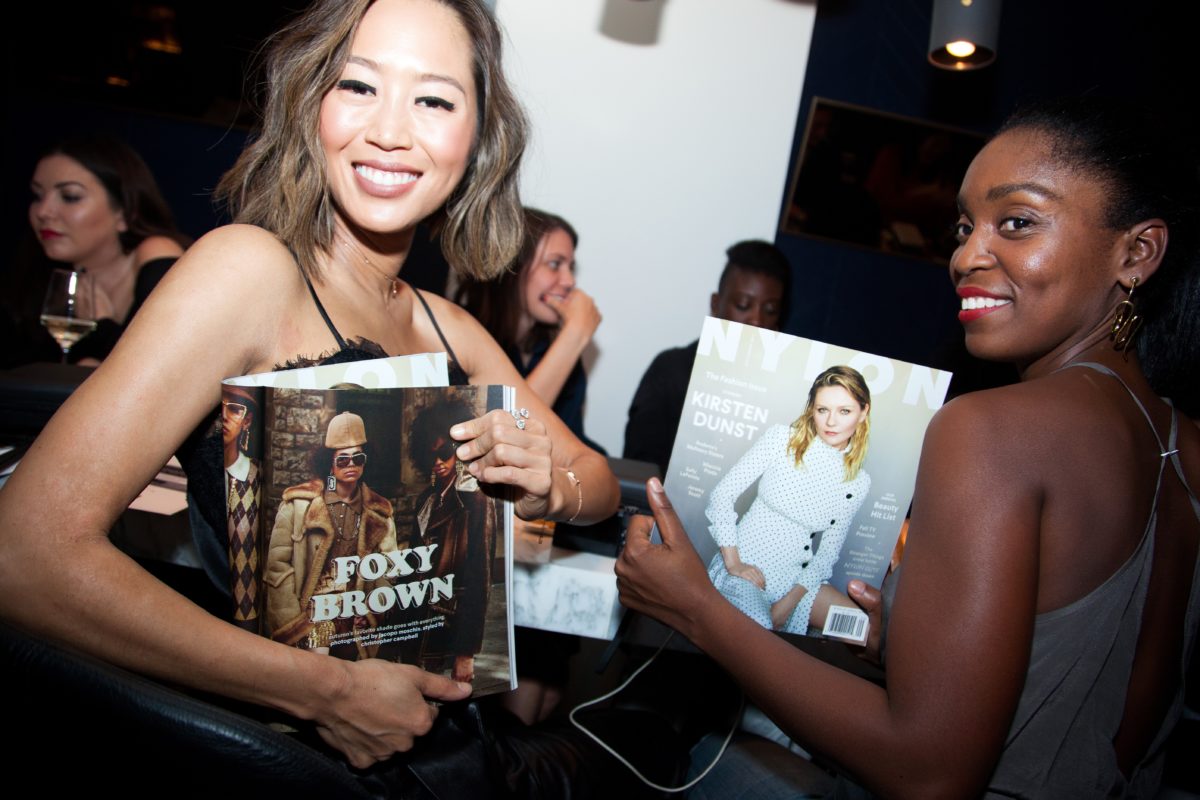 Inside the NYLON dinner.

Other daytime activities were more specific to fashion week. Arizona Muse and Elizabeth Peyton-Jones held open office hours for their newly-launched Model Trust Alliance, and nearly 20 models stopped by for facetime with the industry vet.

But the evenings brought the fêtes, including a Laura Brown and Justin O’Shea cohosted dinner, attended by Emily Ratajkowski, Alexa Chung, Yasmin Sewell, and Business of Fashion’s Imran Amed. Tattoo artist Carin Silver inked guests during cocktail hour, and was so popular that dinner was delayed. Emrata made it her mission to encourage tattoos—specifically an outline of clinking champagne glasses. “I mean, that’s what I would get if I was getting a tattoo,” she said. 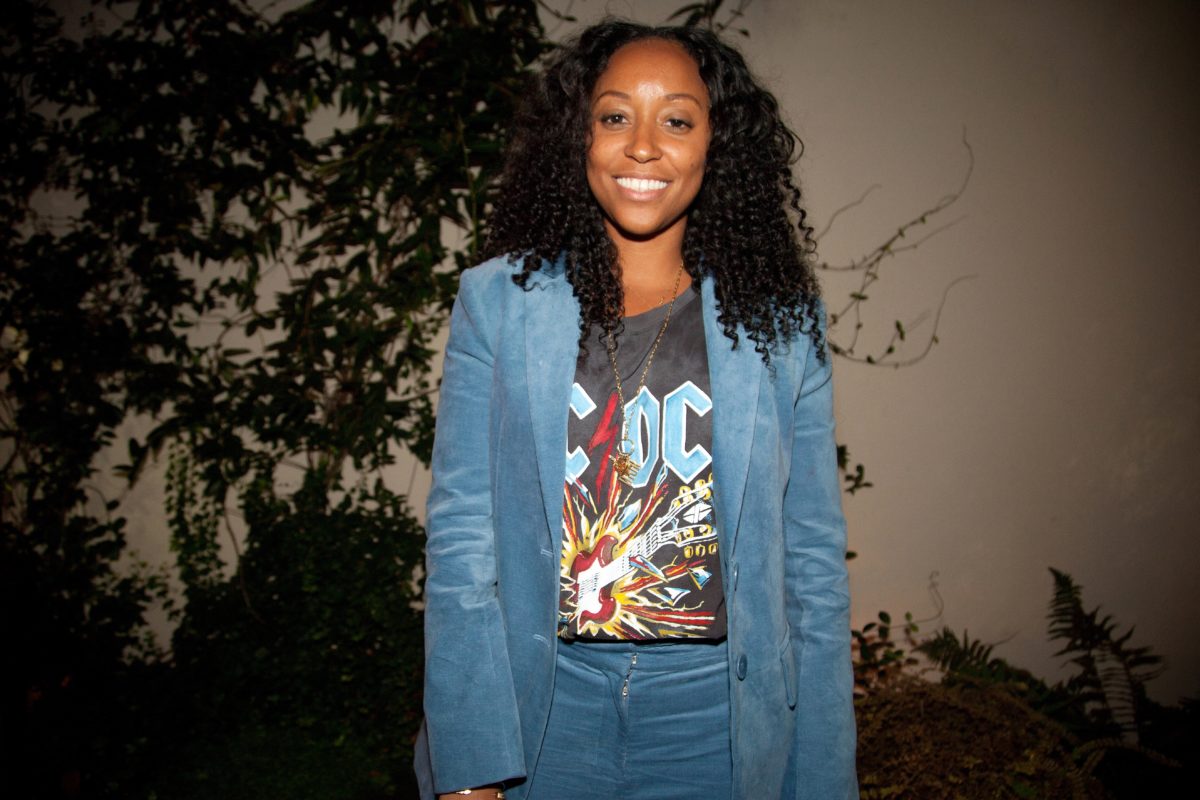 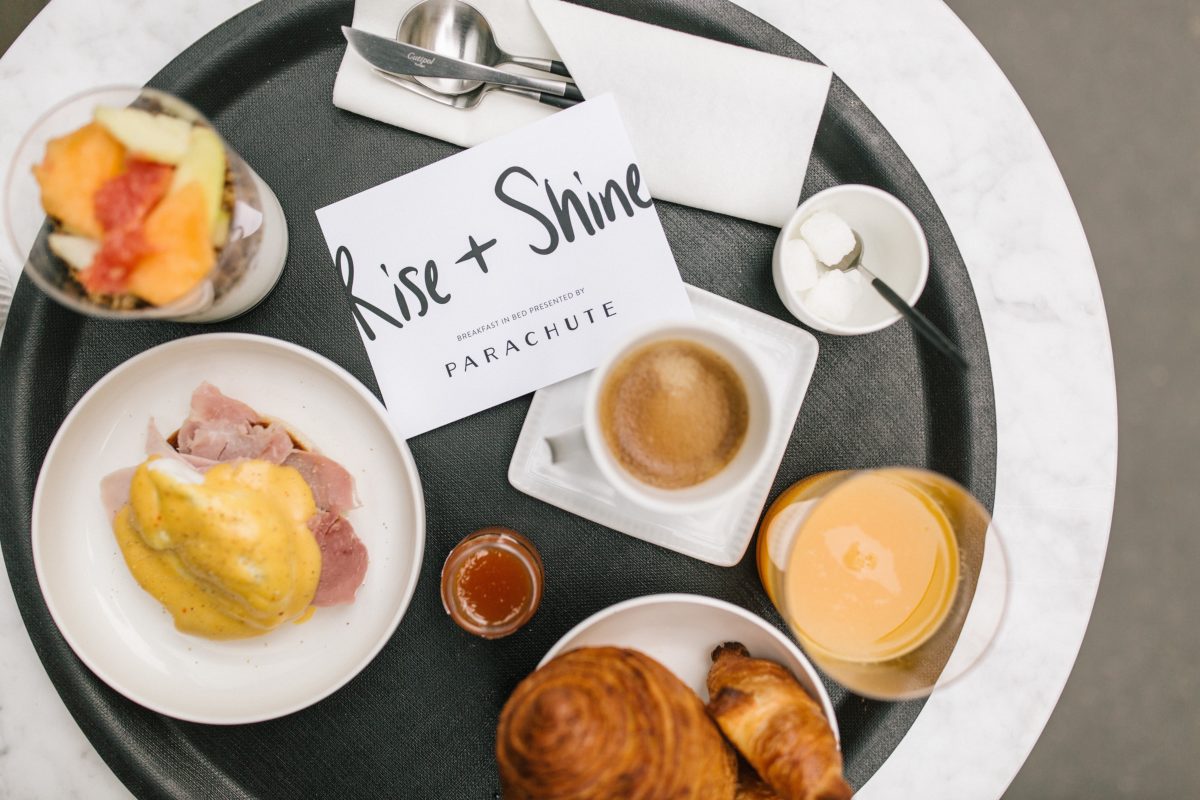 Breakfast in bed at Chez Away. 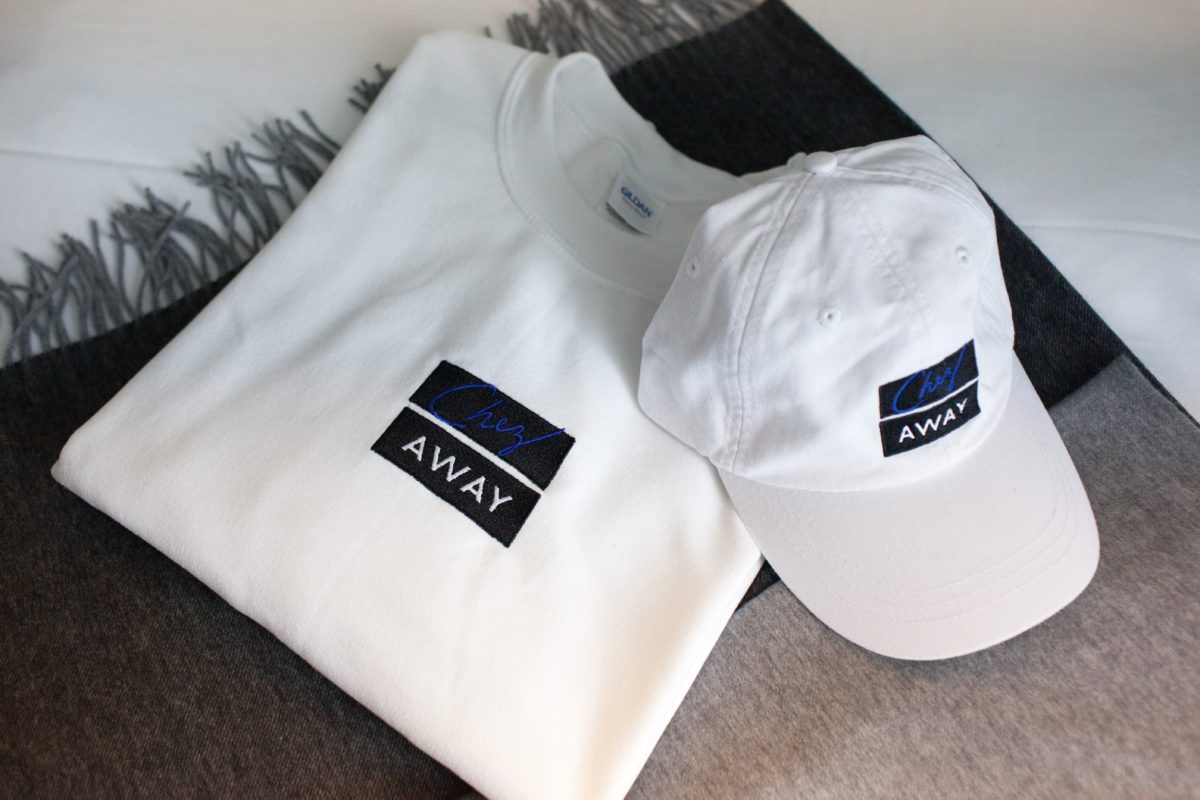 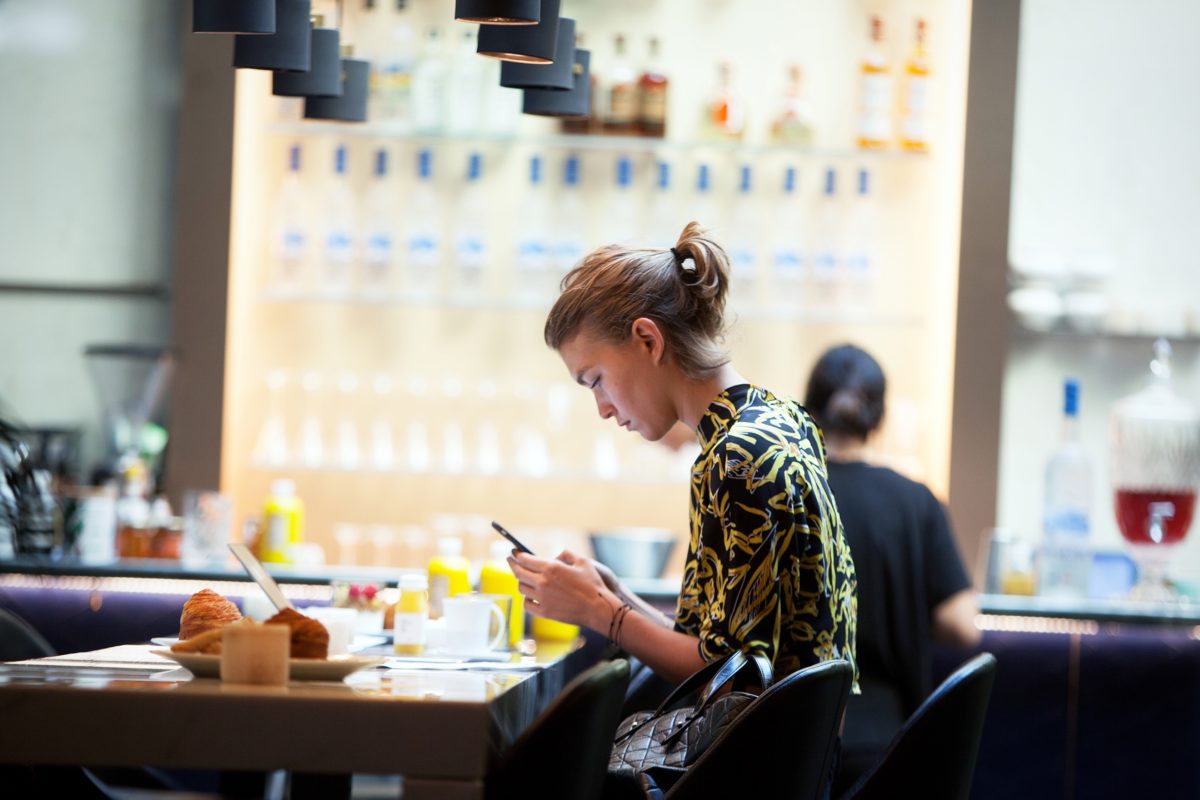 Arizona Muse, taking advantage of the work space at Chez Away. 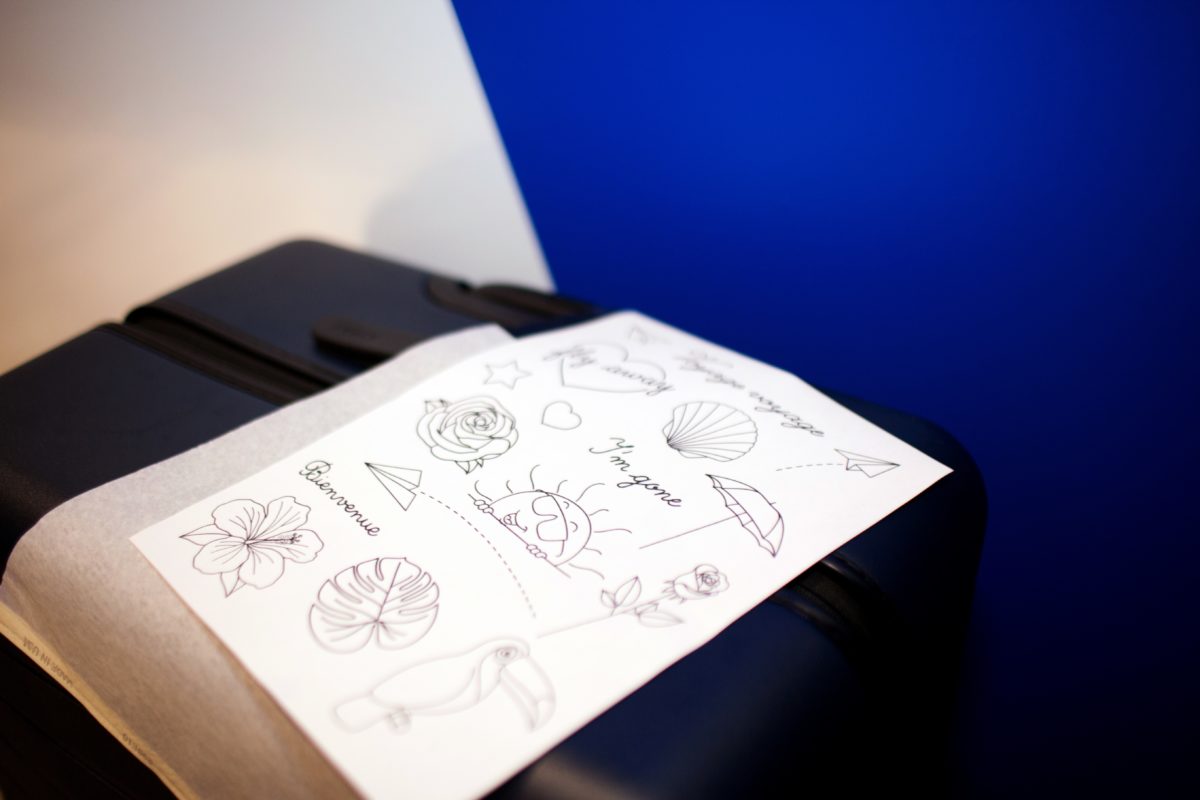 The Crayoner's specially-designed Chez Away tattoos.

Dinners with NYLON, more tattoos (Chriselle Lim’s entire team walked away with fresh ink), a set by French DJ Manaré, and spillover from Carine Roitfeld’s Palais de Tokyo party came in the nights that followed. But  the piece de resistance came on the final night: a dance party DJ’d by Haim sisters Alana and Estee, in tribute to Tom Petty only a few hours after he died. 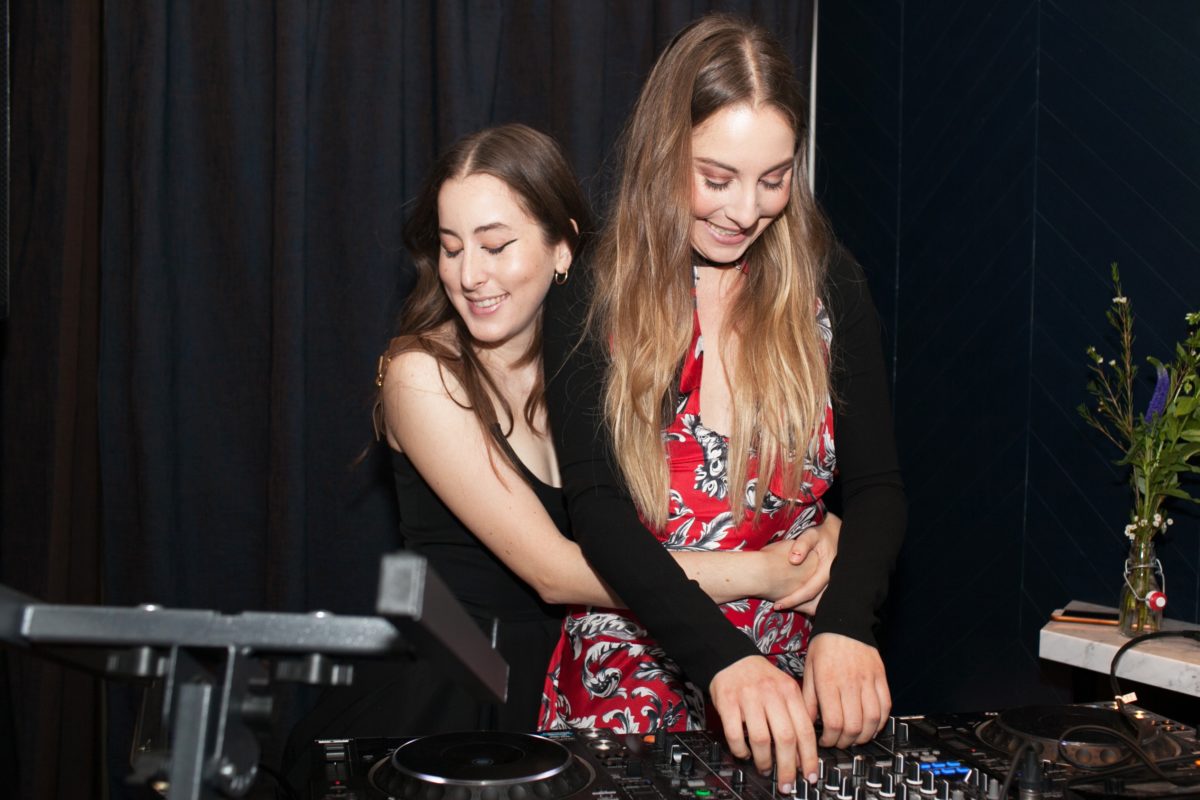 Haim sisters DJing on the last night of Chez Away. 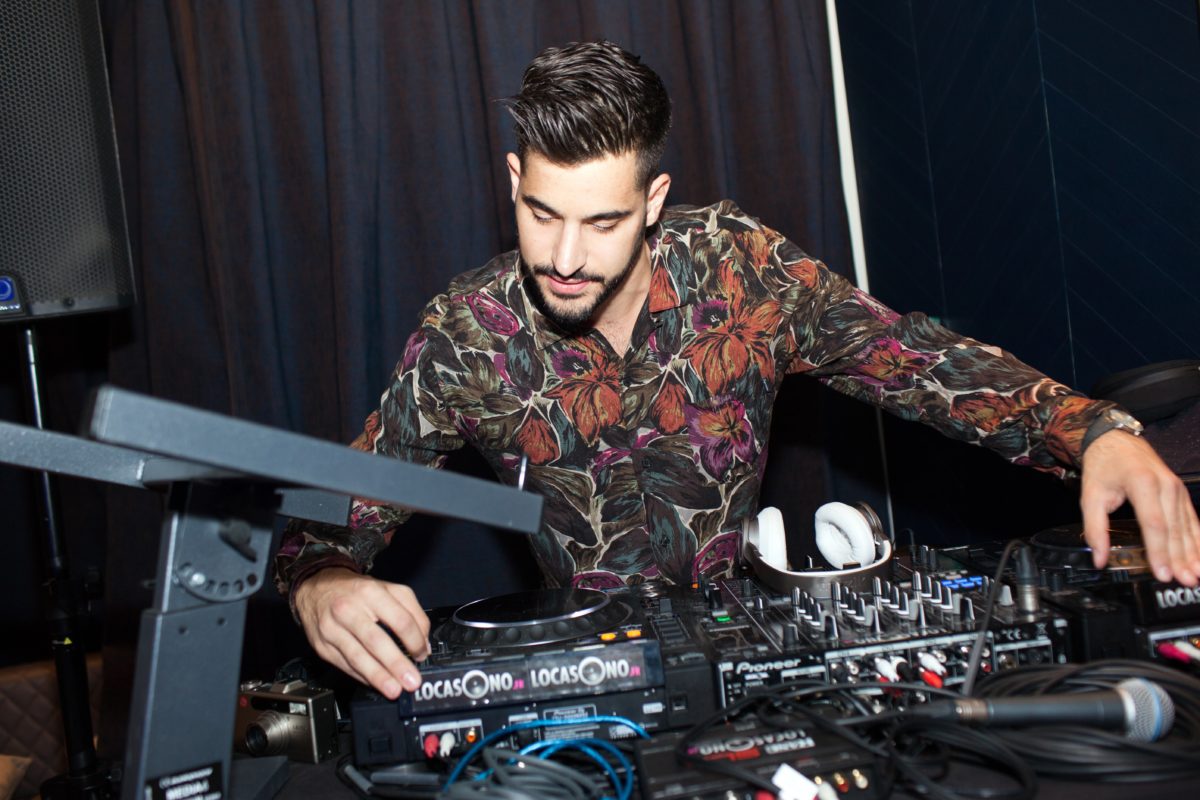 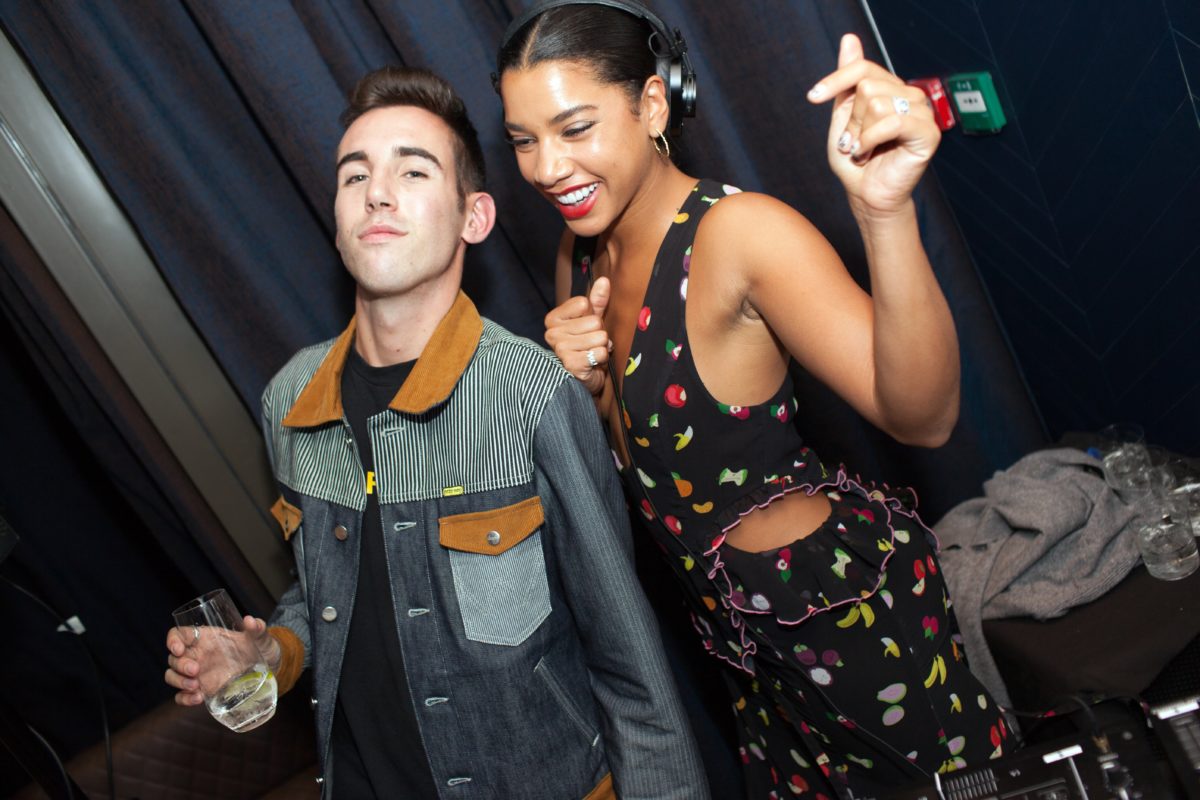