Welcome to Travel Crush, where we pine over places we’ve yet to explore, why they intrigue us so, and what we dream we’d accomplish once we get there. This week’s crush is Gruyères, Switzerland.

During a span of 24 hours, I can comfortably estimate that I think about cheese at least 10-12 times, and if cultural phenomena like the rising trend in cheese board influencers are telling, I think it’s safe to say that I’m not alone.

I think so much about cheese that, of course, my mind often wanders to Europe, where some of the world’s best cheeses are produced. France birthed brie and camembert; the UK gave us Blue Stilton and Cheddar; and we pay hearty respects to Italy for mozzarella, feta, burrata, and hundreds more.

But today, I’m high-tailing it to the homeland of my all-time favorite cheese: Gruyères, a small town in the Gruyère region of Switzerland’s Saane Valley. 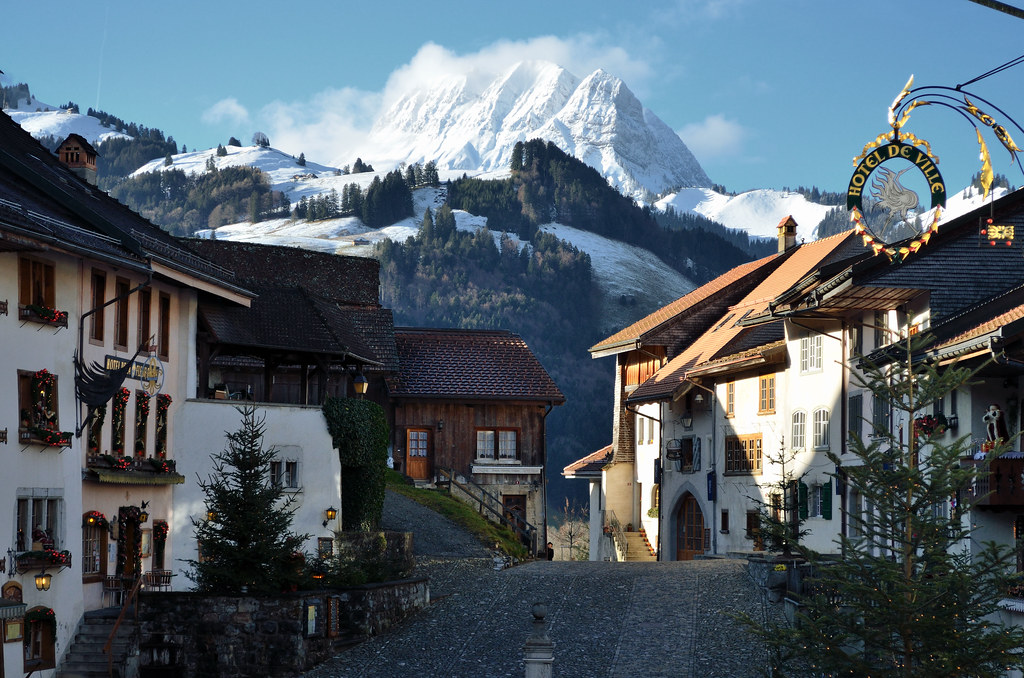 The town of Gruyères, in Switzerland's Saane Valley. 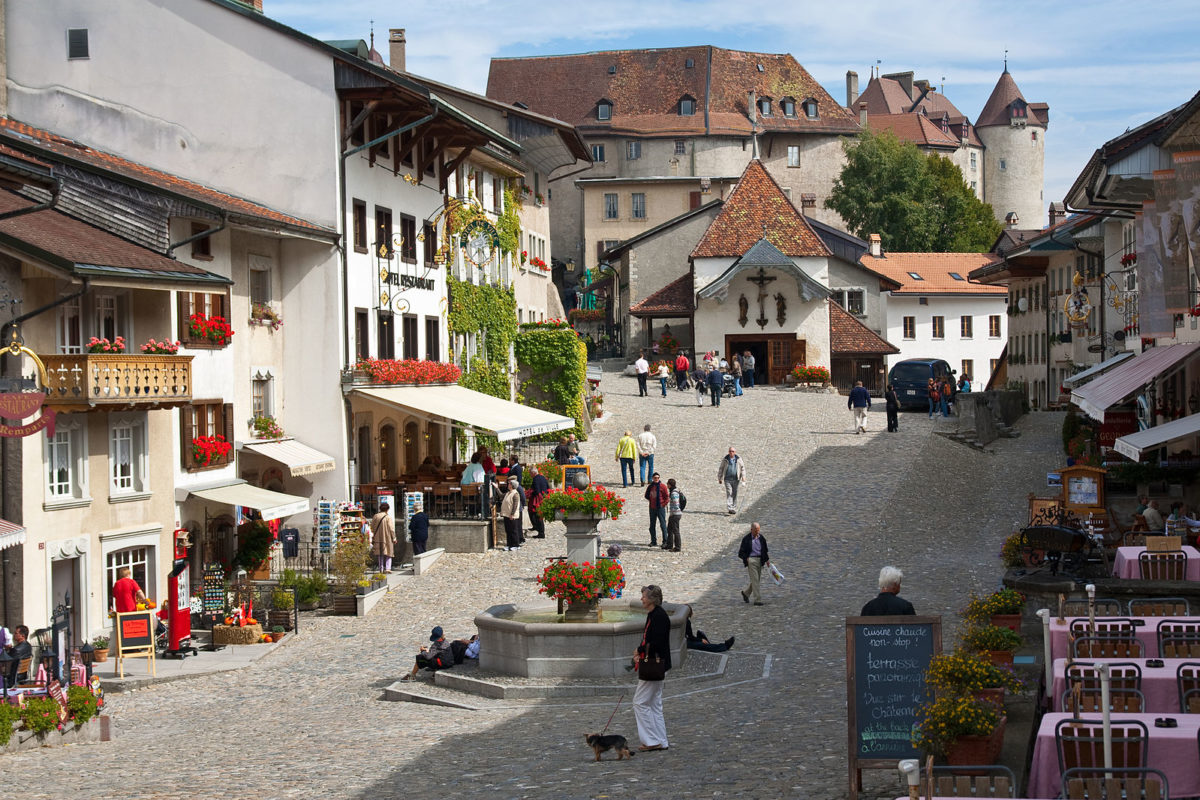 The medieval town is home to just under 2,000 people. 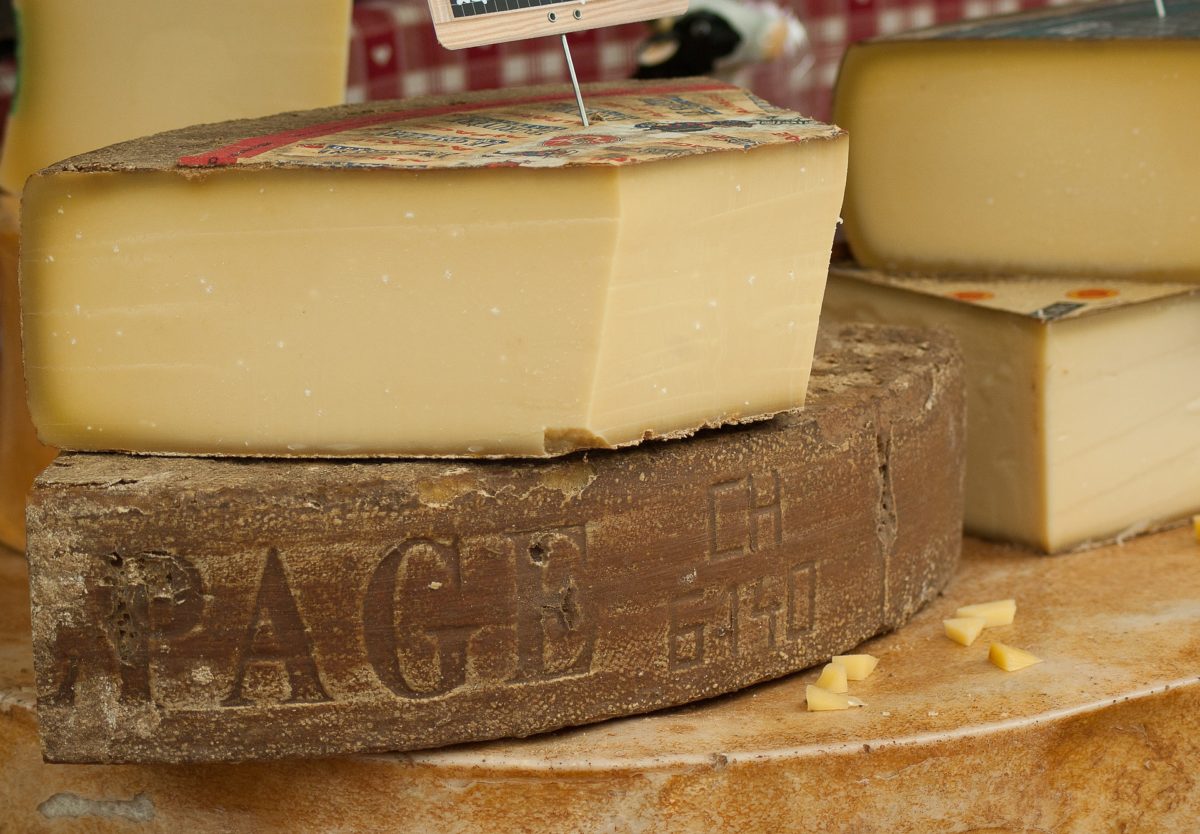 Gruyères's namesake cheese is sweet but salty, with a nutty, earthy flavor and crumbly texture.

Switzerland is a must-visit destination for cheese fanatics. In 2017, the Swiss consumed nearly 49lbs per capita of the stuff (compared to Americans’ measly 37lbs)—and if you’ve ever gotten a taste of the crumbly, creamy, nutty cheese Gruyères is famed for, then you certainly understand why. The entire region has been reveled for its namesake cheese since the 12th century, and production has since expanded into the surrounding areas (at this point, the hills are alive with the sound of my growling stomach).

But look closer. While Gruyère may be the big cheese, it’s not the only thing that’s got me obsessed. The town dates back to medieval times, built beneath the fortress Château de Gruyères by a 13th-century count. Along with cheese, the region specializes in a number of other tasty treats like chocolate, jam, and meringues. In other words, a trip here means immersion in a fairy-tale village, the cascading hills of the Swiss Alps, and all the fromage and sweets my gluttonous little heart could desire.

Cheese, chocolate, and medieval charm. A note to my future self: No, you haven’t died and gone to heaven; you’ve just landed in Switzerland. 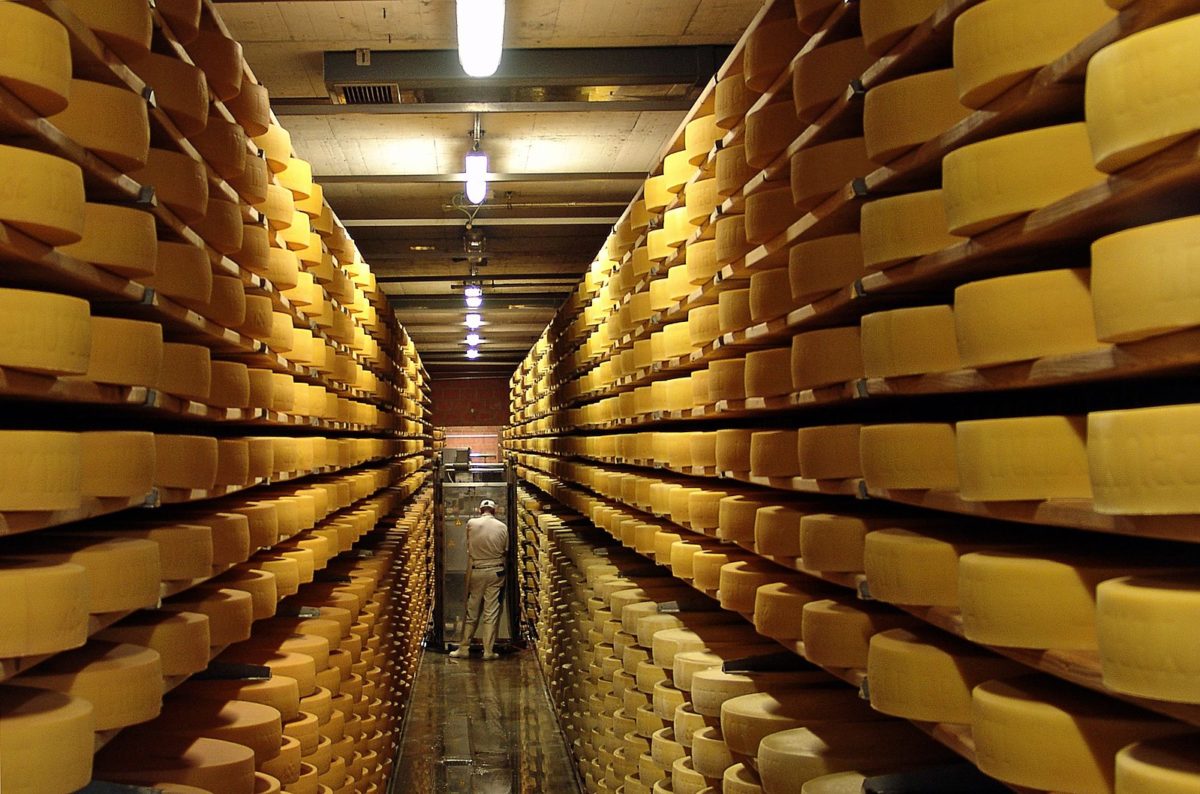 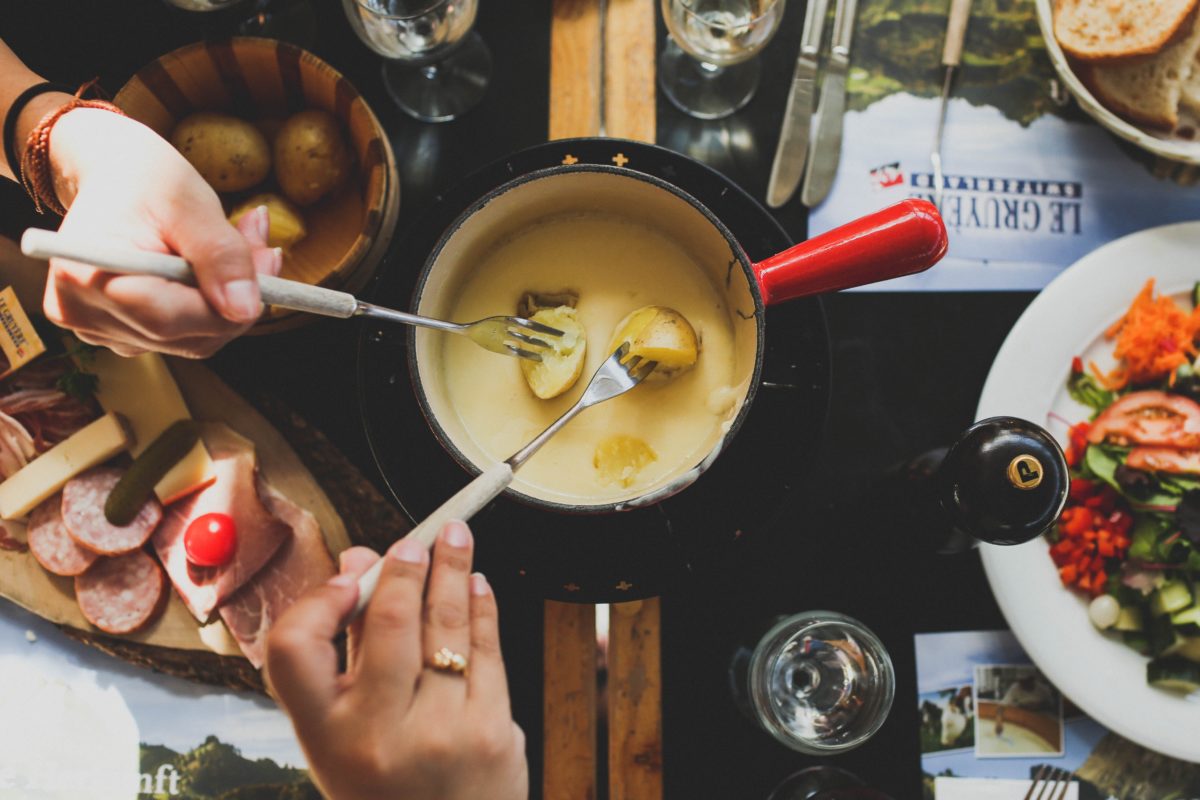 Gruyère fondue is an absolute must. 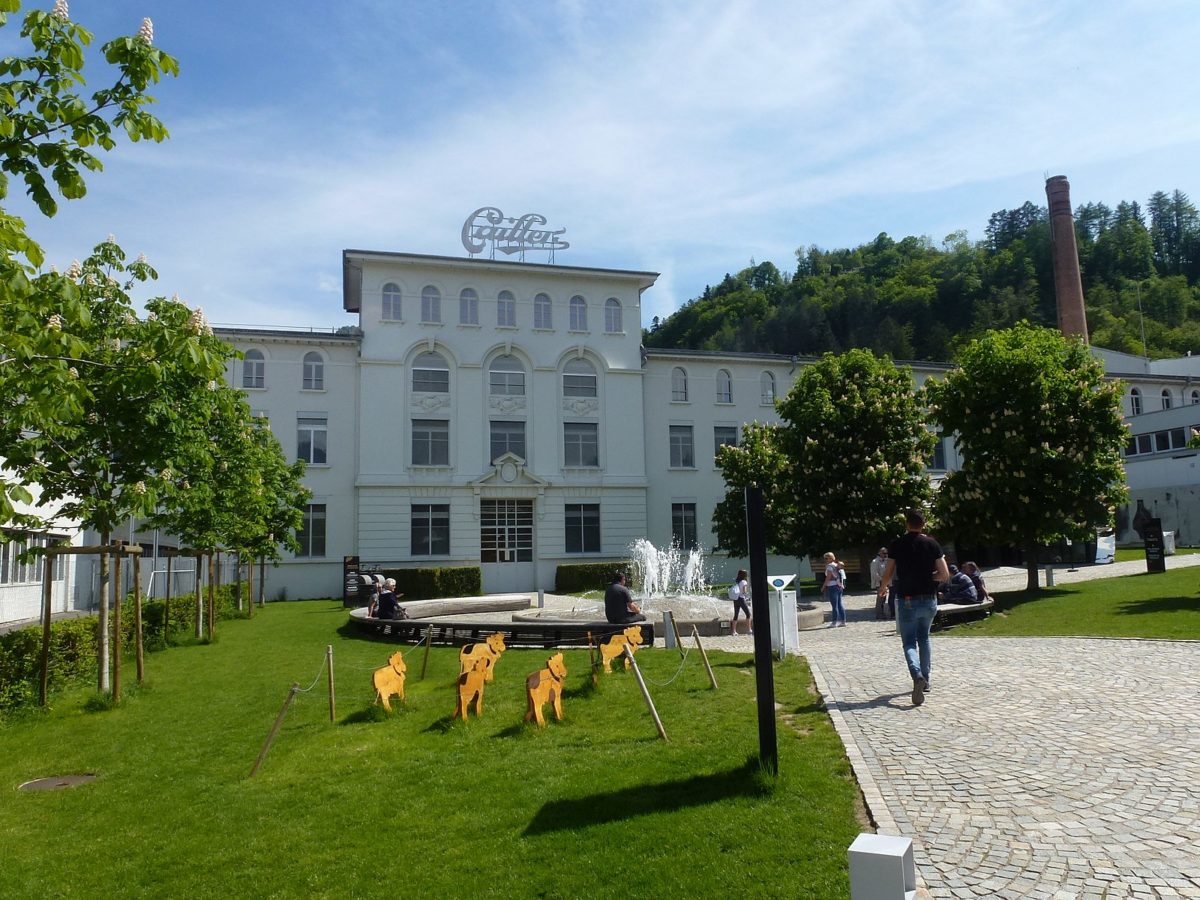 If you’ve read this far, the choice should be obvious. First stop: La Maison du Gruyère to watch the masters at work, followed by fondue or raclette at Le Chalet de Gruyères. But wait, there’s more! Once I’ve had my fill of cheese (unlikely, but not impossible), there Gruyères’s sweets to try—in particular, a quick trip to nearby Broc for Maison Callier’s famous chocolate. 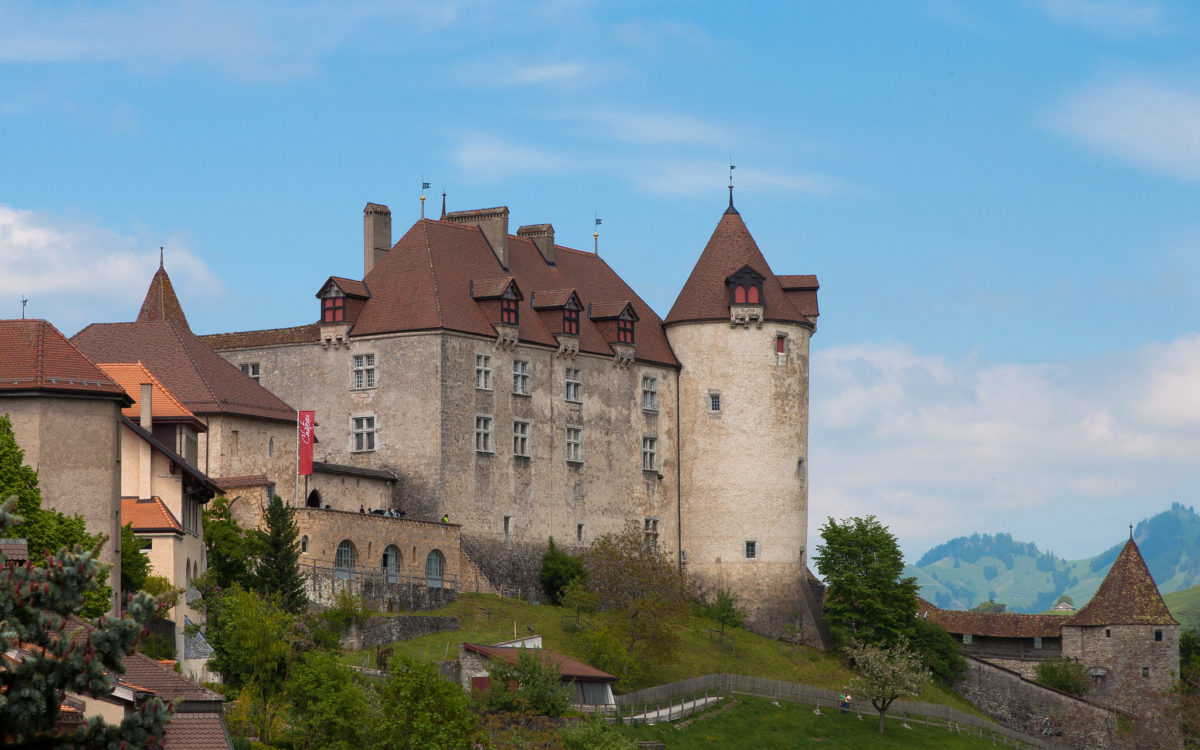 Built in the 13th century, Château de Gruyères overlooks the town and the mountains beyond. 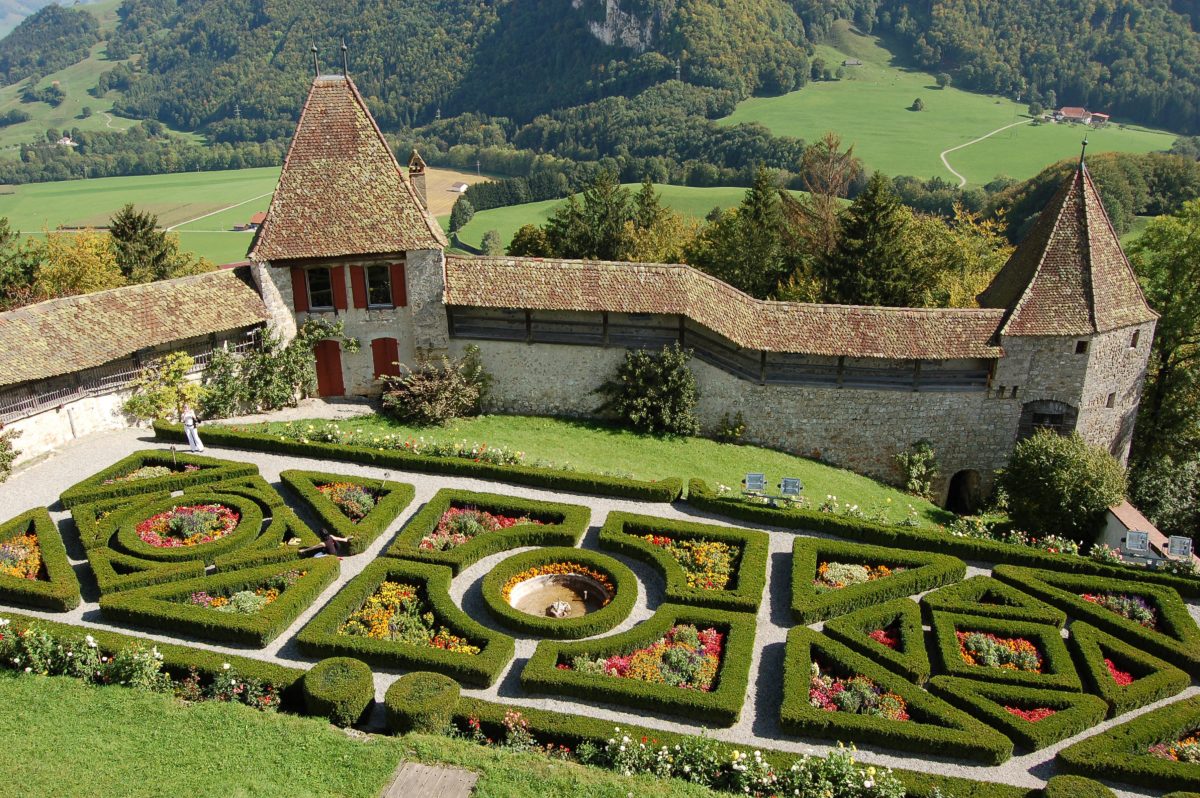 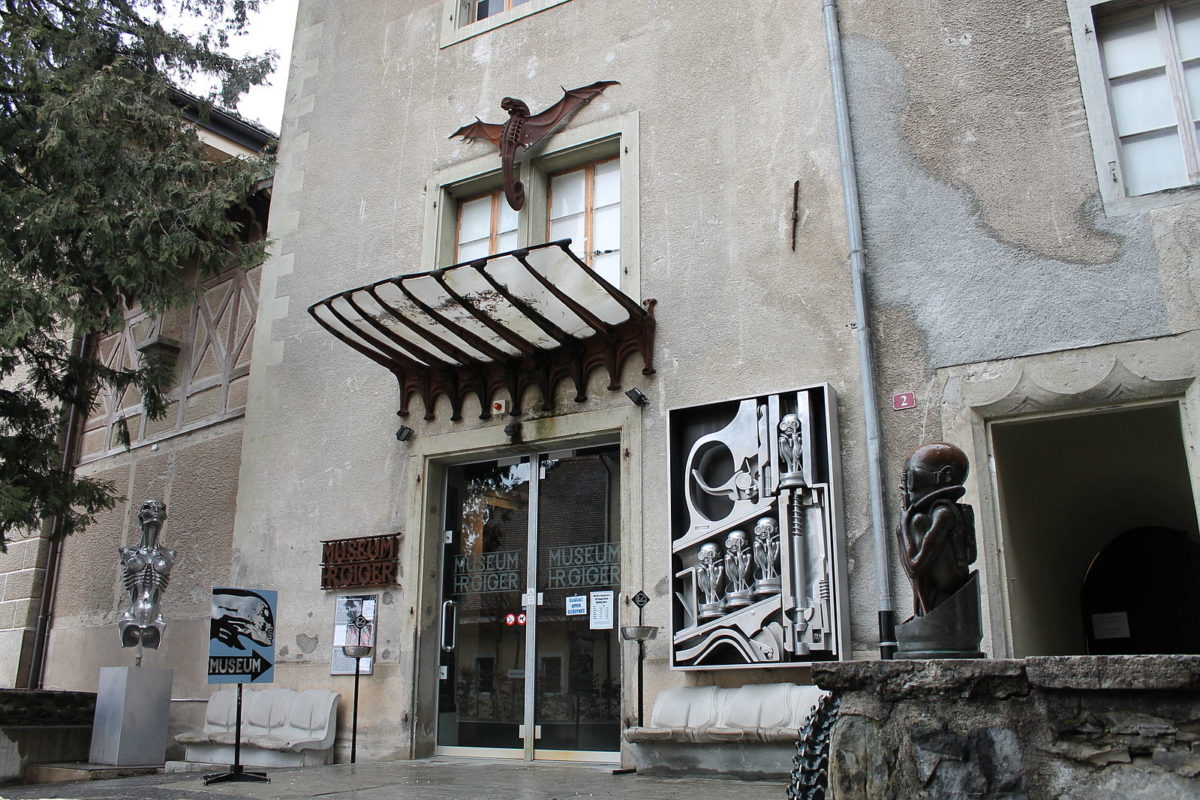 Visit the H.R. Giger Museum for a quick sci-fi break. 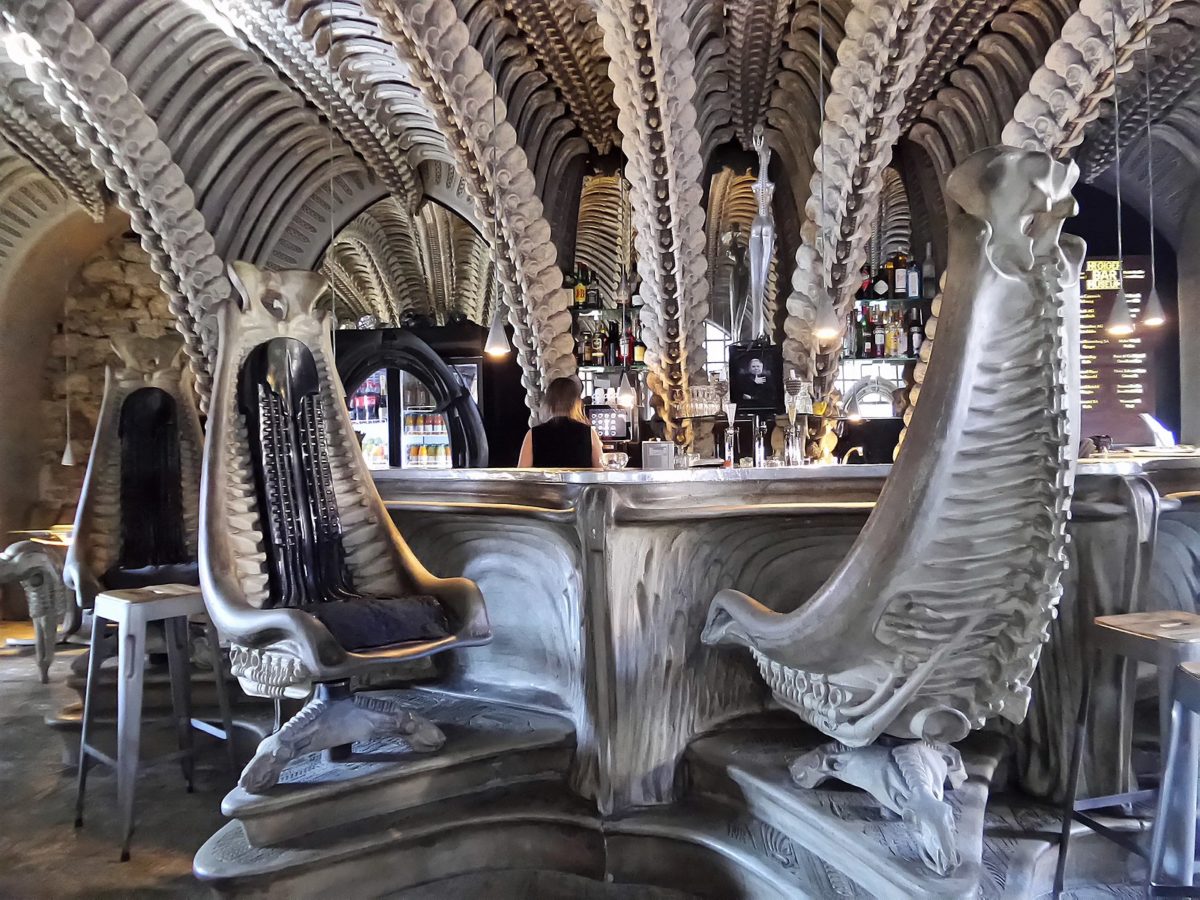 Don't forget to stop inside the eerie Giger Bar.

When nearly every hotel in town has unreal countryside views, it’s difficult to pick just one. But if I had to choose, it’d be the charming, family-owned B&B La Ferme du Bourgoz. It’s just a ten-minute walk from the town center, has views of the castle, and serves a farm-fresh breakfast every morning.

Of course, there are cultural landmarks like aforementioned Château de Gruyères to visit—but instead, I might head to the official museum of H.R. Giger, the artist behind the Academy Award-winning special effects in Alien, which also happens to be located in town. Certainly a departure from the fairytale aesthetic, but there’s nothing wrong with a little sci-fi break.