"Utopia or Bust" by Phillipa Horan, on display at Fastnet. All photos courtesy of James Powers/Fastnet.
SnapshotAlexandra Pechman

In 1985, the year before Irish-American artist James Powers was born, a 150-foot freak wave struck the Fastnet Rock Lighthouse in Ireland.

Growing up on the country’s coast, Powers was fascinated by the structure, built in 1984, and its history as one of the last scraps of European land seen by Irish boats bound for America.

When he lived in Cork, he could see it from his bedroom window. The historical lighthouse served as the inspiration for Powers’ Red Hook studio, Fastnet, a converted shipping container that holds small-scale exhibitions, billed as New York’s only waterproof art gallery. A few years ago, Powers, who works for artist Mel Bochner, and previously ran a small gallery, was searching for a new studio, but rapid gentrification outpaced his means.

“I was tired of trying to find a studio in Brooklyn, it was a rat race,” Powers says. On a stroll through Red Hook, he found a parking lot near the shipping dock with unoccupied spaces. Simultaneously, he had been researching what a shipping container might cost, since his own work deals with oceanography and industrial materials. Combined with rent on a parking space, Powers discovered that the shipping container solution to his real estate woes required only a modest investment. 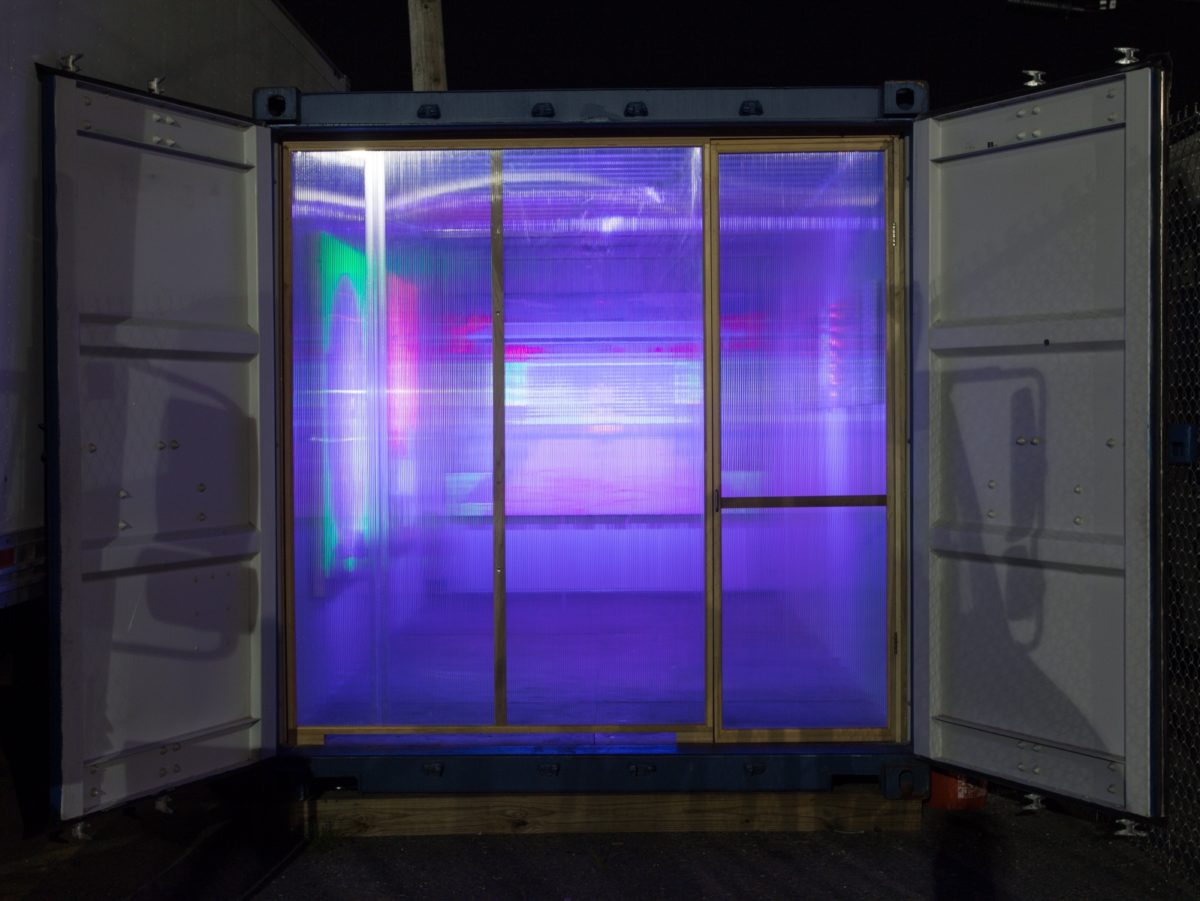 From "Empire of the Moon," an exhibition by Ricardo Harris-Fuentes about shamanism and beliefs surrounding health and wellness. 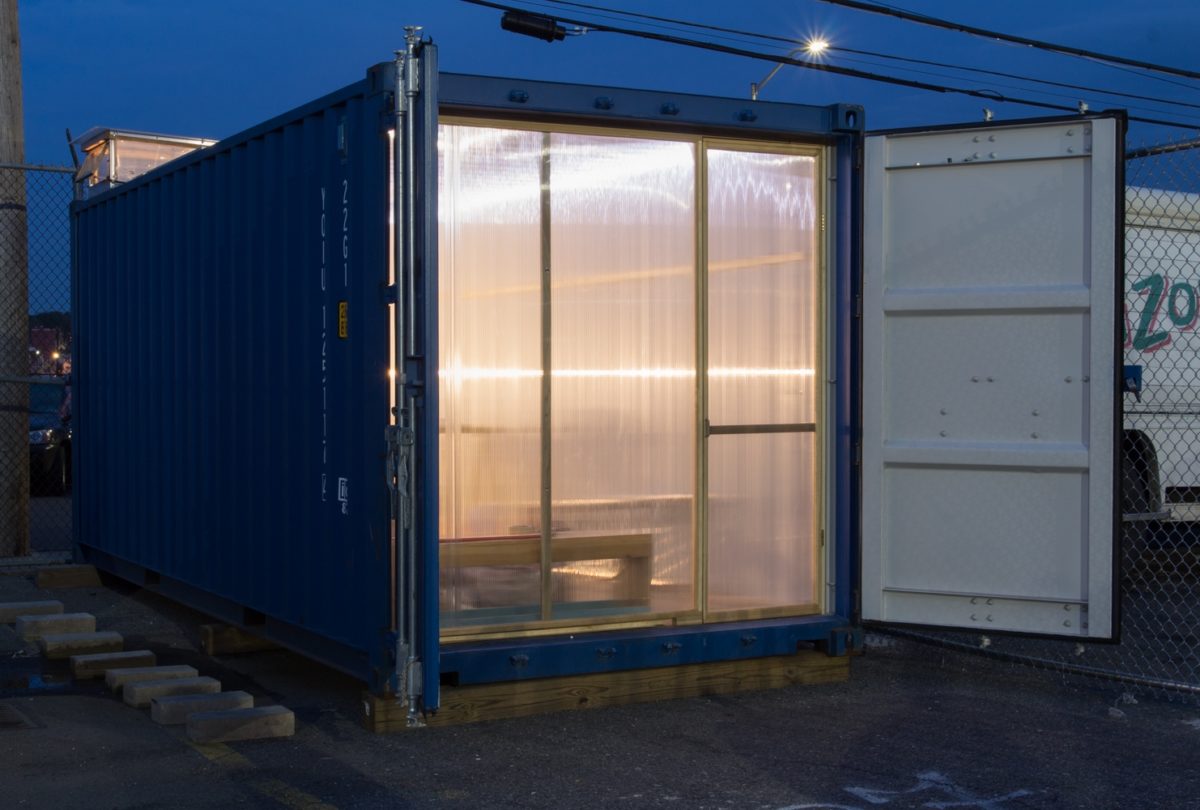 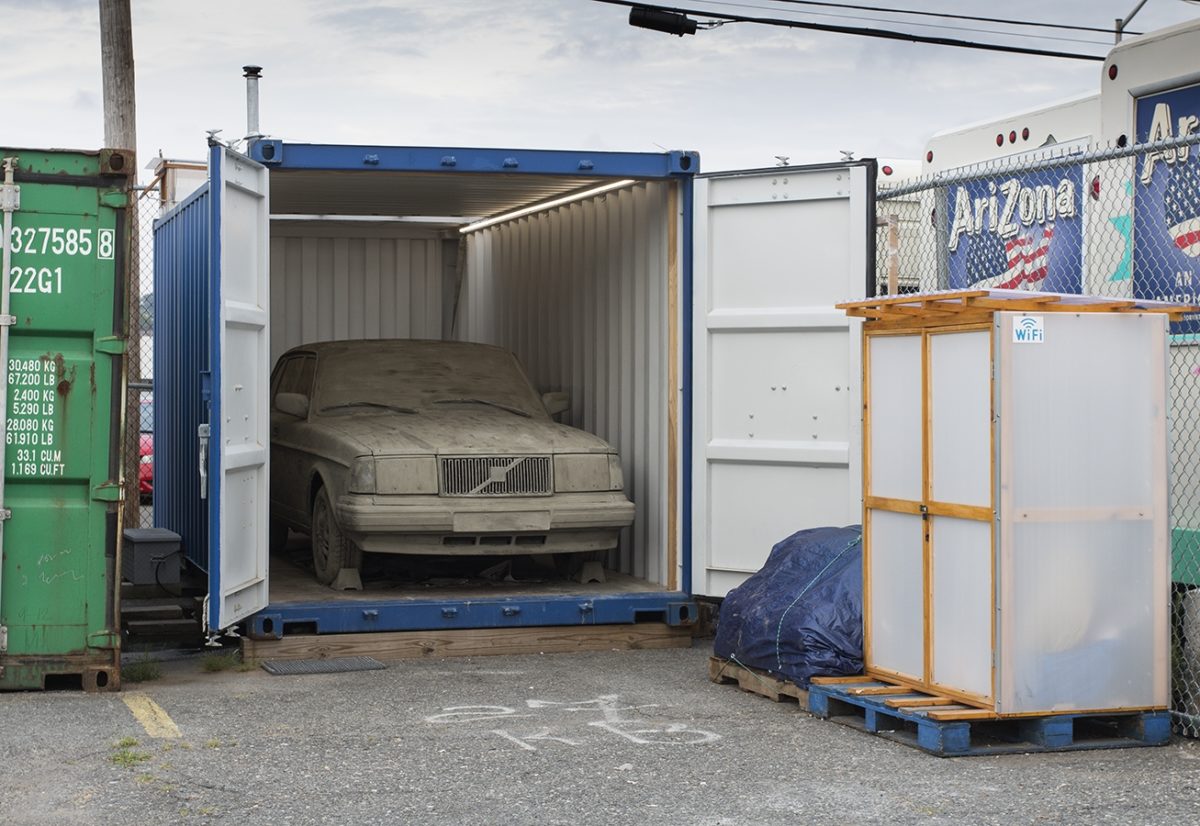 Powers purchased a one-way container—the kind that makes a single trip from China to the U.S.—and retrofit it with a skylight and doors. He found dual purpose in his new studio, staging exhibitions by friends, collaborators, and other innovators. The moniker Fastnet not only pays homage to the lighthouse from his childhood, but also nods at how the project “straddles various environmental and capitalist conundrums,” according to the mission statement, as a cast-off piece of the globalized economy that also draws attention to the ocean and its changing climate.

Past exhibitions include “Container Container,” organized by Yoshie Takahashi, with ceramic and ikebana artist Marc Isaacs, and a collaboration with scientist Mollie Thurman to build oyster traps as part of the Billion Oyster Project to restore New York Harbor’s ecosystem. Lately, Fastnet has been on the move. It is, after all, completely portable (fitting snugly on the back of flatbed truck). Powers recently took the container to Jersey City for for an exhibition curated by Phong Bui, a friend and director of the Brooklyn Rail. In the spring, the project goes to the Freshkills in Staten Island for a plein-air drawing workshop, hosted by the Freshkills Park Alliance.

Once the world’s largest landfill, Freshkills is undergoing its own transformation with solar energy fields and park land. “It alludes to politics with a bit of humor,” Powers says, noting the gallery was once located in a designated flood zone. “I don’t want to be pontificating in a parking lot. But we do things about existing in the world, in a political climate.” 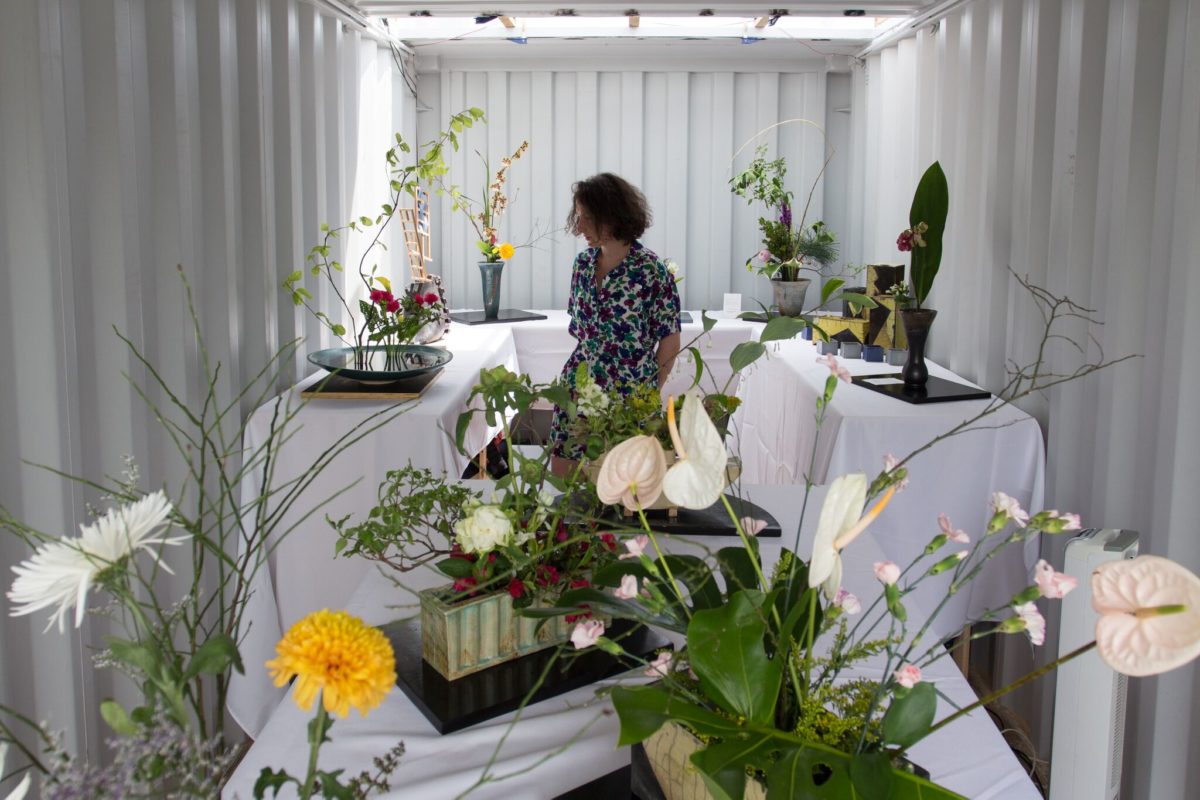 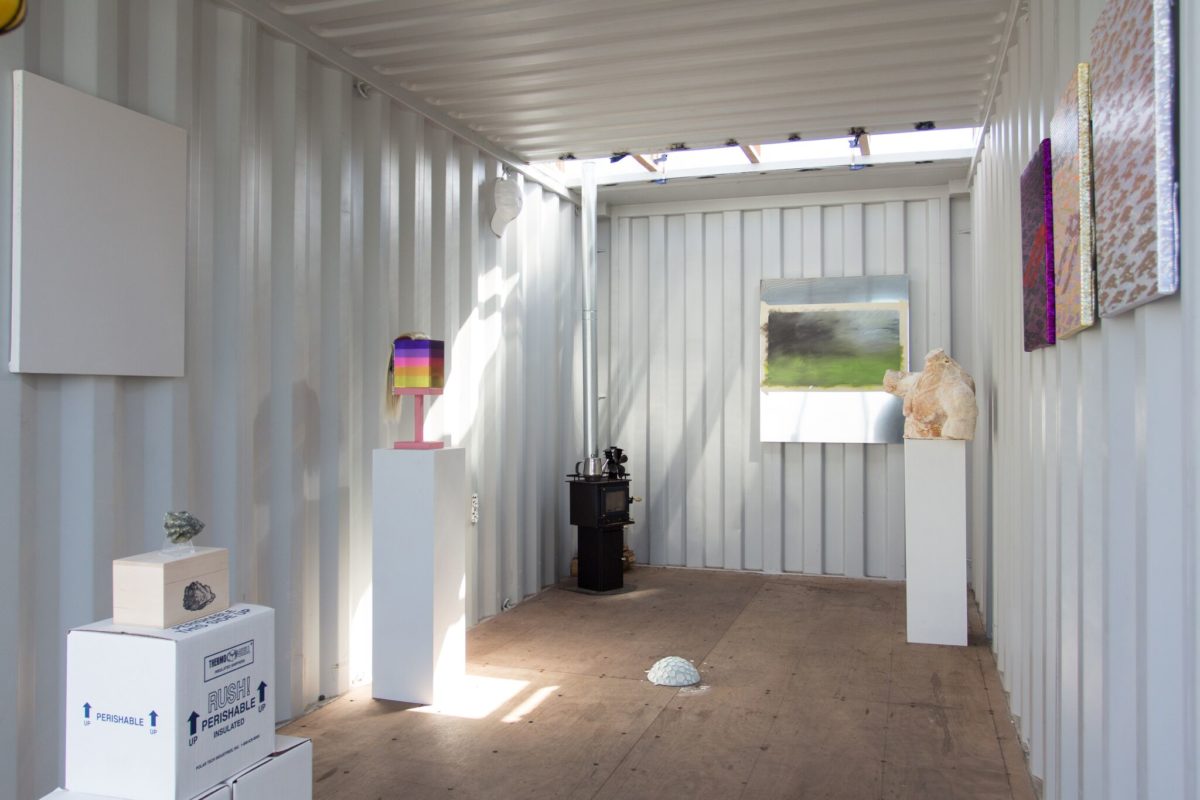 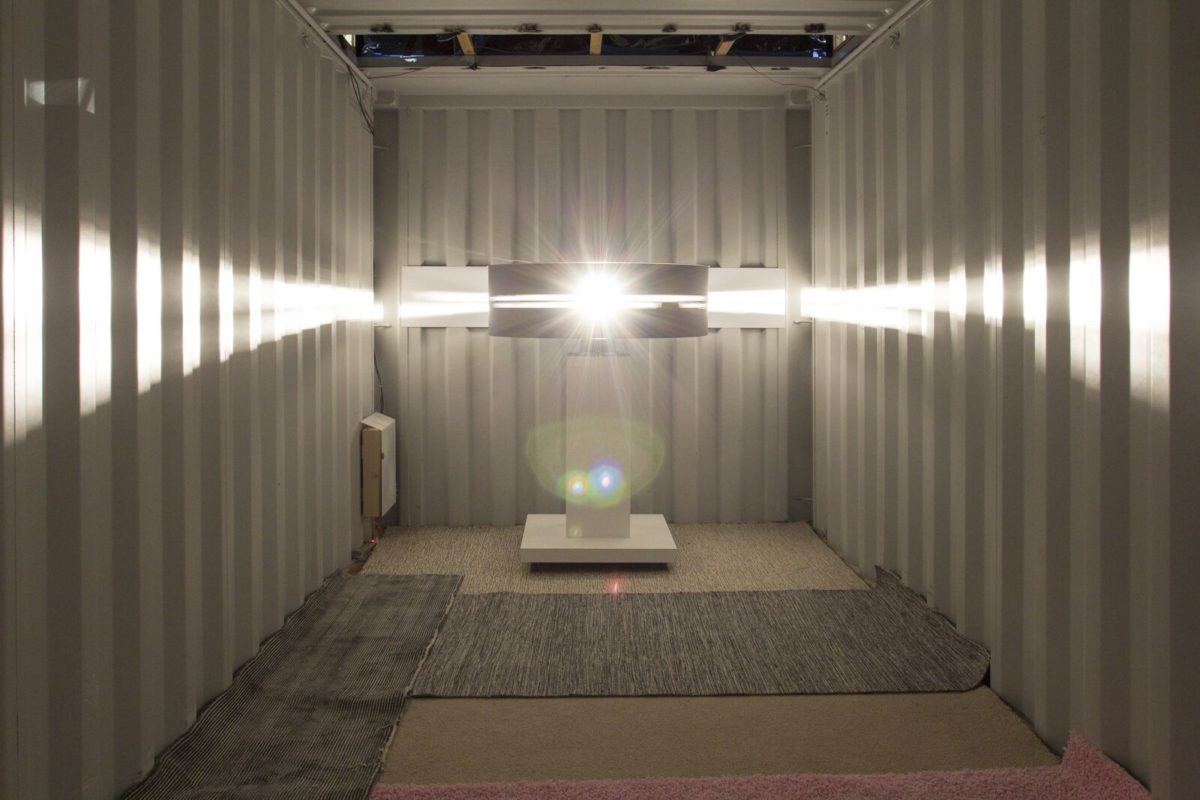 "SpinDrome" by Winslow Smith is inspired by an early amusement park ride, "The Rotor."