How Musician Ezra Furman Keeps the Faith on Tour

“I like finding unmarketed stuff, you know?” musician Ezra Furman tells me. We’re lounging on a leather couch at Urban Cowboy, a boutique hotel and hidden treasure in its own right, nestled along an unassuming block of apartment buildings in Williamsburg—the perfect place to speak to someone who loves finding diamonds in the rough. “It’s how I approach everything: just trying to search for the thing that you have to look a little harder for.”

Furman has a true knack for treasure hunting. It’s what grounds her when life on tour gets hectic, whether she’s searching for synagogues on weeknights (she practices Judaism diligently) or seeking out charming narrow streets to explore during much-needed alone time (they’re her favorite feature of European cities).

Following the release of her new album Twelve Nudes on August 30th, the songwriter will embark on yet another tour through U.S. and Europe. But no matter how much time she spends on the road—and in a career spanning over a decade, there has been plenty of it—she still finds that the little moments of discovery always make the journey worth it. Here, Furman shares her packing essentials, describes the difficulties of being a religious musician, and makes the case for being a “bad tourist.” 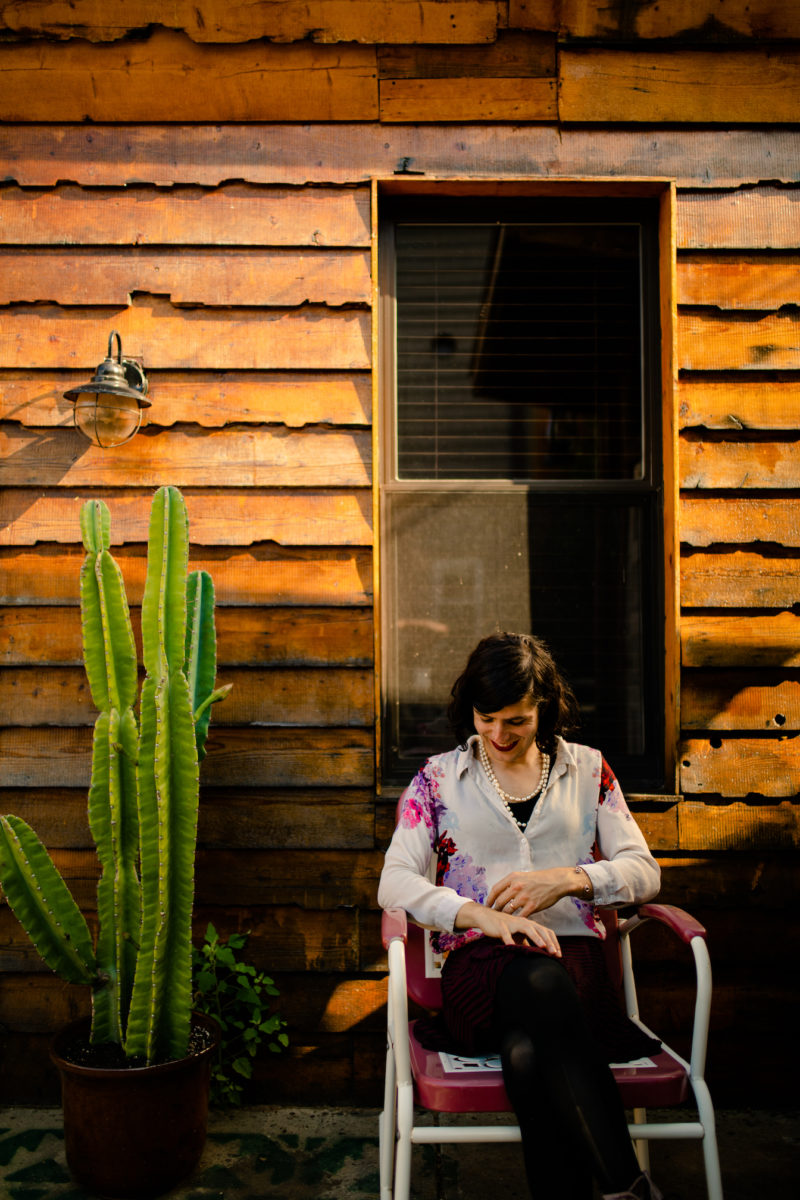 After the August 30th release of her new album, Twelve Nudes, Furman's
tour will take her through North America and Europe. 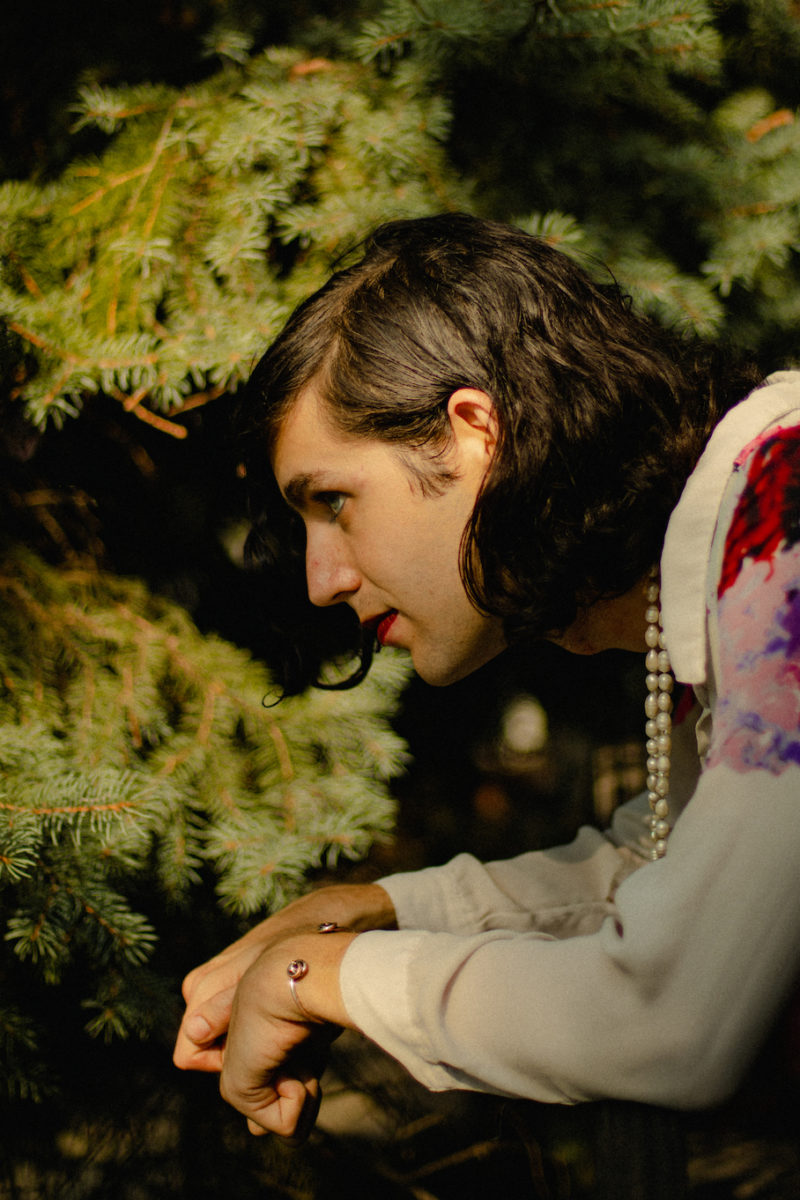 "Every time, it still throws me for a loop to go on tour." 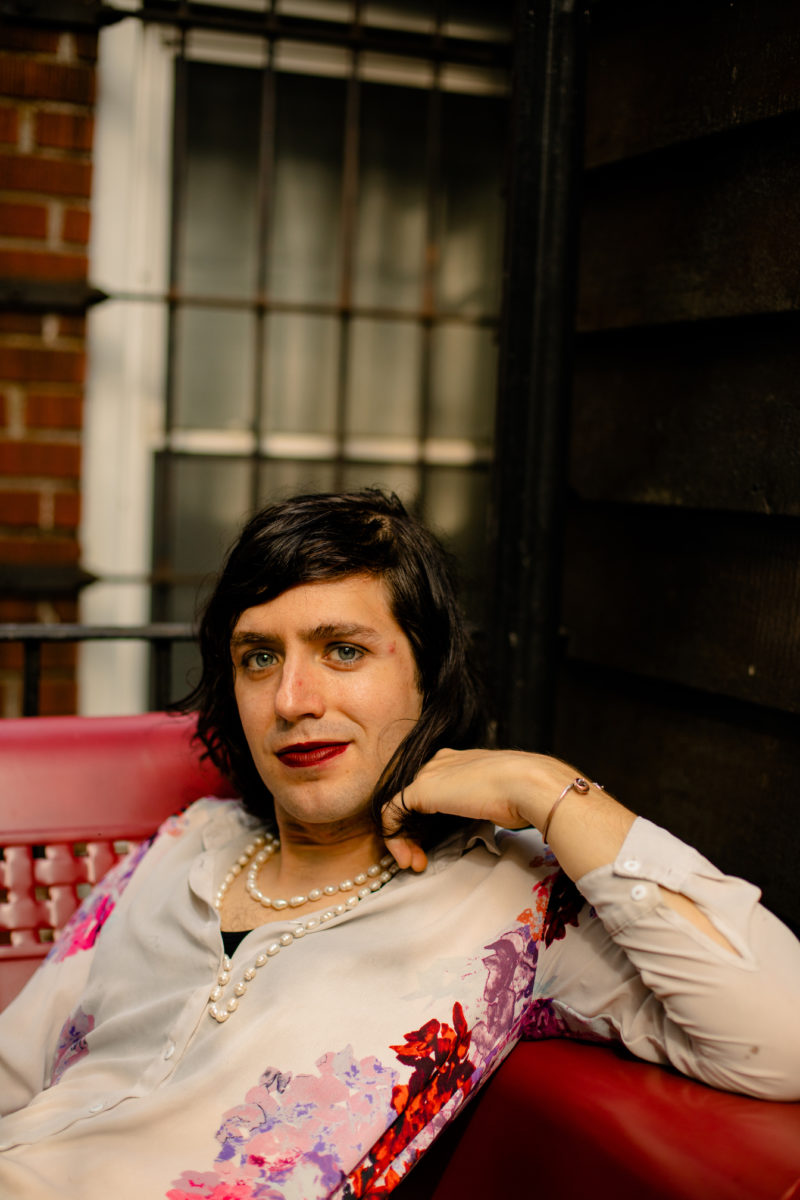 "It’s good to wander away for half an hour and pretend you’re just traveling, not working."

Every time, it still throws me for a loop to go on tour. It’s so disorienting and you don’t settle—you keep moving, and it feels like you’re moving even when you stop. Touring is not like other kinds of travel because you barely get the chance to see anything. You’re in some amazing place, like Prague, and you’re there for 18 hours total, including seven hours of sleep and being at a bar you can’t really leave because you’ve got to do something, and then wait a little bit (but not very long) and then do something else. 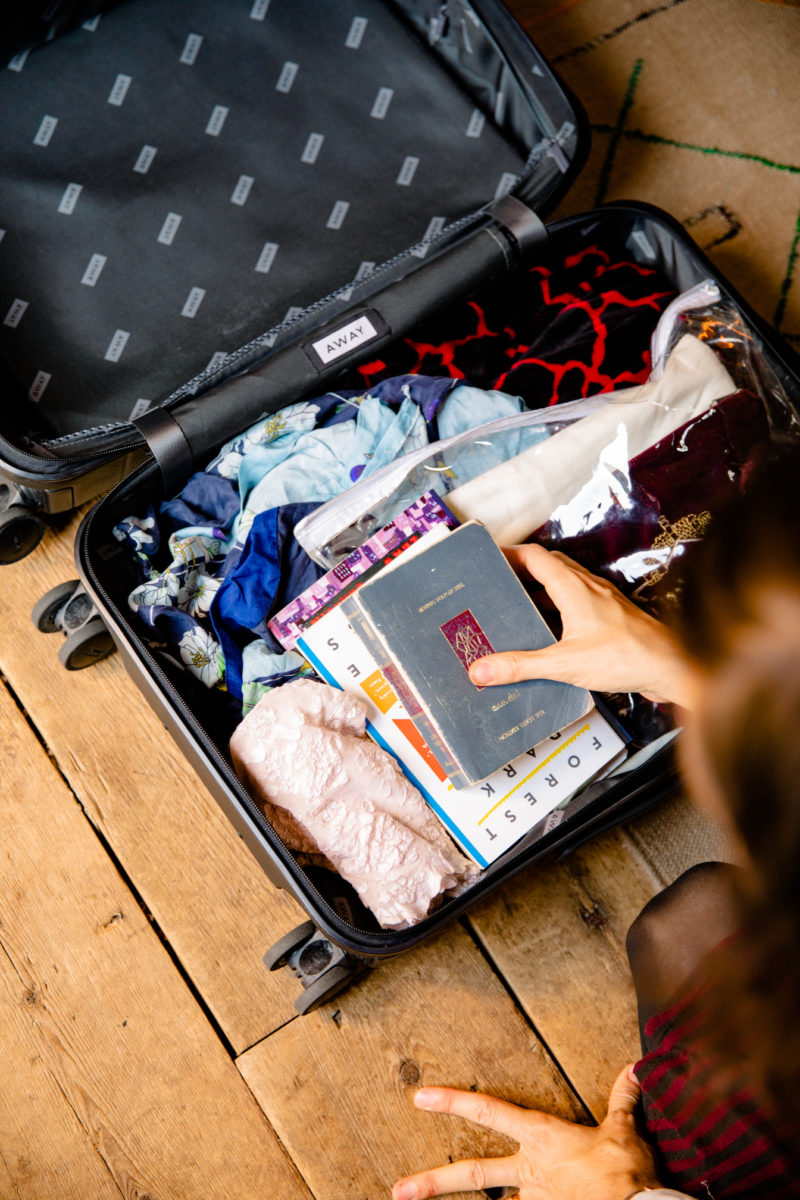 In Furman's Away Bigger Carry-On: vintage finds like a giraffe-print duster coat and floral gowns. 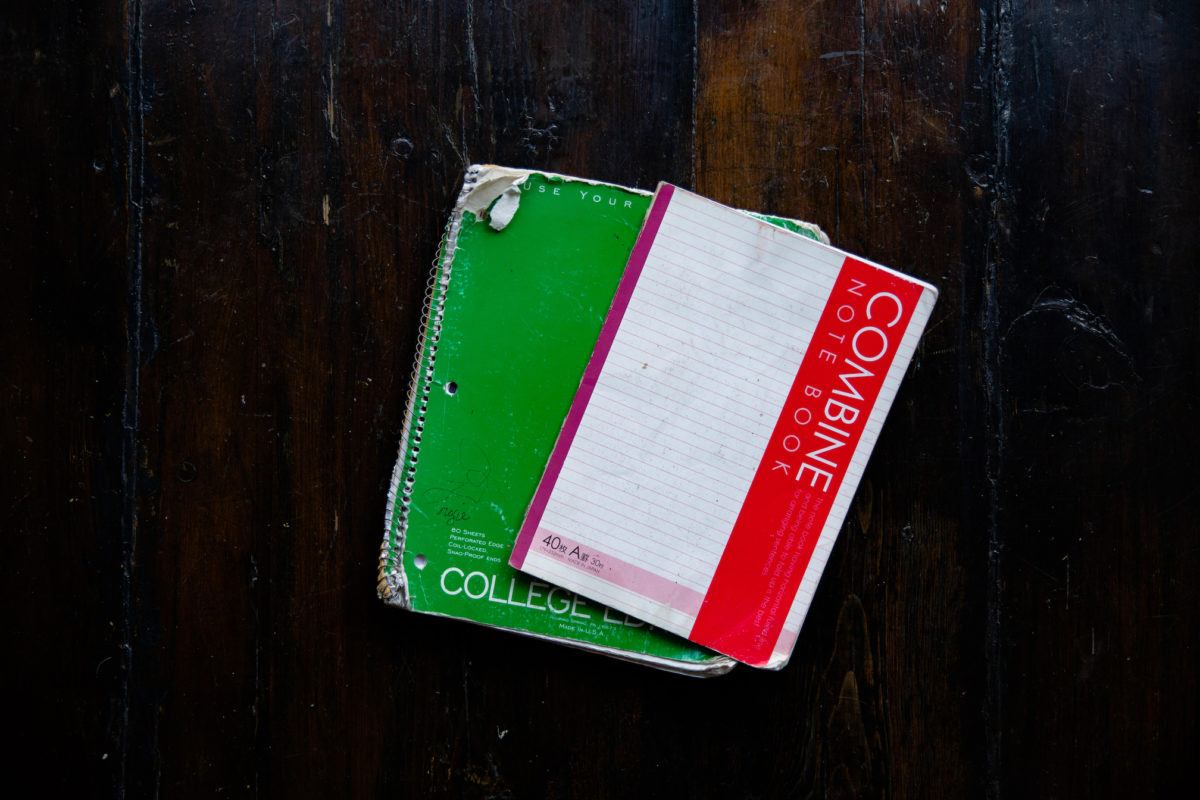 "I’ve got a black journal for keeping a record of my life; a green notebook—a lot of scribbling or taking notes; and this red and white notebook, which is sort of like a creative writing notebook." 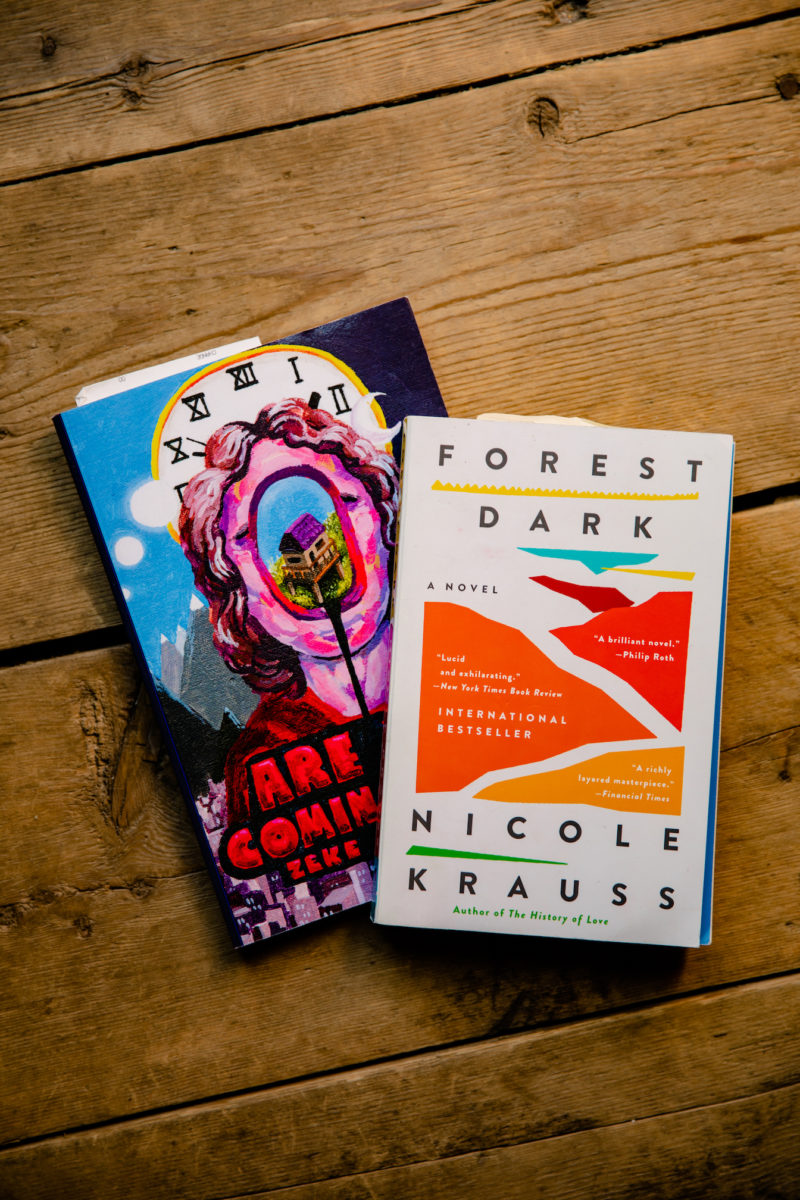 “I always bring books. It’s fiction lately. Nicole Krauss won my trust based on other things
she’s written, and this is a book by my friend, Zeke Gerwein.” 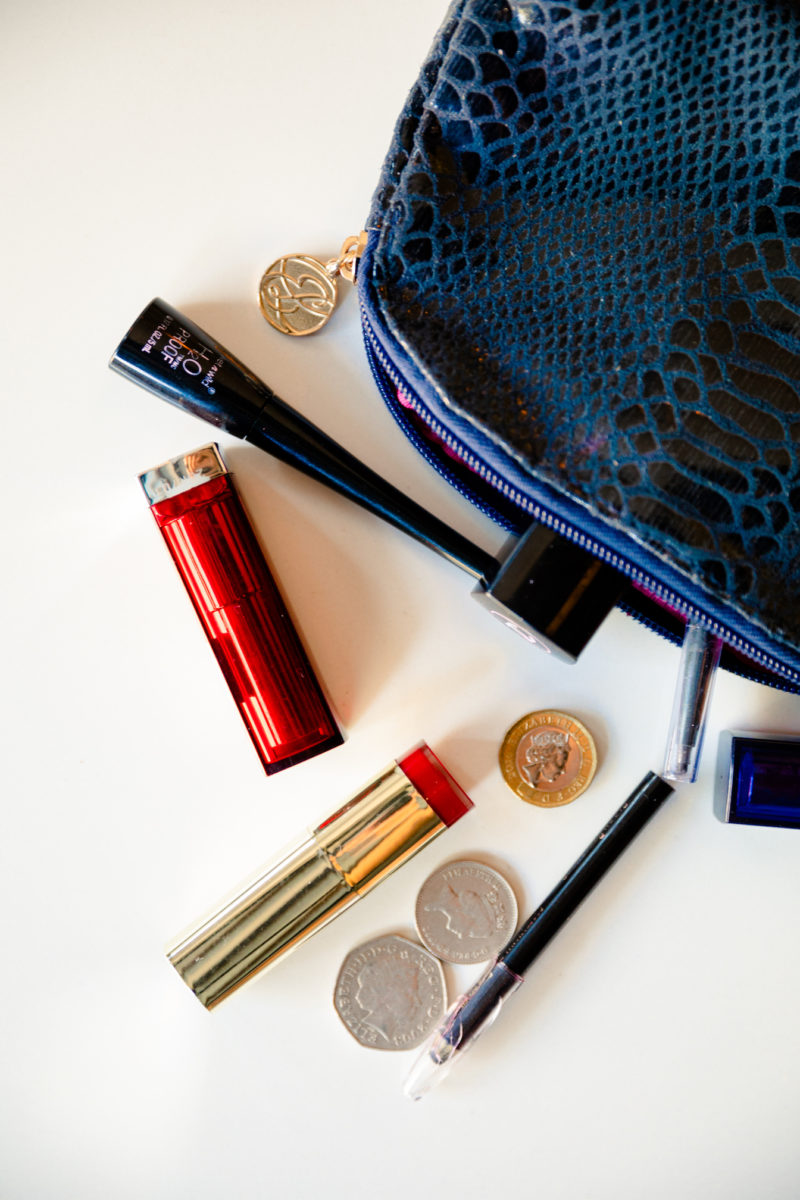 I’m a big fan of walking around and just looking at things. I’m not a good tourist. I don’t find the interesting stuff or cool things to do because I’m entertained enough by just seeing what the shops look like. Stuff that’s unadvertised, and you feel like you found a little secret. We’re being marketed to constantly, and it’s nauseating, so when you can find something that you love that didn’t come to you by a company being like, “You would love this!”—that’s nice. It sounds romantic, but it’s usually stopping by a fucking Sbarro and a really uninteresting alley!

I played three of the same festivals one summer with Greta, the lead singer of Frankie Cosmos, and I think that’s when we really became friends. She had brought this incredibly soft stuffed rabbit, and she’s like, “This is my comfort animal. You don’t have one? You need one. You’re on tour.” So she got me a very small one—the size of my fist—a little round pig, which we named Jen, and I take Jen around with me to comfort myself. But I think just deciding that you’re going to have something with the purpose of making you feel better is more important than what that thing is. 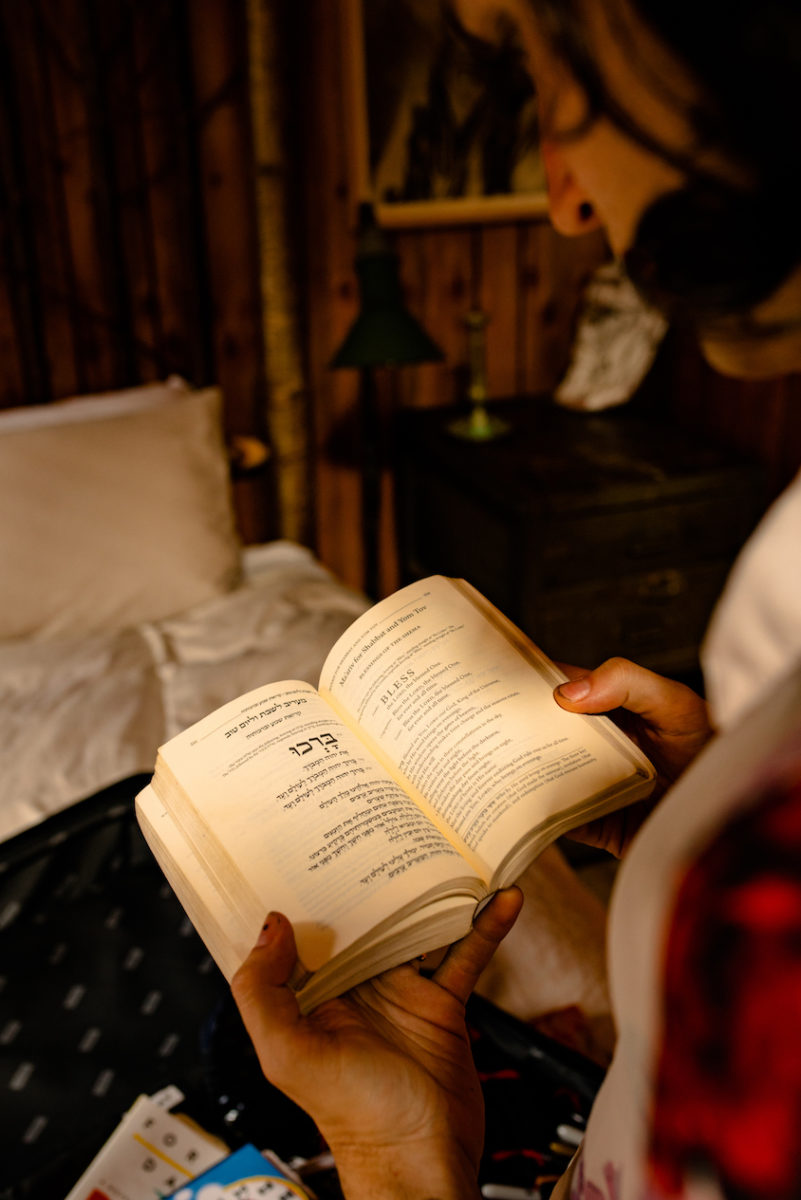 "I usually look and try to find a synagogue or somebody’s house to have dinner at,
and it’s amazing—the hospitality of strangers," Ferman notes about finding Jewish communities all over the world. 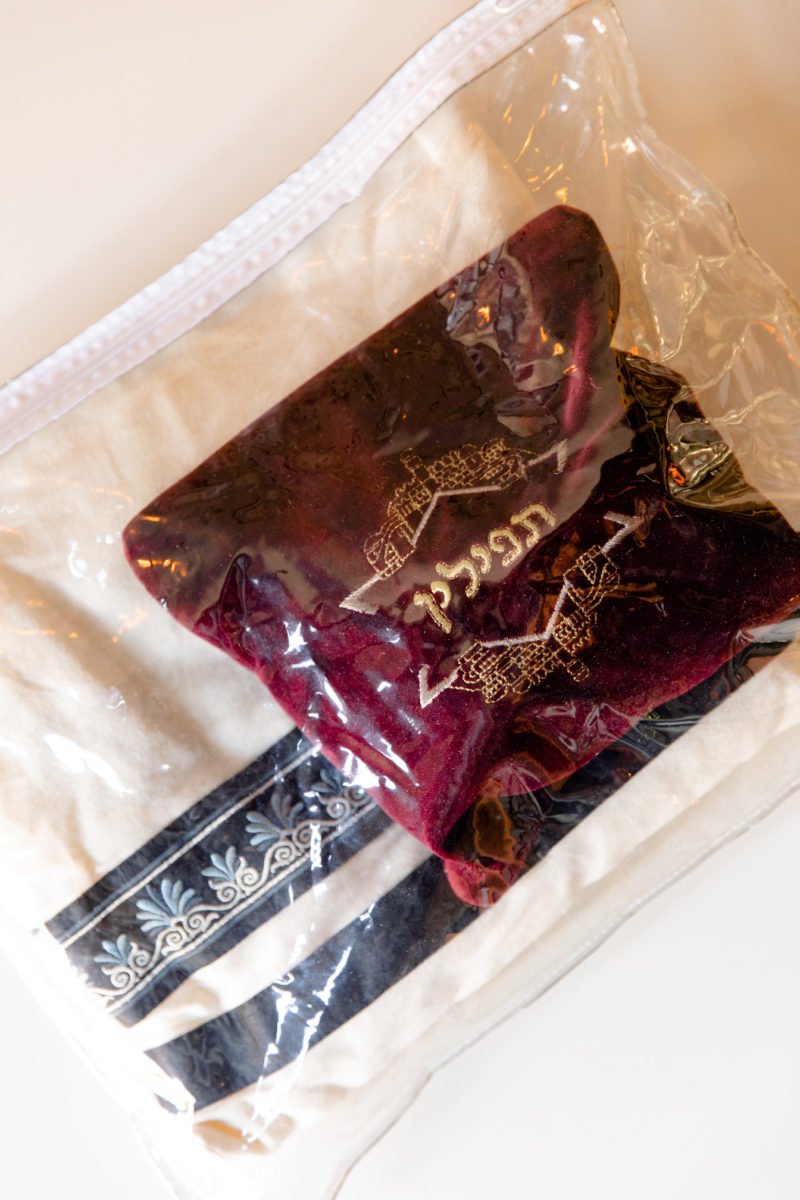 "These are Jewish ritual items—tallit and tefillin, also known as a prayer shawl." 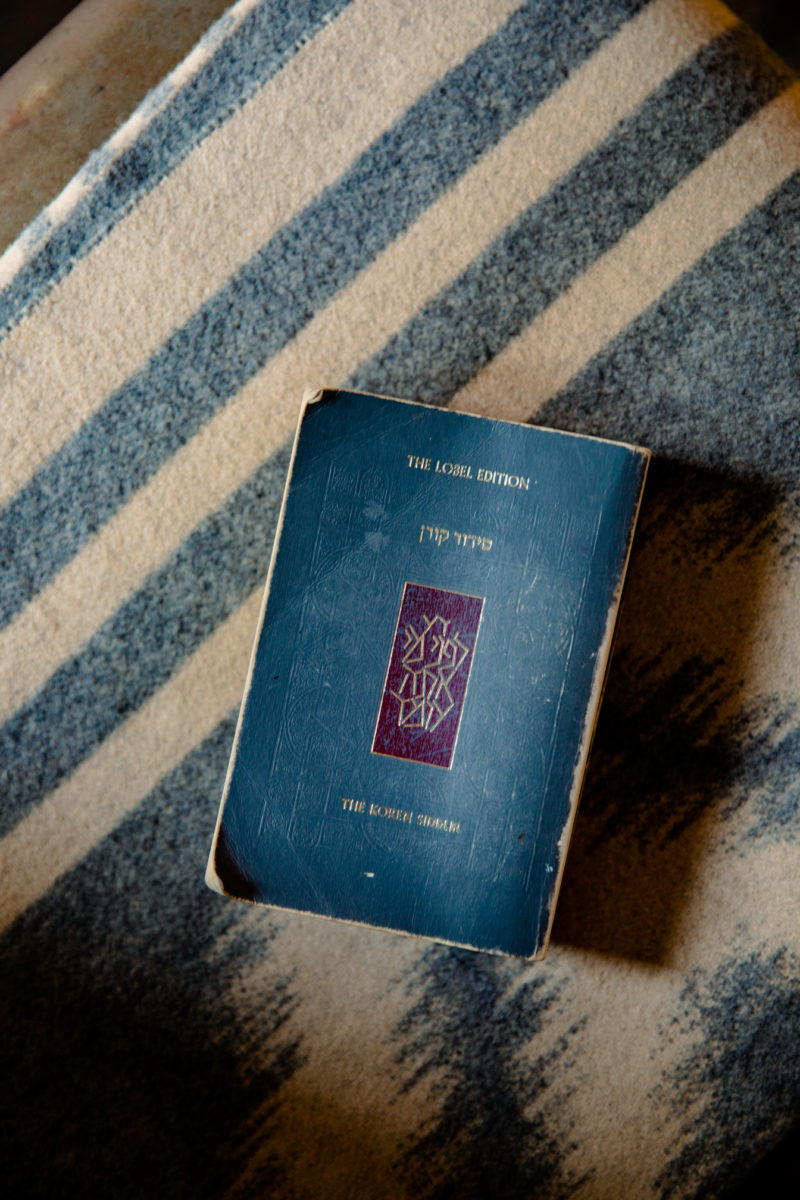 "We have a prayer book, the Quran Siddur, which I use for daily or near-daily prayer. "

It’s a culture clash I guess, but everything in my life is already a culture clash. My bandmates are not religious—an interesting feature of being on tour in our band is that Friday night starts the Jewish Sabbath, and I don’t work on Shabbat (which doesn’t end until Saturday night). I don’t travel. I don’t use electricity. I don’t write. I don’t use money. No shows on Friday night; no traveling on Saturday. I usually try to find a synagogue or somebody’s house to have dinner at, and it’s amazing—the hospitality of strangers. There’s a family in Leeds that I’ve stayed with three times. It’s a strange and difficult thing to do. I mean, you’re trying to join heaven and earth together. It’s not easy. It’s inconvenient. It’s strange to try to habitually transcend reality and society.

We were in Barcelona on a Friday night/Saturday morning, and I found this secret synagogue. I went to where the synagogue was supposed to be on the map, but it looked like there was nothing there. I knocked on some metal door, and it seemed like there was no one in there—but then as I was walking away, and some lady leaned out of the doorway and was like, “Pst, come over here.” It was secret—antisemitism in Europe is very real—and then she was like, come in here, and led me around this corner where there was this synagogue full of people, tons of people!