Salazar's tacos are essential when visiting East LA.
Like a LocalHere Magazine

Clare Vivier is the founder and CEO of Clare V., a handbag and accessories line out of Los Angeles. She’s lived in Echo Park on the eastside of Los Angeles since 2001, which in the last ten years has blossomed into a destination enjoyed by locals and visitors alike.

“What’s most special about my neighborhood is the sense of community I’ve always felt,” says Vivier. “From my very first store I opened in Silverlake, it’s always felt like a supportive group of like-minded people.”

Those people include Mohawk General, the first store to carry Vivier’s bags, and other like-minded brands such as Parachute Home, Aesop, The Now, and many more.

Vivier also works on LA’s eastside, with her company’s flagship in Frogtown, an up-and-coming neighborhood on the far east side of Elysian Park near Dodger Stadium.

As such, she’s become quite an expert on how to spend a day in East LA. Below, find her favorite haunts, from hidden staircases to the elusive late-night pizza place. 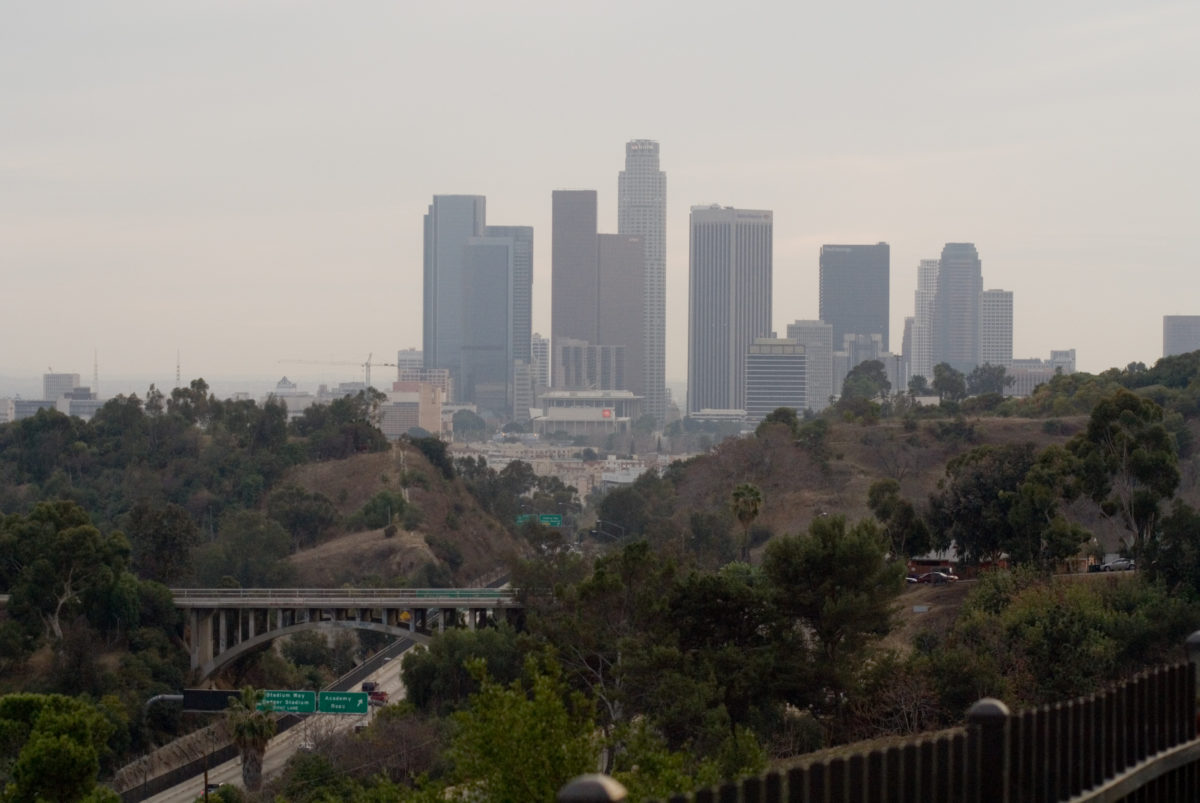 The city (and highway) view from Elysian Park in East LA.

La Colombe for an oat milk cortado. I love it there because it’s right on the LA River and close to my work.

Croft Alley for their yogurt with chlorophyll and soft scrambled eggs with turkey sausage.

I like to walk through Elysian Park with my dog, Paco. There’s a great trail and a famous swing. 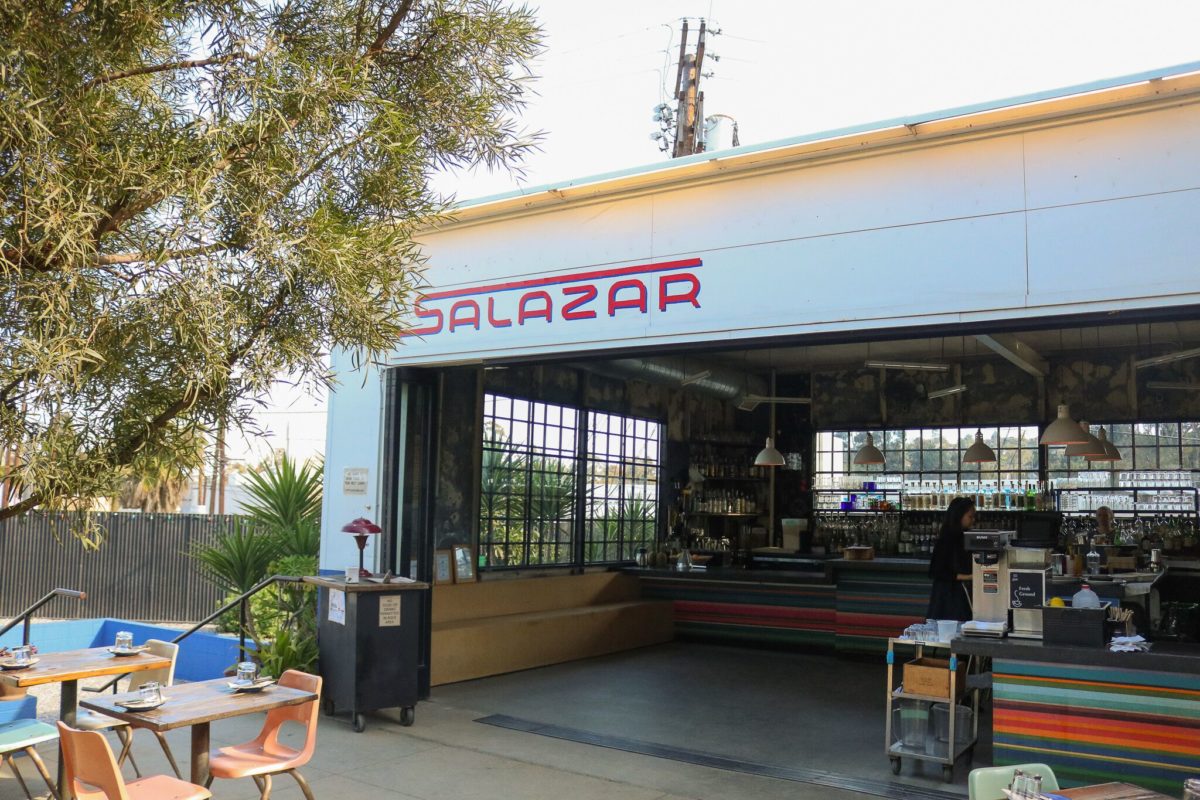 At lunch spot Salazar, dine inside the colorful restaurant or outside on the sunny patio.

Salazar for a sit-down lunch, or Wax Paper for grab-n-go sandwiches, both staples at the office.

One of my favorite things to do with locals or visitors is to take a walk on one of the hidden staircase walks found in the book Secret Stairs LA—there’s even an app for it now. It’s so fun and you get exercise at the same time.

Cookbook in Echo Park to pick up quick treats or gourmet snacks. 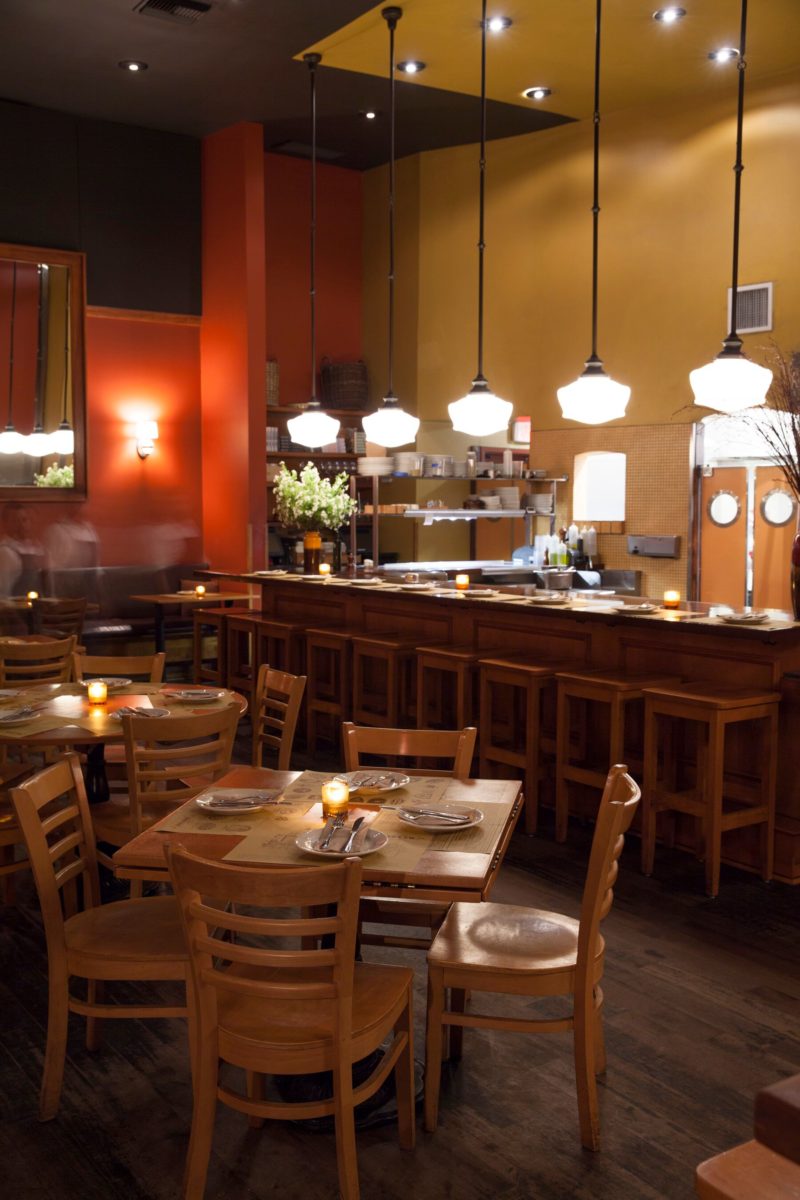 Open 'til 11, Pizzeria Mozza is the place to satisfy a late evening pizza craving in East LA. 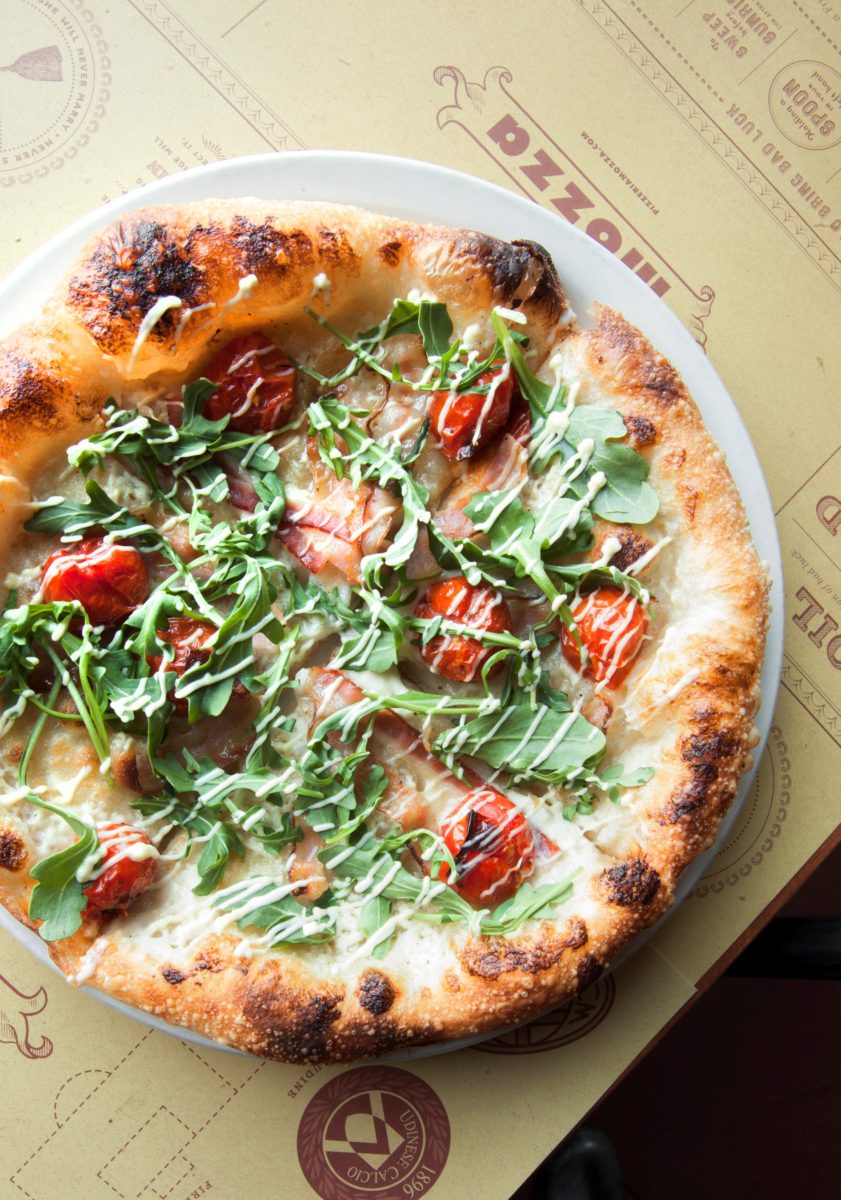 Silverlake and Echo Park have a lot of great options, but one of my standouts right now is Mh Zh. It features Israeli home cooking and has a super informal vibe (think plastic crates on the sidewalk and card tables). There’s always a wait because they don’t take reservations, but it is always worth the wait. Also, they do not serve alcohol, so your bill is always super reasonable.

Unfortunately, LA is a pretty early city. Most restaurants stop serving at 10 and you usually get snarls if you walk in close to that hour. My favorite place past 10 is Pizzeria Mozza. They’re open until 11 p.m., and it’s always delicious. 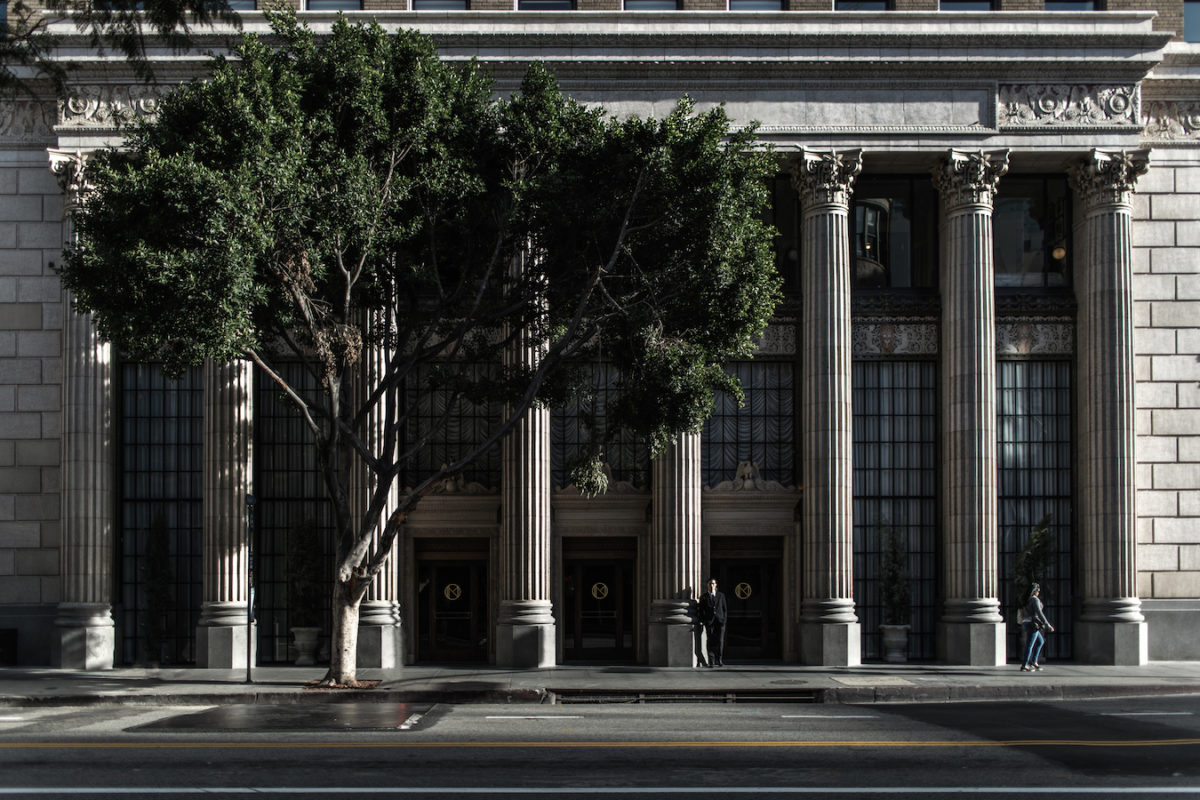 The NoMad's Los Angeles location was built inside the historic Giannini Building. Photo by Benoit Linero. 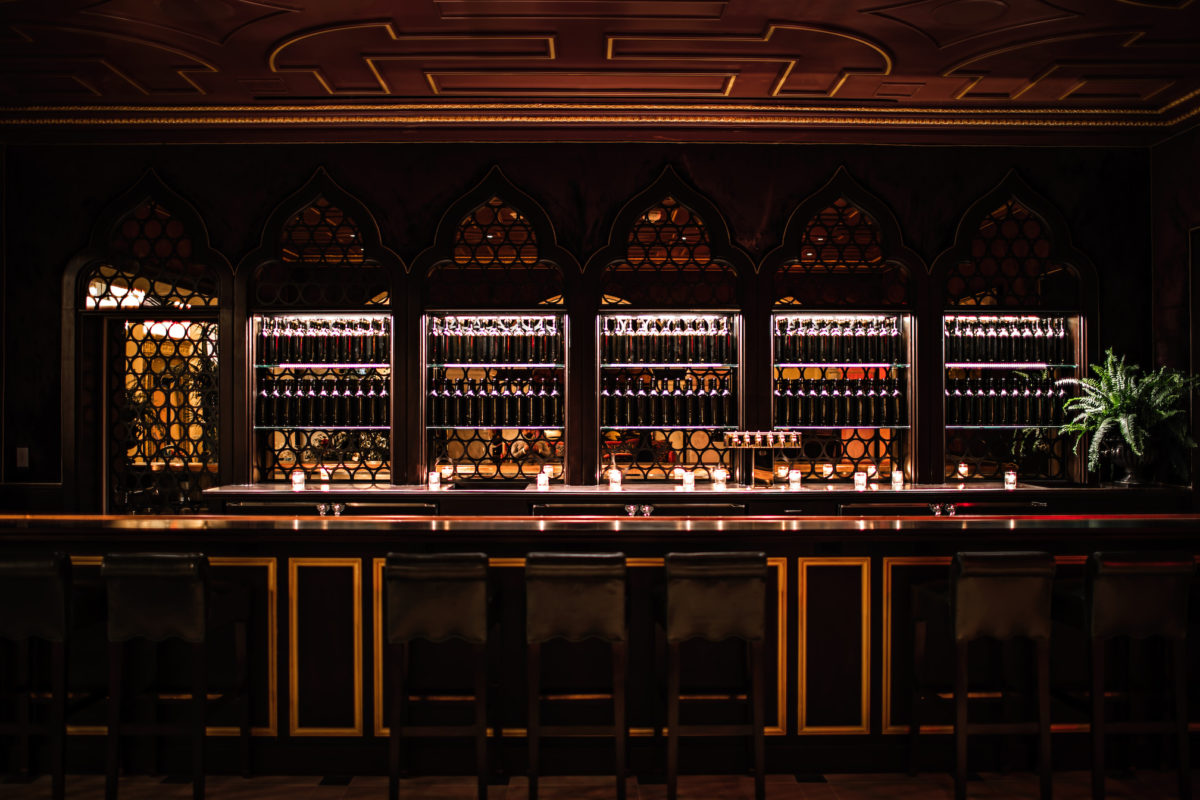 Stop by for a drink at the NoMad's Giannini Bar. Photo by Benoit Linero. 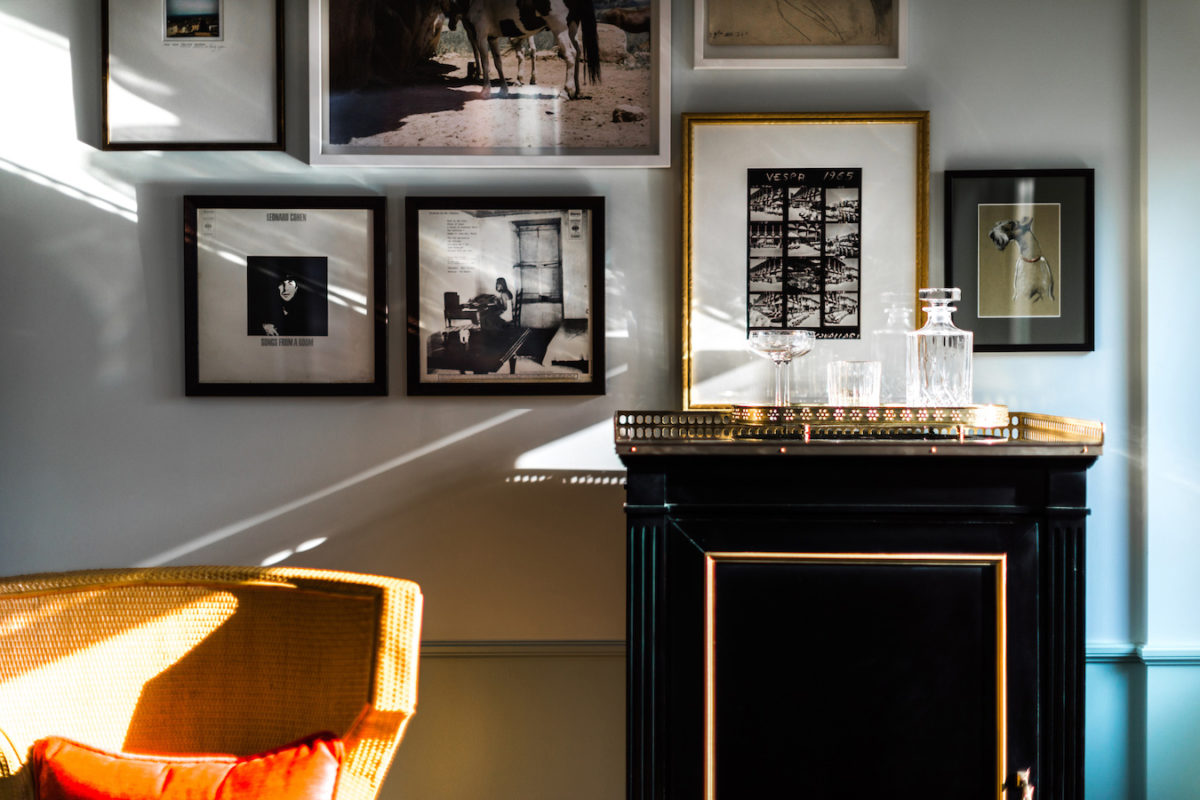 Inside a corner suite at the NoMad in DTLA. Photo by Benoit Linero.

Read Before You Go to East LA

The White Album by Joan Didion, and Tortilla Curtain by TC Boyle.

Know Before You Go to East LA

Everyone should know to not take a meeting in Santa Monica and a meeting downtown or in Silverlake in the same day. Nor should they try to visit the beach and Hollywood in the same day…nor the Broad and the Getty in the same day…you get the picture. The best advice is to stay on one side of town per day.

Where to Stay in East LA

There aren’t many options on the eastside, but I like the NoMad downtown and Chateau Marmont in West Hollywood.