I’m writing from my bed at the Belmond Mount Nelson in Cape Town, a city that I first visited three years ago, and which captured my heart in more ways than I can count. It’s a place that is impossible to understand at first look; to begin to piece together all of its complicated fabric, it requires a return trip, if not several.

Cape Town, and greater South Africa, is a puzzle that demands the world’s concentration and attention. And now that I’m intimately acquainted with this city, I’m dreaming about hopping the two-hour flight northeast to Durban.

“Twenty years ago, you’d get raised eyebrows for saying you wanted to take a trip to South Africa’s third largest city.”

Durban interests me for a number of reasons, first of which is its previous reputation. Twenty years ago, you’d get raised eyebrows for saying you wanted to take a trip to South Africa’s third largest city. The international opinion of the coastal metropolis was colored by high rates of murder and gang violence.

But the last several years have seen Durban through a cultural revival, relaxing the international community and inviting celebration of the things that make the city exciting: food, music, landscape, and heritage.

My dream trip to Durban involves all the beaches, all the nightlife, and all the bunny chow it has to offer, plus a crash-course in its particular history as one of South Africa’s busiest ports and sufferers of the brutalism of Apartheid. 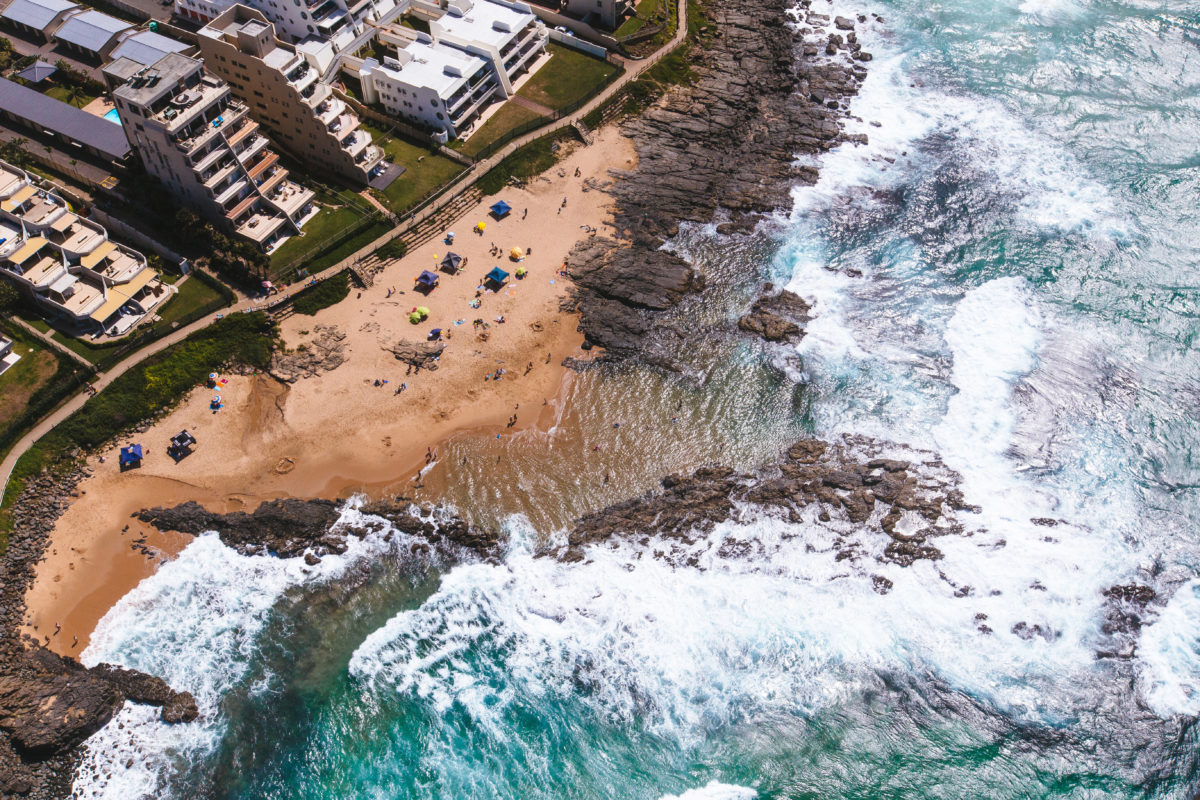 What to eat in Durban

Much of South Africa’s coastal cuisine mirrors South Asian flavors, but Durban is known specifically for its Indian influence, as it has one of the largest Indian populations outside of the subcontinent.

The signature dish of the city is bunny chow, a curry served inside a hollowed out bread bowl. In spite of the name, the protein used is usually chicken. I’m heading to CaneCutters to get my fill. For a good Zulu braai (South African barbecue), I’m heading to Max’s Lifestyle in the Umlazi Township

Where to stay in Durban

Umhlanga Rocks is an area on the coast of KwaZulu-Natal that faces the Indian Ocean, roughly 10 miles north of Durban’s city center. The Oyster Box hotel offers unparalleled views of the warm waters, which means dolphin-spotting galore. And, of course, oysters are on the menu at the Ocean Terrace and Oyster Bar, which is all the convincing I need.

What to do in Durban

During the day, I’ll be checking out the Victoria Street Market, where the melding of Afro-Indian cultures comes to life most vividly. Roaming the bazaar, I can find anything from Indian spices, curry powders, and incense to fresh fish and seafood on the first floor. Afterwards, I’m heading to the KwaMuhle Museum on Bram Fischer Road, which educates visitors on life in Durban from the start of Apartheid to now, discussing the impacts of its harsh systems of urban and labor control, and highlights local art.