While every part of the world is affected by the coronavirus pandemic, it’s inevitable that the outbreak will have a particularly lasting impact on some of the hardest-hit countries—these are the destinations that may face a decline in future tourism as a result.

With that in mind, we’re sending extra love to Central China. These provinces may not be as cosmopolitan (or as well-known) as Shanghai or Beijing, but as we’ve learned, there’s still plenty to celebrate about this resilient inland region, often dubbed as “the Chicago of China.” (And ICYMI, you can also read our ​Traveler’s Syllabus to Shanghai as a handy complementary piece.) 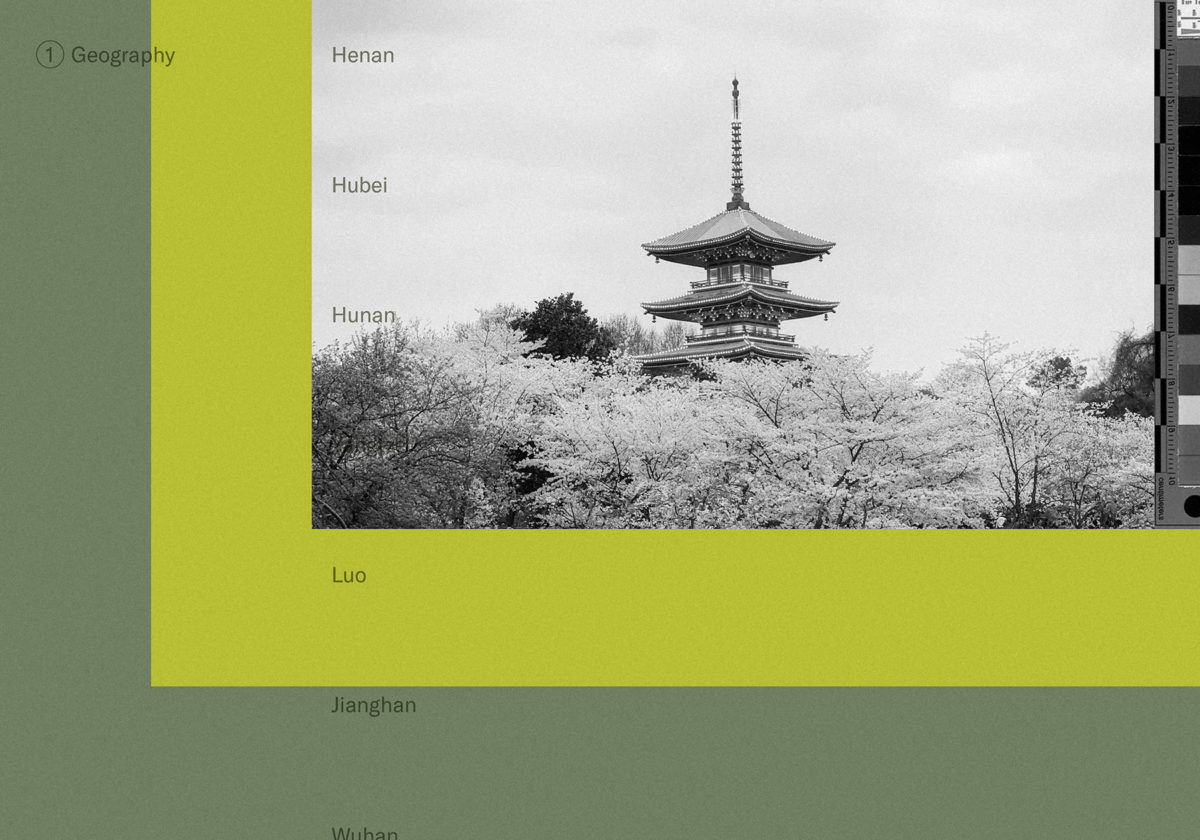 Where is Central China?

Despite its name, the term Central China isn’t actually in reference to the “middle region of China”—Central China is actually closer to the eastern coast. If Shanghai and Beijing are two points of a triangle, then Central China would represent the third point.

Central China is made up of three provinces stacked atop one another—north to south it’s Henan, Hubei, and Hunan. The relatively flat terrain, also known as the Jianghan Plain, makes up most of the Hubei region with larger mountain ranges surrounding it to the west, north, and south.

There are also a few major rivers that meander through parts of Central China, including the Han and Yangtze Rivers in Hubei, the Yellow River in Hunan, and the Luo and Yellow Rivers in Henan. 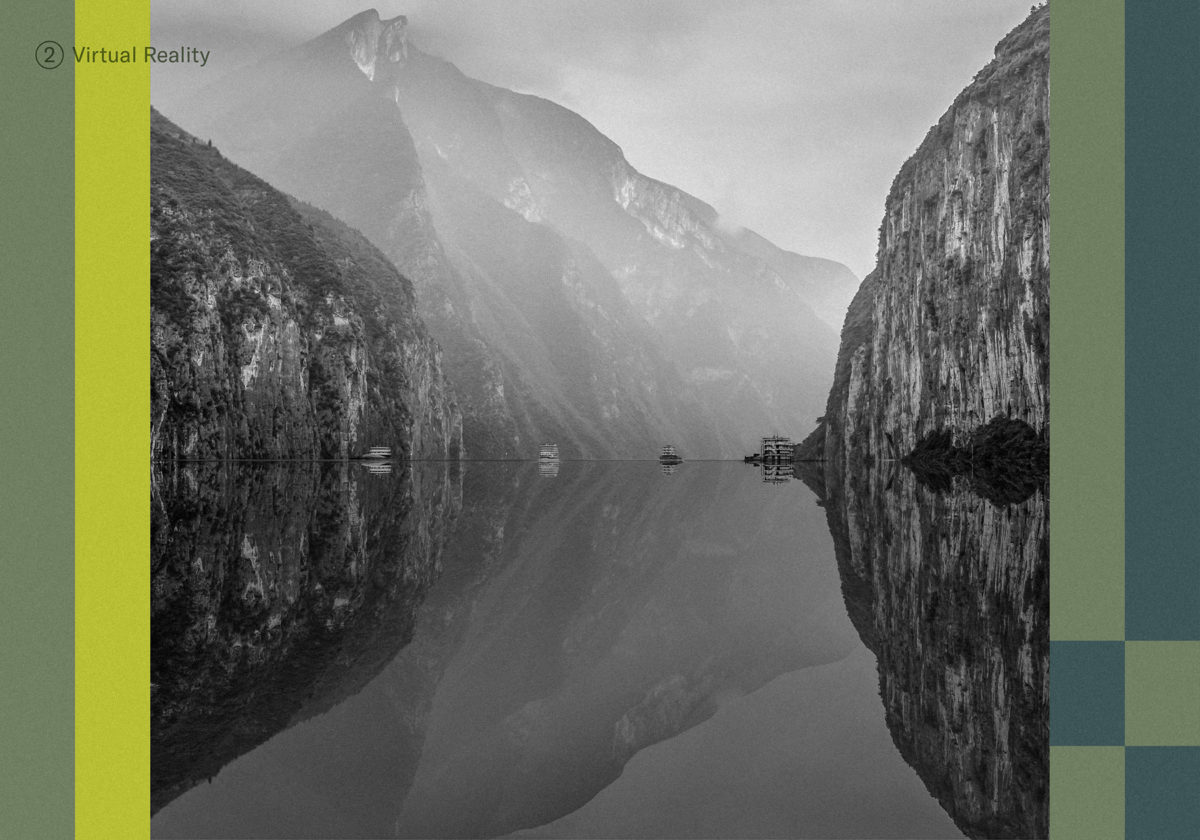 One of the most important cultural institutions in Central China, the Hubei Provincial Museum houses over 200,000 art and artifacts of the provinces cultural heritage dating back to the Chu Kingdom (770-476 BC). Explore the gardens and Chu-style architecture via Google Streetview, as well as exhibits from the museum via the Google Art Project. Immerse yourself in the love story of Prince Zhuang of Liang and his Lady Wei along with his expeditions to the west, where he procured precious gems.

The ancient Chinese martial arts practice has origins in the Central Chinese Henan Province. Said to have many physical and mental health benefits, both boosting immunity and reducing anxiety, Tai Chi aims to bring harmony between the inner and outer self through gentle flowing movements.

Discover the Ancient City of Luoyang

Temples are all around the country, but you’ll never see anything as awe-inspiring or unique as the UNESCO-protected Longmen Grottoes, massive reliefs carved into caves and mountains depicting Chinese Buddhist art. You also won’t want to miss the White Horse Temple. This striking red structure is allegedly the site of China’s very first Buddhist temple, built in 68 AD. (And yes, there is also a grand white horse statue out front as well.)

It’s imperative that you at least know how to say hello (nǐ hǎo), please (qǐng), and thank you (xiè xie), but why not get a head start on memorizing more basic phrases, or commit to a Duolingo lesson (or many).

The Legend of Hua Mulan

The legendary Mulan warrior doesn’t just have an animated Disney film inspired by her story—she has an entire mountain and scenic lake park dedicated in her honor. Green mountains and waterfalls speckle the area near Wuhan, and the Mulan Prairie serves as an ecological and cultural preserve of Mongolian customs. Though not set in Central China, the 2020 IGF-nominated video game LIONKILLER repurposes Mulan’s heroic narrative during China’s Opium Wars.

A VR Visit to Shaolin Temple

Located just over 56 miles west of the city of Zhengzhou at the foot of the lush Shaoshi Mountain, the Buddhist Shaolin Monastery and its Pagoda Forest were named a UNESCO World Heritage Site in 2010 as part of the “Historic Monuments of Dengfeng,” considered one of the spiritual hearts of China. If the term “pagoda forest” doesn’t immediately intrigue you, we don’t know what will. Zhengzhou is considered one of the birthplaces of Chinese civilization, and as a former  capital of China is a major transportation hub with railways that link all the way to Europe.

The first “trackless” train was piloted and launched in the Central Chinese city of Zhuzhou. The emission-free public transport uses an electric tram that follows a virtual route, instead of installing tracks that require construction and maintenance.

Learn about more ways the Here Mag editors are passing the time. → 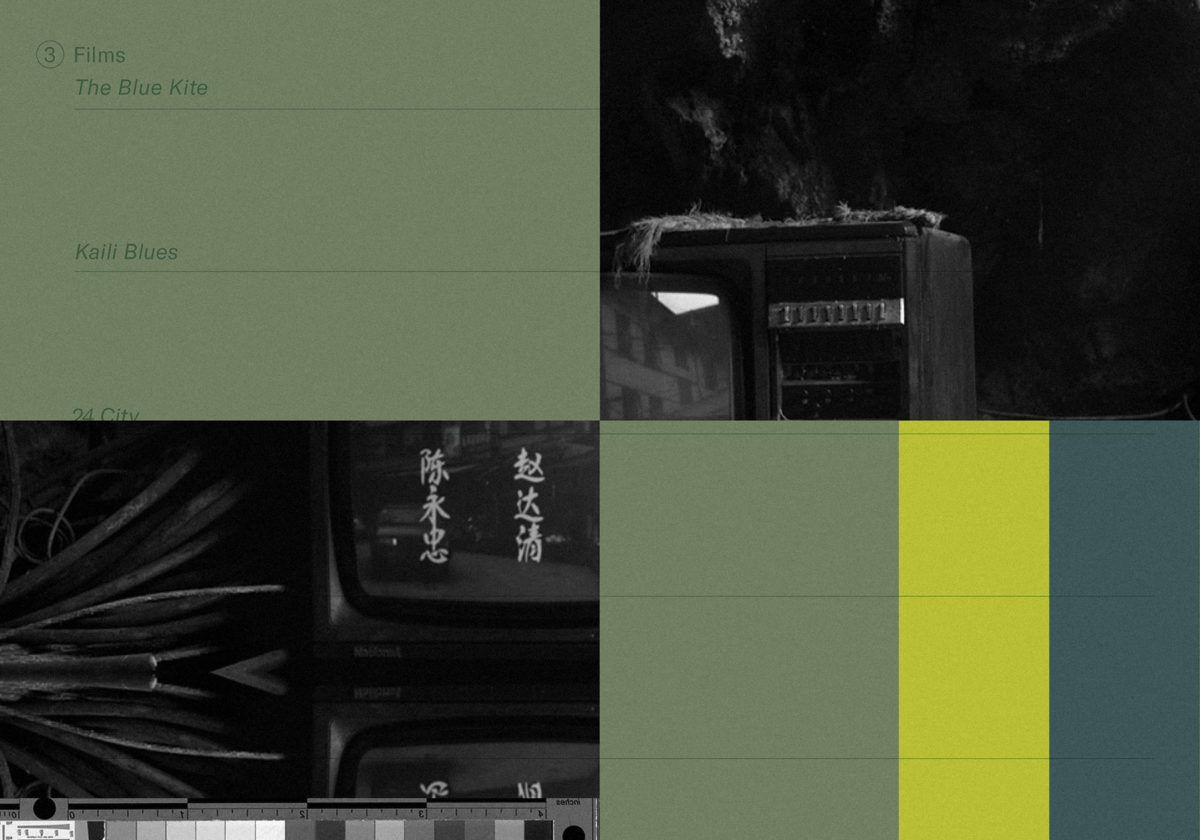 While these movies may not take place in Central China specifically, all of these films in some way reflect the inner lives of people based in a Chinese metropolis. We asked Andrew Chan, web editor at the Criterion Collection, to recommend a few titles.

You can’t talk about Chinese history without acknowledging how the Communist party destroyed millions of lives. This devastating political drama follows the story of how one family fought for survival under the regime.

After a fight with his brother, a doctor embarks on a very surreal, magical, trippy journey from the city to the countryside to rescue his nephew who had been sent away. It’s perfect for anyone who has ever felt lost, or feel a need to search for someone, or something.

This experimental film—half-documentary, half-scripted—follows the lives of eight factory workers whose lives get upended when the state-owned factory that employs them gets demolished to make way for a luxury apartment building.

6 Critic-Picked International Films to Connect You With the World at Large.→ 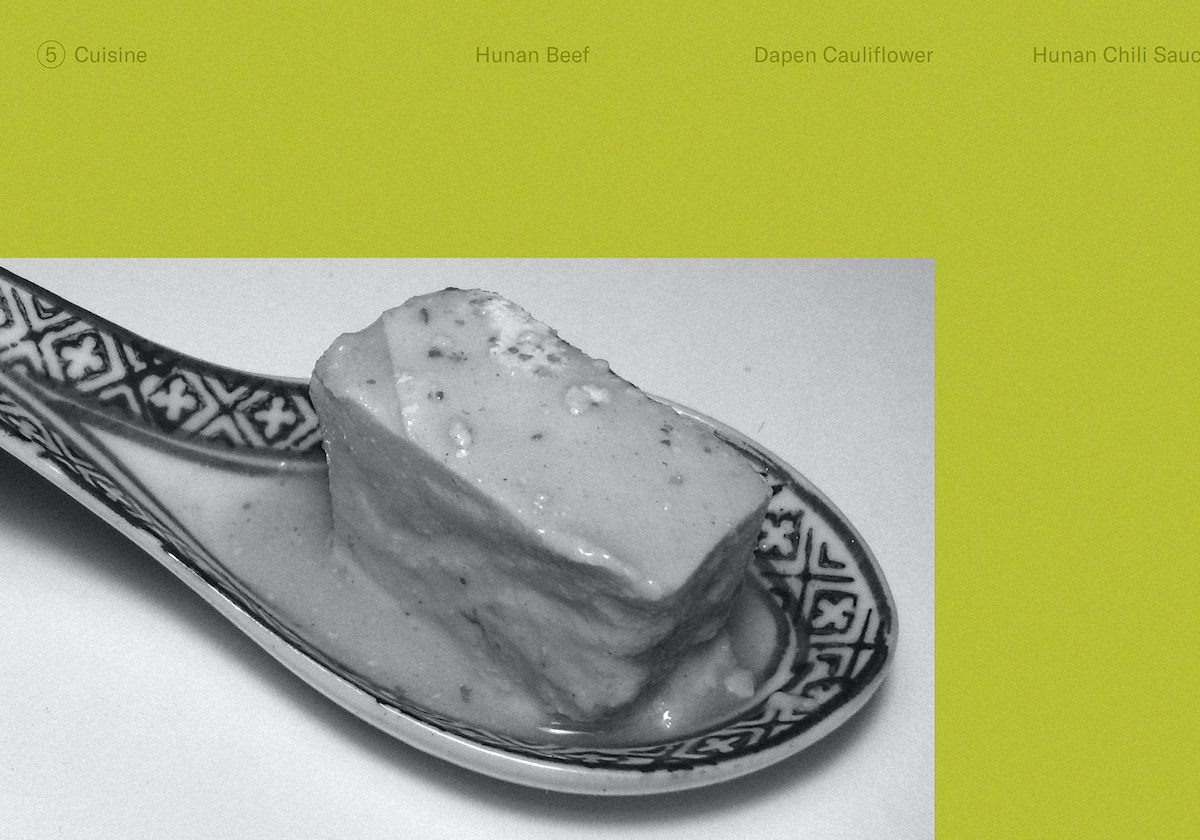 A lot of Chinese food is well-known for its meticulous balance of spice and sour, and the foods from the Hunan Province is particularly famous for perfectly striking those taste bud chords. For example, you’ll often find ingredients like fermented tofu and fermented black soy beans alongside a variety of chilies.

Naturally, there are many varieties of chilies but some of the main ones to try are vinegar-pickled chilies in noodles and meats; whole dried pointy chilis in soups and broths; and fresh sliced chilies in stir-fry and steamed dishes. Regular chili flakes are used liberally as all-purpose seasoning.

A few Hunan recipes to try: 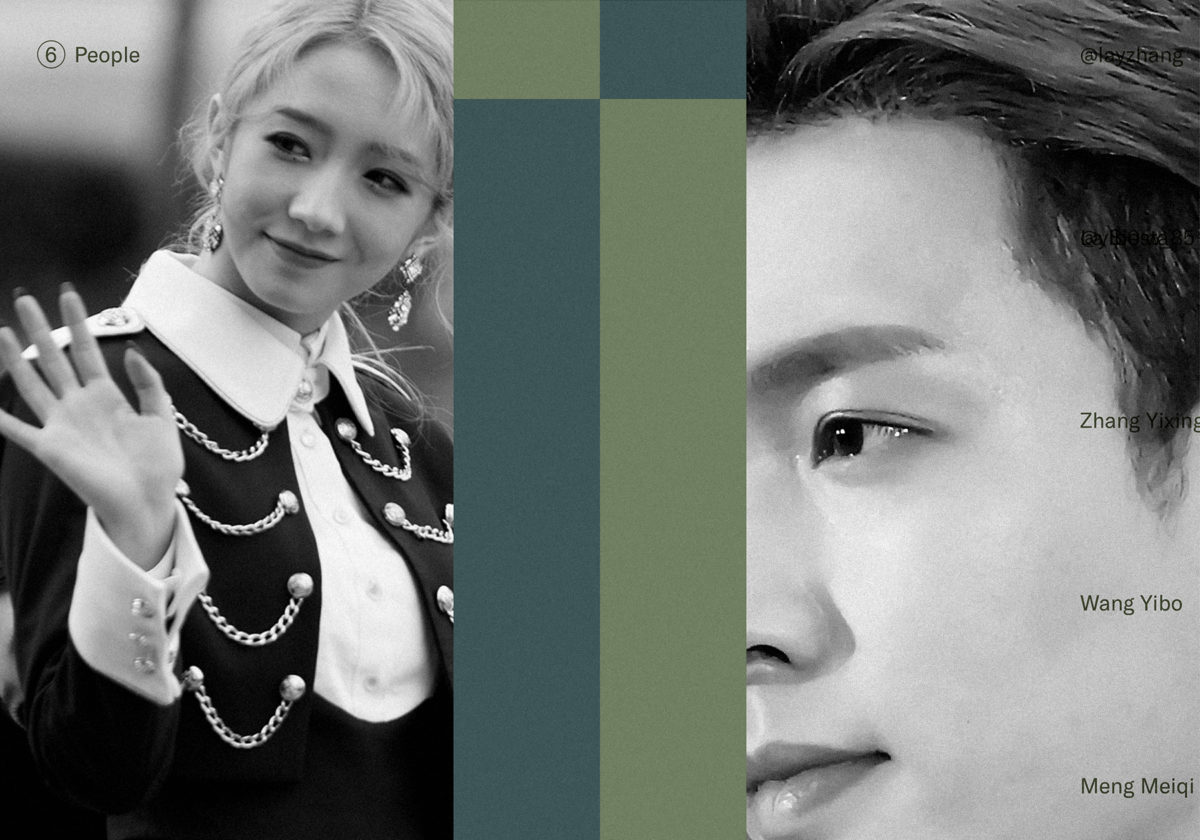 Because of China’s proximity to South Korea, many young Chinese entertainers have skyrocketed to global idol status through musical groups—they often sing in both Korean and Chinese. Here are three faces to know, who all hail from Central China.

Born in Changha, capital city of Hunan, Zhang (who goes by the stage name Lay) became a member of the boy band EXO in 2012.

Wang is a member of the Chinese/South Korean boy band UNIQ, who debuted in 2014 with their single “Falling in Love.” Wang hails from Luoyang, a city in Henan.

Meng is also from Luoyang, and is currently in the group Cosmic Girls. Prior to that, she was in Rocket Girls 101. 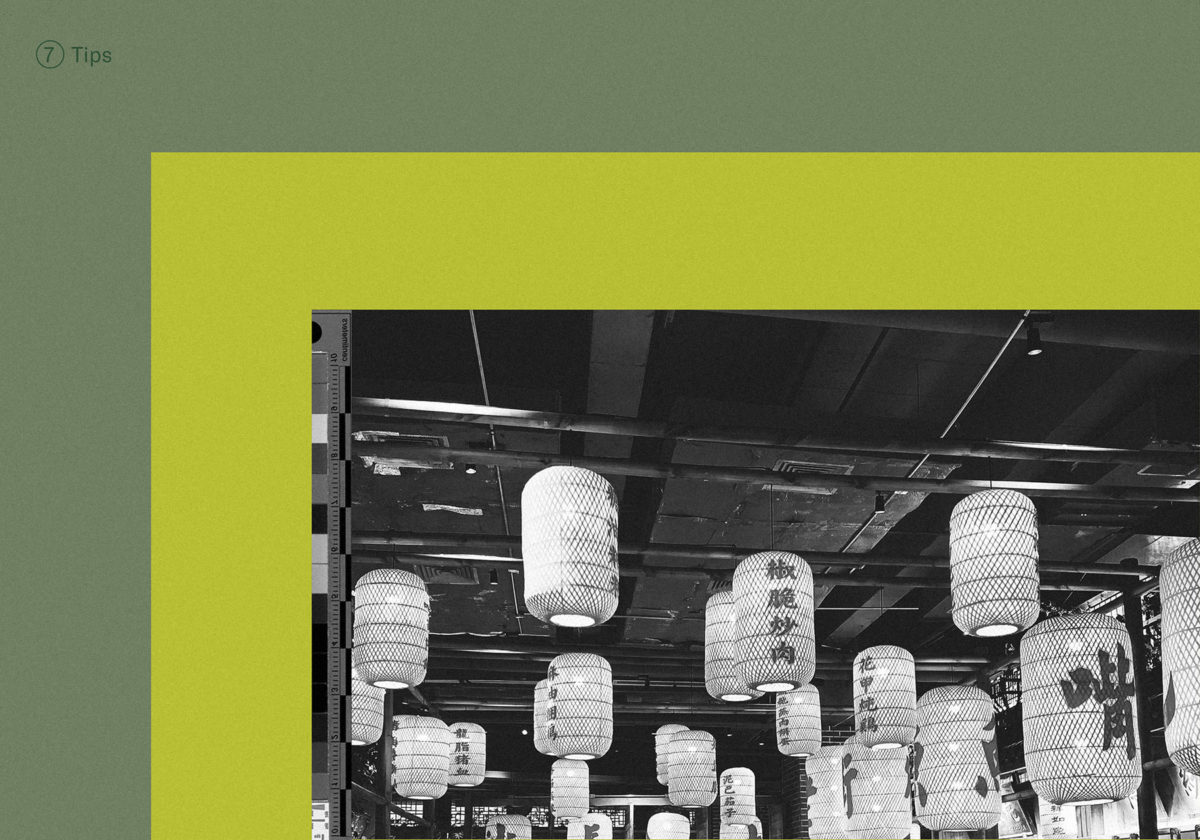 Inside Tips on Central China

Get to Know Chinese Social Media

Weibo is China’s version of Twitter and Instagram, where users can share anything from viral videos to livestream content—it’s a great resource for info-sharing, especially in the face of government censorship. (Remember to install Google Translate while you’re at it.) Read up on the difference between Weibo and WeChat here along with this New York Times explainer on Chinese social media.

Buying gifts? Don’t get anything unlucky

In Chinese culture, to gift (or recieve) certain items is considered downright rude. Clocks, watches, and shoes should never be exchanged amongst friends or family—they represent ill will and bad fortune towards the other person. Straight-up cash is always a great option, though remember to offer with both hands and get crisp bills from the bank if you’re able to.

Show your respect at temples

When visiting places of worship, wear clothing that covers up the shoulders and knees.

See the remnants of French influence​

In 1884, France and China went to war—thus, a French invasion. Centuries later, there are still influences of French architecture in some of the major cities. For instance, in Hubei, the former French customs house and French consulate buildings remain.