Welcome to Travel Crush, where our editors pine over the up-and-coming places we’ve yet to explore, why they intrigue us, and what we dream we’d accomplish once we get there. This week’s city is Bucharest, Romania.

We’ve been talking about “heritage travel” in the office lately; of visiting places our ancestors lived. With the uptick in DNA testing to determine one’s lineage down to fractions of percentages, it’s certainly a growing travel trend. But I’ve struggled with this one. I’m essentially a human mutt—I’ve never been able to definitively say I’m any one thing. As such, the desire to connect myself with any one culture in particular has never been all that strong.

For descendents of any diaspora, heritage travel is complex. In many cases, relationships to one’s lineage are nonexistent—records are destroyed—and if they do still exist, they’re often painful. I’m Jewish by heritage, with a living grandmother whose parents fled with her and her sister to Switzerland from Nazi Germany in 1938. Earlier this year, I traveled with my grandma to Leipzig to visit the house that she was born in, which was a more visceral experience than I had expected. For the first time, I felt the true weight of my family’s displacement.

The trip was so emotional that it got me interested in visiting other countries with familial ties. Romania is one such place; relatives, also Jewish, emigrated to the U.S. from there in the early 20th century. It’s a trip I wouldn’t have invested in even a few years ago, but post-Soviet eastern Europe is in the midst of an undeniable renaissance. From Krakow to Tallinn and Sibiu, cities on this historically wrought edge of the continent are drawing visitors again, offering affordable alternatives to Europe’s overcrowded darlings like Paris, London, and Barcelona. 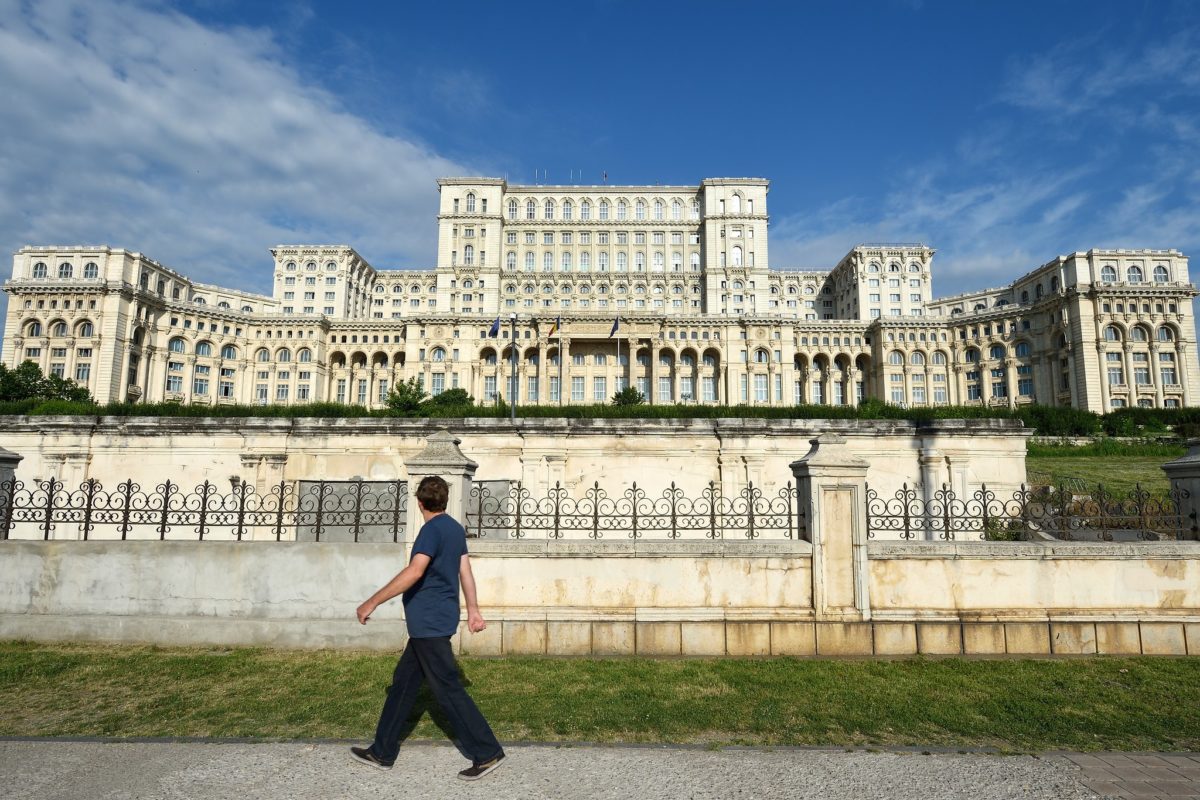 Bucharest's Palace of the Parliament, which is the second biggest administrative building in the world and houses the National Museum of Contemporary Art. Photo by Tim Adams.

Romania itself is a bubble, being that it’s a Latin country in the company of several Slavic neighbors. Technically, Romania is in the EU but not in the eurozone; Romanians use leu instead of euros. It’s in the top 20 of the world’s largest wine producing regions. Remnants of its Italian roots remain in Bucharest, the capital city, in other ways, too, especially in the coffee culture. Bucharest has the art museums and castle ruins standard to any Euro city worth its salt, but there are also blossoming food, fashion, music, and design scenes begging for exploration.

In many ways, Bucharest seems like a city that is still in the midst of a growth spurt. It’s a bit of an awkward teen, populated by a few too many (honestly, why would we ever need so many?) escape rooms. But above all else, Bucharest is a city that rewards the curious with plenty of personality, plenty of history, and plenty of delicious snacks.

Below, my dream guide to the city where I may also have plenty of long-lost cousins? 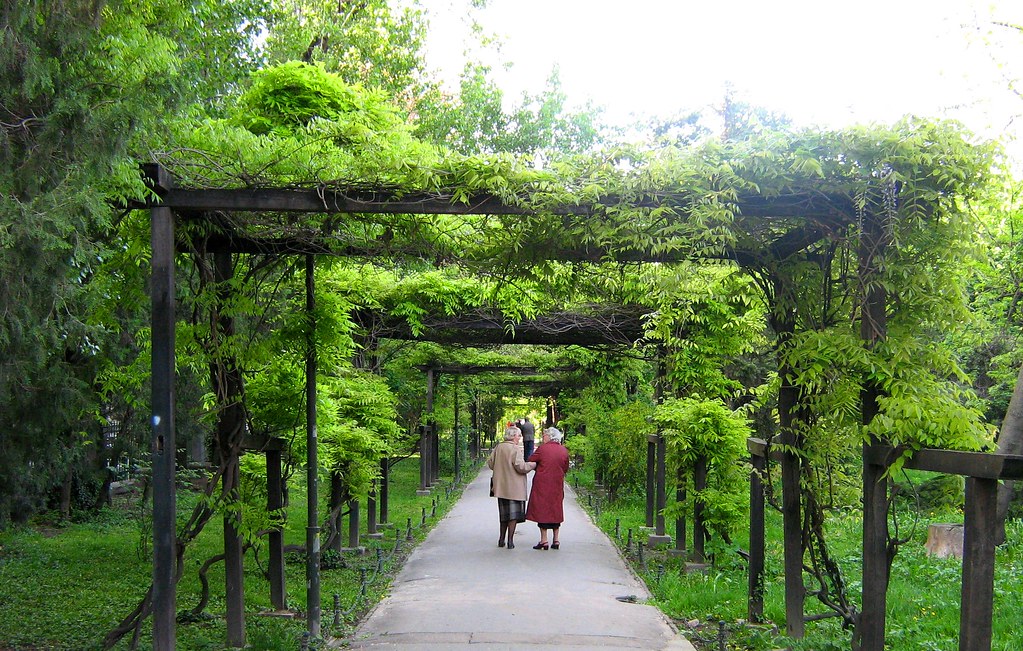 Cismigiu Garden are a vast English-style park, an elegant relic of the city's pre-communist history. Photo via Flickr.

I’m already dreaming of a trip to the Terasa Obor beer garden for an order of mici (grilled meatballs) with extra spicy mustard. For mid-afternoon coffees and small bites, there are charming cafés scattered around fashionable neighborhoods, like Beans & Dots in Cismigiu. For dinner, I’m heading to Beca’s Kitchen for some home-style cooking like baked seabass with roasted veggies.

The Mansion is a boutique hotel special for two reasons: location and aesthetic. Just a 10 minute walk from Cismigiu Garden, the Mansion is, for all you history buffs, the former residence of 19th century Romanian architect Alexandru Protopopescu. Plus, its 19 rooms have all been recently renovated and meticulously decorated.

For a respite from the energy of the big city, Cismigiu Garden will be my first stop. Great for people-watching, the garden also has a lake for rowing boats. If I tire of all the mindless strolling, I’ll head to the National Museum of Contemporary Art at the Palace of the Parliament, which is apparently the second biggest administrative building in the world. Come evening time, I’ll be checking out the bars, starting with Apollo 111 or Bordello, where I can sip a pint alongside cabaret and burlesque performances.