Yes, You Can Find Gluten-Free Pizza in Paris

There’s a perfectly good reason people queue up each day outside BigLove Caffé in Paris. First, the obvious: a no-reservation policy. Secondly, a slew of gluten-free options and killer breakfast items.

BigLove Caffé is just part of the Big Mamma Group, co-founded by Tigrane Seydoux and Victor Lugger, two Frenchies who spent their childhoods vacationing in Italy. They launched their restaurant group in 2015, with their sights set on opening authentic Italian restaurants that are bon et pas cher—good but inexpensive. Mission accomplished. One restaurant quickly turned into three: The duo now counts East Mamma, Ober Mamma, and Mamma Primi in their arsenal of eateries, as well as two additional outposts opened earlier this year.

BigLove sits on Rue Debelleyme, a small street in Le Marais, where the wildly popular Rose Bakery also used to command a line of diners spilling onto the street. But this is not just another hot spot in Paris’s coffee shop revolution with fair trade beans and pretty pastries. The slightly glammed up Neapolitan trattoria is a place to chat with actual humans as opposed to staring at a computer screen. (Although they do have Wifi if you need to plug in.) Dried hams, sausages, and wheels of cheese hang from hooks in the entry. Long walls of shelves lining both sides of the café are filled with jars and bags of spices and nuts. The hospitable staff was handpicked from Italy, and exudes pride in both the food and its provenance. 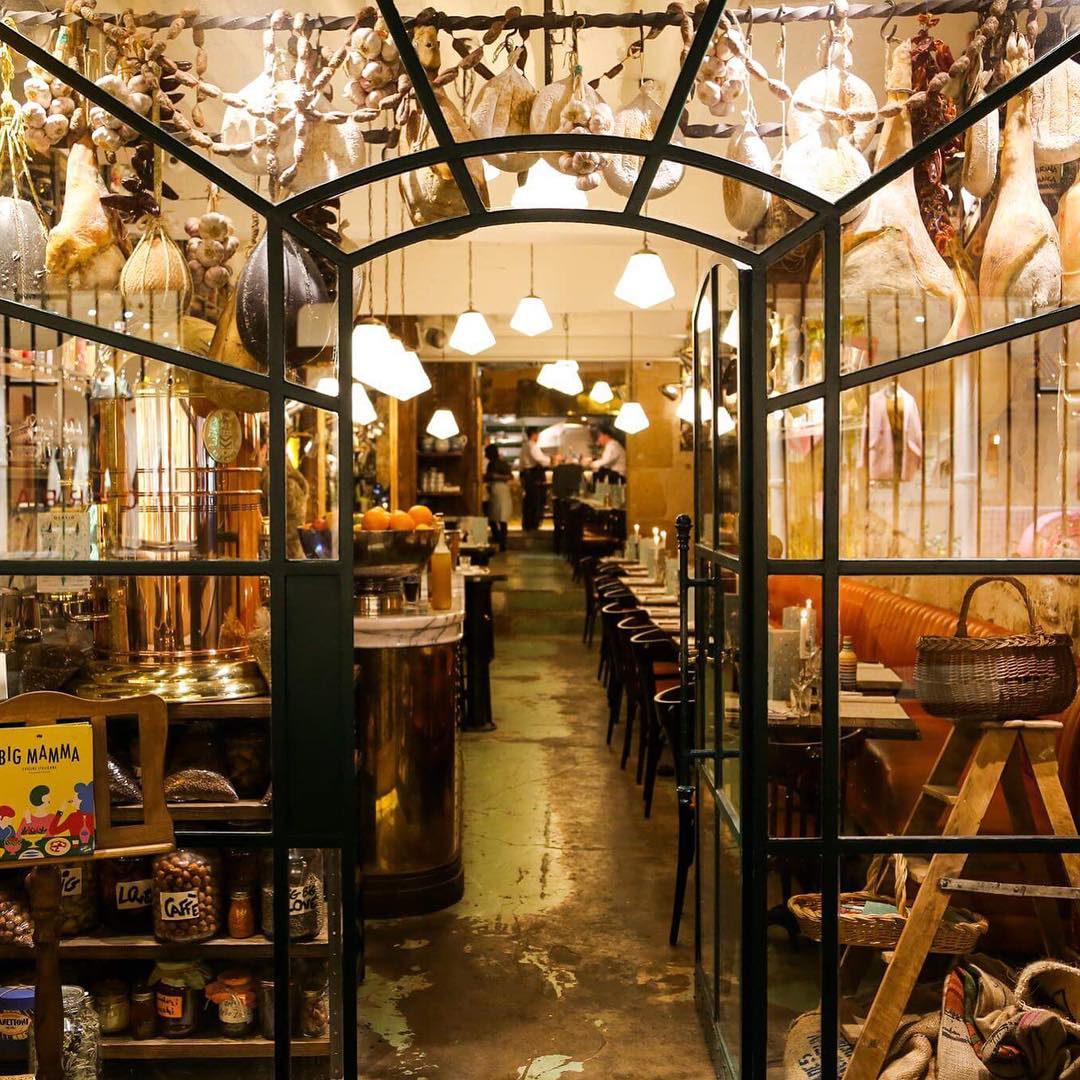 Handpicked Italian products lining the shelves and hanging from the ceiling at BigLove Caffé contribute to its cozy atmosphere. 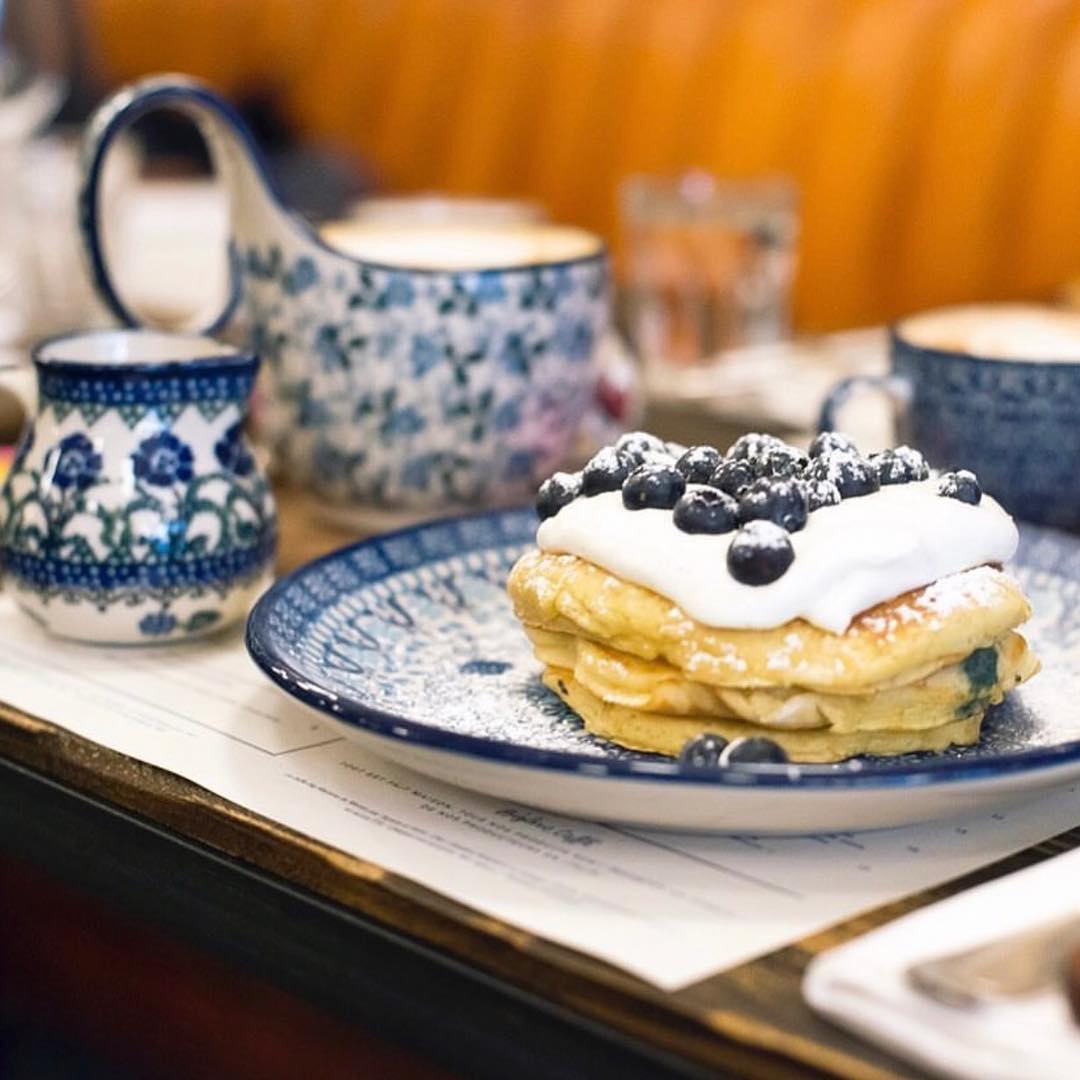 There is non-stop service from 9 a.m. to  6 p.m. and 7 to 11 p.m.—a big plus, considering most places in Paris stop serving food outside of traditional mealtimes or close in the afternoon. You can order breakfast classics like eggs Florentine, fresh fruit with organic yogurt, and “Kickass Pancakes” with blueberries. In keeping with the trattoria vibe there are also plates of jambon de parme, truffle and fennel sausage, and mozzarella di bufala or ricotta di bufala with honey. You’ll find coffee from Colombia, fresh squeezed juices with names like “Ginger Rogers” (carrot, orange, fennel, and ginger), and cocktails, as well as traditional teas and trendier hot drinks like chai and matcha lattes. The lunch menu features gluten free pizzas, pastas, and salads. If you can’t decide what to order, go for the amazing truffle pasta that half the line is probably planning to order. They are known to run out, so arrive early.