In the middle of the Warehouse District of Minneapolis, the Hewing Hotel recently opened its great wooden doors.

With rooms of exposed brick and timber from the late 1800s, and a glamorous restaurant called Tullibee, it’s the new hot spot in the Mini Apple. Before the Hewing, the hotel landscape in Minnesota’s great city was cookie cutter at best—offering zero character for visitors and a missed opportunity for local hangouts.

The Hewing is the seventh property from the Aparium Hotel Group, founded in 2011 by entrepreneur Mario Tricoci and luxury hotel veteran Kevin Robinson. They say their aim is to curate guest experiences through “translocal hospitality”—to merge transient travel with local experiences.

“Our best opportunities to do that were in smaller and emerging markets,” says Tricoci. “We’re in cities whose history and new development haven’t yet been captured in a hotel. These cities often have a classic, century-old grand hotel but not a new hotel that captures its unique energy and sensibility.”

So instead of focusing on the big five (Miami, New York, Los Angeles, Boston, and Chicago), Tricoci and Robinson have chosen cities eager to reconnect with their own history: Covington in Kentucky; Milwaukee and La Crosse in Wisconsin; and Omaha in Nebraska, with projects on the way in Kansas City, Missouri; Memphis, Tennessee; and Detroit, Michigan. 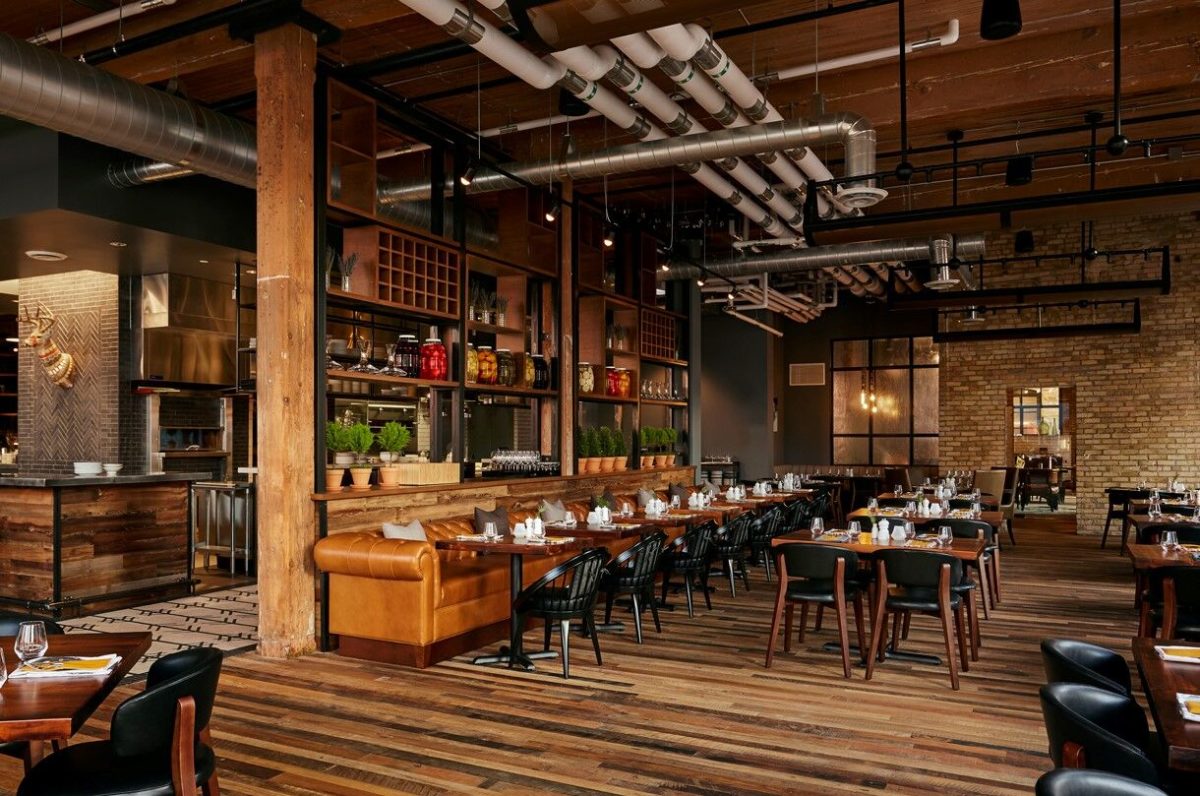 The Hewing occupies the historic Jackson Building, which was built in 1897 and underwent a $38.4 million renovation. The hotel offers a rooftop pool, bar, and yoga studio. Tullibee—inspired by the city’s Nordic roots (and named after a rare local fish)—is helmed by Grae Nonas, a 2015 Food & Wine Best New Chef. He focuses on sourcing local game, fish, and vegetables.

“Part of the attraction of staying at an Aparium hotel is the sense of place,” Tricoci says. “Even if you’re in town for a two-day conference, you can get the one-of-a-kind experience of being in that city. Your room will have snacks and beer that are unique to that region. The artwork on the walls in your room will also be made in the region. When you check out—even if you’ve only been to the hotel and a convention center—you can feel like you’ve been in that city.”

The alchemy of these hotels, too, comes from the city itself: “The historic building we acquire, the neighborhood around it, the raw materials and color palette that are intrinsic to the city’s history and design, and even the topography and climate,” says Robinson.

Business travelers especially are hunting for something more than airport and box hotels without much of a voice. “We’re not taking for granted that any traveler should expect free high-quality Wi-Fi, great food, great value, and so on,” says Robinson. “But what we can add on top of that is a one-of-a-kind experience.”